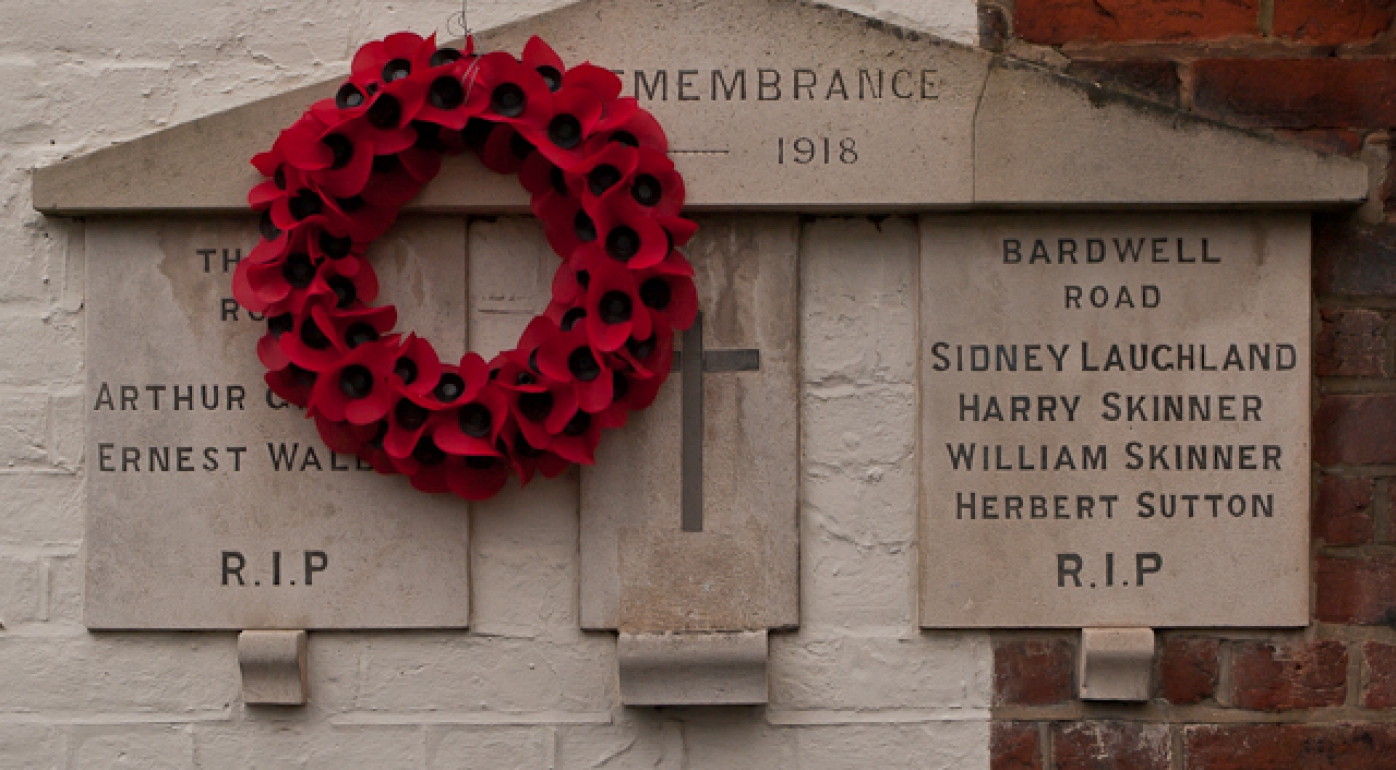 What can fiction do, in writing about war, which can be done in no other form?  Poetry, memoir, diary and fiction ought not to be pitted against one another, because they are all embodiments of the struggle to find a form for human experience.  However, each has its distinct identity, and strikes a note which can be struck by no other instrument. I’d like to begin with an example from Tolstoy’s War and Peace.  Pierre Bezukhov, dressed in a green coat and white hat, has just stepped out of his carriage,  He draws curious glances from the crowds of soldiers, for he is a count and a civilian and this is the field where the French and Russian armies are gathered to fight, under Napoleon and General Kutuzov.  Pierre, too, is full of curiosity as he absorbs the scene:

All that Pierre saw was so indefinite that neither the left nor the right side of the field fully satisfied his expectations. Nowhere could he see the battlefield he had expected to find, but only fields, meadows, troops, woods, the smoke of campfires, villages, mounds, and streams; and try as he would he could descry no military "position" in this place which teemed with life, nor could he even distinguish our troops from the enemy's.

‘I must ask someone who knows,’ he thought, and addressed an officer who was looking with curiosity at his huge unmilitary figure.

‘May I ask you,’ said Pierre, ‘What village that is in front?’

‘Burdino, isn't it?’ said the officer, turning to his companion.

‘Borodino,’ the other corrected him.

Historians can give us their views about the conduct of the Battle of Borodino, and its significance. They can argue over military decisions, and ascribe responsibility for success or failure.  What they cannot do is take us inside that moment when the future hasn’t yet happened, and the confused individual tries to make sense of what he sees, hears, smells, tastes and touches.  In a masterstroke of dialogue, Tolstoy has one officer getting the name of the place wrong.  At this moment, Borodino is an obscure Russian village, not a landmark in Russian history. The scores of thousands who will die there are not statistics, but this man in bast shoes placing a stone under the wheel of a cart, or those sunburned soldiers running towards the icon which is being brought out in a church procession.

Novelists and short-story writers understand that the imagination halts before statistics, and cannot take in the reality of a thousand dead, let alone a million. Reporters from war-zones know that it is no good trying to capture public attention by reeling out numbers. It is easier to understand the potency, the suffering and loss of war when the general is made specific, acute and inescapable. Erich Maria Remarque’s All Quiet on the Western Front gives us history from below, and stays resolutely within the consciousnesses and experiences of a group of young men who go to war and are changed utterly by it.  Often, Remarque lures the reader into the closest possible identification with a scene of dreadful unfamiliarity by beginning with what is familiar:

One morning two butterflies play in front of our trench. They are brimstone-butterflies, with red spots on their yellow wings. What can they be looking for here? There is not a plant nor a flower for miles. They settle on the teeth of a skull.

The question "What can they be looking for here?" seems innocent, even naïve, and yet it indicates how perverse this world of the trenches has become. Butterflies have nowhere to settle, except upon a skull.  Every reader knows and can visualise the palpitation of the butterfly’s wings. Skylarks ascend from No-man’s Land, while soldiers hear their song but remain trapped in the same trench, month after month.  A man has the lower half of his body and his legs torn away, but the cigarette he has lit still burns in his beard. Everything is fleshly, intimate and seared into the mind’s eye. There is almost no authorial interpretation, because none is needed. Fiction is always asking (and stimulating in the reader) the question What if? At this point in Remarque’s novel, it’s almost impossible not to ask oneself, ‘What if my own teeth, which I brush carefully every morning and evening, were to be not my teeth any more but a place for a butterfly to perch?  What if I, too, were to be blown to pieces between one drag at my cigarette and the next?

A fictional description of war may appear simple, even limpid, and yet contain within it the shock of the strange.  Katherine Mansfield’s short story An Indiscreet Journey reflects her own journey to the French war zone in 1915 to visit the journalist Francis Carco.  Here, we see from a train window the landscape of war flying past:

And now we were passing big wooden sheds like rigged-up dancing halls or seaside pavilions, each flying a flag.  In and out of them walked the Red Cross men; the wounded sat against the walls sunning themselves.  At all the bridges, the crossings, the stations, a petit soldat, all boots and bayonet.  Forlorn and desolate he looked, - like a little comic picture waiting for the joke to be written underneath.  Is there really such a thing as war?  Are all these laughing voices really going to the war?

The narrator does not tell us, except indirectly, what those ‘big wooden sheds’ really are. She first sees them through the lens of peacetime pleasure, as dancing-halls or pavilions, and this intensifies the discovery that they are field-hospitals, hastily constructed to deal with an overwhelming flow of wounded.  It is like a puzzle: look one way, and you see ingenious human playfulness, look the other and you see that same ingenuity turned to the logistics of war.  Here, writer addresses reader with such casual, engaging intimacy that it comes as a shock to realise exactly how far she has taken us. Katherine Mansfield, with great economy, shows not only what is to be seen but also how it may be looked at, and how vision falters and fails before the sheer oddity of war.

Fiction gives us, as readers and writers, an extraordinary privilege. We become closer to fictional characters than we are to our own children.  We exist inside their minds, and are part of their terrors and delights.  Each reader’s imagination changes the story, and each reader is changed by his or her imaginative immersion in the story.  A person who reads War and Peace, Joseph Heller’s Catch 22 or Irene Rathbone’s We That Were Young is educated in the deepest sense of the word.  The detail casually given takes the breath away. Mary Renault’s novel The Charioteer is set in a military hospital in Somerset, after Dunkirk. Renault herself nursed seriously-injured evacuated soldiers evacuated from Dunkirk.

Many of them had arrived in rags, some half naked, or draped in the wayside gifts of shocked civilians; and few of them had not retained from this experience some traces of a savage, primitive humiliation.  Even now those who got up were often dressed partly in items of uniform taken from the dead ...

A journalist would see the rags and wounds, a historian would explain the strafing of beaches, evacuation routes and sinking of ships. It is the novelist who includes all these but also perceives and describes the injury to the spirit. 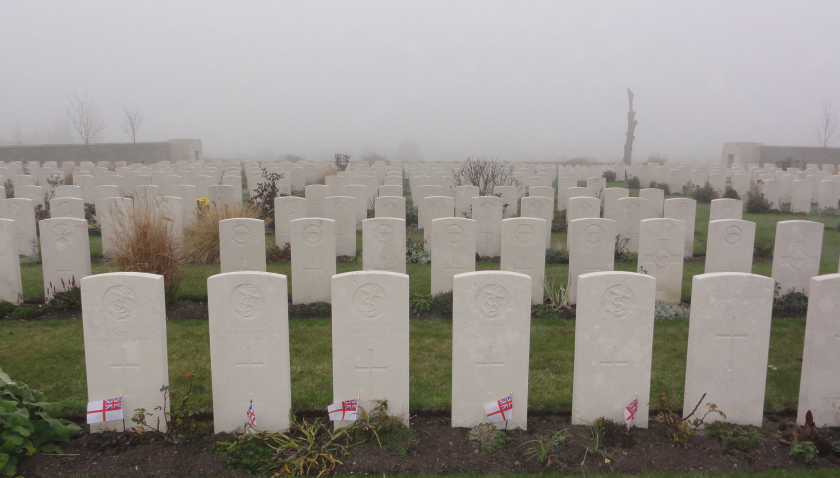 To mark the centenary of World War One the British Council launched a number of programmes highlight... 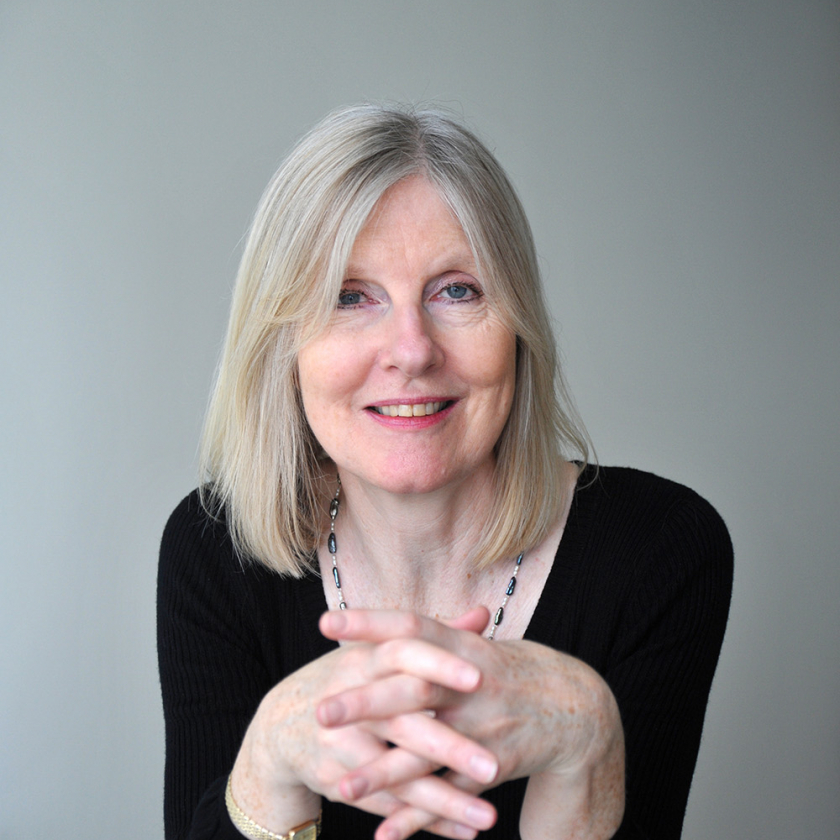 Born in Yorkshire in 1952, Helen Dunmore studied English at York University and taught in Finland fo...