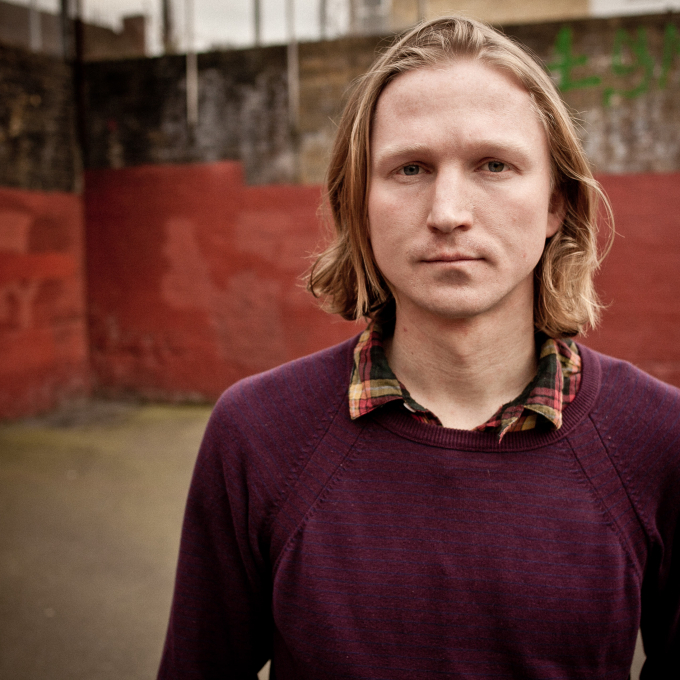 Joe Dunthorne was born and brought up in Swansea, and is a graduate of the University of East Anglia's Creative Writing MA, where he was awarded the Curtis Brown prize.

His poetry has been published in magazines and anthologies and has featured on Channel 4, and BBC Radio 3 and 4. A pamphlet collection, Joe Dunthorne: Faber New Poets 5 was published in 2010.

His first novel, Submarine, the story of a dysfunctional family in Swansea narrated by Oliver Tate, aged 15, was published in 2008. It was made into a film which premiered at the London Film Festival in 2011.

His second novel, Wild Abandon, is about a brother and sister living on a commune in South Wales, and was published in 2011. It was shortlisted for the 2012 Wales Book of the Year Award.

Oliver, the obnoxious anti-hero of Joe Dunthorne’s debut novel, is nothing if not a lover of words, and Dunthorne himself is essentially a poet.

His earliest pieces, such as ‘Intelligent Animals’ (a poem written for Liberty about the treatment of terrorist suspects) and ‘Eating Out’ (a poem about food, excess and waste), display a strong social conscience. At the same time ‘Eating Out’ undercuts any sense of self-righteousness by satirising the middle-class complacency of the speaker:

'so the really good restaurants
have a cage,
a big steel cage in the alley out the back,
to protect the scraps
from these poor sods
with their bellies cramping
and their sunburnt eyelids
and so, I mean,
it makes you feel terribly helpless really,
forty slightly overdone scallops
going to rot in a cage, imagine.'

In a slightly different manner, ‘A sestina for my friends’ sends up the pretensions and potential pomposity of the poet. The speaker (named Joe in this poem, as if to leave no doubt) gradually reveals his apparent spontaneity (the gifting of W.G. Sebald’s Rings of Saturn, for instance), is premised on a calculating and self-conscious ‘cleverness’ that makes the piece cringe-worthy to read. Similarly, in the introduction to the poem,‘This is Crispin’, we get a parody of pretension that is hard to miss:

'The weather was palindromic on the day we tried to infiltrate experimental French literature. Rain, clouds, sun, clouds, rain. We wanted to be part of the Oulipo, a group of writers and mathematicians who formed in Paris in the 60s.'

The undeniable element of humour that underpins much of Joe Dunthorne’s poetry also provides the backbone for his first novel, Submarine (2008). Frequently described as a cross between Holden Caulfield and Adrian Mole, Dunthorne’s 14-year old protagonist is South Wales’ answer to Salinger’s The Catcher in the Rye. If Oliver Tate’s off-putting obsession with dictionary definitions ('ultrasound, cognitive dissonance, pansexual, triskaidekaphobic') recalls Sue Townsend's classic Mole diaries, those familiar with Dunthorne’s early poems will make connections closer to home. At points the book seems more like a series of dictionary rather than diary entries and each day, Oliver Tate memorises new words that form the chapter headings for his narrative.

Like the poems, the novel experiments with voice as much as words, typically exploiting the narrator’s youth to speak the unspeakable or inappropriate. He has no qualms about bullying the ‘fat girl’ at school, and an otherwise innocent trip with his dad to a bottle bank becomes something else in Oliver’s head ‘I’m high-fiving wine bottles through a stiff brush. It is a bit like a mass grave and all the green bottles are Jews. There are brown bottles and clear bottles too but not nearly as many. With Gestapic efficiency, I pick out another green bottle from the crate. All the bodies will be crushed, recycled, and used in building motorways’ (16/17). Beyond the overdone extended metaphor there is a blunt literalism to these lines that characterises Oliver’s story more generally. All is on the surface, and, without flinching, he can tell his mum to ‘fuck off’ and confess to the doctor next door that he has been sick on his yellow Lotus. His sentences tend to be, rather like a concise dictionary, abrupt statements of fact. At the same time his irrepressible urge to let everything spill out is notably lacking in precision, merely calculated to generate reaction from what he feels are the repressed lives of the adults around him. When he is not observing his parents' dreary sex life by the dial on the dimmer-switch, he is striving to lose his own virginity before he comes of age. Oliver’s actions seem a deliberate affront to his parents whom he feels won’t tell him anything; are holding back secrets. As Carrie O’Grady sums it up in her Guardian review, Dunthorne:

'… loads a great deal on Oliver's skinny shoulders, since the boy narrates the whole book, and his adolescent self-obsession means he is mostly turning the lens on himself. Dunthorne keeps this from becoming tedious by varying Oliver's character subtly, so that in one chapter he seems like a lovable, quirky oddball, in the next a creepy little weirdo. It may be a lack of authorial experience or it may be a deliberate device to keep us interested, but either way, it works: this feels like an authentic portrait of someone floundering around in an attempt to discover his own identity as he grows up.'

The novel is full of set pieces that arguably fail in places to sustain a plot that stretches over 300 pages, but the critics are unanimous in their overall assessment of Submarine as an engaging and evocative read.

Dunthorne may yet find his greatest talents lie in the short story form, and his 2010 tale, ‘Critical responses to my last relationship’ was runner up in The Sunday Times Short Story Award. Along with an earlier story, ‘You Are Happy’, ‘Critical responses to my last relationship’ experiments with the boundaries of the genre, combining the discourses of journalism, or (in ‘You Are Happy’) the role-playing format of the Choose Your Own Adventure stories associated with Steve Jackson and Ian Livingstone.

Joe Dunthorne’s literary career is still in its infancy. However, if the publishers (Penguin, Faber) and reviewers (The Independent, Time Out, The Observer, The Times) are anything to go by, the young Welshman is a talent to watch. 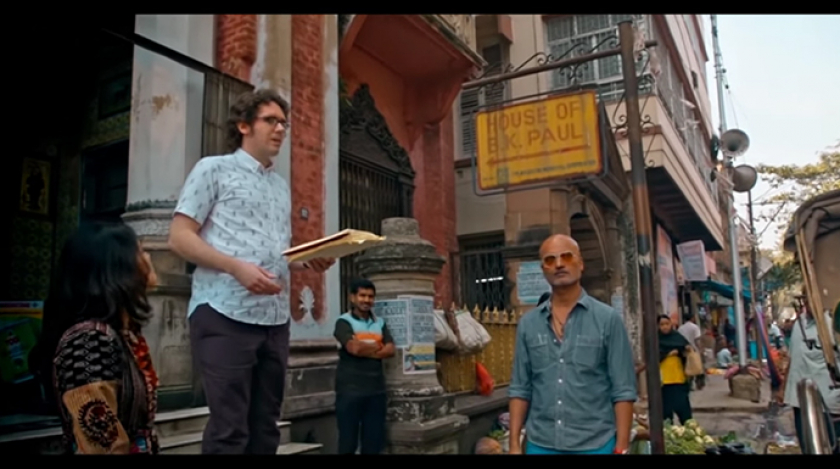 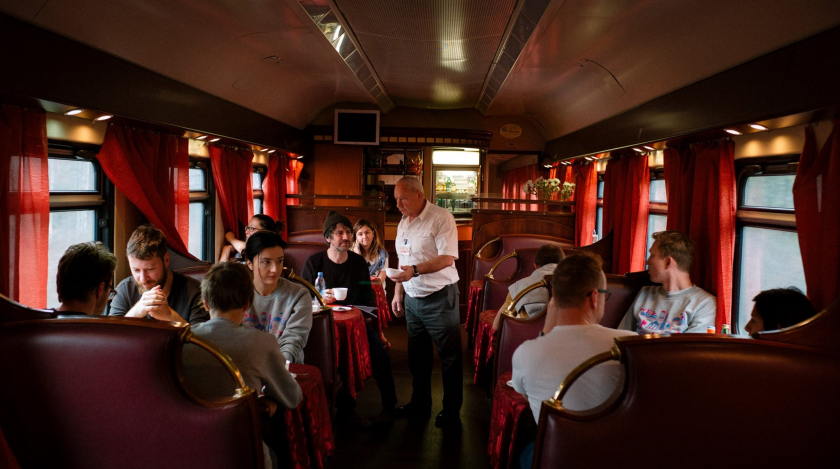 @joedunthorne Last month's episode of Stress Test is now online – with the polymath of Bangalore, Jeet Thayil. He wrote a ghazal… https://t.co/35RUKUVlui
(2 days ago)

@joedunthorne @Anna_Selby Oh nice, that's more my scene. There's a few at Kew I'd like to write in.
(3 days ago)

@joedunthorne @commentator01 oh, thanks so much! That's great to hear.
(4 days ago)