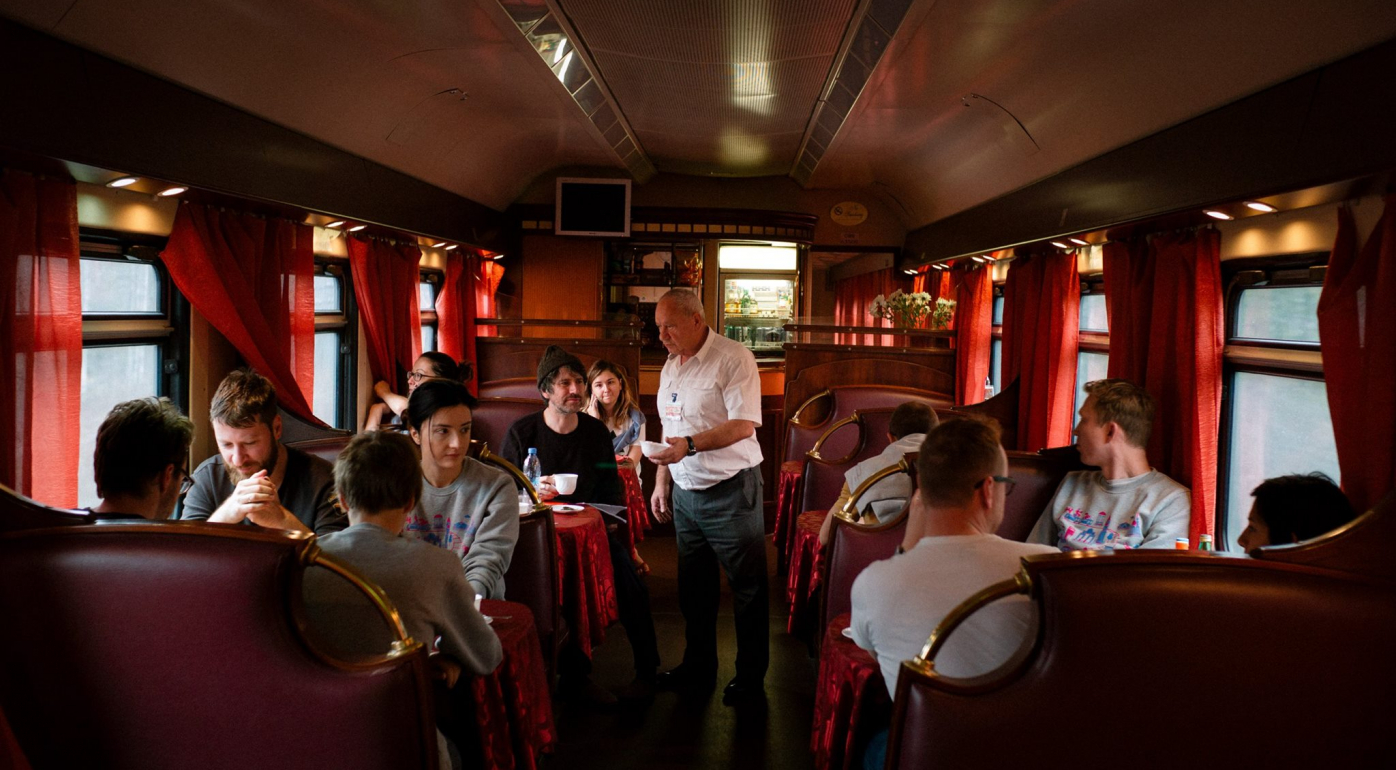 Restaurant car on the train, photo by Francesca Panetta

Trans-Siberian Lit, a travelling art residency which took place in late 2016, is now available to experience online at The Storytellers.

The Storytellers is the artistic representation of a two-week journey by artists, photographers and musicians from Russia and the UK on the Trans-Siberian Railway. It is a legacy of the British Council travelling art residency known as TransLit in which six artists spent fourteen days together as they explored five cities along the Trans-Siberian Railway. The Storytellers is an interactive website which fuses multiple formats of representation: documentary cinema, photographic essays and original texts.

The team travelled thousands of kilometres by train, spending several days in Moscow, Kazan, Yekaterinburg, Novosibirsk and Krasnoyarsk as they experienced Russian culture, met locals and listened to their stories; recorded and filmed the life around them. These shared stories, poems, and films make up The Storytellers.

"The six artists on this journey are coming from very different disciplines and aesthetics, the project layers their responses."

Inspired by Walter Benjamin's essay of the same title, "The Storytellers" illustrates how travel can inspire new work but also how artists can't help but tell their own stories along the way.

The Storytellers was produced in partnership with INRUSSIA, a multimedia platform which publishes original videos and texts about Russian culture in English. The web documentary format, with its intuitive navigation and multiple entry points, allows the audience to feel a part of the journey. 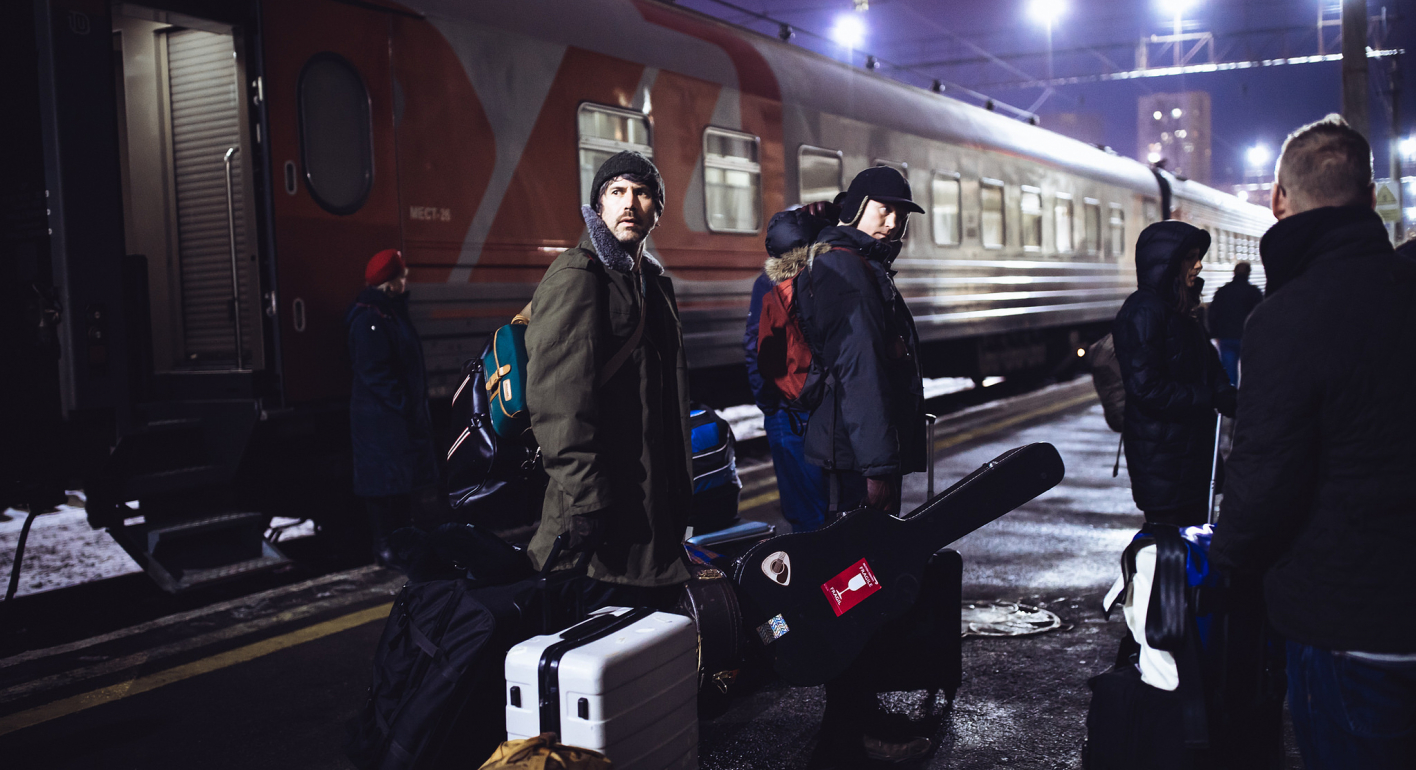 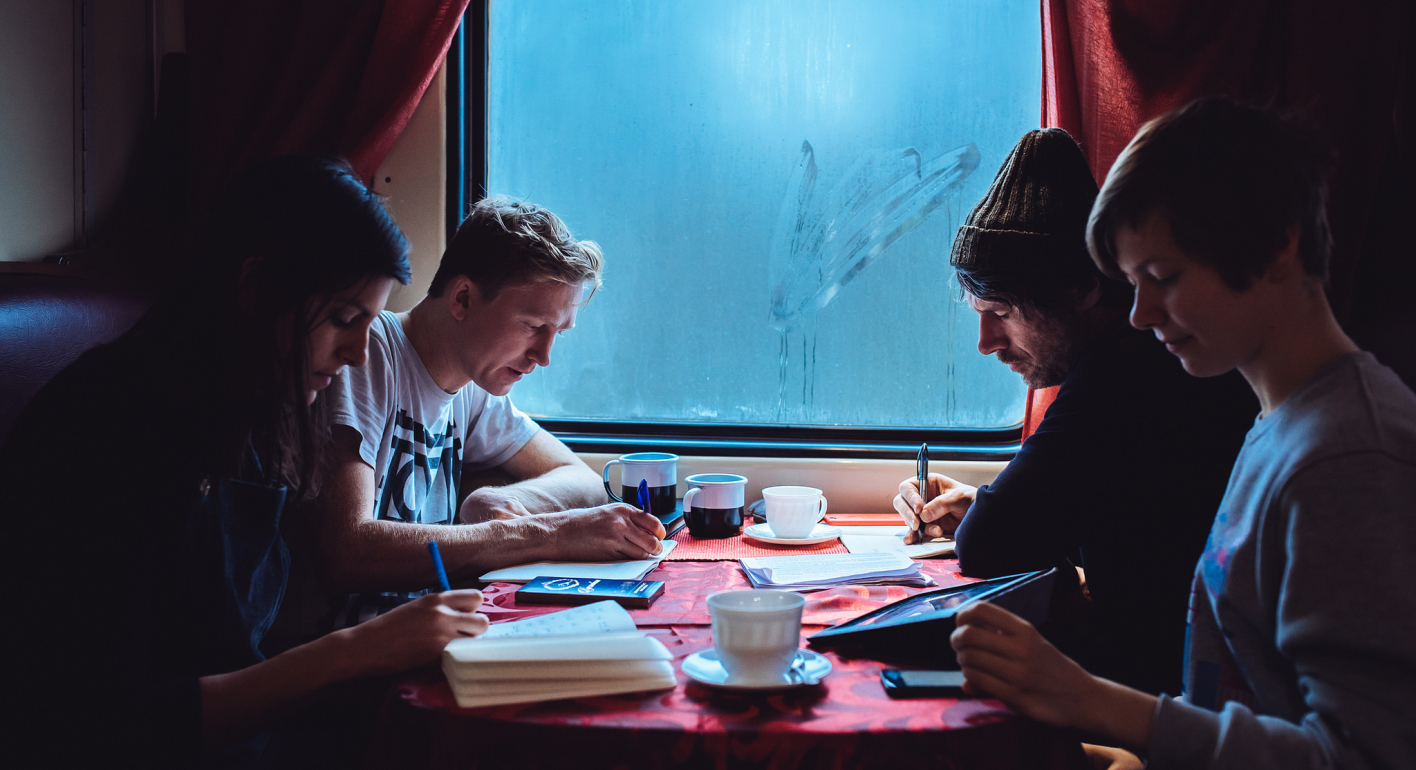 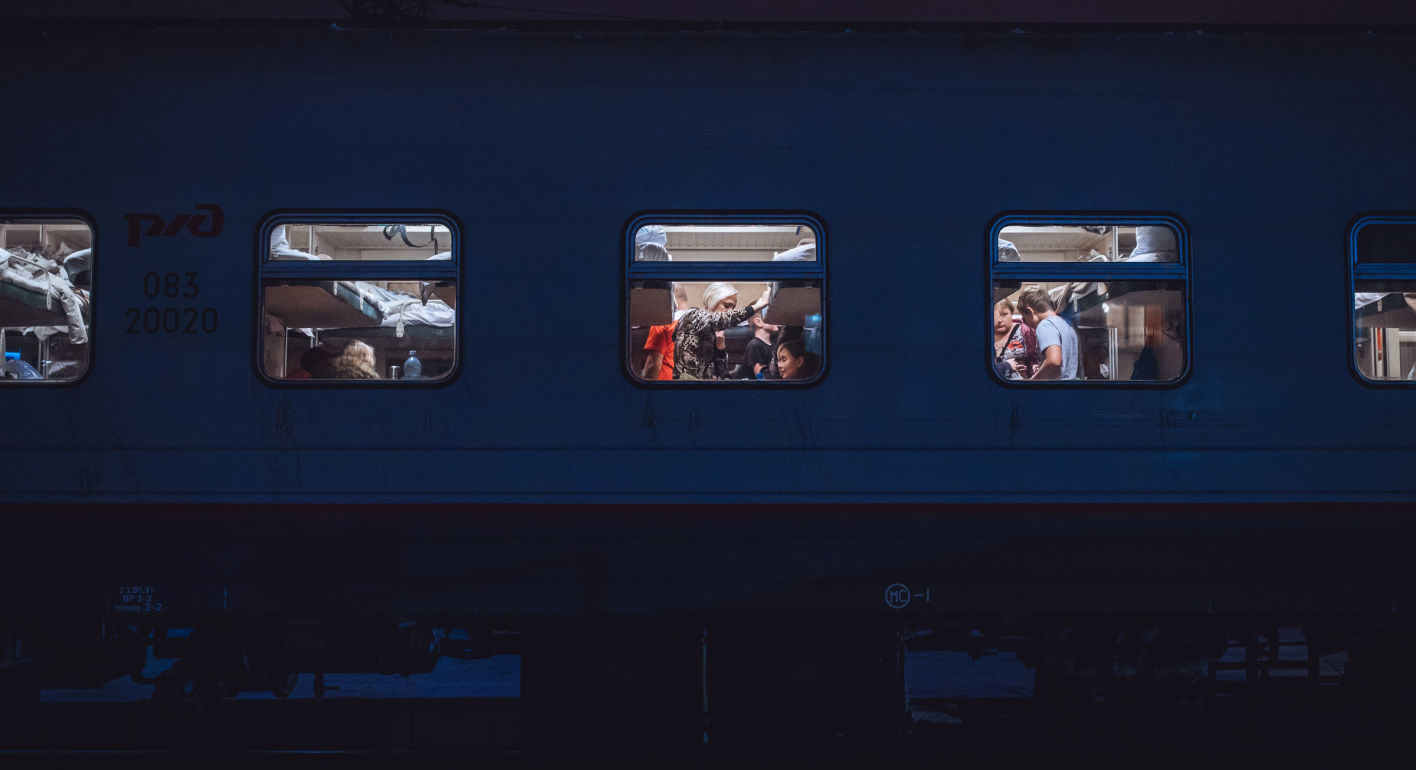 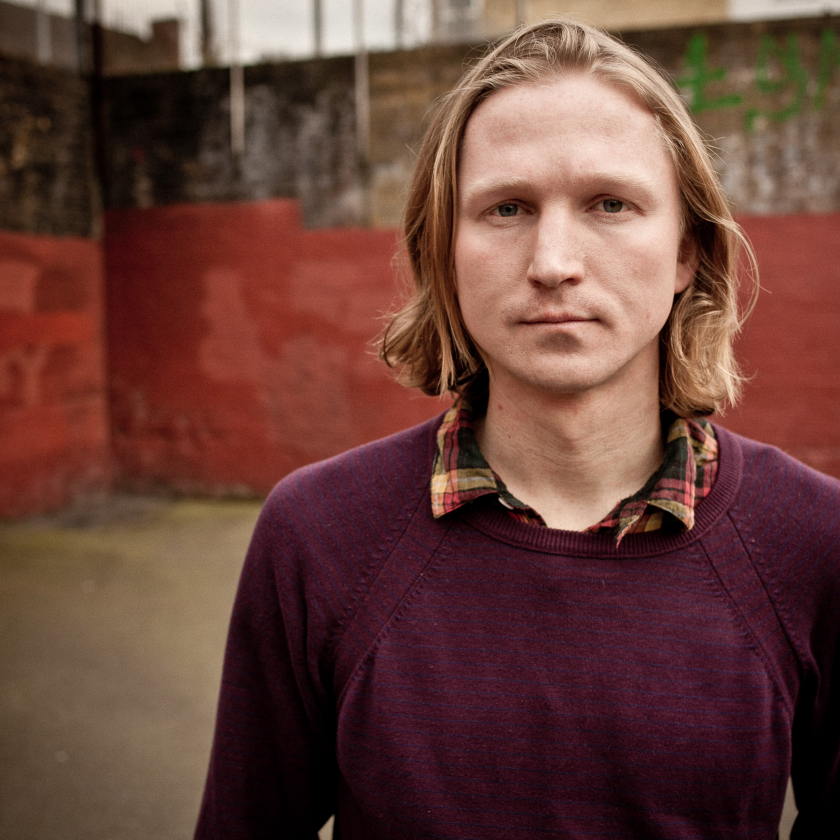 Joe Dunthorne was born and brought up in Swansea, and is a graduate of the University of East Anglia...

@judithbarrow77 RT @elissa_soave: Just finished @CaronMcKinlay #TheStorytellers and it is as good as the 5star reviews lead you to expect. 3 women caught…
(11 hours ago)

@SarahFaichney RT @elissa_soave: Just finished @CaronMcKinlay #TheStorytellers and it is as good as the 5star reviews lead you to expect. 3 women caught…
(4 days ago)

@CordellLesley RT @elissa_soave: Just finished @CaronMcKinlay #TheStorytellers and it is as good as the 5star reviews lead you to expect. 3 women caught…
(5 days ago)

@CaileanSteed RT @elissa_soave: Just finished @CaronMcKinlay #TheStorytellers and it is as good as the 5star reviews lead you to expect. 3 women caught…
(5 days ago)

@LiverpoolLit RT @elissa_soave: Just finished @CaronMcKinlay #TheStorytellers and it is as good as the 5star reviews lead you to expect. 3 women caught…
(5 days ago)