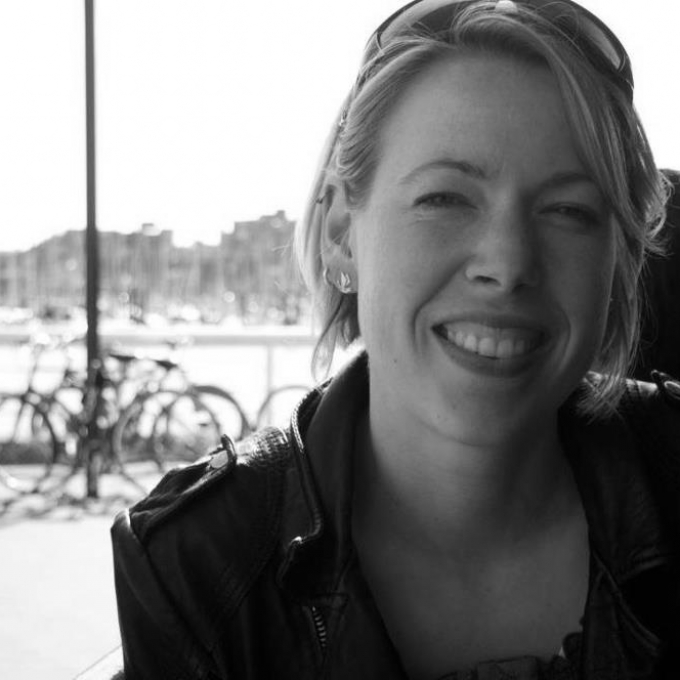 The poet Helen Mort was born in Sheffield in 1985, and grew up in Chesterfield, Derbyshire. She was awarded a double first for her bachelor’s degree in Social and Political Sciences at Christ’s College, Cambridge in 2006, and alongside her subsequent literary activities completed an interdisciplinary PhD project (in English and Neuroscience) at the University of Sheffield.

Mort has published two pamphlets with tall-lighthouse, the shape of every box (2007) and a pint for the ghost (2009), and Lie of the Land (2011) for the Wordsworth Trust (where, in 2010, she was appointed the youngest ever poet in residence). Her first full-length collection, Division Street, which was published by Chatto & Windus in 2013, was shortlisted for the T. S. Eliot Prize and the Costa Prize, and won the Fenton Aldeburgh First Collection Prize.

These accolades are only the latest in a string of prizes that her work has collected in her short career. Mort has received the Foyle Young Poet of the Year award five times (and now acts as one of its judges). In 2007, she received the Eric Gregory Award from the Society of Authors, and the following year, she won the Manchester Young Poet Prize.

Mort was crowned as Derbyshire’s fifth poet laureate in 2013, serving a two-year term. In 2014, she was named as one of the Poetry Book Society’s Next Generation poets, a list that appears only every ten years. She is currently the Douglas Caster Cultural Fellow in the School of English at the University of Leeds. Her second collection of poetry, No Map Could Show Them, was published in 2016.

In the course of her short career, Helen Mort has attracted an extraordinary array of both praise and prizes. Carol Ann Duffy has positioned her ‘among the brightest stars in the sparkling new constellation of British poets’.

Following well-received pamphlets appearing from tall-lighthouse and the Wordsworth Trust (where she has been a poet in residence), her first full-length collection of 2013, Division Street, was shortlisted for the prestigious and lucrative T. S. Eliot prize, when Mort was just 28. Shortly afterwards her name appeared on the list of Next Generation poets that the Poetry Book Society issues only once every ten years. Her poems have appeared in the New Statesman, Poetry Review, Poetry London, the Manhattan Review, Granta, and The North.

The landscapes of provincial Britain — physical and personal — are among the enduring concerns of Mort’s poetry. She is interested in tracing the sometimes melancholy materiality of familial and personal association. Her roots in the post-Thatcher political landscape of the north of England are everywhere to be seen, not least on the very cover of Division Street, which depicts a confrontation that took place in Orgreave during the UK miners’ strike in 1984, in which a bearded miner, wearing a policeman’s helmet, leans in towards a line of officers. It is an image that is somehow both absurd and profound. Mort was glad it was used for the collection, remarking that ‘it sums up not just division, but also the idea of drama and part-playing … and of course all poetry is a kind of performance. It’s like trying on a funny hat.’ The image catalyzes the diversity of the collection itself: the poem that draws most directly on this charged scene (‘Scab’) doesn’t pull its punches, yet in many other parts of the collection there are moments of levity. As Charlotte Runcie wrote for the Telegraph, ‘Mort often catches you off-guard with a slanted take on her own history, a lightness of touch that’s built on local humour’.

This lightness is most keenly seen in the deeply personal sense of place that infuses Mort’s poetic sensibility — of which ‘North of Everywhere’ is especially emblematic. The first part of the sequence, named ‘Hermaness’ (the northernmost headland of the most distant of Shetland’s islands) opens with the image of the body as ‘a compass needle / guiding me past every place / I’d once called North’. Arriving at the very ‘edge of Unst, / the land bowing to meet to the sea, / a lighthouse with no keeper but a gull’, whose tide is ‘dragged from a latitude / I couldn’t even dream’, ‘I stopped / and let my heart go on ahead of me’. Writing for the Independent, Suzi Feay has observed that an apt alternative title for this debut collection could have been North, had not ‘the late Seamus Heaney got there first’.

Yet the sombre emotional register of Mort’s writing is also often joyfully disrupted by the plainness of the places that leave similarly durable and powerful marks. ‘He haunts the chippies mostly,’ she writes in ‘Stainless Stephen’, ‘nodding his approval / at the puns: A Salt & Battery, / In Cod We Trust’ — a character who finds his home in ‘a pub across the river / where the doors will never shut […] Where men stride in / still sweating from the braziers / that vanished thirty years ago, / and tug their collars, / loosening their noose of heat’. As Runcie has observed, ‘reading her poems can be a surreal experience, as you lurch from quirky detail to neatly observed scenes in nature […] and then on to haunting pictures of mental distress’.

Threaded throughout Mort’s poetry is a sensitivity to rhythm that has been widely noted by critics, her poems evincing what has been called a ‘metrical steadiness’ and a ‘sophisticated play and patterning of sound’ — derived, perhaps, from often having been composed while climbing, hiking, and running in Cumbria. Mort herself has remarked on her concern with ‘places, landscapes and how they leave their mark on us’. This interest is becoming ever more central to Mort’s writing, as she is currently at work on a new collection that will contain a sequence of poems about the history of female mountaineers. This collection, and the novel on which she is also working, will be keenly anticipated. 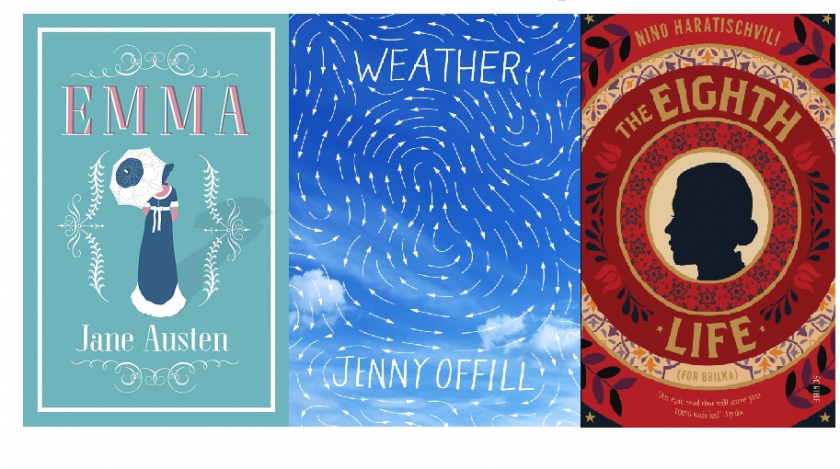 The literature team share their recommendations for lock-down reading.

@LitBritish RT @janehross: Who is the winner of the 2021 #EBRDLiteraturePrize? Tune in to our online event on 1 June to meet the winning writer, transl…
(5 hours ago)