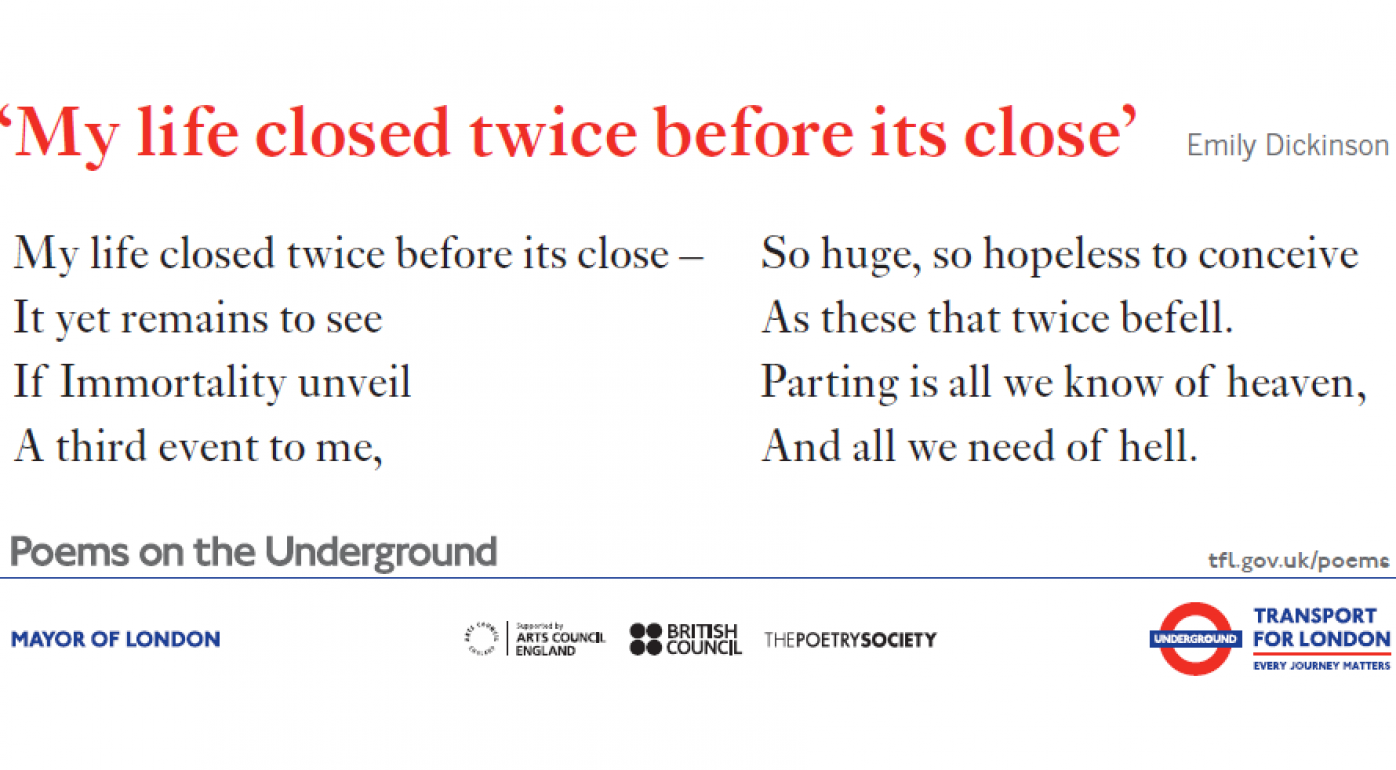 A new set of five poems goes live on London tubes on July 1st for four weeks. Some deal specifically with the urgent issue of climate change. Others reflect more generally on how human beings take solace and meaning from their living world of earth, sea and sky.

I Am the Song by Charles Causley (1917 - 2003)
Charles Causley, the modest poet who spent his working life as a school teacher in his beloved Cornwall.

The shaft by Helen Dunmore (1952 - 2017)
Written as the poet knew she was dying, grateful for the shaft of sun lying on her pillow. A profound, moving poem.

'My life closed twice before its close' by Emily Dickinson (1830 - 1886)
The reclusive American poet whose mysterious poems only reached the public long after her death.

Poems on the Underground is supported by Transport for London, The British Council and Arts Council England.  Poems are selected by the writer Judith Chernaik and poets Imtiaz Dharker and George Szirtes.

Posters, designed by Tom Davidson, are available from the Poetry Society and London Transport Museum. The Poems on the Underground anthology (Penguin Books, 2015) is available at all bookshops. 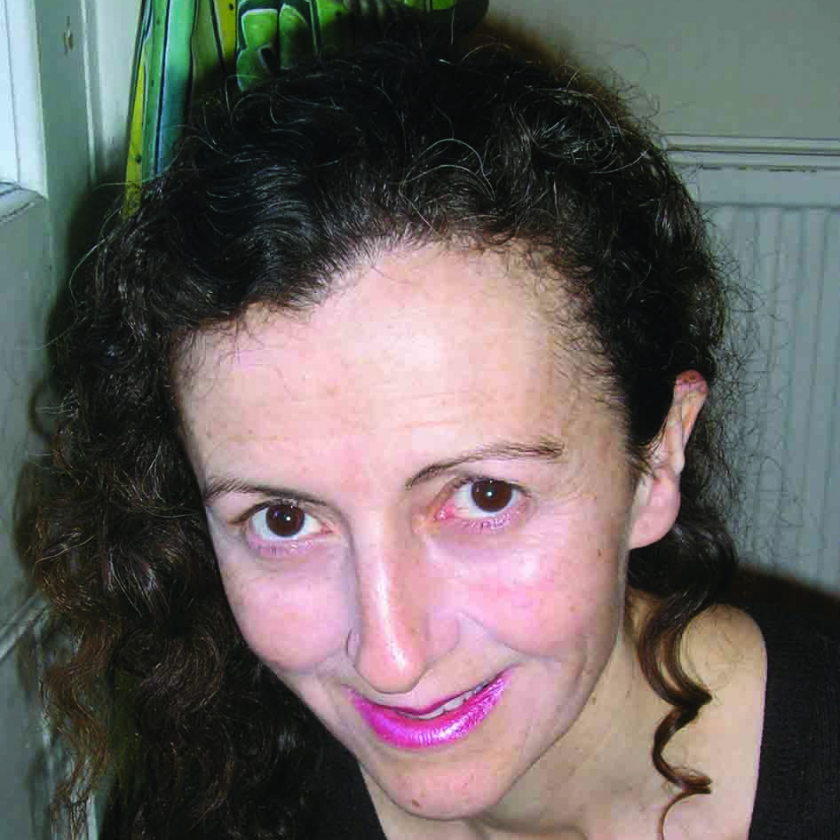 Poet and freelance writer Maura Dooley was born in Truro, England, and grew up in Bristol. Educated ...

@adambeyoncelowe RT @BlueBirdTail: Oh, I almost forgot, my #poem #TinRoof is one of the #poems of the month on the #PoemsOnTheUnderground website: https://t…
(8 days ago)

@BlueBirdTail Oh, I almost forgot, my #poem #TinRoof is one of the #poems of the month on the #PoemsOnTheUnderground website:… https://t.co/DkLunUF28p
(8 days ago)