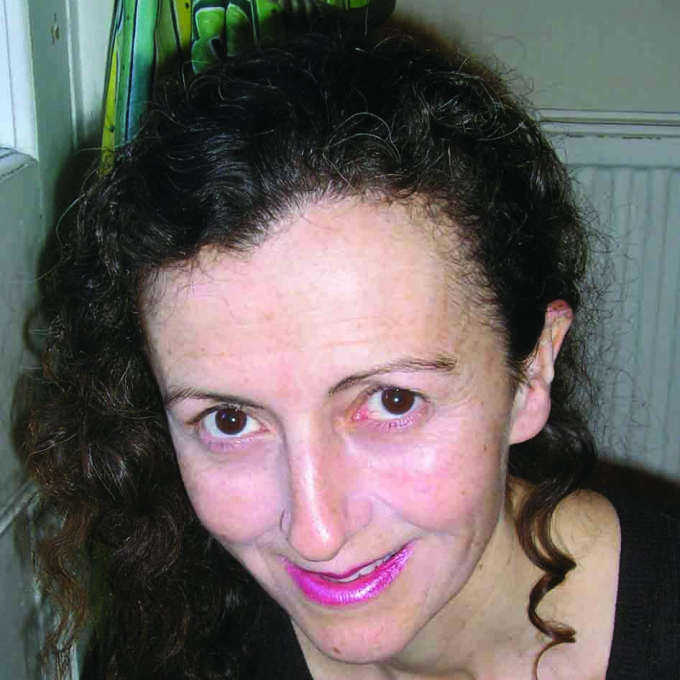 Poet and freelance writer Maura Dooley was born in Truro, England, and grew up in Bristol.

Educated at the University of York, she gained a postgraduate certificate of Education at Bristol. She is Reader in Creative Writing at Goldsmiths College, University of London.

Her poetry collections include Explaining Magnetism (1991), Kissing A Bone (1996), both Poetry Book Society recommendations, and Life Under Water (2008). Life Under Water and Kissing a Bone were shortlisted for the T. S. Eliot Prize. She has also edited a number of poetry anthologies including The Honey Gatherers: An Anthology of Love Poems, published in 2003, and is editor of How Novelists Work (2000), a collection of essays by contemporary writers. Her poem 'Cleaning Jim Dine's Heart' was shortlisted for the Forward Prize for Best Single Poem in 2015, and is included in her 2016 collection, The Silvering, also a Poetry Book Society Recommendation.

She was a Centre Director at the Arvon Foundation and founded and directed the Literature programme at the Southbank Centre. She works in film and theatre and has recently helped develop educational films for Jim Henson Productions. Her work in the theatre includes running workshops for Performing Arts Labs, devising new plays for young people. In 2001 she was a judge for the T. S. Eliot Prize, the National Poetry Competition and the London Arts' New London Writers Awards. She has also chaired the Poetry Book Society.

As has often been remarked, Maura Dooley's career as an arts administrator, while making her well-connected and very much an 'insider' figure, has arguably drawn attention away from her own finely-written poems.

Her activities on behalf of poets and poetry has been longstanding, and includes five years as organiser of creative writing courses for the Arvon Foundation at Lumb Bank in Yorkshire; she then became Literature Officer at London's Southbank Centre from 1987, where she developed the popular 'Voice Box' readings. She has been active within the Poetry Society as a book selector, and has for many years been a persuasive advocate for progressive ways in which contemporary poetry can be taught in schools, borrowed more widely from libraries, and promoted in bookshops. As an editor, her anthologies include Making for Planet Alice: New Women Poets (1997) and a collection of love poems, The Honey Gatherers. Sound Barrier: Poems 1982 - 2002 (2002), selecting from her previous books and pamphlets, and including new poems, showcases her lyrical dexterity and distinct achievement as a poet.

Dooley's poetry is habitually reflective, often poignant, and she has a marked 'ability to enact and find images for complex feelings' (Adam Thorpe). Personal her poems may be, but they contain a range of voices other than her own autobiographical one; hers is an attractively oblique mode that may derive from her admiration for poets such as Elizabeth Bishop and especially Paul Muldoon. She also shares at least some imaginative territory with contemporaries such as Helen Dunmore, Lavinia Greenlaw, Jo Shapcott, Kate Clanchy and Colette Bryce. Like them, she balances the demands of history and the body with romantic and domestic subjects. Dooley's speciality is memory. She reaches for her 1960s childhood in dark meditations such as 'Shadow on her Desk', recalling the Moors murders and the Aberfan disaster, or a mid-1970s Summer when 'the jukebox gagged on 10cc' ('I'm Not in Love'). The critic Jon Cook has observed that her poems are 'acts of displacement, turning around some event of emotion that cannot be fully named or known…(she has) an imagination which proliferates mysteries'.

Though the tone of her poems may be gentle, as a woman of Irish ancestry she sometimes recreates the bitter experiences of the Irish historical experience of displacement and emigration. Her prize-winning poem '1847', for instance, gives voice to a girl escaping from the Great Famine: 'What knots my belly now's / not hunger. Anger. / In Liverpool ships gob us up. / We rot, we scatter. / The Quays are maggoty with us.' Other poems in the same sequence, 'Moss', reflect upon more Irish scenes ('Kerry Blue') and their 'Vanished Lives'. 'If we have no God, then we have ancestors. /…A roll of names that / sent her to wet gravestones, her fingers feeling / for their vanished lives, but all is blurred here…/ blight that rotted fields / and emptied cottages, the crowded quay, the salt-rinsed boat, /…no cross to show that's where they've been, / only a face that's handed down and on, / glimpsed in a glass dark: Brigid McTighe, her mark'. However, this is no excuse in cultural nostalgia. The title poem of the sequence concerns a search for a ruined tower by a speaker already unsure of her Celtic credentials:

'I'll go there someday. Pull back the barbed wire,
or set the chairs tumbling in the landlord's house
like some technicoloured scene from The Quiet Man,
tossing my hair like a heritage, accent all wrong.'

Introducing her first full-length collection Explaining Magnetism in the Poetry Book Society Bulletin in 1991, Dooley characterised it as being 'full of compass points: journeys into different parts of these islands and beyond, into the past, into other people, and into myself'. It is, at least initially, a fragmentary portrait of London during the 1980s economic boom. Some of these poems seek out the minor characters: immigrant workers serving behind the scenes as nannies or in cafes ('N3/N6'). The homeless, 'a nest of survivors in cardboard'; a suicide seen jumping from a bridge, rats in the Underground ('Mind the Gap') and a man with a Tesco bag is seen muttering on the same street every day. Dooley also registers the experience of those with good jobs ('At night your sleep is a race / down dimly lit passages where / the floor shines up at you, / the corridor never ends') and the fraught nature of contemporary romance ('Developing a Passion'). The book opens up into journeys - either actual ones ('Backwards into Wakefield Westgate') or those wholly dreamed: 'old clothes are scattered / over valley and hill, like paths / or stepping stones, see how perfectly / they fit…('The Journey Back').

Of Kissing a Bone (1996), Andrew Motion remarked upon its 'shrewd historicising sense', also noting that Dooley 'takes us across borders - literal, emotional and figurative - into states of mind which are entirely her own, yet instantly recognisable by all of us'. 'The Celestial Announcer' accordingly 'call(s) out the towns and villages / of your life, as if she'd read / the very chapters of your soul /…and [you] know that she will lend you wings / for those golden slippers, milk and honey, / bread, roses, and a brand new map'. 'Freight' wittily transforms the expectant mother into a ship carrying one 'whose history's already charted / in a rope of cells'. In Sound Barrier, Dooley's preoccupations with memory and the passing of time are evident throughout a section of fine new poems, some of which were commissioned. The lengthy narrative 'Invitations on the Mantlepiece' was broadcast on BBC Radio 4, and conducts its tour of the recent past through the medium of dancing, from a family wedding as a teenager to the new country of Slovenia in 1991: 'Remembering this, knowing moments when / the unknowable has danced into me…'

'Raft of Desires' recalls 'Warm wind on the night ferry / a glass and a dark song', 'a stroll and a dander / at a shining sea's edge', concluding 'And its over, it's over / over the water and over, / the life I once knew / and the life I have left'. (Aptly, or perhaps ironically, this hymn to transience is now a permanent installation on Ryde Pier, Isle of Wight). By contrast, 'Ten Letters, A Something, Z Something' enacts the tragic loss of memory through Alzheimer' disease. 'The Playground', the book's final poem, emerges out of a dream of her old school and the 'middle-aged / dreams of my class-mates'; her young daughter's bright twist of phrase, 'And will we go there again yesterday?', neatly if sentimentally brings together Maura Dooley's own themes. 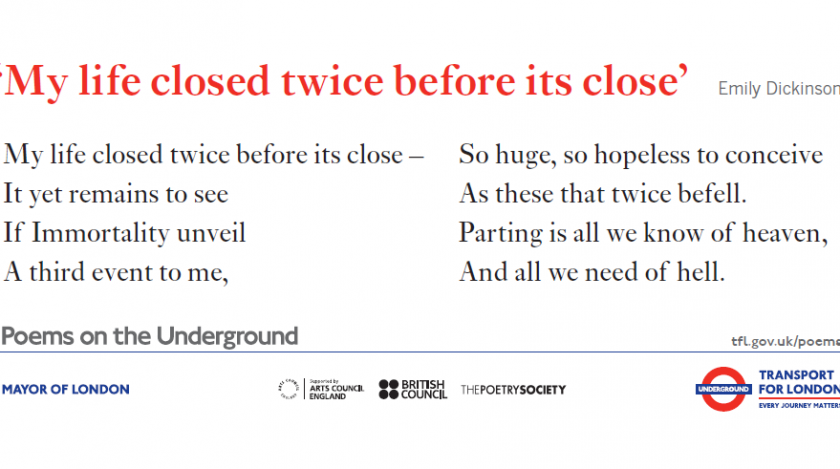