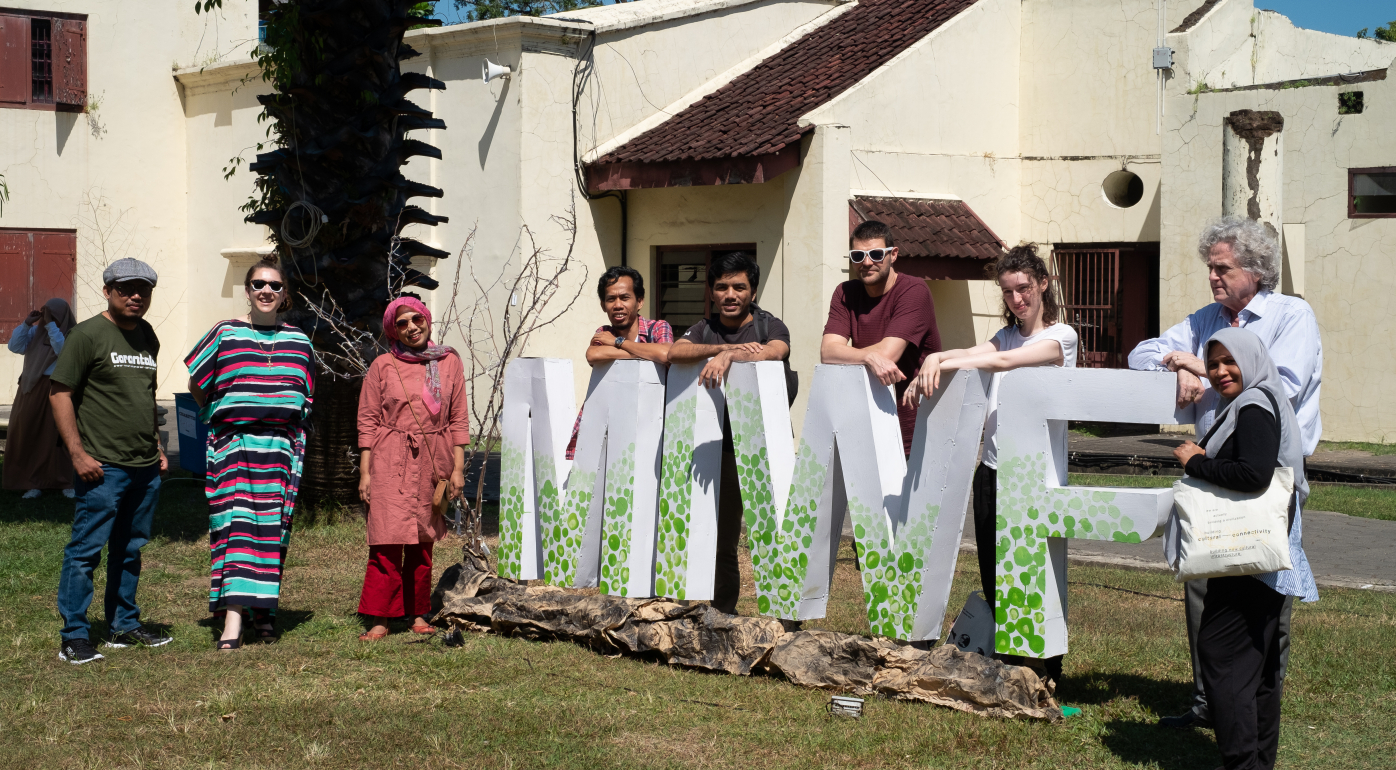 In 2019, Indonesia was the Market Focus country at The London Book Fair. Over the year, we've worked with lots of organisations to bring Indonesian literature to the UK, and UK literature to Indonesia.

In June 2019, three UK poets, William Letford, Rufus Mufasa and Roseanne Watt travelled to Makassar Writers Festival in South Sulawesi to work with three Indonesian poets, Jamil Massa, Irma Agryanti and Mario F. Lawi on new poems. The six poets will then travel to the BBC Contains Strong Language festival in Hull in September 2019 and will be part of the Hull19 poets.

Funded by a British Council-NOC grant

Monsoon Books will publish new work by Indonesian writers John Waromi and Nuril Basri, and will bring both writers to the UK to take part in events promoting their books

Funded by a British Council-NOC grant

On the back of their 2016 tour of Indonesia, Edinburgh’s original cultural noisemakers present some of the most exciting artists from the archipelago. Yoshi Fe, a poet and stand-up tragedian, joins video artist Sinar Ayu Massie, whose 2007 road movie 3 Hari Untuk Selamanya (Three Days to Forever) has become a cult classic, and Benk Riyadi, a poet and activist involved in the Sebumi community. The trio are introduced with the usual panache of hosts and poets Michael Pedersen and Kevin Williamson.

Supported by Ministry of Education and Culture, Republic of Indonesia and Creative Economy Agency of Indonesia (BEKRAF)

Dean Atta (UK) and Ziggy Zezsyazeoviennazabrizkie (Indonesia) are both writers who spent a month in residence with Metal in Southend as part of our Essex Writers House in March 2019 – a partnership with Essex Book Festival. This film shows some of the highlights of their residency