Will Buckingham poses questions to Faisal Oddang about his writing process and the traditional cultures of Sulawesi. 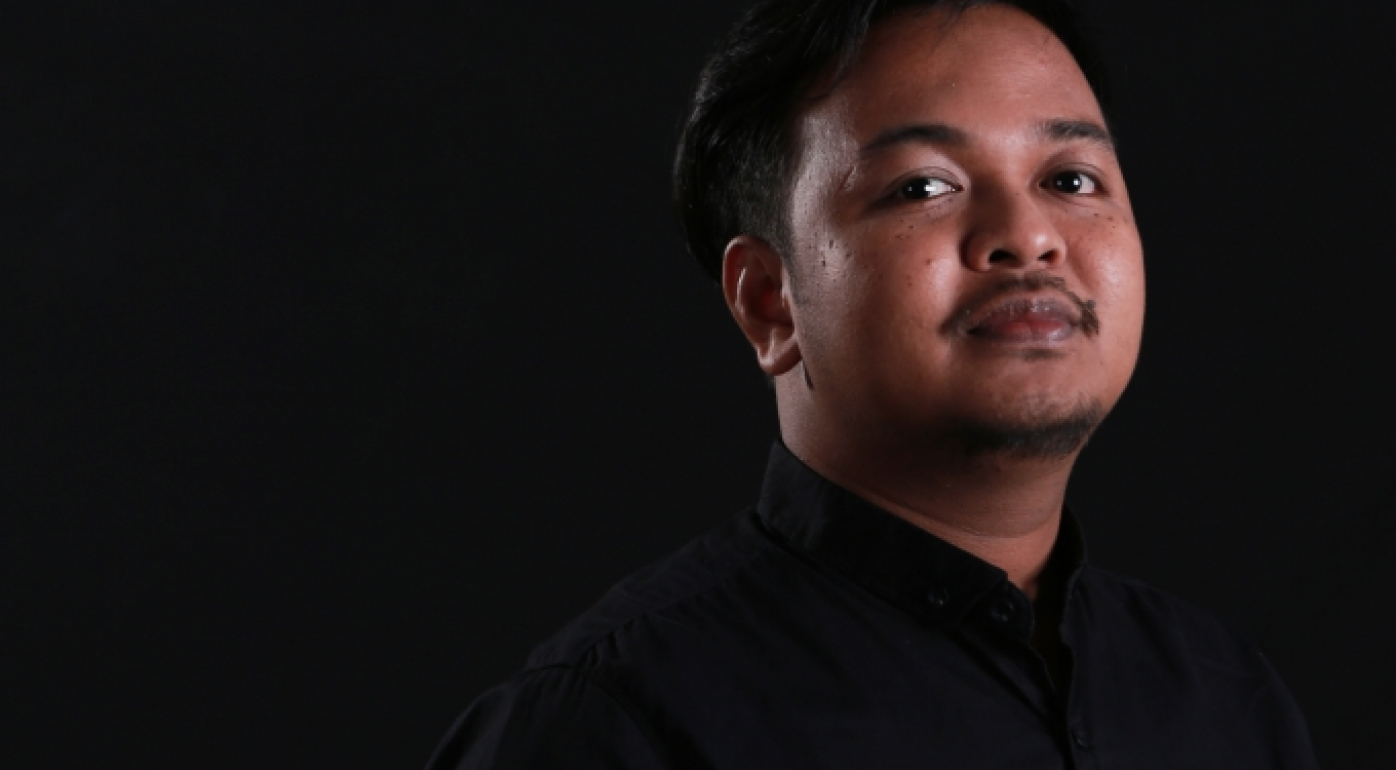 Faisal Oddang will be talking about 'Traditional Stories in Contemporary Literature' at The London Book Fair on Wednesday 13 March at 11.30.

Hello Faisal Oddang. It’s very good to meet you. The first think that strikes me about you is that you are an exceptionally prolific writer. What is it the drives you most to write?

When I first decided to be a writer, I realised that writing is a continuous process of learning and discovering new things. This process is one of the reasons why I started writing, if it were solely to present new ideas, I would use an entirely different approach. That awareness is what made me want to continue writing; every day there are new things to learn, to understand, and for me, writing is an efficient way of doing that. When I write, I read books to support my ideas, and interview people – to support the importance of data in my book. In conclusion, the reason I write is that everyday I end up learning and it opens a new path of knowledge.

The London Book Fair is almost upon us, and this year the Market Focus is Indonesia. What do you hope the book fair will do for the profile of Indonesian writers?

First of all, London Book Fair is a great opportunity. I would imagine LBF can be an open door for anybody who wants an understanding of and introduction to Indonesian literature. The writers representing Indonesia at LBF might not represent Indonesia as a whole because the themes, genres, techniques, and geographic scale of Indonesian literature are too diverse and rich to be represented by only a few people.

Your novel Arrived Before Departing is strongly steeped in the traditional cultures of Sulawesi, including the idea of the bissu and toboto. For readers unfamiliar with these concepts, could you say a bit more about these aspects of culture, and why you are interested in writing about them?

Many researchers and gender anthropologist divides the Bugis society into five types, which are, male, female, calabai (etymologically meaning ‘nearly female'), calalai (etymologically meaning ‘nearly male'), and bissu – the fifth gender. To be a bissu, you would need to take part in a spiritual ritual which is very complicated, and would need to be selected by a bissu community leader named as Puang Matoa, after they have received spiritual guidance.

Bissu is a concept which already exist in the Bugis civilization pre-Islam. The concept first appeared in the epic La Galigo. In the Bugis cosmology, it was believed there are three worlds: the World Above, the World at the Centre, and the Under World. It was told that the World at the Centre did not own a leader, and the son of the ruler of the World Above and the daughter of the ruler of the Under World appeared from below the sea. They were married but had little knowledge of living in the world, thus a bissu was sent from the World Above to teach them how to live. It was mentioned there that bissu were holy people who don’t bleed, menstruate, and are unsusceptible to sharp objects, and do not have any gender – because of this, bissu are considered a link between human and the gods.

In the Sulawesi Selatan kingdom, bissu received an honorable place as the king’s advisor. The main schedule of the kingdom's rituals and events are all made by bissu. Their position then shifted as Islam grew more prominent, particularly after the establishment of the Islamic Luwu Kingdom in 1607. The traditional bissu practice is considered incompatible with Islamic Shar’ia laws. To this day, bissu still exist but their role in the society is no longer what it was. However, a toboto is considered the personal assistant to bissu.

I am interested in discussing bissu within my work because I think they are a group of people who have been directly affected by the various periods of Indonesian history: they were left out in the Islamisation era, massacred, were hunted in the events of the Darul Islam Military movement in Indonesia, and they were accused of communism 1965. They are victims but are never given a voice – and I think literature can be a microphone for the voices which are not heard as of this time, including the voice of bissu.

One thing that is striking about your work is the combination of politics, violence and religion. While this sometimes makes for uncomfortable reading, it also feels as if it is driven by an immense urgency. To what extent does your choice of these themes reflect the political and cultural realities of contemporary Indonesia?

As I mentioned, literature should be a microphone for the voices which are not heard. I feel it is important to take a stand in your work and to look at things realistically. Often literature sees the dominant narrative as reality, the work of history often does the same. If we discuss war, for example, then we talk about winning and defeat – which excludes the group who are not directly involved in the war but are victims, have traumas, and have lost possessions, life, and everything else.

If I were to connect the statement to the question, then my answer would be the theme of my writing is a result of learning about the reality of Indonesia – of course, how far can I depict the existing reality? I am not sure, but the readers could answer it.

As well as writing, you are a literature activist, and you run the Makassar Institute of Literature. Can you tell us more about your work there?

The Makassar Institute of Literature (ISM) was born from my experience as an Indonesian literature department student in Hasanuddin University. The curriculum there had a tendency to lead us to be a critic or a literature academic rather than a writer.

The writing school was established with a few friends in Makassar in which we named ISM. Other than being a writing school, ISM will be a publishing consultancy/literature agent, and an editing and translating service. At least that is what we are planning and are striving for at the moment. In its first year there are 15 students which will learn for a year. Within the first six months they will learn about the available material which is related with reading critically, writing techniques, and researching techniques that will enable them to produce their own books with our guidance.

Will Buckingham is the author of Stealing with the Eyes: Imaginings and Incantations in Indonesia published by Haus Publications, 2018. 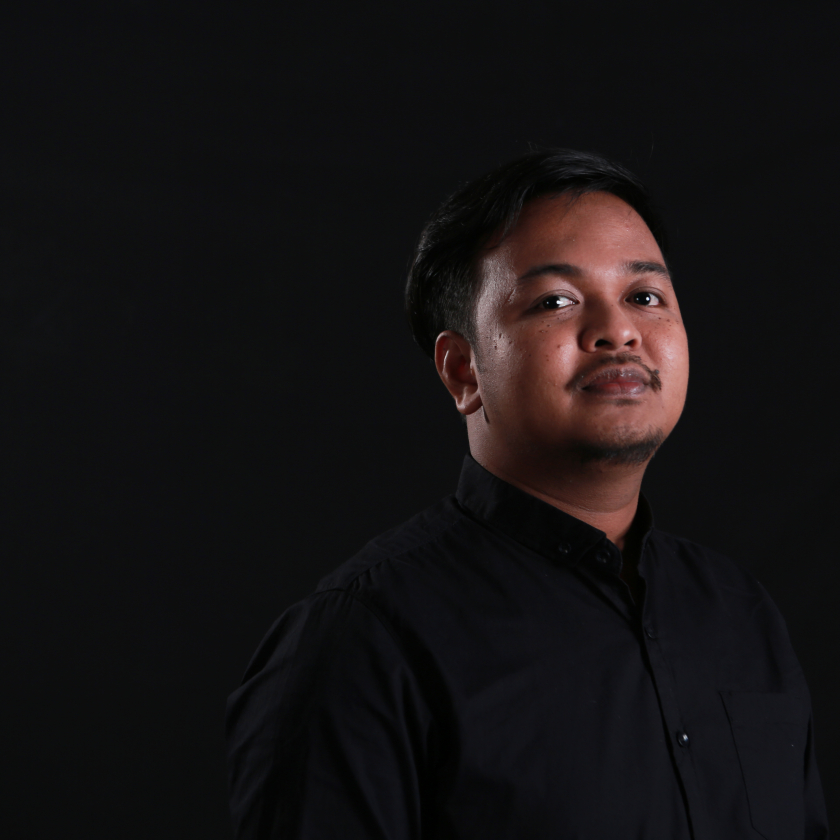 Faisal Oddang is a young author from Wajo, South Sulawesi. His book, Puya ke Puya, was chosen as the...