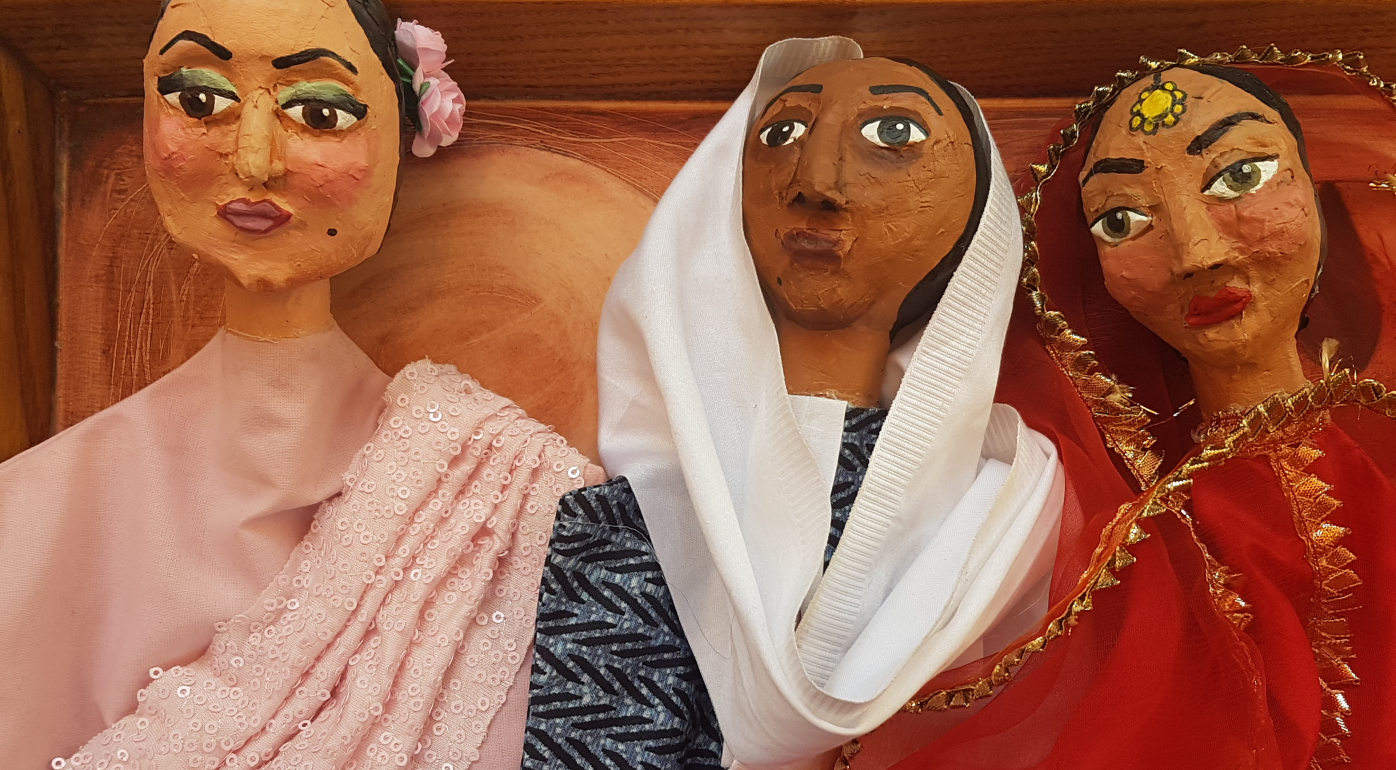 Puppets from the Creating Heroines workshop in Karachi with Yamina Peerzada. Photo by Amneh Shaikh-Farooqu

A line up of eminent women from across the arts will speak about the importance of heroines and role models, and ask what is the role of the arts in helping to imagine the future, to empower women and girls, and create a more equal world?

​To attend, RSVP by sending an email to uk-literature@britishcouncil.org with ‘Creating Heroines competition’ in the subject line. Tickets are limited and are offered on a first come, first served basis.

If you can't be there in person then don't worry - join us on our Facebook Page where we'll be streaming the panel discussion live 7pm - 8:15pm GMT

Emmy the Great is the stage name of Emma-Lee Moss. As a singer-songwriter, she has released three albums, First Love (2009), Virtue (2011) and Second Love (2015). As a writer, she has contributed to the Guardian, GQ, i-D, Vice, Somesuch Stories, and more. As a composer, she has created music for stage, film, TV and radio, including the Sony Pictures film Austenland, and music and libretto for Sara Pascoe’s Pride & Prejudice at the Nottingham Playhouse. She is currently working on her fourth album, and writing a live show based on her time in China as part of British Council’s Musicians in Residence China programme.

Corrina Antrobus is the founder of Bechdel Test Fest – London’s ongoing feminist film festival. She is a film broadcaster for tv, radio, podcasts and online and works in film marketing and distribution. ‘The Bechdel Test’ was inspired by cartoonist Alison Bechdel‘s 1985 tongue-in-cheek comic strip ‘The Rule’ which became a basic measure to see if women are fairly represented in a film. The Bechdel Test Fest started as a year-long project to mark the Bechdel Test’s 30th anniversary in 2015 is now an ongoing celebration of films that succeed in representing women in a positive and progressive light. It looks to the unearth hidden gems and new releases, and covers the spectrum of those who identify as female. Events are hosted at various venues in London and films are screened throughout the year. There is always a post-screening discussion, usually with special guest speakers.

After graduating from University of St Andrews, Jo Craven worked in journalism including editing roles at Tatler, Vogue, The Times Luxx Magazine and the Financial Times. In 2013, she played a pivotal creative role for the launch of Porter magazine as Arts and Lifestyle Director. Since May last year, Jo has been the Head of Programming at Frieze Academy, directing a unique programme of talks, workshops and symposiums exploring all aspects of the worlds art and culture. Jo’s specialities and passions include visual arts, fashion, contemporary art and design.

Having spent the past six years working at Google, Suhair Khan is the lead on Google Arts & Culture projects and collaborations in many countries such as the UK, Australia, Indonesia and Korea. She was a key part of launching the Google Cultural Institute in 2013 and additionally launched the project in Pakistan. Whilst the majority of her work is based in the London office, Suhair grew up between Milan, London and South Asia before studying and then working in the USA and Singapore. She often travels back to Lahore to visit family and is passionate about the art, literature, rich culture and food of her heritage.

Rachel Holmes is the author of Eleanor Marx: A Life, serialized on BBC Radio 4 Book of the Week and shortlisted for the James Tait Black Prize. Her biography Sylvia Pankhurst: Natural Born Rebel will be published by Bloomsbury in 2019. Her previous books include The Hottentot Venus: The Life and Death of Saartjie Baartman, The Secret Life of Dr. James Barry, and—as a commissioning editor— I Call Myself a Feminist and Fifty Shades of Feminism. Rachel is member of the British Council Arts and Creative Economy Advisory Group.

Nicola Streeten is an anthropologist-turned-illustrator and author of award winning graphic memoir, Billy, Me & You (Myriad Editions, 2011). She co-founded the international forum Laydeez do Comics in 2009. Her PhD was A Cultural History of Feminist Cartoons and Comics in Britain from 1970-2010 with a focus on the role of humour. Since 2015 she has been lecturing in the UK on Critical and Theoretical Studies to BA Illustration and Animation students at the London College of Communication, University of the Arts, London and Kingston University; and in Cultural Studies at the University of Sussex.

This event is part of UN Women’s HeForShe Arts Week - the global festival for gender equality from the 8 March which is International Women’s Day.

As children we were told stories that shaped who we are. As adults, we are still told stories that shape our reality. It is time to change the narrative to bring about gender equality.  There are events throughout the week to challenge the old stories, explore gender equality, change mind-sets and raise funds to change the lives of millions of women and girls through discussion, debate, dance, music, theatre, exhibitions and experience. 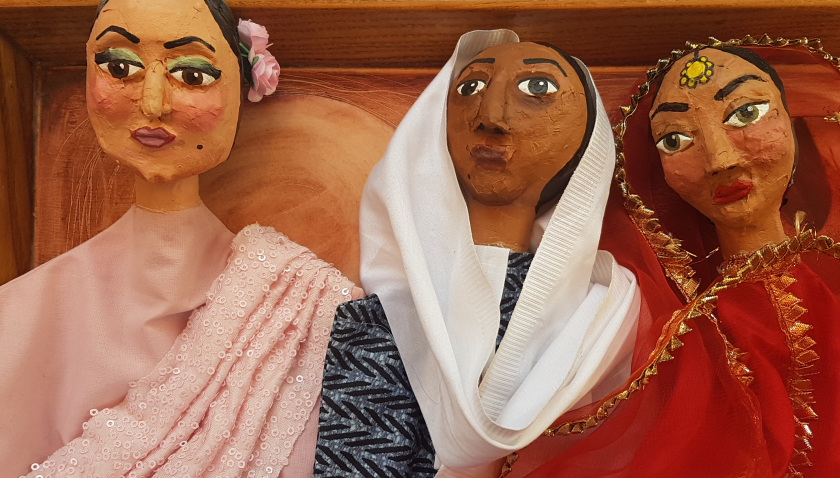