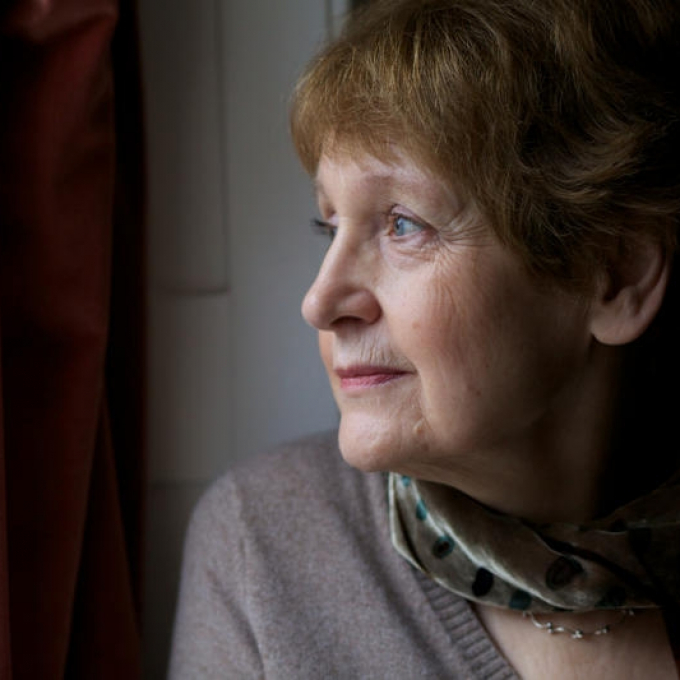 She trained as a teacher at Westminster College of Education, Oxford, and taught in primary schools in London (1967-81 and 1984-6). She became Arts and Reviews editor for Contact, the Inner London Education Authority magazine, and continued to teach part-time, before becoming a freelance writer in 1986. She was television critic for The Spectator magazine until 1990.

She received a Cholmondeley Award in 1987 and was awarded the Michael Braude Award for Light Verse (American Academy of Arts and Letters) in 1995. Her poetry collections include Making Cocoa for Kingsley Amis (1986), Serious Concerns (1992) and If I Don't Know (2001), which was shortlisted for the Whitbread Poetry Award. Two Cures for Love (2008) is a selection of previous poems with notes, together with new poems. Further collections include Family Values (2011) and Anecdotal Evidence (2018); she has also published Christmas Poems (2017), which features her new and previously-published Christmas-themed poems, and a collection of prose, Life, Love and The Archers (2015).

She has edited a number of poetry anthologies including The Orchard Book of Funny Poems (1993), Is That The New Moon? (1989), The Funny Side: 101 Humorous Poems (1998) and The Faber Book of Bedtime Stories (1999) and Heaven on Earth: 101 Happy Poems (2001). She is also the author of two books for children, Twiddling Your Thumbs (1988) and The River Girl (1991). Wendy Cope is a Fellow of the Royal Society of Literature and lives in Winchester, England. In 1998 she was the listeners' choice in a BBC Radio 4 poll to succeed Ted Hughes as Poet Laureate. She was awarded an OBE in 2010.

Wendy Cope’s poetry is perhaps best known for its humour and wit.

The joke has often been centred on men from the point of view of the single heterosexual woman, and this is most famously used in ‘Bloody Men’ (of Serious Concerns,1992):

'Bloody men are like bloody buses – You wait for about a year
And as soon as one approaches your stop
Two or three others appear.'

As well as the lighter and more well-known examples, her work is also self-reflective in that it shows a concern for the writing process and for writing poetry in particular. This comes through in her parodies of the work of various poets. It is also expressed in poems such as ‘The Poet’s Song’ (which is also included in Serious Concerns), which jokily refers to the tension between earning a living as a poet and remaining faithful to one’s ideals. In terms of style and content, her work has remained largely accessible to the reading public and this is undoubtedly why it has been so popular when compared with that of many other contemporary poets.

Her first collection, Making Cocoa for Kingsley Amis (1986), includes parodies of work by poets such as T. S. Eliot, as in her ‘Waste Land Limericks’:

If one compares this with the first four lines of ‘The Waste Land’, it is possible to see the divergences and why the parody is effective:

'April is the cruellest month, breeding
Lilacs out of the dead land, mixing
Memory and desire, stirring
Dull roots with spring rain.'

The humour and knowingness is, at times, offset with poignancy: this can be seen in poems such as ‘Tich Miller’ and ‘Lonely Hearts’. These two poems demonstrate an awareness of the outsider, which is in keeping with the undeclared premise of being accessible to a wider readership.

In this collection, Cope also draws on an alter ego for the Strugnell poems. Strugnell’s version of a poetic voice is used to mix the elevated with the everyday and the outcome is comic. Christopher Reid’s review for the London Review of Books (17 April 1986) explains how the use of this persona adds a further layer to the wit:

'Her habitual stance is the sly one, less modest than might appear at first sight, of marginal annotator, ruthlessly mocking literary pretensions and absurdities. Her creation of the pathetically ambitious South London poetaster, Jason Strugnell ... allows her the opportunity for some devastating parodies.'

‘Making Cocoa for Kingsley Amis’ is the only poem in the third and final section. It takes up just four lines and captures the irreverent but familiar mood of the collection:

'It was a dream I had last week
And some sort of record seemed vital.
I knew it wouldn’t be much of a poem,
But I love the title.'

The eponymous poem of her second collection, Serious Concerns, takes on the critics (specifically Robert O’Brien in this instance) who have regarded her humour as ‘both her strength and her limitation’, and questions this reasoning:

'Write to amuse? What an appalling suggestion!
I write to make people anxious and miserable and to worsen their indigestion.'

In an interview with Thomas Sutcliffe, the point is raised how the levity in Cope’s work has been questioned by other poets too, and she explains that this ‘battering’ is one reason why there is a gap of nine years between her second and third collection (The Independent, 7 June 2001).

The seriousness of Serious Concerns predominates in the final section of the collection. ‘Legacy’, ‘Names’, ‘For My Sister, Emigrating’ and ‘Leaving’, for example, consider the theme of leaving or being left with a subdued tone. ‘Some More Light Verse’, in the first section, also depends on a note of desperation and borders on being nihilistic in places. All but two of the 20 lines list the way ‘you’ either attempts but fails at self-improvement, or tries to stave off the pointlessness of existence. The remaining two lines are a repetition of ‘And nothing works. The outlook’s grim’. By ending on the commandment ‘you have to try’, the pessimism is lightened a little and it remains an insightful poem that lists the ways members of a wealthy society have become lost in introspection.

In Kate Kellaway’s review of Cope's third collection, If I Don’t Know (2001), she argues it is ‘constructed around helplessness in the face of beauty’ (The Observer, 3 June 2001). Sutcliffe points out uncritically that there is an aspect of happiness, contentment even, that has infiltrated this work and this has not been so evident in the previous two books. He cites ‘Being Boring’ to exemplify this (The Independent, 7 June 2001):

'And, now that I’ve found a safe mooring,
I’ve just one ambition in life: I aspire
To go on and on being boring.'

Two Cures For Love (2008) is a collection mainly of previously published poems, but includes extensive notes that give some contextual background and dates of when the poems were first written. It is explained here, for example, how ‘Waste Land Limericks’ was originally written as a fitting contribution for How to Become Ridiculously Well-Read in One Evening (1985), which contains condensed versions of literature.

Cope has also edited a number of collections such as Is That the New Moon? (1989). Her Introduction is useful for the perspective she gives of this collection and the general reception that poetry receives, compared with other forms of writing: ‘Most people can’t be bothered with poetry, least of all with contemporary poetry’. She also goes on to explain why this is a collection of work by all-female writers: ‘There’s something to be said for excluding men, now and again, in order to give women a chance to come into their own’ (1989).

This feminist impulse has been an understated component in all of her collections. It demonstrates that beneath the humour lies a political engagement that refuses to be compliant with either the sentimental gesture or the expectations about what makes a serious poet.