Her short stories have been published in The New Yorker and Granta, and she has published two collections, Sunstroke and other stories in 2007 and Married Love in 2013.

Tessa Hadley is a contemporary novelist who, working against fashion, has received many glowing reviews and been called one of the most gifted British writers. It is significant that Man Booker Prize-winner Anne Enright found the following to say about Hadley's short story collection, Sunstroke and other stories (2007):

'Tessa Hadley may be a relatively new writer, but her prose manages a strange trick of pre-existence: from the very first line, it is as though you have known and liked her work for a very long time. The narrator of these stories is companionable and astute. She wants to tell you the important things about ordinary life, and she wants to do it properly.' (The Guardian, 6 January 2007)

Clearly, there is something traditional and even familiar about Hadley's work. Its subject matter is relationships, home and family, lives in provincial cities in contemporary Britain; in lesser hands this could turn into middlebrow aga-saga. But Hadley manages to write domestic fiction that rises above the genre to become literary art. It's worth quoting Enright again, to illustrate what Hadley is doing:

'Nothing is beyond the simplicity of her reach: the look of a sister miscarrying into a chamber pot; the smell of a mother asleep. A hectic current runs under these stories but the surface is both calm and warm. Hadley's sentences are beautifully weighted and controlled. She has confidence in the workings of time. She knows what a story is. It is as though 19th-century values - about the proper use of intelligence, perhaps, and of conversation - have been applied to contemporary ideas about desire.'

Simplicity is the key, then, but it is a deceptive simplicity. This is apparent in Hadley's acclaimed first novel, Accidents in the Home (2002). The title indicates the juxtapositions between routine banality and danger, between a smooth passage of life and chance, which the novel examines. Clare, the protagonist, lives with her husband and children in middle-class comfort in the country; her friend Helly lives a life representative of London glamour. Through a subtly complex turn of recollections we learn that Clare once slept with Helly's new boyfriend: events are set for this to happen again. Yet the novel is not a cliched relationship drama: the narrative proceeds in a fragmentary fashion, dipping into the past, and then giving us the point of view of other members of the family. Mother Marian and half-brother Toby, for example, both have inner lives clouded by doubt; they are seen both from the outside and the inside. Chapters devoted to them give the novel a highly appealing sense of interlinked short stories. There is a continual sense of rippling dramas, of characters being on the periphery of or close to events that affect them. While Marian's major concern is caring for her ageing father, at the same time, in her home, her daughter Tamsin is involved in a drama of her own; it is Tamsin who is stealing her grandfather's money. The secrecy of this, and the way the action questions the solidity of the domestic realm, is central to Hadley's worldview. In a similar way Toby has been involved in an accident (significantly, far away from home) where a young woman he has just met is killed. The effects of this linger, naturally. There is, overall, a very subtle sense of violence and danger that never erupts in front of us, but always might. As a child, Toby finds a hidden axe, that reappears elsewhere: this symbolises the point.

Accidents in the Home, then, is a very contemporary novel in its fragmented structure and its depiction of the unease of modern life, but it is also a highly accessible and readable piece of realism with an interest in character and environment. Anna Shapiro in The Observer felt that Hadley's characters ' are like the denizens of the great nineteenth-century novels both she and the heroine clearly admire. ' (14 April, 2002); this interest in character continues in the next novel, Everything Will Be All Right (2003), which again surveys the lives of a family, this time over the entire second half of the twentieth century. The way in which cultural changes are seen to affect women, and the fact that this is a book where the women take centre stage both in narrative and in the story itself, shows a subtle feminism at work: if this is 'women's fiction', it is not conservative but opens up the dilemmas faced by intelligent, educated women who are still forced to play traditional roles. This links Hadley's work with the early novels of Margaret Drabble, perhaps. The short story 'Matrilineal', in Sunstroke, depicts mother-daughter harmony over a passage of years, but without sentimentalism: the child's memory of fleeing, with the mother, and taking refuge away from the father, is denied by the mother later in life. Hadley wants us to question both memory, and the stories and narratives families build and tell. The diverse lives we temporarily inhabit with Hadley, and the effect this produces, are best summed up by Stevie Davies, reviewing Everything Will Be All Right: 'Through inhabiting these presents, Hadley reminds us of the remorselessness of time and the replaceability of selves.' (The Independent, 16 January 2004)

The Master Bedroom (2007) narrows its focus to concentrate on Kate Flynn, a typical Hadley character who, dissatisfied with her life as a lecturer in London, has left the city and makes a new life in her childhood home in Cardiff, caring for her aged mother. There is a drive, energy and even ruthlessness to Kate that Hadley has admitted she admires in characters. Easy sympathy, so much a part of middlebrow women's fiction, is not encouraged by Hadley in her rendering of Kate. The novel shares, with its predecessors, moments of anger, and depiction of the loss of reason (in Kate's mother Billie). Hadley has Kate involved in a road accident at the outset, when a symbolic swan crashes into another car and causes suitably minor chaos. The accident fulfils the same function as the axe in Accidents in the Home, and also links Kate with another female character. For Hadley, dramas are indirect and often peripheral.

The writer's most recent novel, The London Train, was published early in 2011. Its narrative is shared between Paul and Cora, who are brought together by the train of the title. As in the previous novel backgrounds, families and interior lives are fully sketched; there is symmetry but also a great desire to show the randomness and richness of life. Reviewing the novel in The Sunday Times, Peter Parker felt that:

'The London Train' also offers a sharp portrait of contemporary Britain. This, being the work of a woman, is of course far better observed, more subtly conveyed and a great deal less preening than those "state-of-the-nation" novels to which so many male writers aspire. Admirably concise and attentively detailed, it outshines them all.' (2 January, 2011). Praise indeed, but worthy. Hadley has been compared to Anne Tyler, Elizabeth Bowen, Alice Munro and Jonathan Franzen, but is her own writer in her highly unusual mix of surface calm and reassurance, familiarity, and lingering unease. A passionate believer in the need for truthfulness in literature, the best way to describe Hadley's work is perhaps in her own words: 'What you're writing should hurt and make you feel slightly anxious, and almost ashamed'. Writing may hurt, but reading Hadley will certainly fill her readers with admiration and gratitude.

I love the irresponsibility of short stories. Writing short, you create with a free hand. Each new development you imagine can be drawn in to the story without consequences, with all the lightning-bolt effect of a first thought, no requirement to elaborate a hinterland. A quickly scribbled indication of background can stand in for a whole city, a whole past. And yet I can’t stop wanting to write novels too. Novels see things through. The reader is in for the long term; the writer is in for a sizeable stretch of her life. In a novel there’s not only the dazzle of the moment, but also the slow blooming of the moment’s aftermath in time, its transformation over and over into new forms. I love to write about the present, and the past that’s recent enough for me to remember. The fiction writer’s ambition is modest and overweening: to take the imprint of the passing moment, capture it in the right words, keep it for the future to read. 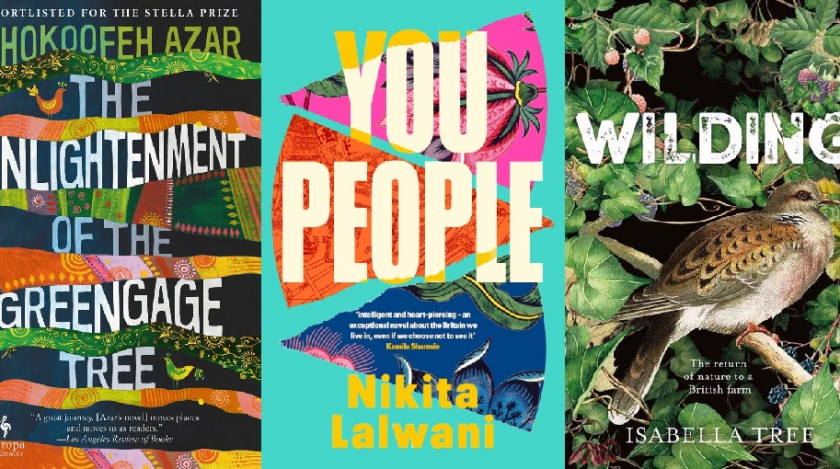