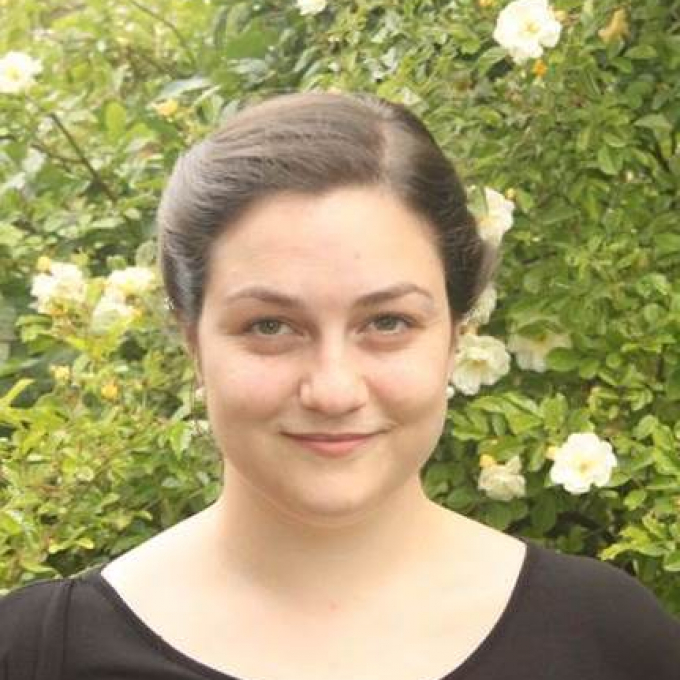 Sara Taylor grew up in Virginia and is currently completing a PhD in Creative Writing at the University of East Anglia. She has been shortlisted for the Sunday Times/PFD Young Writer of the Year Award (2015 and 2017), the Guardian First Book Award and longlisted for the Baileys Women’s Prize for Fiction. She spends her time between Norwich and Reading.

Sara Taylor’s writing reveals a rich topographical imagination. Her fiction is saturated by, on occasion seems to seethe with, a sense of place. This prominence given to place is perhaps most evident in her debut work, The Shore. ‘As flat as a fried egg’, the shore refers to three islands off the coast of West Virginia, ‘trailing out into the Atlantic Ocean like someone’s dripped paint’.

Forgotten on maps, off the grid, isolated and storm-ridden, the shore is a mystical but malign landscape, without horizons but also claustrophobically enclosed. Generations of women have fled or sought refuge in this place, but regardless, it seems to be in their blood, by turns nourishing and poisoning. There is a tang and sting to this salty, viscous island landscape with its marshes, mud, bogs, sand and shingle, – neither water nor land - where casual violence is always in the air: condensed, invisible, but dripping with it.

The Lauras is a very different kind of book. Where The Shore combines aspects of American gothic and speculative fiction in a strange but compelling alchemy that carries hints of both Flannery O’Connor and David Mitchell, The Lauras is essentially a road-movie of a novel and a journey involving the abandonment of home and place.

Ma and her transgender child Alex leave their home, husband and father in Virginia, setting off along the West Virginia Border before passing through North Carolina, Florida, Texas and California in a restless journey that conjures what a review for The Times calls ‘the epic sweep of America’. Alex is drawn to the outdoors and the natural environment, ‘feeling it stir my blood and bring my selfness to the surface’. Meanwhile as a child, Ma had ‘wanted to be a caretaker of the wilderness’.

Far from relinquishing their place and whereabouts then, the personal quests of Ma and Alex are deeply bound up in memory, roots and belonging. Alex maintains contact with his/her father throughout, and at points longs to return home. Ma’s itinerary is driven by a desire to reconnect with ‘the Lauras’ - a series of childhood friends whose stories shed light slowly and obliquely on the lives and relationship of Ma and Alex. They include tales of migration, familial abandonment and foster homes that bring into sharp focus the current quest of Ma and Alex.

Taylor’s writing reverberates with implication and meaning which exceeds individual character or the singular, centred voice of the protagonist. The author has spoken in this context of the ‘novel in the shape of a web, a whole that is greater than the sum of its parts, a shard of mirror held up to reality in such a way that, for a moment, a small part of it makes sense.’

The Shore opens in the first person with the story of thirteen-year-old Chloe. The everyday violence that we glimpse through passages of interior monologue puts us right inside her head. But then Chloe’s story abruptly disappears before making a return, several hundred pages later, in the penultimate chapter. Between these two encounters, The Shore has taken the reader across several centuries, into the future, and across the successive generations of two families.

The Lauras is a more conventionally plotted novel in certain respects, but the story of Alex (who is also aged 13) is told not so much through her character as it is via the stories and memories of Ma. As Alex observes of father’s storytelling:

'…it's so rare that reality rustles up a satisfying narrative shape, the edges rounded off and the ends tied up. It's rare that you get finality to things, the way we like our books and movies to end. Life so often goes flabby and peters out at the finish point instead of clicking satisfyingly, like the sound of a box being shut.' (216).

This sense that stories cannot be contained, whether in boxes, books or in identities, remains central to the broad theme and strategy of both The Shore and The Lauras. As Alex notes poignantly at one point, ‘everyone seemed determined to put me into a box that I had no business being in, expected me to think and act and want in ways that were consistent with a label with which I could not identify.’ Sara Taylor’s multi-threaded tales share this same desire to go beyond compartmentalised notions of identity, preferring instead of plot the ongoing and always unfinished processes of identification that characterise the dynamism and unpredictability of her fiction to date.