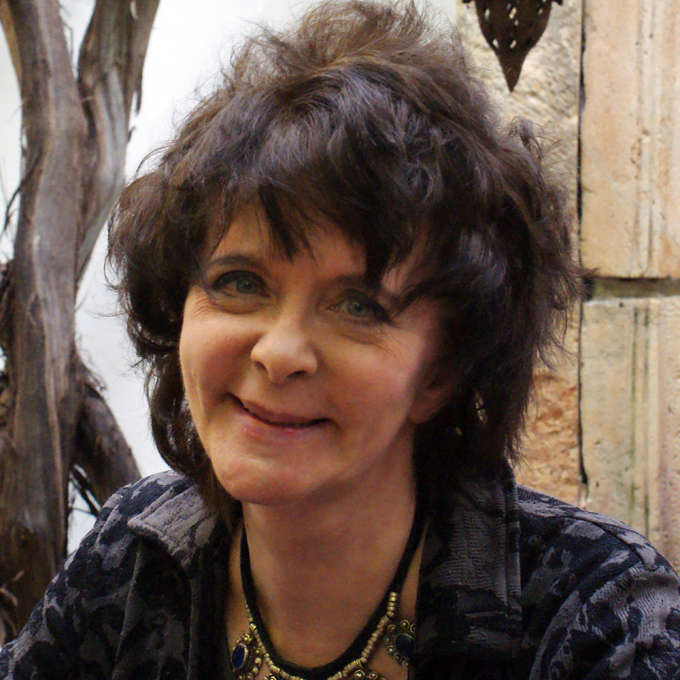 Ruth Padel was born in London.

She is a Fellow of the Royal Society of Literature and Zoological Society of London. She wrote a PhD on Greek tragedy at Oxford University, taught Greek at Oxford, Cambridge and Birkbeck College, London (and opera in Princeton Modern Greek Department), and then became a freelance writer, doing features and reviews for many newspapers including The Independent, The Timesand New York Times; and broadcasting for BBC Radio 3 and 4.

She was Poet in Residence for the Henry Wood Promenade Concerts in 2002, the first Resident Writer at Somerset House 2008, and Resident Writer at Christs College Cambridge in 2009. Her radio work includes a BBC Radio 3 series of talks on opera, and an acclaimed series of programmes for Radio 4 on Hans Andersen, Edward Elgar, Tennyson and Charles Darwin. She invented the 'Sunday Poem' discussion column for The Independent on Sunday, on which her book, 52 Ways of Looking at a Poem (2002) is based, and wrote it for three years. She wrote a monthly column, 'Wild Thing' for The Times, on wild animals in myth, literature and ecology and takes an active part in tiger conservation.

Her writing about poetry includes 52 Ways of Looking at a Poem (2002), a snapshot of contemporary poetry in Britain with in-depth discussions of individual poems; The Poem and the Journey (2007), containing accessible analyses of 60 more contemporary poems and an acute introduction on why we need poetry; Silent Letters of the Alphabet (2010), the popular lectures she gave at Newcastle in 2008, on poetry's use of silence and implication; and Sir Walter Ralegh (2010), her selection and introduction to the verse of Sir Walter Raleigh.

She has also published short stories in Dublin Review and Prospect Magazine, and a novel - Where the Serpent Lives (2010), the background of which is wildlife conservation, during 2005, the year of the suicide bombings in London, and completed with research supported by the British Council's Darwin Now Award programme in 2009.

Ruth Padel is a Member of the Bombay Natural History Society, Society of Authors and P.E.N.

Ruth Padel is a prominent poet and critic.

She is highly influential within the poetry world (she was Chair of the Poetry Society from 2004-06) and has been an energetic champion of contemporary poets and poetry to the wider public, notably through her long-running ‘Sunday Poem’ feature in the Independent on Sunday newspaper. She is a classical scholar by training, specializing in Ancient Greece, but with a range of eclectic interests including rock music, psychology and science. Moreover, her passionate attachment to conservation of the natural world has led her to accompany scientists on expeditions, observing wild tigers in the jungles of Asia, as discussed in her book Tigers in Red Weather (2005). This is appropriate for the great-great granddaughter of Charles Darwin, whose bicentenary she has marked with Darwin: A Life in Poems (2009).

One of her maxims as a critic is: ‘a good poem is a love affair of sound and sense’. This – which would be an apt description of her own poetry - appears in a collection of her newspaper columns, 52 Ways of Looking at a Poem (2002). In it, she argues that ‘we are in the midst of a large-scale renaissance of poetry in Britain today’, providing a wealth of close readings of both contemporary and historical poems, from Pope to Larkin, Paul Muldoon to Carol Ann Duffy. Her column was directed towards readers (she apparently received thousands of letters and emails), informing them about ‘technical things like rhythm and rhyme, but also poetry’s relation to the media, the position of women in poetry, what has happened to British poetry since the eighties, and why’.

Padel has indicated the early importance to her as a poet of reading Sylvia Plath, Elizabeth Bishop and Anna Akhmatova. Ezra Pound’s influence may also show in an eclectic mixing of the classical and the contemporary; her lines often encrusted with gem-like images and compound words. But she has developed her own distinctive boldness. Her energetic lines are alive with passion and empathy; they relish consumerism and popular culture, typically sprinkling classical references alongside designer clothes labels or rock music icons, placing Thomas Malory alongside ‘the lyre of Iggy Pop’. ‘Harvest Moon’, the standout poem in her collection Angel (1993), looks forward to the sinuous complexities of her later works, its lovers being imagined as oriental hand puppets, ‘resinous figurines / requiring three manipulators’.

She won the National Poetry Competition in 1996 with ‘Icicles Around a Tree in Dumfriesshire’, a tour-de-force combining Andy Goldsworthy’s ice sculptures, erotica and ideas from physics. It was included in Rembrandt Would Have Loved You (1998), the volume that signalled her poetic maturity. Within it, a discontinuous sequence follows the doomed progress of an adulterous love affair, rendering a kaleidoscope of scenes and emotions. The rhapsodies of desire move from ‘Party-Time’ to bedtime when ‘his breathing had a hotline to her breasts’. But this is a ‘Pan in love / with a green elusive Echo’: jealousy ensues and a ‘fugue of held-in hurt / At your not phoning’ (‘Lost Tune’). Eros is again ‘the destroyer’ in Voodoo Shop (2002), which was shortlisted for both the T.S. Eliot Prize and the Whitbread Poetry Award. This is a book of mourning for her deceased father (‘The Grief Maps’) but also of exuberance; we as readers are transported to scenes in Brazil, New Orleans, Cannes, even ‘Surf Rage at Bondi Beach’. Once more there are a pair of ill-fated lovers; in Rio they sense ‘How jewel-hunters of Brazil are feather-probing leagues / Of chocolate earth, sifting a mine-wall’s sixty-five-foot dance/ Of ladder silhouettes’. In the title poem they visit ‘a voodoo Harrods’, wanting to buy ‘Feathers and candles, powders / that work magic in the dark like phosphorous candles’.

Padel’s second collection of criticism, The Poem and the Journey (2007), presents a great deal of sober advocacy for the importance of poetry and literary values. Poetry, she argues, ‘fortifies our inwardness’ and ‘keeps up a live conversation with two things at once: the real world now, and other poems, past poems’. Her detailed discussions of sixty contemporary poems start with Michael Donaghy’s ‘Machines’ and conclude with Czeslaw Milosz’s ‘Orpheus and Eurydice’. Along the way Padel interpolates some interesting anthropological insights as well as autobiographical asides. She remarks, for instance, that she recites poems when frightened. As she was when, on a tiger expedition, she was kayaking on an Asian river full of dangerous rapids. What came to her in extremis was a line of Emily Dickinson’s: ‘Civilization – spurns – the Leopard!’

Another of her statements in the book is that ‘Animals suggest ways of thinking about ourselves’. This is surely justified by the kinds of creatures observed (tigers, jaguars, foxes, alligators and an anthropomorphic leopard) in The Soho Leopard (2004). Introducing the book in the Poetry Book Society Bulletin (Summer 2004), she connected its inspiration both to her tiger searching expeditions as well as to a revived interest in her ancestor Charles Darwin. ‘The King’s Cross Foxes’ sequence, for instance, views Nature in its city aspect, following the life cycle of a vixen and her cubs over the course of a year. In the ‘Playtime’ of April, a Flora oil bottle is a ‘perfect rattle, with a pebble, for any toddler fox’. By November, the growing fox has become ‘a pointy-eared oilslick Achilles. / Bright warrior, who will not live long’. The title poem envisions its Amur leopard as more mythic than real: ‘frostfur, quicksilver, planting pug- / marks all the way down Dean Street’. This creature is unlucky in love, addressing an estranged lover thus: ‘the man you were with me was an endangered species / And has left the world’.

Many of the poems in Darwin: A Life in Poems (2009) were commissioned by the Bristol Festival of Ideas, and for an exhibition at the Natural History Museum. But the resulting book-length long poem is not merely an exercise in family history but a meditation on his life and work, giving us Darwin’s ‘voice’. His words are taken from his letters, notebooks, and autobiography, interpolated with other voices. Through them we follow his early life, his pivotal expedition to the Galapagos Islands, and his decades-long struggle to formulate his theory of evolution (first called ‘transformism’). Yet this is a human story as much as a scientific one: his marriage to Emma, his loss of Christian faith and sufferings at the deaths of children. Above all there is a wealth of brilliant imagery of the natural world, as in this scene onboard ship: ‘The deck is dazzle, fish-stink, gauze-covered buckets. / Gelatinous ingots, rainbows of wet flinching amethyst’. Whether writing about Nature or human nature, Ruth Padel vividly commands our attention.