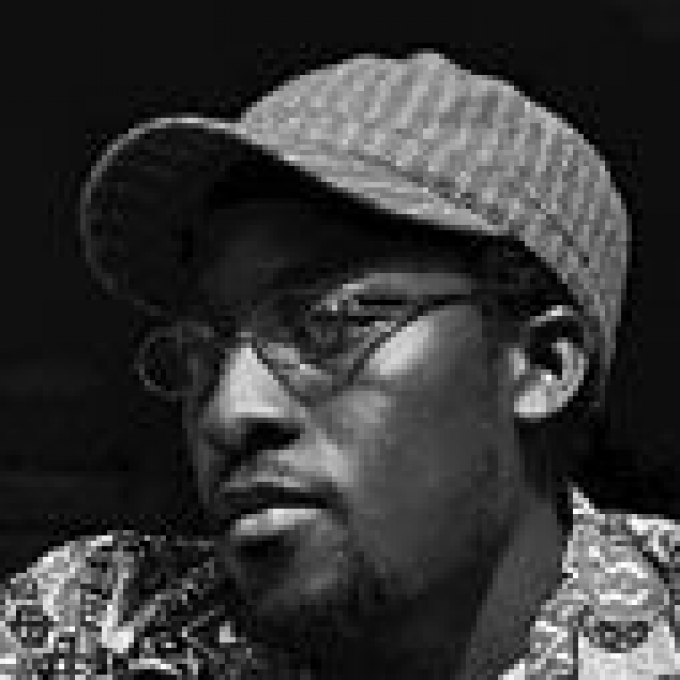 Nii Ayikwei Parkes is a writer of poetry, prose and articles, and has published 3 poetry chapbooks: eyes of a boy, lips of a man (1999); M is for Madrigal (2004), a selection of seven jazz poems; and shorter (2005), published to raise money for a writers' fund in Ghana.

His is also the Senior Editor at flipped eye publishing, and a contributor to many literary magazines and journals, including Wasafiri, Poetry News, The New Writer, Storyteller Magazine, The Liberal, Mechanics Institute Review and Sable. Nii co-edited the short story anthologies, Tell Tales: Volume 1 (2004), with Courttia Newland; and x-24: unclassified (2007), with Tash Aw.

An experienced performer of his work he has appeared all over the world, including at NuYorican, New York; The Royal Festival Hall, London; and Java, Paris, and often leads writing and performance workshops. In 2002, he completed a six-week tour of the US, and he runs the African Writers' Evening series at the Poetry Cafe, in Covent Garden, London. He has been poet in residence at the Poetry Cafe, associate writer in residence for BBC Radio 3, and is writer in residence at California State University in 2007. His poem, 'Tin Roof', was selected for the 'Poems on the Underground' initiative.

His first novel, Tail of the Blue Bird (2009), was shortlisted for the Commonwealth Writers Prize (Eurasia Region, Best First Book). In the same year, a short story, 'Socks Ball', was highly commended in the Caine Prize for African Writing and he became Online Writer in Residence for Booktrust.

His latest books are ballast: a remix (2009), a collection of poetry shortlisted for the Michael Marks Poetry Award; and The Makings of You (2010).

As the title of Parkes’ eyes of a boy, lips of a man (1999) would seem to suggest, the young Ghanaian’s debut collection is preoccupied primarily with issues of duality.

Duality appears in these poems less as an irreconcilable opposite or gothic doppelganger, more as the embodiment of beauty; a bewitching combination that holds the gaze, or that troubles the fixity of classification. As Parkes himself reflects:

‘Perhaps it was because I had just returned to Ghana and been struck by the easy way in which we reconcile blessings and curses, good and bad, without having to resort to definitive, classifying labels.’

In ‘Day and Night’ the speaker foregrounds the difference between ‘blinding blue skies’ and the ‘iridescent grey’ of evening before qualifying his thoughts: ‘Yet even they embrace / in the sensual softness of sunset - / a passionate blaze of glorious red-orange.’ In ‘Ghana by air’, a few pages later, the speaker urges the listener to become one with the elements, to be dragged along by the savannah winds, to float free. Fleeting scenes and scenarios rush by as blurred glimpses (boys on bikes, eyes, a married couple) while sounds, the constant questions of the speaker suggest, are equally indeterminate:

'Did you hear the blaring

Did you see two lovers

These short lines suggest both a lack of clarity and connection (‘Did you hear … Did you see?’) and the reconciliation, transcendence, or union of contraries (angry / friendly horns) through sensuality, through sex, and through spirituality.

Air and the elements are also central to Parkes’ highly original sequence of poems ‘Ballast’ (see ballast: a remix, 2009 and The Making of You, 2010). Described as a ‘tour de force of defamiliarisation’, the sequence rewrites the middle passage and the story of the slave trade by imagining the vehicles of transatlantic movement as hot air balloons rather than ships:

Because weight is whatever we keep inside.

Within the coffin confines

They inhaled death and hate,

And the same way balloonists

Couldn’t contain within paper and silk

The fiery resolve of burning straw,

Parkes’ felicity with the written word, with verbal economy and form, is all the more impressive given his reputation for performance poetry, and a mode of delivery that has sometimes treated textuality as secondary. This is not to underestimate the oral qualities of Parkes’ poetry. He has said that one of his main preoccupations in writing is ‘the reinterpretation of language’ and there is a strong musical note running through both eyes of a boy, lips of a man and, more explicitly, M is for Madrigal (2004): ‘a selection of seven jazz poems’.

Parkes’ first substantial poetry collection, The Makings of You (2010) is a highly personal record of childhood and family, creativity and creation and, simultaneously, a meditation on movement and migration. Here are the opening lines of ‘Crossing Borders’:

'I can scarcely remember

my first crossing of water,

All I have seen is pictures preserved

in envelopes and matching albums:

me, in snow, lost in a bright yellow coat,

me, skipping careless in some vast green park,

me, exposed to December sand and sun,

Childhood memories and migration merge in these poetic snapshots where borders are both countries and cracks in the pavement. There is nothing emphatically epic or solemnly elegiac about Parkes’ travel lines, the memories have an everyday quality, and like the speaker’s bright yellow coat, are worn lightly.

The title of this collection is a riff on the lyric by Curtis Mayfield, the African American soul, rhythm and blues artist. However, if this is a collection about identity and subjectivity (and clearly it is on one level), then it refuses any easy offerings on the subject of race. It is telling then that skin is that which conceals rather than reveals in this poem: ‘All these things that make you the man / that you are, you tuck beneath your dark / skin and never share: so nobody really knows you …’

In Tail of the Blue Bird (2009), Parkes moves from poetry to fiction. The novel is a literary whodunnit set in rural Ghana. Like much classic detective fiction, the plot dwells upon the divisions between modernity and tradition, science and superstition, while removing these themes from the metropolitan heart of empire and putting them down firmly at its edge. Kayo is a forensic pathologist, recently returned from study in Britain. He is brought in to get to the bottom of the mysterious remains found in the village of Sonokrom. However, scientific rationalism utterly fails to throw light on the dark world he encounters. Through the detective genre of his novel, Parkes again questions the classifying labels he first interrogated in eyes of a boy, lips of a man.

Tail of the Blue Bird was praised by Jonathan Gibbs in The Independent as ‘… a delightful book that combines the basic tug of the whodunnit with the more elegant pleasures of the literary novel. Like the best detective stories, it has a questing hero, and a vivid sense of locale.’

More fundamentally than this, Tail of the Blue Bird draws on Parkes’ reserves as poet to represent Ghana in a bold and fresh vernacular that both conveys a rich and apparently spontaneous regional humour while insisting we see the region anew. With its penchant for proverb and its sophisticated reshaping of standard English, the novel deserves comparison with Chinua Achebe’s 1950s classic, Things Fall Apart.

I have come to see my writing career as the job of a middleman, or the equivalent of a brand; seeking stories, packaging them in my language or brand, and passing them on to whoever wants to buy into my rendering of the truth. I focus on the voice of my characters, and relinquish the control of the truth to them, although it can only be told within the limits of my vocabulary. I also rely heavily on the ability of my audience to be able to afford – by dint of taxing their imaginations and preconceptions – the products of my search. As part of my branding toolkit, I count on the 14 languages that float around in my head for weight; the five I speak fluently for depth; maps that I have pilfered from writers I admire such as Chinua Achebe, Saul Bellow, Walter Mosley, Ngugi Wa Thiongo, Mario Vargas Llosa, Toni Morrison, Margaret Atwood, Mariama Ba, Ernest Hemingway, Ayikwei Armah, James Baldwin, W.B. Yeats, Atukwei Okai, Li-Young Lee and Gabriel Garcia Marquez, for direction; and the growing lexis of my own experiences.