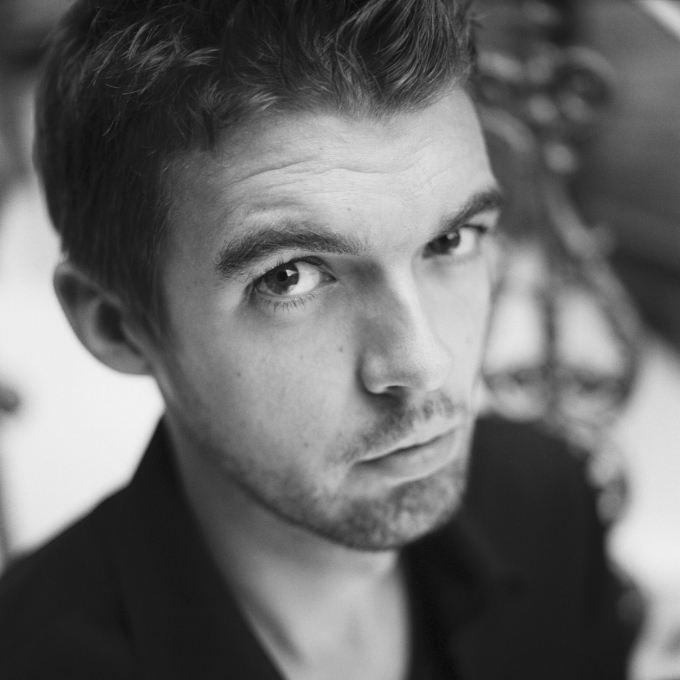 Nick Laird is a lawyer, poet, novelist and critic from Northern Ireland.

His essays, reviews and poems have appeared in various journals in Britain and America, including The London Review of Books, The Times Literary Supplement, The Guardian, The Times, The Daily Telegraph, The Believer, New Writing 11 and New Writing 13.

His debut collection of poetry, To A Fault, and his first novel, Utterly Monkey, were published in 2005. To A Fault was shortlisted for the 2005 Forward Poetry Prize for Best First Collection, and Utterly Monkey for a 2006 Commonwealth Writers Prize.

Nick Laird's second collection of poetry is On Purpose (2007), winner of a 2008 Somerset Maugham Award and the 2009 Geoffrey Faber Memorial Prize. His second novel, Glover's Mistake, was published in 2009.

In ‘Poetry’, a poem from Nick Laird’s first collection, To a Fault (2005), the poet describes the art form as being ‘a bit like looking through the big window / on the top deck of the number 47’, but also compares it to

‘opening my eyes when everyone’s praying. / The wave machine of my father’s breathing, / my mother’s limestone-fingered steeple, / my sister’s tiny fidgets, and me, moon-eyed, unforgetting.’

The poem goes on to culminate in a merging of both images: the poetry occurring when the doors of the church, but also the bus, ‘flap slowly open to let us out, / like some great injured bird trying to take flight’. As well as giving the reader insight into what Laird views to be the workings of poetry, then, this also captures the style, tone and influences apparent in his work as both a poet and a novelist: the characters in his prose and the voices in his poems being those of disillusioned individuals aware of their own existence as marooned consciousnesses; persons who look upon the world and its contradictions and stumble upon epiphanies, but also remain detached and closed off within themselves. Notably, the poem also demonstrates Laird’s switching between the prominent Northern Irish landscapes of his home and the contemporary, fast-paced cityscapes of his adopted modern London: the influence of Heaney and Kavanagh echoed in his richly descriptive talk of ‘the mythic coast by the kitchen stove’, where his ‘father warms his back and talks of floods, / riptides, the boy drowned in Bundoran’ (‘The Length of a Wave’), as set against ‘the scaffolding clinging St Paul’s’ and ‘an open-armed crane turn[ing] to embrace the aeroplanes passing above’ (‘The Bearhug’), where the use of rhetoric and street-smart phraseology associated with the poetry of Simon Armitage is particularly apparent.

In fact, the ease with which one can trace the influences in Laird’s writing, particularly his poetry, has earned him a degree of negative criticism from some critics, especially when paired with his meteoric rise to prominence: his first collection and novel both published with big presses Faber and Fourth Estate in the same year. And it’s certainly true that some of the poems in To a Fault echo with reminders of not only Heaney and Armitage, but also with the likes of Paul Muldoon, as in Laird’s matter-of-fact dealings with acts of political violence:

'The pistol jammed and they kicked him over.
They could break his legs, they offered,
but he waited, and another gun was brought,
and the barrel held against his calf
(friends, see, so they spared his knees),
and the trigger pulled and the bullet shot.'
(‘The Signpost’)

However, To a Fault, like most first collections, serves mainly to showcase what Laird’s poetry is capable of during its finer moments. Poems of affecting poignancy delivered with wit and genuine comedy show Laird to be an impressive writer of love poems, for example, as in ‘Done’, where the emptied flat of a couple’s break-up is metaphorised as ‘the scene of a murder. / Dustsheets and silence and blame’; the couple ‘giv[ing] back letters and eat[ing] [their] words. / You wrote off the Volvo. I gave you verrucas.’ The half-solemn, half-humorous tone here is something Laird employs to equal affect in his prose: the better scenes in Laird’s semi-autobiographical novel Utterly Monkey (2005) being those that successfully tread the line between seriousness and comedy. A prime instance is of protagonist Danny Williams’ attempt to convince a security guard of a suspected bomb inside a transit van outside of the Bank of England, the guard remaining unconvinced as Danny tries to explain away the fact he has a baseball cap on, a black eye, and a felt tip moustache drawn on his face. Like Ian McEwan and Nick Hornby before him, Laird is also adept in exploring relationships between men and women: Danny Williams’ meeting with his feckless old school friend Geordie, for example, charts ‘anecdotes, the mind-that and mind-this of teachers and football matches, and the there-was and you-never of some night in Cosgroves, paus[ing] a little at politics […] before spinning down gently through jokes into women.’ Ultimately, however, the novel can be read as an exploration of Laird’s foremost concerns: the tensions between home and flight, our need for familiarity and adventure, and the differences between – in Laird’s case – his small town Northern Irish roots and the adopted cities of London, Warsaw, and Rome. As one might expect from a novelist who is firstly a poet, Utterly Monkey is also crammed with evocative descriptions and illuminating metaphors, as in the light from Danny’s empty fridge shining like ‘a UFO opening its door’, or the ‘shards of glass hung from the frames [of broken windows] making them look like animal mouths, fanged and dark’. This not only adds a richness to the writing, but also lends the novel its readability, or what Frank McCourt calls ‘the way it moves; writing [that] is deft, good-humoured and absorbing’.

A second collection of poems, On Purpose (2007), shows Laird exploring similar themes to his first, but where a streetwise vernacular often dominated To a Fault’s examination of human relations, here the poems enlist the findings of philosophy and science to make sense of the intimate and personal. And so in ‘Terrain’, one of the poems that forms a sequence informed by Sun Tzu’s military treatise, The Art of War, the poet finding his lover asleep in front of the television prompts a consideration of the ‘proponents of string theory’, who ‘posit twenty-six dimensions’, which in turn leads the poet to conclude that despite us ‘hav[ing] the ability to pick up only four’, ‘all the other universes press like lovers up against us.’ Tensions between Laird’s Northern Irish roots and his cosmopolitan existence surface in poems reminiscent of Utterly Monkey’s themes, too, but scientific theory is again enlisted to make sense of these relationships, as in ‘His Scissors’, where ‘Darwin’s principle of […] / direct action, on the nervous system’ helps to make sense of Laird’s, and his family’s, actions: his Uncle CJ, ‘our Detective Inspector’, surveying the ‘crime scene’ of Laird’s office (‘I’m having a little difficulty, might there, // might there have been a struggle here? / The broken lamp. The books on the floor.’)

The writing is evidently more confident in these later poems, then, but Laird’s preoccupations remain much the same: writing that is concerned with our shifting identities, but also with the failures of language, and with the ways in which we linguistically cover ourselves in everyday conversation. For just as the poet’s father is ‘deft [to] remember when not to mention / the trouble or women or prison’ in an early poem of Laird’s, ‘Cuttings’, talking instead of ‘the parking or calving or missing’, a recent poem published in the Times Literary Supplement shows Laird ‘point[ing] out what we talk about we talk about // because we speak in code of what we love’ (‘Conversation’). If Laird’s writing possesses a certain grativas, then, or at times displays a depressive tone (what one critic called ‘a relentless verbal negativity’), it is only through his attempts to dig deep below the facades and gleaming surfaces of the modern world that this occurs, demonstrating Laird to be a writer concerned with putting himself, and the reader, in touch with the truth at the bottom of everything, even if, at times, such a ‘truth’ is as richly complex and as open to interpretation as poetry itself.