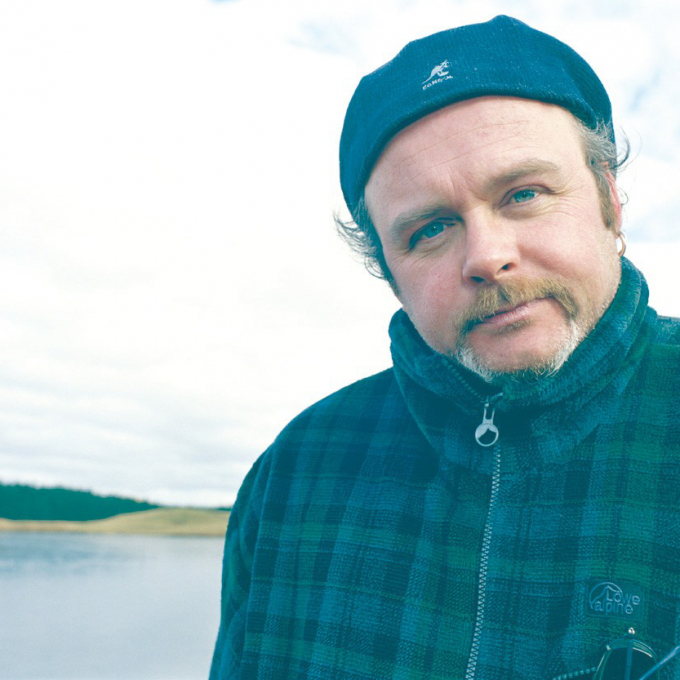 Niall Griffiths was born in Liverpool in 1966, studied English, and now lives and works in Aberystwyth.

In 2010, his book, In The Dreams of Max and Ronnie was published, one of Seren's 'New Stories from the Mabinogion' series. Griffiths first collection of poetry Red Roar: 20 Years of Words was published by Wrecking Ball Press in 2015. Griffiths' most recent book is Broken Ghost (2019).

Zeitgeist defining and defiantly anti-literary, Irvine Welsh is one of the most imitated writers of the last decade.

Welsh took his lead from the frazzled imaginative exuberance of William S. Burroughs, adding a hard-edged rationality and overt political engagement to the typically narcissistic romanticism of the Beat writers. The constant need of his characters for drug-fuelled experience is as much a means to achieve epiphanic moments, as escape. If there is any writer who can take over Welsh’s mantle as the primary chronicler of life lived away from the Working Title Home Counties version of Britain, it is Niall Griffiths.

Griffiths has described comparisons to Irvine Welsh as lazy. A more accurate word would be obvious. But it’s worth exploring, if only to get it out of the way. And in any case, the comparison is very much a compliment. Irvine Welsh, like James Kelman, Roddy Doyle and John King, has been at the forefront of linguistic innovation in the novel, helping move it away from its traditional solidly middle-class ground. Griffiths shares Welsh’s ability to render vernacular phonetically, an extremely effective way of getting inside the beats and rhythms of a character’s psychology. Griffiths’ fictional terrority is also similar to that of Welsh: a world of Rizla papers and vomit, needles, job-seekers’ allowance and all-week benders. There are junkies, stoners and winos, tramps and wide-boys, scam merchants, dealers and drunks; there is raw lament and disaffection, alienation and rage, both articulate and inarticulate. But none of this is to suggest that Griffiths is a carbon copy of Irvine Welsh. Griffiths brings to his fiction a poetic anger, a visionary lyricism, which differentiates him from his primary literary forebear.

Like Thomas Hardy with Wessex, Griffiths has taken West Wales and made it his own; indeed, his fiction displays an evident love of the Welsh landscape. As a teenager he went on an Outward Bound course to Snowdonia as a punishment for a series of petty crimes: 'if you get high enough up a mountain and it is quiet enough you can hear the whisperings of God.' The redemptive power of nature is a feature of Griffiths’ work. In Stump (2003), his award-winning comic tale of a pair of inept shell-suited villains who journey to Aberystwyth in search of a one-armed man who has cheated their boss, there is nature as a conduit to the spiritual. Yet in contrast to writers lost to pastoral revelry, Griffiths reminds us that nature is as cruel and blood-filled as the streets of the most dangerous cities. He is, in essence, fascinated by the way in which landscape informs a people: 'a remember Malcolm once ee was drunk goin on about how inner mountain country yer tend to look up at the sky or down at the ground or the towns cowering in the hollows, the valley floors. There’s no in-between ee sed; horizontal vision is rer inner mountain country, yer can only be a dreamer or someone resigned to your fate.'

Griffiths’ career began with a Proustian search for lost time. Tired of being unable to recall the details of his epic binges, he began to make notes on what he could remember. Over time these morphed into fictionalised accounts, with real people transformed into characters; 'gradually,' he said, 'the writing became more important than the attempt to regain the time I had lost.' Thus was Grits (2000), his first novel, born. Set in the late 1990s, Grits is the tale of a disparate group of drifters who come together in the coastal town of Aberystwyth, as much because it’s at the end of the train line as anything else. Its characters struggle to fight their various addictions and their own intense need for meaning. This is the novel’s force, this sense of the hollowness of life stripped of all its spiritual significance.

Griffiths followed Grits with Sheepshagger (2001), the title of which refers to the pejorative English term for the Welsh. Of all of Griffiths work to date, it is the most starkly violent. It is also the most political, a bitter blast of bile cast toward Wales’ dominant next-door neighbour, and a cry of love toward a country geographically and culturally marginalized. The story of Ianto, a man forced to watch his family’s ancestral home being transformed into a weekend retreat by middle-class English yuppies, Sheepshagger is something we see too little of in fiction: Wales seen through the eyes of a Welshman. Ianto is unable to articulate his love for his land; he feels rather than understands the struggle to create a new sense of self, the pain of a country long stripped of its identity. His frustration leads to savage retribution: a vengeance seen through the eyes of Ianto’s friends as they recall what happened, struggling to accept the parts they themselves played in what took place. Sheepshagger is a superb achievement, a hymn, bold and lyrical, to the power of belonging. As ever with Griffiths, it is charged with energy and linguistic invention; it pulses with a haunting and ever-present sense of a great abyss at the heart of things, where belief should be.

Characters in Griffiths’ fiction reappear in subsequent novels, minor characters often becoming protagonists. Sometimes scenes are repeated from a different character’s perspective. Wreckage (2005), Griffiths’ most recent novel, moves the story of Stump on, as Darren and Alistair return from their trip to Wales to find the one-armed alcoholic, pulling back into Liverpool with excuses to invent and tempers to assuage. This all creates the sense of a completely realised alternative world. It is one which Griffiths uses to mirror our own. He demands we look at our blemishes and stains, the way we turn gold to dirt, the beautiful to the wretched.

Griffiths’ third novel, Kelly & Victor (2002), takes two previously minor characters and moves them centre stage. Calling Kelly & Victor a love story would be like calling The Office a sitcom; sometimes, traditional classifications come nowhere near the mark. Kelly & Victor is a mordant tale of obsession, sadism and the possessive instinct. It is raw and unflinching, disturbing and absolutely compelling. And as with all of Griffiths’ work there is the sense of accident. His novels show unforeseen chance collisions upon which our lives turn. It is expressed quite beautifully in Grits: 'People offun say that yuh can choose yuh friends but am not entirely sure about that; sometimes it’s like yuh find yuhselves next tuh each other, like stuff washed up on thuh beach.'

Griffiths cites Nick Cave, Tom Waits and Hubert Selby Junior as influences. He shares with them a black wit, an unexpected turn of phrase and an absence of fear. Like them, he is interested in people on the margins, people for whom life is redundant without belief, people who understand that no one ever really wishes to celebrate vice or misdeed. But as Tom Waits said in Please Call Me Baby, after Goethe: 'if I exorcise my devils then my angels may leave too.' Griffiths understands this; his fiction expresses it with eloquence and intelligence.

Writing is a medicine, it always has been, a tonic to terror and confusion even though it might generate both of those things. As a child, I grew up in a house largely without books but it was nevertheless filled with stories, of ghosts and wars and love and of the old countries, and I write to recapture the shivering wonder I felt as the old people around me recounted these tales, each one of them absolutely true, of course. Were I to be forbidden from writing, I probably wouldn't die, but I'd certainly be very, very unhappy; it is as important to me as breath or food or love or God (to quote Raymond Carver). Plus it beats having to do a proper job, doesn't it? Getting up early in the morning to go and lift heavy things, that's not for me. I did years of that; no more, thank God. 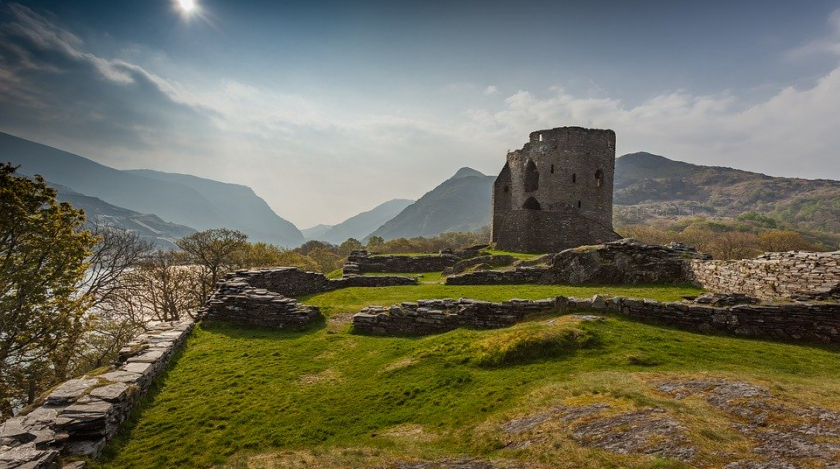