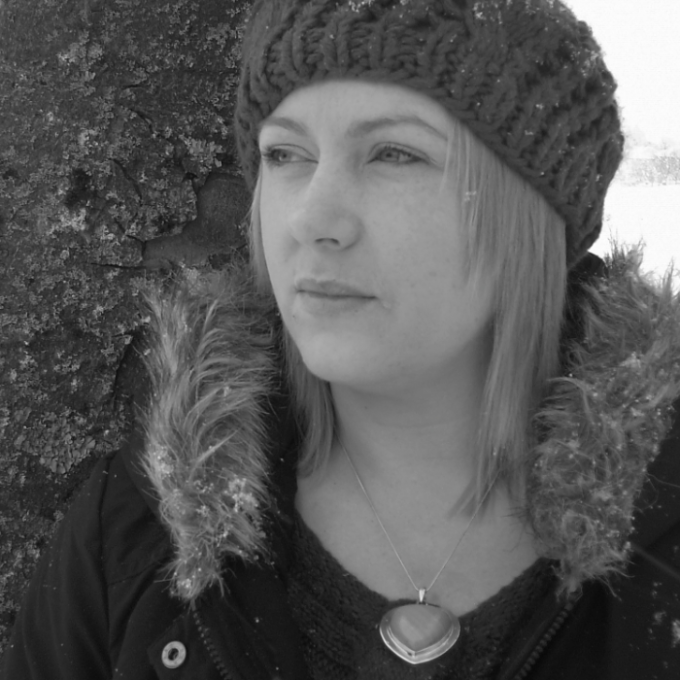 Melissa Lee-Houghton is a poet & writer of short fiction, selected by The Poetry Book Society as one of the Next Generation Poets 2014. She was born in Wythenshawe, Manchester in 1982, and remains based in the North West of England.

Her debut release, Patterns Of Mourning, a book-length sequence recording a descent into madness during a troubled affair, was published by Chipmunka in 2009 and was followed with Bite Your Tongue When You Give Me My Name (2009), a collection of early poems.

Her first major collection, A Body Made of You, a series of poems written for writers, artists, strangers, lovers and friends was published by Penned in the Margins in 2011.

Beautiful Girls was published in November 2013 by Penned in the Margins and was selected as a Poetry Book Society Recommendation for Winter 2013.  The section of the collection titled ‘Joseph’ was also the winner of The New Writer's Prose & Poetry competition 2012, and the poem ‘Square Man‘ was featured as The Saturday Poem in The Guardian in June 2014. Her poem 'i am very precious' was shortlisted for the Forward Poetry Prize for Best Single Poem in 2016, and her collection Sunshine (2016) was shortlisted for the Costa Poetry Prize.

Lee-Houghton is a regular reviewer for The Short Review and has contributed to literary magazines such as Poetry Wales, 3:AM, Tears in the Fence, Poetry Salzburg Review, The New Writer, La Reata and The Reader. Her poem, ‘Jim’ was featured in Starry Rhymes, a chapbook published by Read This Press in 2011 to commemorate what would have been the 85th birthday of Allen Ginsberg.

"Rage” argues the rising English poet Melissa Lee-Houghton, “is underrated." And through a series of increasingly well-received books of poetry, she has become one of the most intense poets on the British scene, channelling both rage and tenderness into starkly compelling character studies.

Hers is a poetry that balances of intensity of focus with careful control, and mixes disarming emotional frankness with wry humour. She has used this combination mixture to explore a range of themes, obsessing constantly on physicality, inner mental states and the ever-present hum of searing sexuality.  In terms of approach, she has specialized in particular on the portrait as a form of poetic connection, unraveling the complex relationship between sitter and artist in the language of portraiture. Formally, she flits from irregular form to hallucinogenic collage, resulting in a dislocated and drawn out series of moods.

Perhaps the most prominent theme is that of mental trauma. Many of her poems focus on the effects of psychological imbalance and extreme emotional states. Part of this is biographical, and Lee-Hougton has been open about her history as patient for bipolar episodes, and on how she has drawn upon her knowledge of the treatment processes involved to create moving and often strikingly insightful work.

As she said in the foreword to her first small collection, her manifesto is one of doing justice to having a “full heart”:

One of the main problems we have as a society in this age is what E.M. Cioran referred to in his book A Short History of Decay as an “incapacity for quietism.” We are supposed to be cool, aloof, guarded … People readily shy from messy emotion, from the expression of human pain and equate it to egotism or narcissism, the most hated and accusatory of personality traits (Patterns of Mourning, p.6)

Her work to date represents an effort to correct this tendency, and to explore and complicate the relationship between the personal and the political. In interviews, she is fond of quoting the line from Theodore Adorno: "The splinter in your eye is the best magnifying glass." And her work uses this process of magnification consciously well, turning using harrowing experience of herself and others outwards to reflect on both the world at large and the condition of poetry.

Her debut release, Patterns Of Mourning (2009) was a frank testimony of inner psychological turmoil. As she notes in the volume’s foreword, she “wrote this book while undergoing what was later termed a Mixed Affective Episode, as a diagnosed Manic Depressive since the age of 15. It was composed on the underside of letters, the backs of my hands and arms and all over my clothes, on train tickets, in public computer terminals, on walls, in hotels, hostels, hospital wards, on platforms in train stations, during painting classes, at my mother’s house when I was lost.” Though her sensibility was still not fully formed, the resulting work gave notice of the kind of unsparing power that she would make her own in subsequent major collections.

The first of these was A Body Made of You (2011), a series of verse portraits written for other writers, artists, strangers, lovers and friends. As one of the pieces put it, the book was devoted to a “collection of ordinary muses that are ever / offering ink.” These studies of other people probed the complex connections between artist and sitter, asking questions about gender and about the imbalances and ironies of power dynamics.  Some of the sitters are named. Others, like the figure captured in ‘Anatomy (Female, 9 years)’ are presented with almost anthropological distance. In these poems, the second person is by turns accusatory and tender, and extreme enjambment sometimes strips the pieces back to fragments of dialogue.

As she explains, the process began by interviewing each muse, and then working from photographs and paintings. She has explained the process from subject to poem as follows:

I wanted to try to write portraits, in a similar way I would visually paint someone; to piece together a complex visual and psychological image of a person. But more than that I wanted to involve the person, and so I began interviewing people … The interview process allowed me a window into another world- I could literally still be writing about them now they were so interesting. I am always fascinated in the inner worlds of other people. (Cadaverine magazine, 2011)

This collection led several critics and fellow poets to hail Lee-Houghton as a talent to watch. Writing for Hipster Book Club, MeLaina Evans thought that, “Lee-Houghton’s flair for rich description meets the speaker’s curious fascinations…Her words are soaked in [a] tension between body and mind, between who we are supposed to be and the god-awful gorgeousness of who we really are.”

That volume was followed by Beautiful Girls, a collection that adapted this portrait technique, capturing the narratives surrounding mental asylum patients. The title poem illustrates the uneasy tone of confession and secrecy explored throughout the book:

Beautiful Girls
In our graves we are all
Beautiful girls. Our skin
is falling away like the tide.
our bones are
long and slender
all inhibitions gone. We’re
lovely in the mud
that fit boys have dug,
for a council wage,
not knowing how beautiful
we lay there
like honeymoon brides
anticipating sex,
not expecting death –
serene as prawns and queens
and home in ourselves
forever.

Once again, this was a collection dedicated to the capturing dignity and humanity of a series of characters, who are presented throughout without a trace of sentimentality or unearned sympathy.  In poems with such stark titles as ‘Hunger Pangs’, ‘Anarchy’, ‘Virginity’, ‘Codeine’, ‘Group Therapy’, Lee-Hougton turns the portrait technique and theme of her previous collection to capture an ensemble of vividly drawn protagonists, in a sequence that amounts to a moving vision of drugs, pain, suffering and recovery.

The book was very well received. It won a Poetry Book Society Recommendation, and Pascale Petit praised the collection’s ambition and range, commenting that ‘these unflinching poems feel as if they wrote themselves … at times the language becomes rhapsodic, though there is always a lyrical grace and adroitness, and an intense but careful control’. Chris McCabe was similarly impressed, noting that “Beautiful Girls is not a book for the faint-hearted. The reader has been invited to a sleepover at the asylum, a night in which five-year old girls drift alone through the wards, where the mentally unstable do sit-ups when nobody is watching and where heaven is a place between “the sky and the planets” reserved for those with personality disorders. This collection will be a home-to-home for sufferers and a journey through terrible night for those who’ve been fortunate enough to take the non-scenic route in life.”

In 2014, Lee-Houghton was chosen as one of the 20 Next Generation Poets, a group expected, in the hopes of its organisers, to “dominate the poetry landscape of the coming decade.” 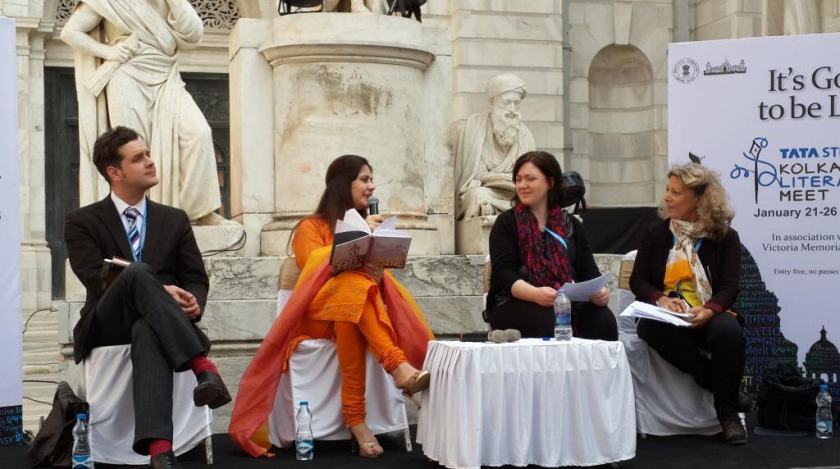 Poet Melissa Lee-Houghton writes after visiting India with the British Council about how poetry can enrich lives and help us feel less alone.