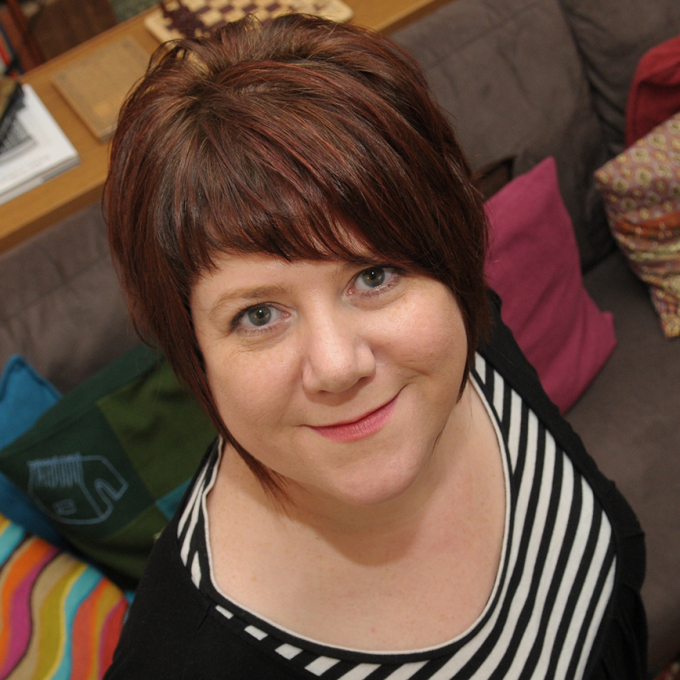 After studying history at Glasgow University, Louise Welsh established a second-hand bookshop, where she worked for many years.

Her first novel, The Cutting Room, won several awards, including the 2002 Crime Writers’ Association John Creasey Memorial Dagger, and was jointly awarded the 2002 Saltire Society Scottish First Book of the Year Award. Louise was granted a Robert Louis Stevenson Memorial Award in 2003, a Scotland on Sunday/Glenfiddich Spirit of Scotland Award in 2004, and a Hawthornden Fellowship in 2005.

She is a regular radio broadcaster, has published many short stories, and has contributed articles and reviews to most of the British broadsheets. She has also written for the stage. In 2010 she wrote two plays with Zoe Strachan entitled Panic Patterns and Christmas Spirits.

Her second book, Tamburlaine Must Die, a novelette written around the final three days of the poet Christopher Marlowe's life, was published in 2004. Her third novel, The Bullet Trick (2006), is a present-day murder mystery set in Berlin. Naming the Bones (2010), is set in the universities of Edinburgh and Glasgow.

From 2010-2012 she was Writer in Residence for the University of Glasgow and Glasgow School of Art. In 2012, she wrote the libretto for Ghost Patrol, a touring production by the Scottish Opera and Music Theatre Wales, in collaboration with musician Stuart McRae. In the same year her novel,The Girl on the Stairs, was published.

In 2014 Louise was co-founder and director of the Empire Café, an award winning multi-disciplinary exploration of Scotland’s relationship with the North Atlantic slave trade. The project was included in the City of Glasgow’s Commonwealth Games Cultural Programme. Louise has written the libretto for the forthcoming production of a new opera ‘The Devil Inside’, music by Stuart MacRae, which will tour in 2016. She lives in Glasgow with the writer Zoë Strachan.

Welsh’s debut novel, The Cutting Room (2002), quickly found an enthusiastic readership who claimed it for the ranks of the literary crime genre.

Some readers, however, remained uncomfortable with aspects of the book. Auctioneer Rilke comes across a set of disturbing photographs while clearing a house in his native Glasgow. The pictures appear to show a woman before and after she is murdered for the sexual gratification of, among others, the recently deceased owner of the house. Feeling compelled to seek out the truth about both parties, and what really happened, Rilke sets out on a journey which takes him via contacts in the second hand trade through to some decidedly dangerous customers operating in a much shadier criminal underworld.

As a first-person narrator, Rilke has plenty of flaws and contradictions to keep him interesting. He is a regular in seedy pubs, smokes and swears a lot, and is quick to violence if provoked. Physically, he is well aware that he looks hollow-cheeked and cadaverous (at one point, comically, he is even asked to play Nosferatu in a low budget horror movie). At the same time though, he is loyal, compassionate, courageous, and looking for love. But it is in her portrayal of Rilke as a sexually active gay man that Welsh ruffled some of her readers’ feathers. His own desires and sexual liaisons are not circumvented, even as the issues of power and vulnerability in the photographs become more central.

‘I didn’t set out to write a crime novel,’ Welsh has said, although she admits self-consciously referencing gothic tradition. ‘My aim was to try and create that delicious feeling of hesitation between the real and the unreal. I want to mess with folk’s heads.’

The novel concludes with an appropriate twist and a fast-paced denouement. But it leaves plenty of unanswered questions. At best the mystery is only partially solved. Rilke drops hints about his own past and suggests there might be a specific reason why he felt compelled to trace the woman in the photographs – but we never learn what it is.

Although Welsh’s next book marked a complete change of tone and setting, she continued to explore through it some of the interests first aired in The Cutting Room. Tamburlaine Must Die (2004), is set in London, in 1593. Told in the form of a hastily compiled document of evidence by one Christopher Marlowe, it recounts the events leading up to (what he believes, and we know, will be) his death.

So in a way, it is another crime novel, but one in which the reader already knows the inevitable outcome. Playing on the few known facts about Marlowe’s death at knifepoint in a house in Deptford, Welsh weaves together a convincing fiction of political manoeuvrings, betrayals, and misplaced loyalties.

Enjoying an idyllic sabbatical at the countryside retreat of his patron Thomas Walsingham, Marlowe avoids plague-ridden London and instead passes his time writing, walking in the woods and, on what is to be his last night there, indulging Walsingham’s sexual urges. His troubles begin when he’s dragged back to London for an audience before the much-feared Privy Council, where he learns that someone signing himself ‘Tamburlaine’ has been pasting libellous verses around town. Marlowe, who is already known for his dangerously atheist beliefs, does not have long to find out who is behind the pastiche, and who is trying to get him into trouble. His investigations lead him to fellow playwright Thomas Kyd, his actor friend Thomas Blaize, adventurer Walter Raleigh, and a chorus of gaolers, booksellers, drinkers and spies. In a city where criminals’ heads are still displayed outside the prisons and hangings are a public entertainment, Marlowe knows he plays a dangerous game, where your best friend will gladly put your head in the noose to avoid it himself. It is a taut, engaging novella, full of descriptions of Elizabethan London which assault the senses.

Welsh’s latest novel, The Bullet Trick (2006), set largely in Germany and Scotland, was partly inspired by a trip to Berlin, during which she visited cabaret clubs for a travel article. William Wilson is a down-at-heel conjuror who acquires a piece of evidence implicating the recently retired Inspector Montgomery in the disappearance, some 30 years ago, of Sheila Noon. Wilson does not plan to hold onto it, but when Sheila’s son and his gay lover are murdered at their nightclub, he finds he is already in too deep. Hastily taking up a conjuring residency at the Schall und Rauch (‘Smoke and Noise’) club in Berlin, he hopes to lie low. There he meets the entrancing Sylvie, who becomes his assistant; and a cast of dancers, acrobats, hard men, and the mysterious ‘Uncle’ Dix. But it is not long before Montgomery is onto Wilson’s trail, and as the story shuttles from the action in Berlin, and events in Glasgow which take place after his return, we learn that Wilson has reasons for believing himself just as much a criminal as those he is trying to outsmart.

The Bullet Trick feels like a classic crime novel. The central character, again a first-person male narrator, is a rough-round-the-edges innocent who rapidly gets tangled up in a netherworld, the dangers of which he can only begin to grasp. Just as Rilke in The Cutting Room is compelled to use his contacts and specialist knowledge to trace the mysterious girl in the pornographic photographs, so Wilson is drawn into uncovering the truth about Sheila Noon’s disappearance – using his drinking pals, his conjuring skills, and his charms, in the process. Like Rilke, he’s destined to reach a solution of sorts, but not to get the girl (boy). Female vulnerability and the male (mis)use of power are again crucial themes: at the climax of the Berlin storyline, Sylvie is involved in an illusion, performed for an solo male audience, in which Wilson appears to shoot and kill her. But in this life-threatening situation, the issue of who holds the real power, and just how much is performance, is called into question. 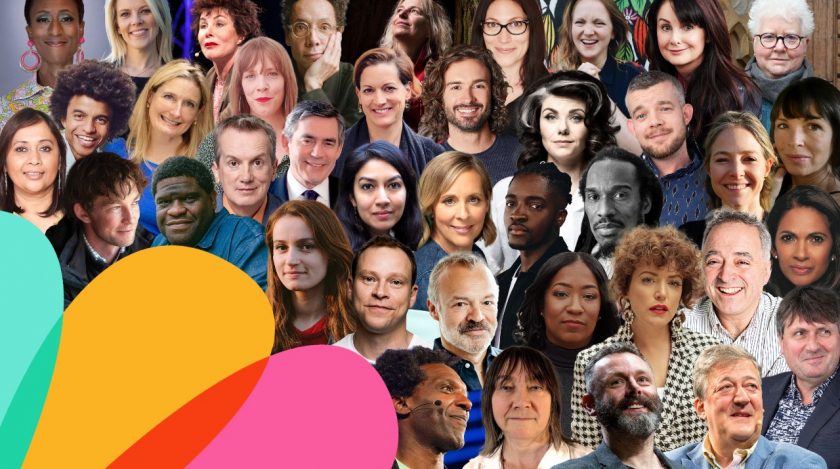 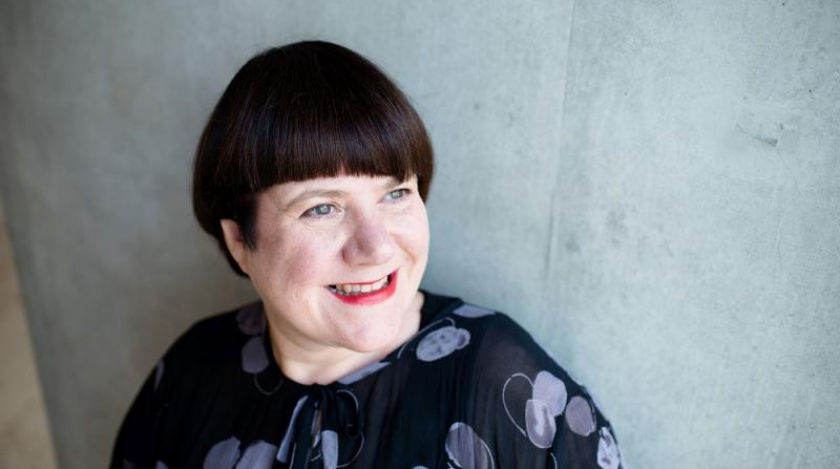 @louisewelsh00 @silenceothebams @ScotRail £7 Brian, they'd have to be highly motivated to hide the body
(1 days ago)

@louisewelsh00 @ely_percy Beautifully articulated Ely, you have achieved so much - more to come I'm sure - and are an inspiration
(1 days ago)