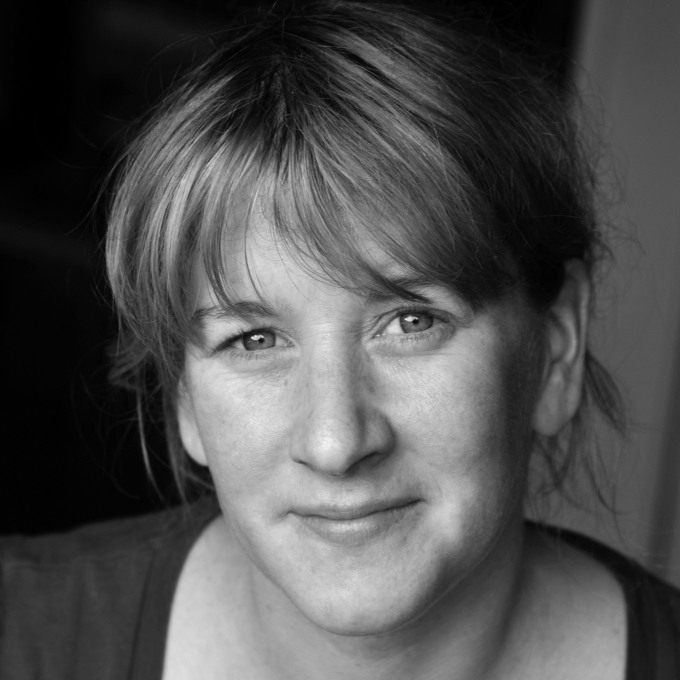 Leontia Flynn was born in County Down in 1974, and completed a Ph.D. at Queen's University, Belfast. In 2001 she won an Eric Gregory Award.

Her first collection, These Days (2004), won the Forward Poetry Prize (Best First Collection of the Year) in 2004, and was shortlisted for the Whitbread Poetry Award.  In the same year, she was named as one of the Poetry Book Society's 'Next Generation' poets.

Leontia Flynn lives in Ireland and is Research Fellow at the Seamus Heaney Centre for Poetry. Three further collections of poetry have been published: Drives (2008); Profit and Loss (2011), a Poetry Book Society Choice; and The Radio (2017). Profit and Loss and The Radio were both shortlisted for the T. S. Eliot Prize.

The eminent poet-critic Tom Paulin has described Leontia Flynn’s poetry as ‘smart as a whip, lyrical, always on point – the real, right thing’, and, given the freewheeling originality and assuredness of her debut collection, These Days (2004), it is hard to dissent from such a verdict.

Although part of a new wave of Northern Irish poets including the likes of Alan Gillis, Colette Bryce and Nick Laird, Flynn’s style is fundamentally her own: witty, markedly contemporary first-person lyrics with a pseudo-confessional edge that revel in what Elizabeth Bishop famously called ‘the surrealism of the everyday’; exposing the false distinction between the ordinary and extraordinary through exploring the rich vicissitudes of human experience. ‘Without Me’, for instance, a series of five poems dotted throughout These Days, typifies Flynn’s attempts to make sense of the everyday (in this case, the narrator imagining life without their lover) through metaphor and an occasional Muldoonian free association, but also through exploring the redundancy of language and cliché, an approach reminiscent of both Simon Armitage and Glyn Maxwell’s work:

‘And what’s the point of the three-and-a-half years spent- like fifteen minutes at a bus-stop – if as casually
as my glib wave, when something moves from my hand,
or the road receding in the driver’s mirror,
we are gone? Suddenly it’s beyond me:
how I’m turning my thoughts to the bird or two in the bush
and to all the fish in the intervening sea.’

Beneath such surface playfulness, however, These Days ultimately represents an earnest poetic search for both physical and emotional clarity, or what the collection’s blurb calls ‘a way to live a life’. This is particularly evident in the book’s opening poem, ‘Naming It’, relishing in the specific names of foodstuffs in a friend’s ‘well-stocked fridge’, as well as the narrator’s ‘pok[ing] at a sensitive tooth […] / to locate the exact, minute, sensory transition’ in the suggestive ‘Brinkwomanship’. One of Flynn’s most praiseworthy poetic gifts also lies in her ability to appropriate aspects of popular culture and the contemporary era without showiness or excess, as in ‘the mildewed kitchenette of afternoon / T.V.’ in ‘Come Live With Me’, and the witty, thought-provoking contrasts between poetry and computer programming language in ‘Perl Poem’. However, as the poet Carrie Etter has suggested in the Times Literary Supplement, Flynn’s rooting herself in the contemporary – and in particular, aspects of her own life – can also lead to less enticing, even trite, poems. A vignette like ‘Bridges’ and its uninspired attempt at exploring couch-potato culture, for example, serves to highlight the occasional pitfalls of Flynn’s approach: namely, that there is only so much significance to be gleaned from the insignificant.

On the whole, though, These Days collects an impressive number of refreshing, novel and exuberant poems that justly earned Flynn’s inclusion in the Poetry Book Society’s ‘Next Generation’ promotion of 2004. The book’s strongest work, for example, is undoubtedly the title poem: a deft, rhythmical and heartfelt yet humorous dissection of twenty-something life; from ‘the leaves on [a] Marc Chagall calendar / flip[ping] as though they were caught in some covert draught’, to being ‘bowled over hearing [one]self say ten years ago this … ten years ago such and such’. In many ways a manifesto piece, the poem is paradigmatic of Flynn’s poetic qualities: its casual tone, the subtle music and rhythmical gear changes, its frankness and the inviting, laidback contemporary idiom, building towards an image-rich, almost clumsy denouement: ‘like the man left standing, his house falling wall by wall, / in that black-and-white flick blurring headlong into colour.’

Flynn’s second collection, Drives, was published in 2008. As Frances Leviston noted in The Guardian, the ‘drives’ of the title ‘are both noun and verb, and refer to the psychological patterns that govern [the poet’s] own life and the lives of others, as well as to the journeys we make in this increasingly mobile world.’ In the latter instance, poems such as ‘Rome’ (a mocking take on the notion and limitations of tourism) and ‘Washington’ (a provocative riff on Shelley’s ‘Ozymandias’) demonstrate Flynn’s growing aptitude for the sort of subtle socio-political commentary and measured objectivity that her first book seemed to lack. Unsurprisingly though, the more accomplished poems in the collection are those that, at least on the surface, are most personal: combining wit, humour and a driving inquisitiveness in order to uncover, in almost Larkinesque fashion, truth within the ordinary. ‘Personality’, for instance, achieves a delicate and largely successful balance between self-indulgent gloominess and an almost indignant, artistic outrage:

‘there isn’t much in my life I’d miss if it were over:
the weird cheerful meanness of people to each other,
about pay, status, odd grudges, responsibility;
work’s meaninglessness – but it’s opposite, leisure’s abyss!
a snake coiled in the chest morning after morning …
How do I cope when poetry is part of this bullshit?’

If Flynn attempts to find an answer to this question in Drives, it is through the series of portraits of the lives of other poets and creative artists (reminiscent of those in Michael Hofmann’s Corona, Corona) that are dotted throughout the book. Exploring subjects including Virginia Woolf’s bi-polar disorder and breakdowns, F. Scott Fitzgerald’s alcoholism, and Elizabeth Bishop’s loss of her mother to mental illness and consequent orphaning as a child, these portraits do not shirk from difficult themes and, contrary to first impressions and occasional lapses, succeed in reaffirming the resilience and capability of the individual in the face of considerable adversity. For while in the collection’s title poem, the poet’s mother ‘isn’t one to assign / meaning to [her children’s] ways, their worlds’ bewildering drives’, Flynn is conversely drawn to exploring the ways in which lives are, can be, and perhaps should be, lived; her poetry often looking for what she calls the ‘basic wage, take-what-you-get epiphany’ wherever it might be found. Her occasionally repetitious subject matter aside, then, Flynn’s lyric abilities and stylistic flair offer the reader fascinating, often darkly comic poetic insight into the human condition and our existential concerns.