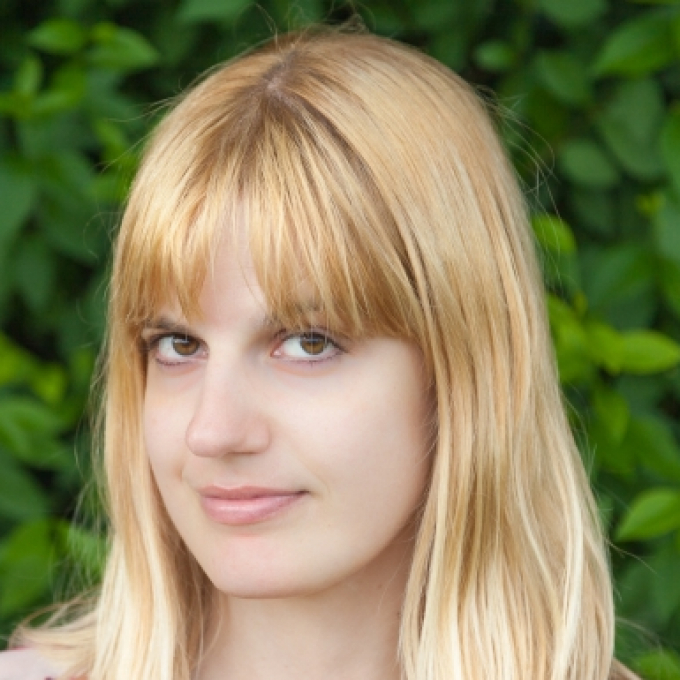 Julianne Pachico was born in Cambridge (U.K.) and grew up in Cali (Colombia). She is currently completing her PhD in Creative Writing at the University of East Anglia. In addition to The Lucky Ones her short fiction has appeared in Best British Short Stories and The New Yorker. She was shortlisted for the 2017 Sunday Times/Peters Fraser + Dunlop Young Writer of the Year Award.

The Lucky Ones (2017) heralds the arrival of a distinctive new voice in literary fiction.

The stories that comprise Julianne Pachico’s critically acclaimed debut challenge the reader to plot a way through what are frequently disjointed and impressionistic narrative worlds. They feel compelled to do so because of the stark, piercing originality of what these stories describe, and how they describe it.

Pachico’s collection unfolds in and around Western Colombia and New York and spans the twenty years between 1993 and 2013 when guerrilla warfare escalated in the Republic, and a growing illegal drug trade gave Colombia the dubious distinction of being the world’s largest producer of cocaine. Pachico’s stories owe much of their edgy, hallucinogenic quality to this reality. The book’s central characters include users and addicts, while the very sentences and forms used to describe their worlds feel high on cocaine's effects, coursing through the bloodstream of the entire collection, fuelling its surrealism. Paranoia, numb affectless prose and disembodied voices are the staple devices of these stories.

In ‘Lucky’, hissing radio announcements come from nowhere with their crackling hints of foreboding and menace. ‘M+M’ presents an unsettling exchange between two unidentified interlocutors who speak, without necessarily hearing each other. ‘Junkie Rabbit’ opens with a voice that both is - and is not - the narrator’s: ‘It comes out of nowhere, a low voice spoken in the dark: You guys feeling it yet?’. While in ‘Honey Bunny’, the absence of authorial voice leaves a series of wonderfully witty, discomfiting gaps on a New York subway as the stoned protagonist pulls leaf-like mucus from her nose while gauging the responses of her fellow passengers:

'She can hear the girls’ voices in her head, see their mouths forming ‘O’s and eyes bulging as they stare and nudge each other: OMG, look at her, she’s totally Michael Jacksoning!

It’s a dry leaf. Disintegrating in her hand, crumbling into thin brown flakes. She can suddenly feel the stem, shoved high up her nasal cavity, scratchy and tickling.'

As will be clear from such examples, the book’s title is deeply ironic: the young, female protagonists of The Lucky Ones seem far from fortunate: as much the victims as the beneficiaries of Colombia’s brave new world. These women have access to obscene levels of wealth within a poor country. At the same time, they are broken, dysfunctional individuals, caught in cycles of abuse and violence.  Just beneath the sugar-coated titles of stories like ‘Lemon Pie’, ‘Honey Bunny’ and ‘Junkie Rabbit’ are hard and heartless stories. ‘Honey Bunny’ was a phrase immortalised in Quentin Tarrantino’s Pulp Fiction, and that film reference also registers the dark, drug-induced flip-side worlds of Pachico’s short fiction.

In ‘Lucky’, the book’s tense and suspenseful opening story, Stephanie finds herself a prisoner in her own home. Her parents are away and the house servant has mysteriously disappeared when a menacing man appears at the door, and won’t go away. Retreating behind the wrought iron door, she reads fantasy books, watches Disney films and plays games while the doorbell rings out incessantly. At one point, she empties out a jigsaw puzzle in which each piece depicts a different department of Colombia:

'She picks out the familiar names first: Valle del Cauca, Cauca, Antioquia. And then the more exotic one: Guaviare, Putumayo, Meta.

Once the pieces are sorted, though, she never tries to fit them together. Instead she scatters them on the floor – she has to take an enormous step over them every time she heads down the hallway, like a giant who can cross an entire country in a single stride.'

The passage hints at the protagonist’s psychological state. The jigsaw is from a third-grade geography class and is one of a series of childhood regressions that Stephanie undergoes in playing out the trauma of her present situation. But this unfinished jigsaw also carries a wider meta-fictional significance, illuminating the book’s own emphasis on fragmented and incomplete structures rather than holistic modes of representation.

Pachico refuses to look at the country omnisciently; to draw the South American Republic (a world torn apart by civil war) as a map-able whole. The collection’s stories are typically headed with the name of a different Colombian department – Guaviare, Valle del Cauca, Antioquia - like the pieces in the puzzle. But like Stephanie, Pachico arranges these pieces, without putting them together. The author has said in this context that 'Colombia isn’t really a country that gives you the answers, so I wanted to write a book that maybe some people would find challenging...'

Formally, The Lucky Ones falls somewhere between novel and short story cycle, and ultimately it is the sectionality of short fiction that underpins the impressionistic and provisional qualities of the book. As Pachico puts it: 'I never thought about turning The Lucky Ones into a novel because the fragmented form felt appropriate to me, considering it’s a book about Colombia […] The short-story form allows you to jump around, to explore different perspectives and voices from piece to piece…' Given Pachico’s tantalizing talent, but also the commercial pressures exerted by publishing houses, it will be fascinating to see if she continues to jump with the short form, or settles into the more established narrative trajectories of the novel.