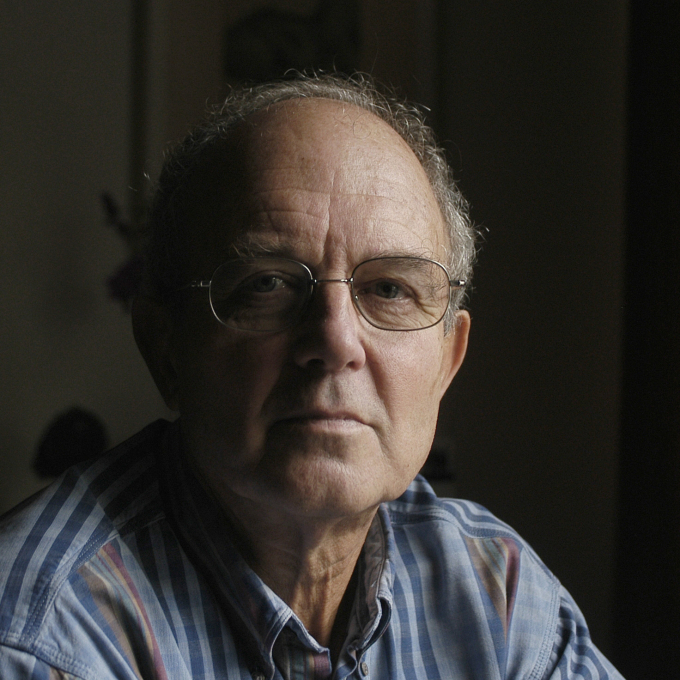 Poet, novelist and critic John Fuller was born on 1 January 1937 in Ashford, Kent.

His father was the poet Roy Fuller, who died in 1991. John Fuller was educated at New College, Oxford, and won the Newdigate Prize in 1960 for his poem 'A Dialogue between Caliban and Ariel'.

After National Service in the Royal Air Force, he began an academic career in 1962 as Visiting Lecturer in English at the State University of New York. He lectured at the University of Manchester between 1963 and 1966 and became Fellow and tutor at Magdalen College, Oxford in 1966.

His published work includes the poetry collections Epistles to Several Persons (1973), which won the Geoffrey Faber Memorial Prize in 1974, The Illusionists (1980), winner of the Southern Arts Literature Prize, Stones and Fires (1996), which won the Forward Poetry Prize (Best Poetry Collection of the Year), and the collection Now and for a Time (2002). The Space of Joy was published in 2006, and shortlisted for the 2007 Costa Poetry Award. Song and Dance, a Poetry Book Society Recommendation, was published in 2008. His latest works are Writing the Picture (2010) with photographer, David Hurn; Who is Ozymandias? And Other Puzzles in Poetry (2011); and a New Selected Poems: 1983-2008 (2012). His latest book of poetry, The Dice Cup, was published in 2014.

John Fuller is also a respected novelist: his fiction includes Flying to Nowhere (1983), which won the Whitbread First Novel Award and was shortlisted for the Booker Prize for Fiction, Look Twice (1991), The Worm and the Star (1993) and A Skin Diary (1997). His books written for children include The Last Bid (1975) and The Extraordinary Wool Mill and Other Stories (1980). The Memoirs of Laetitia Horsepole, by Herself (2001), is a portrait of the 18th-century painter, philosopher and femme fatale.

John Fuller is a Fellow of the Royal Society of Literature. He lives in Oxford and is now Emeritus Fellow at Magdalen College, Oxford.

John Fuller is author of, at the latest count, 16 collections of poems, and also books of fiction, works for children, the definitive reference guide to Auden’s poems, and editor of a number of anthologies.

This prodigious output is matched by the high level of his achievement. In poetry his is a careful art – cool, meticulous, sensitive to formal possibilities. His poems are shapely, varied in form and inventive – the 'beautiful inventions' of his 1983 book of the same title. They adopt a hugely varied range of metres and forms and are sometimes occasional in nature, celebrating everyday events, occurrences, things all too often taken for granted or judged as too mundane to be the subject of a poem. From his first book, Fairground Music (1961), it was evident that John Fuller was a virtuoso performer, quite at ease in strict stanza shapes such as the villanelle ‘Song’:

Some poems, such as 'An exchange between the fingers and the toes' or 'The Kiss' can appear as technical exercises, metric invention in search of a subject; but invariably form and tone are perfectly married in his work. His early poems are full of intelligent and surprising images such as: ‘seeds: fine as gunpowder, / Horny as toe-nails. A palaver. // You could say these shoots have done it before: frauds’ from ‘Green Fingers’; or ‘Cows! Cows! With ears like mouths of telephones!’ from ‘Band Music’, a reminder that John Fuller’s 1975 book The Mountain in the Sea was a precursor of poets such as Craig Raine who rose to prominence in the late 1970s/early 1980s known then at times as the Metaphor Men or the Martian Poets, a critical term created by James Fenton indicating a fresh and new view of the world seen as for the first time by a visitor from Mars. The Mountain in the Sea is in itself a remarkable book presenting a portrait, in a variety of metres, of a part of remote Wales celebrating the natural world with a calm relish from the smallest detail to a larger feeling for the mood of landscape and communicating a sense of wonder in the given world.

In these, and many other poems, Fuller metamorphoses and transmutes reality into something fresh and new. Nothing is quite what it at first seems in many of his poems. His poems move effortlessly from reality into fantasy and back again and blend fantasy with enigmatic narrative, something perhaps inherited from a mixture of early W H Auden and Alice’s phantasmagoric wanderings in Wonderland, as early poems such as ‘Fairy Tale’ or ‘White Queen’ show. Other early poems such as ‘Alex’s Game’, ‘Alex at the Barbers’ are examples of a kind of enigmatic narrative, as are ‘Her Morning Dreams’, ‘The Cook’s Lesson’ or ‘Scenario for a walk-on part’. These last two are fine examples of the genre:

'The borrowed walking-stick that makes me lame,
The single curiously worn-down tyre,
The hanging button and forgotten name,
The grinning of the vulnerable liar:
These are the gambits of a chosen game,
A well-cut personality on hire,
Mirrors too low, the eyebrows graze the frame,
Warming my hands before an unlit fire.'

This is perhaps Fuller’s most disquieting type of poem, holding the reader from first line to last. These compressed tangential narratives seemed to result eventually in Fuller’s celebrated novel Flying to Nowhere (1983), but first he wrote longer fictions in verse; ‘The Most Difficult Position’ (1974) and The Illusionists: A Tale (1980). The latter is a book-length poem in nine verse chapters in Pushkin’s Eugene Onegin stanza form and on the theme of the imaginary unveiling of a painting by Hogarth studying a painting of himself painting a scene from Pope’s ‘The Rape of the Lock’.

Music plays a part in many of his poems. There is also a whole book, Waiting for the Music (1982), on musical themes with poems titled ‘Trio’, ‘Sonata’ and ‘Silence’; and a recent book Song and Dance (2008) which divides the poems into three sections as follows: 1) Song, 2) &  3) Dance, and devotes poems in the first and last parts to song and dance respectively. Fuller’s notable powers of invention are fully on display here with poems on the waltz and the samba in the final section. The same book includes a playful commentary on contemporary technology in the sequence ‘The Spellchecker’s Guide to Poetry’ including a line on 'Philip Lark, Seams Heady and Silver Plash' poets whose names are misspelt by the computer’s spellchecker.

There is a memorable book of verse, Epistles to Several Persons (1973), in the stanza form created by Robert Burns with poems of great liveliness addressed to James Fenton, Angus Macintyre, Ian Hamilton (Fuller contributed to Ian Hamilton’s enormously influential poetry magazine The Review) and other friends.

His book Stones and Fires (1996) is also important to single out. It won the Forward Poetry Prize (Best Poetry Collection of the Year) and contains ‘Star-Gazing’ one of his finest poems and a meditation on time and space, demonstrating Fuller’s mastery of the long poem. It interweaves thoughts on the vastness of space (taking off from the discovery of an unused telescope found beneath his father’s bed) with a personal elegy for his father - the poet Roy Fuller - which moves all the more for its understated tone:

'So when we look up at the sky
And claim the interest of the stars
And when we weep our au revoirs
We know it is our turn to die.
The next black-letter day is ours.'

John Fuller’s poems throughout are notable for a lightness of touch and playfulness of tone. His high surface finish is matched by a mastery of practically any verse form you might imagine. He enjoys subtle illusions as in ‘Amazing’, an updating of the Tudor John Skelton’s remarkable satire ‘Speak, Parrot’. The reader does not need to catch the reference to understand the poem, but an additional pleasure is extended to those who can recognize the echo. Fuller’s poems are often genial and also formidably skilful art, at times perhaps appealing to the intelligence more than to the heart, but always capable of a truly original mix of imagination, wit and subtlety. His poems politely invite the reader to join with him in the very civilized game his poems play with language. But these poems also seek to find what art can and cannot achieve. Of all poets of his generation he is the one most in control of his gifts and the one to offer us the most immediate pleasure defined by Coleridge as the proper object of poetry. His Collected Poems (1996) is an essential volume for the collection of any reader of contemporary poetry.

Fuller’s other outstanding achievement in poetry is his W. H. Auden: A Commentary (1998) which is the definitive reference guide to the poems of Auden, a poet whose technical mastery was  an early inspiration for the refined art of Fuller himself.