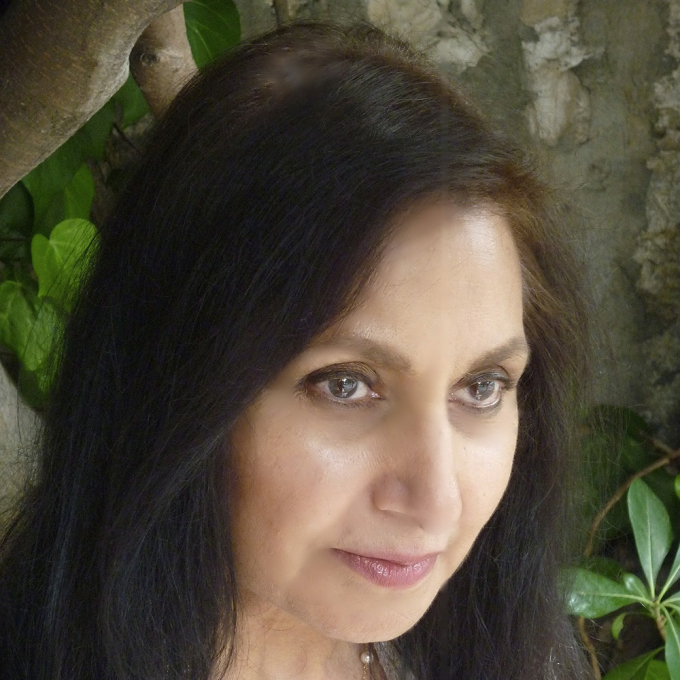 Imtiaz Dharker was born in Pakistan, raised in Glasgow, and now lives between London and Mumbai.

She works as a documentary film-maker in India, and is also an artist, having shown solo exhibitions in the UK, India and Hong Kong.

Imtiaz Dharker describes herself as a Scottish Muslim Calvinist, and it is this combination of seemingly irreconcilable differences that characterises both her poetry and her pencil-work. (Imtiaz is an accomplished visual artist, as her four published collections and exquisite website beautifully illustrates.)

In her earliest books, Purdah and other poems (1988) and Postcards from god (1997), Dharker explores what she calls her ‘real country’: ‘movement, transition, crossing over’, as well as the tensions between secular and religious cultures in a world of fear and emergent fundamentalisms:

Here, in this strange place,
In a disjointed time,
I am nothing but a space
That someone has to fill.
Images invade me.
Picture postcards overlap my empty face, demanding to be stamped and sent
(‘Postcards from god 1’)

The image of god as a blank canvas, in-filled with images, postcards and print, is typical of Dharker’s poetry, which has a highly visual, layered, or palimpsestic quality. Like her black and white drawings that are typically composed of lines, patterns and repetitions, Dharker’s poetry is both formally and thematically decorative, flowing, ornamental. However, symmetry and balance are only one aspect of Dharker’s poetry and pictures, with their seemingly chaotic lines branching off in all directions:

'There are just not enough
straight lines. That
is the problem.
Nothing is flat
or parallel. Beams
balance crookedly on supports
thrust off the vertical.
Nails clutch at open seams.
The whole structure leans dangerously
towards the miraculous.'
(‘Living Space’)

Nested in the higgledy-piggledy architecture of this ‘living space’ is a basket of eggs - ‘fragile curves hung out over the dark edge of a slanted universe’. Beyond the poise, balance and intricacy of her poems more generally, there is a darker, more enigmatic symbolism that is uncannily echoed in her slightly menacing portraits. Typically, these images show blurred, scribbled, indistinct faces peering at us through blackened, lifeless sockets.  Sharp lines and chiaroscuro appear set against smudged lineless features, while textiles and skin overlap or become interwoven:

'Purdah is a kind of safety.
The body finds a place to hide.
The cloth fanned out against the skin
Much like the earth that falls
On coffins after they put the dead men in.'

Dharker’s work amounts to more than clever abstractions and sacred symbolism, however. Much of her best poetry has an everyday, almost mundane, quality that beautifully offsets or anchors the potentially exotic and the otherworldly. In her poem ‘Campsie Fells’, for example, Dharker describes a family picnic in the Scottish countryside:

'What did we look like?
A band of gypsies
Set free out of solid homes
For one Sunday morning,
Catapulted into the countryside,
A caravan … What were we like, on that
Scottish field, up in the hills,
Navigating the cow-pats,
Paddling in sweet streams?'

As the poem unfolds we are told of boiled eggs and sandwiches alongside kebabs and chutney, tikka alongside thermos flasks. Similarly, in one of her most famous poems, ‘The Terrorist at My Table’, extremism is domesticated, brought home to Pollokshields (Glasgow), where the rain pours, and the tears run down the face of our onion-chopping speaker. While earlier poems such as ‘Purdah’ explore the veiled subject and the boundaries between inside and outside, ‘The Terrorist at My Table’ dramatizes the broader collapse of public and private realms. As Dharker puts it, ‘The television set … is a lodger in the living room. News images are as much a part of the landscape as the street or field outside the window.'

Where Postcards from god ventriloquises the Almighty, Dharker’s later collection, I speak for the devil (2001), gives voice to Satan in its powerful portraits of the female body as a site of oppression and revelation. Although these poems are not didactic or ‘political’ in any obvious manner, they resonate a strong social conscious that is also apparent in her documentary films which have covered topics from street children to disability, winning numerous awards.

In her collection Leaving Fingerprints (2009), we are bombarded with classic Dharker imagery: the skin as texture, and textile as well as trace - a transient marker of identity. As Sarah Crown concludes in a review for The Guardian: 'It's the endless interweaving of a handful of symbols and meanings that gives Leaving Fingerprints the coherence that distinguishes it as a collection. Like a fingerprint – the image is inescapable – each poem here is a representative fragment of the whole; each exhibits a facet of the themes of the collection and explores it through the plain but robust iconography of rivers, hands, trees and soil which Dharker establishes.'

Leaving Fingerprints lends itself particularly well to the swirling contours that are Dharker’s delicate black and white illustrations. As the author has put it elsewhere, the poem and the drawing are ‘like crossing the same terrain by different modes of transport. They explore different aspects of an image.’ In this collection they are almost a part of the same vehicle, charting, by turns, the passage of people, and the policing of identity, through text and texture. 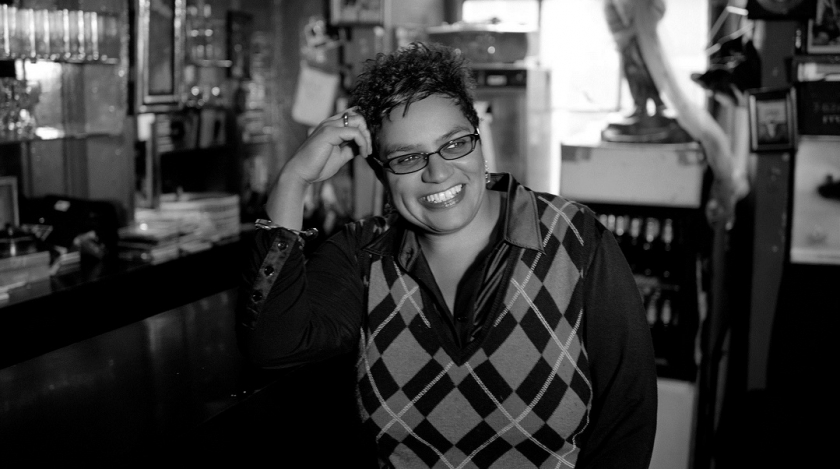 @Idharker RT @Heronhallchat: A big shout out to one of our fantastic Year 10 students, Tijda Ates, who during @gcsepoetrylive had the confidence to a…
(1 days ago)

@Idharker RT @pascalepoet: Every morning the chital go into the forest of the day, the quivering before the air rings with langur warning calls. Ever…
(3 days ago)

@Idharker RT @SamKayPhoto: I love walking through Chester at night 🌟 Now sat in @StoryhouseLive with a hot chocolate about to start writing 📖 @ShitC…
(3 days ago)

@Idharker RT @ByLeavesWeLive: ‘If there were to be a World Laureate, the role could only be filled by Imtiaz Dharker,’ says Carol Ann Duffy. Come hea…
(3 days ago)

@Idharker RT @StoryhouseLive: A huge congratulations to our partner org @FallenAngelsDT on this amazing news. 🙌🏻🙌🏽🙌🏿
(3 days ago)