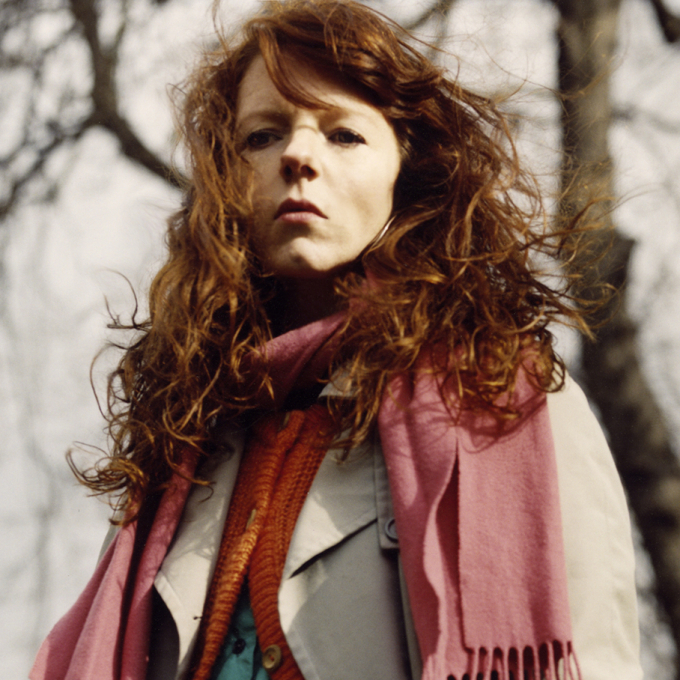 The artist and poet Heather Phillipson was born in London in 1978. She completed her undergraduate degree in Fine Art with Aesthetics at the University of Wales Institute Cardiff (now Cardiff Metropolitan University), going on to study drawing at Central St Martins, and subsequently earning her PhD in Fine Art practice from Middlesex University in 2008.

Phillipson is a trained violinist and pianist, and this diverse mixture of skills, experiences, and influences have led to the production of a range of multimedia work and installations — in video, sculpture, and music, alongside more conventionally published writing. Her work quite deliberately troubles forms of meaning and their boundaries across these different realms. She has exhibited nationally and internationally, and has received a range of awards, residences, and commissions.

In 2009, Faber and Faber published her first pamphlet, in their new poets series. A mini-book, NOT AN ESSAY, appeared from Penned in the Margins in 2012. Her first full-length collection, Instant-flex 718, was published by Bloodaxe in 2013.

Heather Phillipson has approached the work of poetry with a synthaesthetic sensitivity to the diverse and complicated meanings of artistic form and expression across disciplines. Trained as a musician and a fine artist, she became a published poet in 2009 with the appearance of her first pamphlet, from Faber and Faber.

The short collection, idiosyncratic and witty, was warmly received. In the Guardian, Sean O’Brien noted Phillipson’s affinities with Frank O’Hara, her writing ‘rebound[ing] from one untenable erotic or intellectual position to another’. Its playfulness and unconventionality set the template for subsequent collections. The 64-page mini-book NOT AN ESSAY followed in 2012. In it, Phillipson ‘works through, in a series of not-always comfortable juxtapositions, the idea that our flesh and bones are alienated and indeed separated from the cognitive, social self’, as Oliver Basciano has observed. ‘The body is discussed both as a ‘thing’ in the world and as a border to it’, establishing enduring parameters for her poetry, by turns prosaic and philosophical.

Phillipson’s first full-length collection, Instant-flex 718, was published by Bloodaxe in 2013. The book itself as a physical object is a testimony to the mixed-media nature of Phillipson’s literary and artistic production. The ‘instant-flex’ of the title refers to a kind of bookbinders glue, and the diagonal motif of the cover recalls Wyndham Lewis’s Vorticist journal BLAST, its tri-colour scheme borrowed from a Chevrolet that Phillipson spotted in Jacques Tati’s 1958 film Mon Oncle. ‘I wanted it to be a punch in the eyes,’ she has remarked of the cover. ‘In a friendly way.’

Writing for the Guardian, Carol Rumens has suggested that the ‘glue’ of the title might also contain a ‘metaphor about the fusion of body and mind — a central concern for Phillipson, and for contemporary philosophy’. Rumens sees the poem ‘Relational Epistemology’ as in some ways a conceptual key to the collection and to Phillipson’s wider project. Its title is a pun —for the poem is concerned both with the interconnected character of knowledge, and with the interactions of family, at once abstract and everyday. Mixing sugar in a bowl, her father paraphrases Merleau-Ponty — ‘Phenomenology at the dinner table was not unusual’, she deadpans. Meanwhile, her mother pronounces, effortlessly enigmatically, that ‘the claim that all experience might be mediated by language / is one all women know to be preposterous. / And besides, Wittgenstein is dead.’

The poems in Instant-flex 718 are everywhere characterized by the short-circuiting of materials and ideas, contexts and registers. ‘Her poems observe the ordinary world stagger’, the collection’s blurb aptly suggests. The poems declare themselves a ‘protest against well-stitched seams‘, ‘splicing the leftovers of culture with spurious monologues discharged from an arrythmic right ventricle or a mouth filled with half-chewed peanuts’. It is in this that Phillipson comes closest to O’Hara or John Ashbery. As Searle has noted, those poets ‘ground you in the everyday and contingent, sliding off into life’s inner complications. Thoughts branch, jump the rails and arrive at their destinations by unfamiliar routes’ — and ‘so, too, with Phillipson. She makes the world feel nearly new, filled with meaning. Or several meanings, too many meanings, which on a good day is what the world is like.’ The impulse to ‘pare it down’ positions her poetry as a ‘counterpoint to the excess of her video work’.

Phillipson herself has reflected on the relations between her audiovisual installations and her poetry, suggesting that ‘structurally, the sculptural installations might be like arriving in the middle of a poem, not knowing what's going on, but understanding it — all these metaphors, line-breaks and non-sequiturs. I'm trying to establish an equivalence, I suppose — a kind of syntax of sounds, images, colours — using them like parts of speech. And it's deliberately non-hierarchical, so it’s not that words precede images or images precede sounds — they spark off each other. Their relative status is confused.’ The imagery of electricity is taken up in Mark Ford’s enthusiastic critical assessment of Instant-flex, which he describes as ‘an explosive first collection from a poet and artist who thrills and disconcerts’: these ‘poems fuse subterranean erotic landscapes with the complex pleasures of thought. They conduct a weird, addictive verbal electricity that can both jolt and elate’. ‘Handle with care’, he concludes; ‘this book is not for those who like their poetry safely earthed.’

Much of the pleasure in Phillipson’s poetry is the lively sense of humour that Andrew McCullouch has praised in the TLS as ‘both quirky and robust’. For Lytton Smith (LA Review of Books), the collection ‘revels in aphorisms that reel between the wilfully flippant and the tenderly reassuring’. Phillipson’s intelligence and range of reference, from phenomenology to conceptual art, is valuable not simply for its ‘allusive intellectuality’ but for ‘the logical avenues Phillipson is able to run us down’. Sometimes these involve the playful rejection or mocking of the intellectual cast of characters she invokes, as for instance in ‘Heliocentric Cosmology’: ‘I had discovered that the earth goes around the sun. / Copernicus pre-discovered it.’ As Adrian Searle puts it: ‘What's in front of us and what's not, the vernacular and the fantastical, the ordinary and imaginary are all part of Phillipson's armoury as an artist and a poet. Sometimes she is a comedy turn. Sometimes she's heartbreaking.’

The ease and difficulty of the turn from one register to another is central to Phillipson’s distinctive skill as a poet, and to the eccentric state of mind with which her work communes. ‘You know instantly if you’re the intended audience of this material, and if you are, it makes you instinctively want to reach for it’, the Independent’s Jonathan Gibbs has shrewdly proposed. Phillipson’s audience can only grow, along with her flourishing reputation for bracingly smart and genre-defying work across the audiovisual arts.