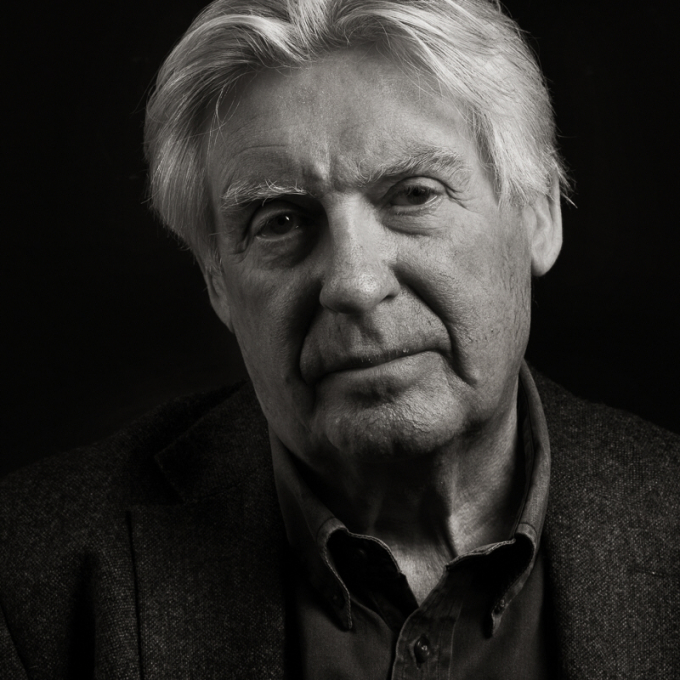 David Harsent has received a number of literary awards, including the T.S. Eliot Prize, an Eric Gregory Award, the Geoffrey Faber Award, the Cheltenham Festival Prize, two Arts Council Bursaries and a Society of Authors Travel Fellowship. His earlier collection, Legion, won the Forward Prize for best collection 2005 and was shortlisted for both the Whitbread Award and the T.S. Eliot Prize. His Selected Poems was published in June 2007, and was shortlisted for the Griffin International Poetry Prize.

Sprinting from the Graveyard, his English versions of poems written under siege in Sarajevo by the Bosnian poet Goran Simić, have been widely praised, and were incorporated by Nigel Osborne into his opera Sarajevo as well as forming the basis for radio and TV programmes. In Secret, his English versions of poems by Yannis Ritsos, will appear from Enitharmon Press in October 2012.

Harsent has collaborated with composers (most often with Harrison Birtwistle) on commissions from the Royal Opera House, the Proms, The Nash Ensemble, the Prussia Cove Festival, VARA (Holland), the Aldeburgh Festival, the Aix-en Provence Festival, BBC Radio and Channel 4 TV. Pieces have been performed at ROH, the Royal Albert Hall (Proms), the Concertgebouw, The Megaron (Athens), the South Bank Centre and Carnegie Hall. Gawain and The Woman and the Hare have been issued as CDs, and The Minotaur as a DVD. Several pieces have been performed on radio and television.

David Harsent is Professor of Creative Writing at the University of Roehampton and a Fellow of the Royal Society of Literature.

David Harsent has described himself as ‘not a public poet’, and his career as a poet has involved a slow rise to prominence over the course of several decades.

Yet his Forward Poetry Prize-winning collection Legion (2005) is an imaginatively free treatment of that most public of themes, war. Its voices from war zones are various: soldiers, a sniper holed up in a church tower, victims and observers, which seem to date back to Roman times and go forward to the present day. Indeed, writing about the book in the Poetry Book Society Bulletin, Harsent remarked that he began to write the sequence around the start of recent wars in Afghanistan and Iraq, but ‘the voices and incidents might relate to any conflict’. He stressed that the poems ‘didn’t emerge from any political imperative or sense of moral outrage: they carry no agenda’. The latter statement can also apply to the whole range of his works, whether dramatic poetic sequences, opera libretti (for the composer Harrison Birtwistle) and his more recent career as a successful crime novelist under the name ‘David Lawrence’.

What strikes the reader most forcefully about Harsent’s poetry is the truly macabre imagination: just the title of his 1977 collection Dreams of the Dead indicates his longstanding preoccupations with dreams, death and human frailty. There is perhaps a touch of the Jacobean dramatist John Webster about him, as a writer who ‘sees the skull beneath the skin’, and amongst other influences Harsent has mentioned are decadent French bards Baudelaire, Rimbaud and Verlaine. Harsent allies this sensibility to a modernist method, in writing episodic narratives with structures that belong, as he remarked in 1989, ‘to a poetic progression of clues, sense-impressions, key images, rhythms and … subjects’. His is a mentally shifting poetry of acute fragments, strangely compelling in what has been called its ‘psychological shrapnel’.

Selected Poems, 1969-2005 (2007) was chosen by the author ‘to give readers a representative account’, though most of its contents are taken from his mature works. Dreams of the Dead first deploys the characteristic fluid dream sequence, taking the form of a fragmentary diary in which characters, images and landscapes fleetingly appear. An unnamed man is trapped in a kind of limbo for ‘most of one night, sleeping and awake, / rehearsing someone else’s tragedy’. His dreams, memories and waking life seem to merge, in scenes involving skiing, the sun, and death by drowning; ‘the body washed in, / a froth of limbs and spume across the rocks’. Finally if enigmatically, ‘He stepped into the vast, unshuttered glare / like a swimmer loosing his foothold, / moving through silence, his own element’. Mister Punch (1984), by contrast, is much more specifically menacing and was his breakthrough book. The archetypal English seaside puppet takes on a violent interior life, in which he may – or may not be – a rapist and serial killer. ‘These women are all alike to Mr Punch. // He’d like to own them, he’d like to eat them whole, / he’d like their murders / feeding his night-time conscience’. In a series of edgy scenarios, Punch is tortured by his own actions and nightmares: ‘I’ve become / my story’s heroine / saturated by disease, the last/ of the beautiful tuberculars’.

News from the Front (1993) concerns a drama of separation between a soldier away at a war and the wife and son he leaves behind on Dartmoor. Their lives seem to interact at various points as scenes shift around: ‘She would sleepwalk / with the night-patrols and litter / the map with tank-traps’. In the title poem, torture victims are found, ‘shreds of themselves; // on both ankles, dark like hung meat’. Harsent’s preoccupation with death is given its most bravura expression in A Bird’s Idea of Flight (1998). This sequence of psychologically disturbing journeys moves through London and through time, visits ‘The Black Museum’ and goes underground. Death (‘the Good Companion’) takes on various guises; as an archivist ‘walled-up / by tree-calf and buckram’; as a curator, and as a pathologist doing a post-mortem. The narrator is, as ever, haunted by those he meets, with their accompanying discourse about sex and death. And, most poignantly, by ‘those faces, some I’d loved, loved even now, / and one who promised to lead me a merry dance’.

His ‘David Lawrence’ crime novels began with The Dead Sit Round in a Ring (2002), featuring his long-suffering protagonist detective Stella Mooney, and are packed with fast-moving contemporary phenomena: amoral London gangsters, sleazy informants, prostitutes from Eastern Europe and a regular regime of brutal killings. They are of the familiar ‘police procedural’ type, but made distinctive by the sheer extent of their gruesome detailing of the processes of death and its effects on the human body. There are some elaborate descriptions, for example, of rooms full of flies and rodent activity (‘some little feaster at death’s table’). The first novel opens with minor drug dealer Jimmy Stone and three other corpses being found in a London flat, and the storyline follows the investigation into how and why it happened. Stella’s personal life, her affairs and psychological traumas from the past, form the counter-point to the plot. And, in a particularly nice piece of self-referencing, a man about to jump to his death is described as looking ‘like Mr Punch asking the children where the baby had gone’. Nothing like the Night (2003) again opens with the discovery of corpses. ‘Once she had been beautiful; now she was eight days dead’, and ‘maggot masses were feeding on her … growing and getting ready to break out’.

By his own account, Legion was inspired by Harsent’s versions of poems written by Bosnian Serb Goran Simic during the siege of Sarajevo. This is most clear in ‘Sniper’, whose speaker is ‘tucked up here out of sight. I am tucked up here / in the bell tower of Our Lady of Retribution’. He observes the inhabitants of the city, his former neighbours: ‘They go in fear / of me. And where they go they go by my good grace’. Despite the strong Balkan echoes, the voices actually move back and forward in time. ‘Harp Strings’, for example, is in the voice of a Roman legionary contemplating a battle with daubed naked Britons, in ‘bone- / ash mixed with clay slapped to their cheeks and necks is how / they came among us’. ‘At the Riverside’ returns to the present, as an old woman, ‘the whole of herself bitten back to the bone’, one of the eternal victims of war, speaks: ‘’and why such fuss, / …  about who we are or what we might have been / if it comes to this: cracked laughter, the world as shadow, nil by mouth?’ What Ruth Padel has aptly called Harsent’s ‘unique mix of the nervily cerebral and the visionary, the deeply lyrical and the sourly vernacular’ (in The Independent on Sunday) gives us some salutary visions.

Individual vision comes from a long way back, a long way down ... my poems are written out of a compulsion that I recognise but don't fully (and don't care to) understand. Poetry is a way of life; everything adapts to it.

@DavidHarsent1 RT @BetteMidler: Here it is.

@DavidHarsent1 RT @MarinaPurkiss: So now, not only can Tory donors pay for honours… They can actually pay their way into the role of the “Independent Cha…
(10 hours ago) 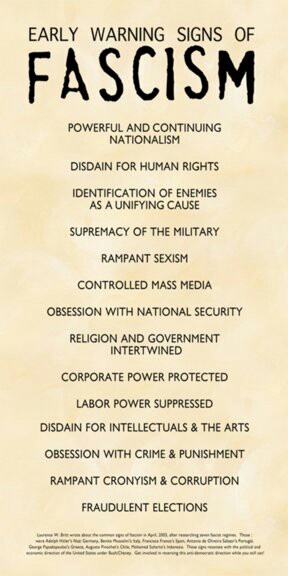 @DavidHarsent1 RT @sturdyAlex: Major Tory donor put in charge of handing out honours - a post that is meant to be independent and non-partisan. Totally no…
(1 days ago)

@DavidHarsent1 RT @SpanglerSpanky: @RMTunion @greg_herriett @grantshapps What's his name ? Green or something? He's doesn't really like to get involved i…
(1 days ago)