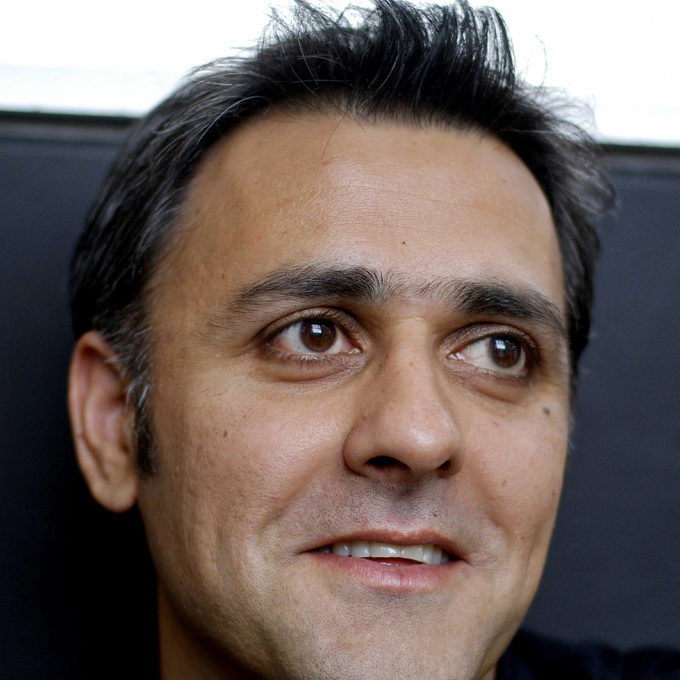 Daljit Nagra was born and brought up in West London and Sheffield.

He lives in London, and works as a secondary school English teacher.

In 2003, he won the Smith/Doorstop pamphlet competition with Oh my Rub!, under the pseudonym Khan Singh Kumar, the pamphlet going on to become a Poetry Book Society Pamphlet Choice and chosen as one of The Guardian's Poetry Books of the Year.

In 2004, his poem Look We Have Coming to Dover! won the Forward Prize (Best Single Poem), and this became the title of his first collection, published in 2007. It went on to win the 2007 Forward Poetry Prize (Best First Collection) and the 2008 Arts Council England Decibel Award. It relates to the experience of British-born Indians, and often employs 'Punglish' - English spoken by Indian Punjabi immigrants. Look We Have Coming to Dover! was shortlisted for several further awards, including the 2007 Costa Poetry Award, and the 2007 Jerwood Aldeburgh First Collection Prize.

Even in this era of hype and soundbyte it is unusual for a debuting poet to find him or herself at the centre of any real media attention.

For while Daljit Nagra’s refreshing, dynamic, and genuinely exciting poems had been appearing in poetry magazines since the late 1990s, and while he’d won the Forward Poetry Prize (Best Single Poem) in 2004, it wasn’t until Faber picked up his first collection that the poet was suddenly greeted with an unusual frenzy of interviews, broadsheet features, and television appearances. The media’s interest in Nagra is perhaps most obviously (and indeed, unfortunately) attributable to them finding in him their latest Asian: his poems exploring, in all of their rich complexities, the experiences and anxieties of second-generation British-born Indians. But it is also, more cheeringly, down to the variety and vibrancy of Nagra’s poetry, combining a deft attention to traditional poetic forms with the neologism-infused blend of English and Punjabi – ‘Punglish’ – so evident in many of his often humorous dramatic monologues. ‘Darling & Me!’, the opening poem from Look We Have Coming to Dover! (2007), exemplifies such colourful linguistic dexterity:

Downing drink, I giddily home for Pakeezah recordto which we go-go, tango, for roti – to kitchen – she rumba!’

It is worth noting, however, that these all-out ‘Punglish’ voices only start to fully appear in the poems from Nagra’s first collection. This is no doubt the result of an ongoing commitment to depicting British-Asian communities as realistically as possible, but also given warranted anxieties over the reactions of said persons to such portrayals; Nagra having described his performance of the poems (as Patrick Barkham noted in The Guardian, ‘much of his work begs to be read aloud’) as akin to ‘showing what’s in your house to other Indians’. His first publication, then, Oh My Rub! (2003), a pamphlet that was a winner in The Poetry Business’s Book and Pamphlet Competition, instead reveals much more of his own personal experience of British-Indian childhoods: from the boy who’d ‘bin the letters about Parents’ Evenings’, ‘police the noise’ of his ‘pink kameez and balloon bottom[ed]’ mother’s holy songs, and ‘lavender spray the hallway when someone knocked’ (‘In a White Town’), to the racist vandalising of his father’s ‘champagne-gold’ Granada in ‘Parade’s End’, and the grim yet strangely beautiful image of each of his family carrying ‘a pan of cold water’, ‘sweep[ing] away the bonnet-leaves / of gold to the brown of [their] former colour’.

Oh My Rub! also demonstrates Nagra’s capturing of the contemporary experiences of younger British-born Asians, something no doubt informed by his work as a secondary school teacher. In ‘Rapinder Slips Into Tongues’, for instance, the voice of a young Sikh girl is adopted (in conversation with her white middle-class school teacher), confessing to having sung a Christian hymn and angering her father in explanation of why she ‘roared: / Wahay Guru! / Wahay Guru! / Wahay Guru!’ during the class’s prayers. Such effortless layering of differing cultures in Nagra’s portraits of Britain ultimately demonstrates his considerable gifts as a poet, a skill he may well have learnt from his contemporary, Moniza Alvi. Throughout Look We Have Coming to Dover!, for example, Nagra marries and blurs quintessentially English references to Dulux, Torvill & Dean, Guy Fawkes and Hilda Ogden with saris, arranged marriages, mosques and Indian-owned corner shops, to dazzling effect. What also makes Nagra’s work so compelling are the subtle complexities residing in his spankingly contemporary yet ultimately uncomplicated verse, as in the succinct lines and drama of ‘The Tree’, from Look We Have Coming to Dover!:

‘The tree my father grewfrom his garden I take an axe

and branch by branchI break the tree

the fire of night.Only for ash I keep.’

Perhaps Nagra’s most significant poetic achievement so far, however, lies in his ability to deconstruct literary, cultural and social conventions in often darkly comic ways. ‘Yobbos!’, a poem that deals primarily with the linguistic barriers between cultures, achieves this near-perfectly: the Asian narrator ‘sozzled / to the nose with sprightly / Muldoon, squeezed into the communal // sweat of a Saturday tube home’ being hassled by ‘some scruffy looking git pip[ing] to his crew - / Some Paki shit, like, / eee’s loookin into!’ The result is the narrator almost losing his tether, his ‘head / done in with words like / ‘Badhbh’ … ‘Cailidin’ … ‘Salah-eh-din’’, nearly shouting in response: ‘Well mate, this Paki’s more British than that inde- / cipherable, impossibly untranslatable // sod of a Paddy’. What holds the narrator back, however, is his ‘tongue foaming for soap’: the sudden realisation that though Punjabi represents an unfamiliar Otherness to the white British ‘yobbos’, the Asian narrator harbours the potential to stoop to their level in his confusions over Muldoon’s ‘sprightly’ Irish wordplay.

Nagra achieves a similar effect in Look We Have Coming to Dover!’s title poem: just as the 19th-century British poet of the poem’s epigram, Matthew Arnold, looked out from Dover Beach contemplating an idealised ‘land of dreams’, the immigrants coming into Dover hope for the same of Britain; imagining themselves ‘Blair’d in the cash / of [their] beeswax’d cars’. What Nagra’s poetry so often does best, then, is to explore the complexities and resulting difficulties that occur in the meetings of differing cultures and languages, but also to crucially celebrate such confrontations and collisions, and to offer the reader new ways in which to interpret them. In fact, Nagra has also worked alongside the Dutch poet Jan-Willem Anker in translations of each others’ work: beautiful versions of Anker’s ‘Flight’ and ‘The Torch’ having been collected in the English and Dutch poetry collection By Heart – Uit Het Hoofd (2006). It seems, then, that in Matthew Arnold’s ‘Dover Beach’, Nagra has in many ways found his poetic imperative: to ensure that his work always strives towards being ‘so various, so beautiful, so new’. 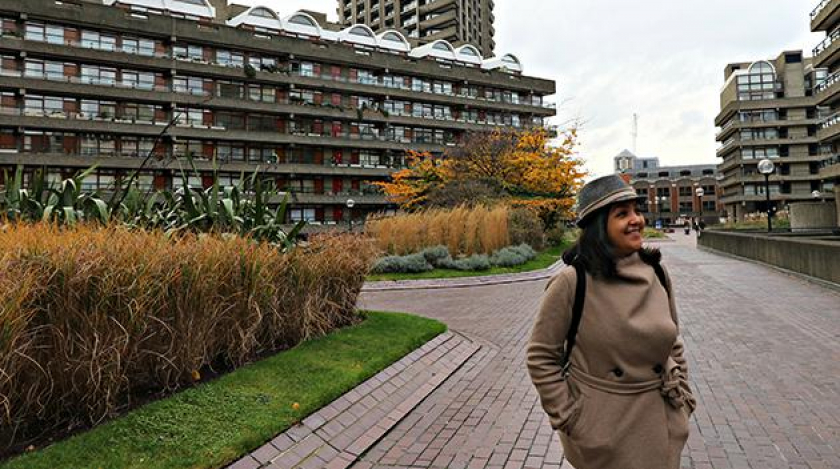 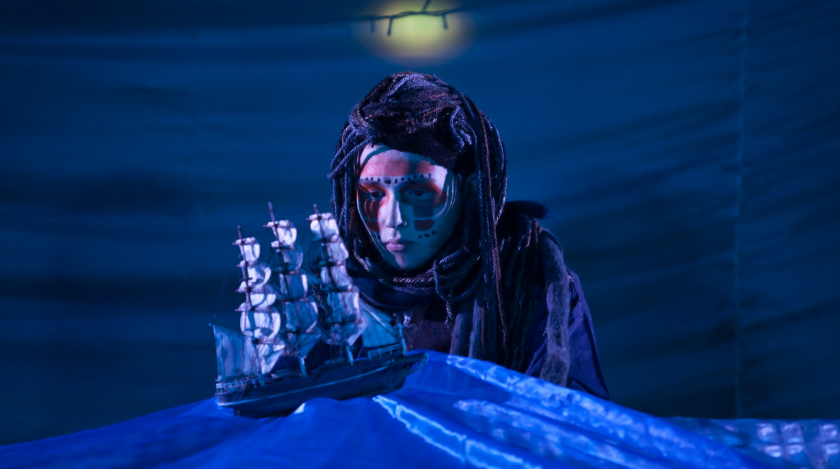