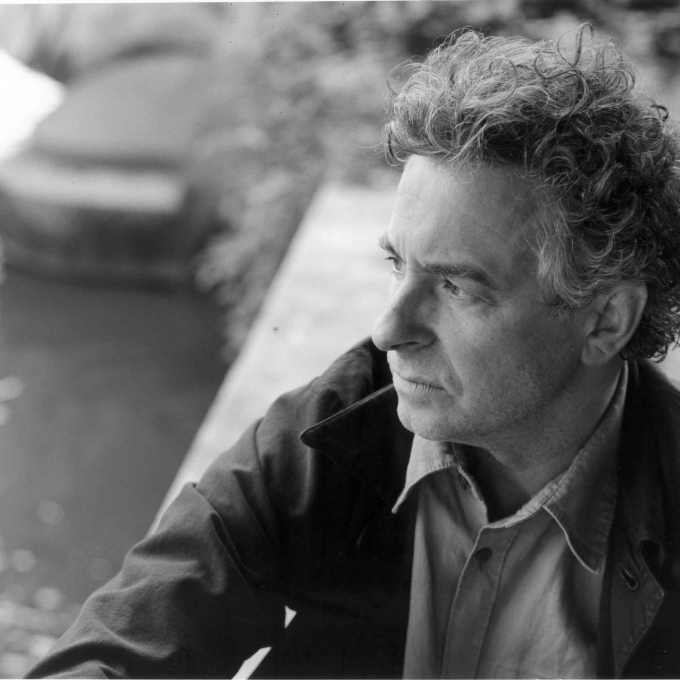 Alan Jenkins was born in Surrey in 1955 and brought up in London.

He studied at the University of Sussex and has worked for the Times Literary Supplement since 1981, as poetry and fiction editor, then deputy editor. He was also a poetry critic for The Observer and the Independent on Sunday from 1985-1990.

Alan Jenkins won an Eric Gregory Award in 1981 and the Cholmondeley Award in 2006.

Alan Jenkins is a poet of great skill who likes to go sailing, and loads his ‘little craft of words’ with intense feelings – sexual jealousy, romantic regret, elegiac contemplation, and grief.

He has conducted his writing career while being employed for many years at the Times Literary Supplement, and is apt to ask himself, in The Drift (2000), a rhetorical question: ‘Are you still that suburban / boy who dreamed of taking opium with Baudelaire?' Above all, he is a poet of wounded eros. ‘Missing’, the centrepiece narrative in his Forward Prize-winning collection Harm (1994), opens with its restless narrator in bed at 5.30 a.m., ‘and the adult video begins / once more behind my bloodshot, sleepless eyes’. What follows is not pornography but a descent into underground, flashing back to the obsessional pursuit of a woman now lost to him: ‘If you are Eurydice, could I be Orpheus, I mean / could anything I might still say or sing reclaim you?’ In a strange Paris of the mind, we overhear fragments of lovers’ conversations, pop lyrics, and painful details (‘the open-handed way I had / of slapping her’). He is left ‘rotted through’ and ‘stinking’ of loneliness, self-pity, vainly trying to stop rain coming in, and drinking up ‘regret, to the last drop’.

This vein of apparent self-exposure, however, is achieved by highly literary means. When introducing his most recent collection, A Shorter Life (2005), in the Poetry Book Society Bulletin, he reminisced that ‘I was once told that there was a tension in my poems between a very English, understated, conversational voice, and a residue of the French symboliste poets [especially Mallarme, Rimbaud and Laforgue] I read with such passion nearly thirty years ago’. This is certainly apparent in his luscious debut volume, The Hot-House (1988), delighting in all the appetites - food, drink, promiscuous sex, and the recreational use of drugs. Watching the breasts of an Algerian girl while eating oysters, and, with another lover, ‘My tongue in your mouth, one hand in the Biba vest … the other sliding through a scratchy mulch inside your tights’ (‘Language Lessons’). Yet this is a man who describes himself as ‘like Miss Lonelyhearts, / dejected, down-at-heel, plucking at your nipple’. Anxiety really strikes home in the nightmarish narrative, ‘Or Would You Rather Not Be Saved’, reflecting the-then panic about AIDS. After a drugs-and-drink night out with three women in New York, ‘my head buzzed’ with the ‘dream-like adrenalin-administered shocks / at the forms desire can take’.

The book actually concludes with poems dedicated to Jenkins’ deceased father (‘My Father’s Winters’), a theme that’s developed - alongside the obsessive love affairs - in Harm. But, even more poignantly, his mother descended into depression: ‘Like a child abandoned to its first day at school / she looked at me in disbelief / as I receded, waving, from the ward’ (‘ECT’). A concluding poem sees her as ‘this / helpless, frightened woman / who was once your life’. ‘What metaphors / could better anchor you to the permanence of loss?’, he asks in The Drift, which he described matter-of-factly as ‘a very short book of intensely personal poems’. ‘Chopsticks’ records eating a Chinese meal with his mother, who is ‘gone with half her mind and all her teeth’, realizing that it is ‘ten years to the night since he [his father] died’. The book becomes an extended elegy for his parents’ world, leaving him in a child-like state, ‘crying for the innocence, the charm / of this thirties, fifties world, shopping baskets, bowler hats’ (‘Ancient History’). The book’s title also registers ‘the drift’ in his own life, towards middle age, when you can feel ‘your own life slipping from your grasp’; being 40, he is ‘scalding-eyed and single’. With ‘The Short Straw’, he moves away from self-pity, as the shock of hearing about a former college friend’s terminal illness makes a resolution to ‘bring to birth / this child of grief on memory’. Sex, at best an ambiguous antidote to death and the ageing process, is now a mingling of pleasure and pain. He now knows that ‘it won’t be my tongue that tastes the coastline of Australia / in the birthmark on your thigh’ (‘The Road Less Travelled’).

Discussing A Shorter Life, Jenkins realized that themes and motifs from his earlier books were recurring, or rather were being ‘restated with variations’. His literary craft led him to ‘adapt or co-opt’ lines that he had translated from various poetic sources, including Jules Laforgue and Valery Larbaud. The result is an intensely elegiac patterning of love, loss and acceptance. What he had also tried to do was to ‘capture a life, not chronologically but in its essence, in a pattern of highs and lows’. The opening stanzas indeed read like a translation: ‘Rudderless, like driftwood I have run with the tides …. Too late, all the dead in the river are my friends’. Imagery of the sea and boats are prominent throughout, notably in ‘Galatea’ and ‘Tales of the Riverbank’, the latter a voyage in memory on a yacht skippered by his grandfather, in which the narrator is both a child and ‘forty-five, unsound of limb, incompetent to crew’. It concludes, ‘And Spray is gone, and so are all of them, and I / am their memory, and they must not altogether die’.

Jenkins has also remarked that ‘at the heart of the book are elegies for lives cut short’. These include close friends of his: the poets Ian Hamilton (subject of ‘Rotisserie: The Wait’ and ‘The Return’), Joseph Brodsky, Gavin Ewart, and George MacBeth (‘Fugue’). In a rather different vein, ‘As If’, tries to bring the American writer Kathy Acker back to life, using the explicit sexual language associated with her work. Sex also rears its head again in the vignettes of ‘A Shorter Literary Life’: ‘the different women differently let down, / the rewind of your life you see before you drown - / how to make all this into something true?’ In the most heart-wrenching poems of all, his mother’s decline into widowed old age ends in a hospital psychiatric ward: ‘The last words she had said were Please don’t leave’. A beautifully observed poem, ‘Wildlife’, observes the family garden fallen into disorder; ‘grown smaller, meaner, it had shrunk like childhood’. A fox now roams ‘through waist-high grasses’.

One of his poetic ‘elders and betters’ apparently once told Alan Jenkins that ‘Your subject is loss. Stay with that’. He has done so superbly, latterly hitting an increasingly Larkinesque note, measuring ‘the slow drip of being alive’ (‘Aubade’). He has become the nearest thing that British poetry currently has to a major ‘confessional’ poet, or, (as he would no doubt prefer) a genuine poete maudit.