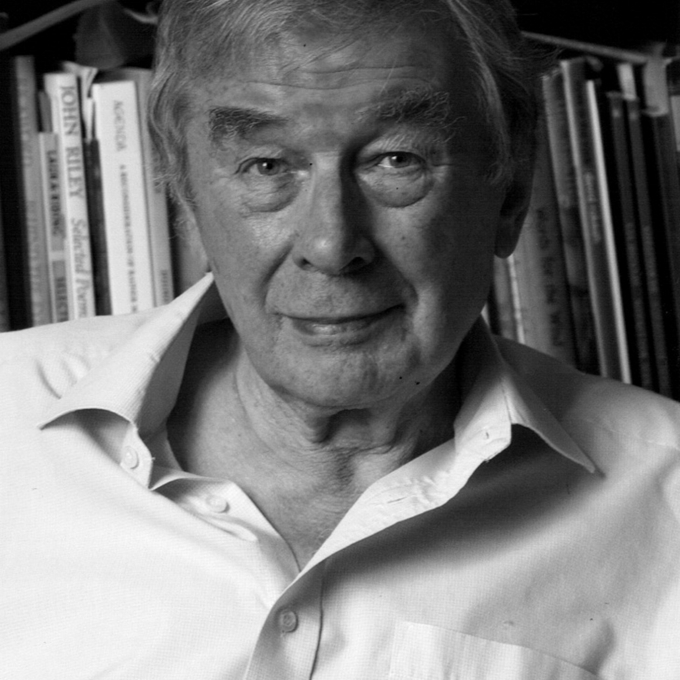 Poet Alan Brownjohn was born in London on 28 July 1931 and was educated at Merton College, Oxford.

He worked as a schoolteacher between 1957 and 1965 and lectured at Battersea College of Education and South Bank Polytechnic until he left to become a full-time freelance writer in 1979. A regular broadcaster, reviewer and contributor to journals including the Times Literary Supplement, Encounter and the Sunday Times, Alan Brownjohn was poetry critic for the New Statesman and was Chairman of the Poetry Society between 1982 and 1988. He has also served on the Arts Council literature panel, was a Labour councillor and a candidate for Parliament. His first collection of poetry, The Railings, was published in 1961. Other poetry books include Collected Poems 1952-1983 (1983, re-issued in 1988) and The Observation Car (1990). A Collected Poems was published in 2006.

He is also the author of four novels, The Way You Tell Them: A Yarn of the Nineties (1990), The Long Shadows (1997), A Funny Old Year (2001) and Windows On The Moon (2009), as well as two books for children and a critical study of the poet Philip Larkin. Alan Brownjohn's most recent collection of poetry is Ludbrooke and Others (2010).

As a young man, Alan Brownjohn was a member of The Group, a workshop run by Philip Hobsbaum, employing the principles of Practical Criticism.

Other members included Peter Porter and Peter Redgrove, which indicates its diversity. Brownjohn was perhaps the most Movement-like of its attendees, advocating 'rationalism, democracy and humanity', albeit with a left-wing inflection. The first poems in Collected (1988) show the influence of both William Empson and Robert Graves in the tendency to fabulize the world. In 'The Train', 'Confronted with achieved desires,,/ You may find nothing else to do,/ Than shrink from noise and turn away,/ While every devil thunders through.' What is also clear from the outset is that Brownjohn is a moralist: like Larkin, he has spent much of his career pondering the contradictions between desire and obligation. While there is little of the merely contemporary in Brownjohn's poems, it would be possible to use them to reconstruct part of the history of the postwar liberal intelligentsia, from seeming social and sexual liberation to fin de siecle powerlessness.

The course of Brownjohn's work has also involved the replacement of a slightly elevated rhetoric by a meticulous observation both of the exterior world and its inhabitants, as well of the less visible role of the observer's own language. Since the 1960s Brownjohn has also introduced fiction to his poems (in some respects anticipating the work of Andrew Motion and James Fenton), offering cross-sections through novels, such as 'Balls of Sweetness' and its various sequels. Typically, the very reasonableness of the characters' discussion of infidelity seems to locate them above an abyss of pain and incoherence:

'It was the world.
No one seemed later hurt, or
Finally betrayed.
It was not of consequence.'

The taken-for-granted secularism of characters like Cavan Benther and Elizabeth Pender may have begun as a liberation, but comes to resemble a prison, precisely because it has no rules but those of instinct and appetite. In 'Elizabeth Pender's Dream of Friendship', in a passage which seems deliberately reminiscent of Iris Murdoch, Elizabeth sees 'one by/ one, everyone not/ thoroughly true to her, / or to himself, / or to herself, / was irrevocably dissolving.'

In place of the spectacular imagery popular with both his contemporaries and younger poets, Brownjohn, whether in stanzaic forms or free verse, establishes a mesmeric, meditative pace, and a consistently dramatic mode, surely related to the strategies of the classroom. This serves both to engage the reader and, at times, to rebuke complacent expectations by turning what seems neutrally discursive into a matter of urgent anxiety for all involved. The courteous periphrases of English life are thus converted from evasion to investigation.Brownjohn also produces poems of some scale, such as the sequence 'A Song of Good Life', 'The Automatic Days' (about a young woman working in a department store) and 'Sea Pictures', perhaps his most ambitious work to date. If the poem has a single theme, it might be the nature of anticipation and our inability to occupy the present. Out of a host of mundane details from the characters' lives, and some remembered transcendent moments, Brownjohn assembles a survey of longing, rather as if undertaken by some enlightened government service. At the same time, he remains a political, even a partisan poet: 'Bastard' is frank and exact about the nature and consequences of the dominant so-called 'business culture' which achieved hegemony in Britain in the 1980s: 'Into a suddenly sunny spring dawn / A bastard creeps out though a crack in some / Until-then immaculate-looking woodwork.'Set against the hard facts and slippery language of external life is a zone of fantasy. Here Brownjohn shows himself slightly more indulgent to the human animal. 'A Brighton' speaks of the need for an imaginary place of escape. 'What Lovers Do In Novels' proposes that 'all the time they are reading other novels'. Such places are cousin to the cinema, which is celebrated in The Old Flea-Pit (1987), while a recent example in the fantasy mode, 'The Rassendyl Service', grows from the crossing of cinema and popular literature (Anthony Hope's escapist classic The Prisoner of Zenda) by means of a railway journey, seen in eerily meticulous detail:

'... At dawn, a railwaywoman
On a country platform whirls on the end of a chain
An irrelevant key, while a young guard makes to wipe
A crumb from her lapel; and see, she smiles
A permissory smile you take in from your corner seat:
A cameo of unrehearsed perfection.'

At 70, Brownjohn remains both unflinching and exact. The Cat Without E-Mail (2001) recognizes the world's neglect of poetry as simply the case, outfacing it by wit. The poets, he sees, are the samphire-gatherers from King Lear:

'... following daily such a dread-
ful trade to earn a living,
With every second on that cliff
So cruel and unforgiving,
Is fine - as long as no one comes
And asks us what we do there ...
We'd have to say,
Without our toil,
Just who would know it grew there?

To acknowledge the dominance of the ignorant, to guy it without giving in to bardic folie de grandeur, and to keep working - these are signs that Brownjohn continues to represent with distinction the virtues of his democratic convictions.

'Poetry first became a compulsion while I was at the university, among many fellow-students who became notable poets, including Anthony Thwaite, Geoffrey Hill, George Macbeth, A. Alvarez, Jenny Joseph and Adrian Mitchell. But I had been a boyhood storyteller (to anyone who would listen at school), and in later life the tug between poetry and fiction became acute. It still is. I write nothing without hoping it might make the world one grain better - a pompous statement which, I suppose, makes me a moralist as a writer; a humanist one.'