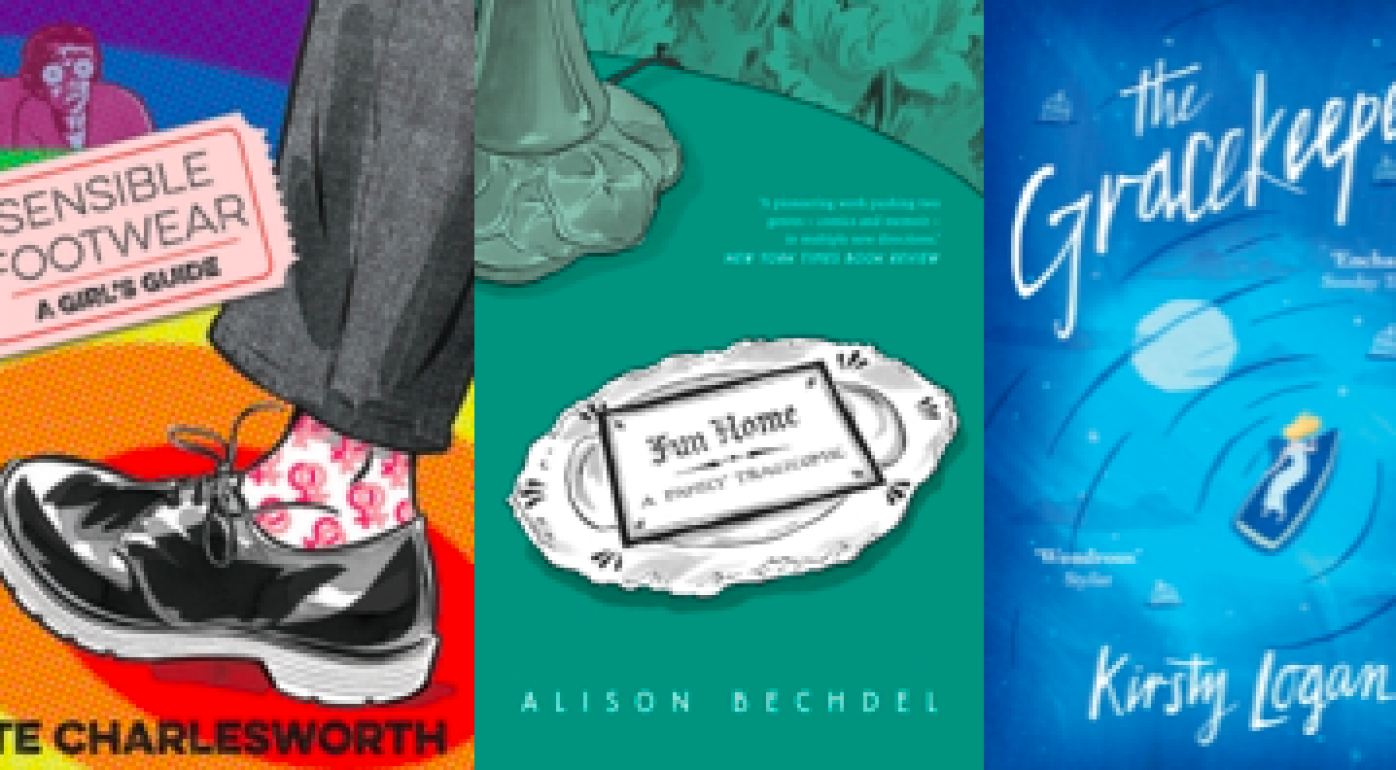 My favourite place to be is partway through a book that I have just realised is becoming an all-time favourite. This month, it happened with Kate Charlesworth’s graphic memoir, Sensible Footwear: A Girl’s Guide, a political history of gay rights in the UK and a personal history of her place in the struggle.

Born in 1950, Charlesworth left for university as a not-yet-out lesbian in the year that homosexuality was decriminalised. She renders her childhood home, cramped yet somehow empty, with stark precision, then offers sweeping full-page drawings of her first gay bars – or rather, spaces coded as gay because of their dingy corners, daring clientele, and raucous singalongs of Gilbert and Sullivan. Gay rights marches, Section 28, the AIDS crisis, second-wave feminism and the journey towards civil marriage all appear, threading in and out of Charlesworth’s life in traditional comic book panels, or captured in colourful spreads like a dreamed scrapbook.

Beyond the fight for rights and recognition, Sensible Footwear also celebrates the joyful community spirit of queer culture, where a single kiss on television, or a shared passion for a poet, can have a deep emotional resonance for LGBTQ+ people to connect over. From the overlapping dialogue balloons as Kate and her friend Jacky both dance around coming out to one another – each trying to admit their sexuality in subtle, abstract ways – to the page on Drew Griffiths of the Gay Sweatshop Theatre Company, who stands on a bare stage as the lights go out, narrating the details of his still-unsolved murder, it’s hugely visually inventive, sometimes tragic, often hilarious. Finishing it, I felt bereft.

I’m reading this, many, many years after everyone else. For those, like me, who have only just got round to this important and inspiring autobiographical graphic novel by Alison Bechdel, it’s a brilliant, crushing, thought-provoking read. ‘Fun home’ is the nickname Bechdel and her family had for the funeral home that her father ran, and it’s a title that develops in irony throughout the novel, reflecting on Bechdel’s home life and her difficult relationship with her father. The narrative moves around, looking at incidents from different angles as more information is revealed, replaying things the way people do in their minds. Bechdel, who suffered at the hands of her father, an emotionally distant authoritarian man who was also a closeted homosexual, uses this novel to explore the similarities she shared with him, and how in some ways they were mirrored versions of each other. Having only been familiar with Alison Bechdel through the media test that bears her name (the Bechdel test asks that women in film have names, have at least two lines of dialogue and talk about something other than a man. Most films do not pass), I’m so glad to have at last read her work.

The Gracekeepers by Kirsty Logan

I’ve been revisiting Glasgow-based writer Kirsty Logan’s first novel The Gracekeepers. It tells the story of North, a boat-dwelling circus performer, and Callanish, the titular Gracekeeper, who tends the graves of those who died at sea. The two women are drawn together in this magical world, which is divided into those who have land and can live on it, and those who must stay on the water and find a way to survive. Logan’s use of language is beautiful and poetic, and there is an absorbing fairytale atmosphere to the telling. Highly recommended!

You Will Be Safe Here by Damian Barr

Maggie and Me was heart-wrenching enough, but You Will Be Safe Here, the latest novel by Damian Barr, left me with sleepless nights. It comprises two main strands: the Second Boer War at the turn of the Twentieth Century, where we follow Sarah van der Watt and her son, who are from a Boer farming family relocated in the notorious internment camps; and the brutal experiences of a white South African teenager at a training camp in the present day, which is horrifically based on a true story. It’s one book I’ll never forget I’ve read. It’s not just the subject matter, but Damian Barr’s beautiful descriptions and ability to engage on a very human level are what makes this book so powerful.

The Private Joys of Nnenna Maloney, by Okechukwu Nzelu

In this novel by Okechukwu Nzelu we follow Nnenna Maloney, almost 17, growing up in Manchester and struggling to find out more about her Nigerian heritage, which her mother Joanie is reluctant to discuss with her. This book is full of humour – Nzelu has a wonderful knack of capturing the absurd and the silly in daily life. But it also portrays the everyday racism faced by Nnenna and the impact this has her wellbeing, as well as the racism within the LGBT community that is experienced by Jonathan, Joanie’s university friend. Nnenna, Joanie and Jonathan’s interweaving stories of finding themselves and confronting the past are very tenderly told in this delightful debut.

Grief, love, and found family swirl together in this novella by Japanese author Banana Yoshimoto. I have wanted to read Kitchen since its reissue by Faber a few years ago, and February seemed like an appropriate month in which to pick it up at last. Kitchen tells the story of Mikage who, grieving the loss of her last remaining family member, finds herself unofficially adopted by the glamorous Eriko and her son Yuichi, creating anew the sense of family she thought she’d lost.

Written in the late 80s and translated by Megan Backus in 1993, many of the terms and descriptions of the novel’s trans characters feel outdated, and while the narrator clearly feels deep love and affection for the two trans women in her life, surrogate mother Eriko and confidante Chika, her descriptions of them feel rooted in language that others, exoticises, and undermines transwomen. It’s hard to say whether the novella would benefit from an updated translation, or whether it should be stressed that the novel should be read in the context of its time. Despite reservations about the use of language, I felt that the themes of love, grief, loneliness and familial bonds are explored with great nuance and care, as the characters scramble out of their isolation and attempt to connect anew. I would certainly recommend Kitchen, but with a caveat. 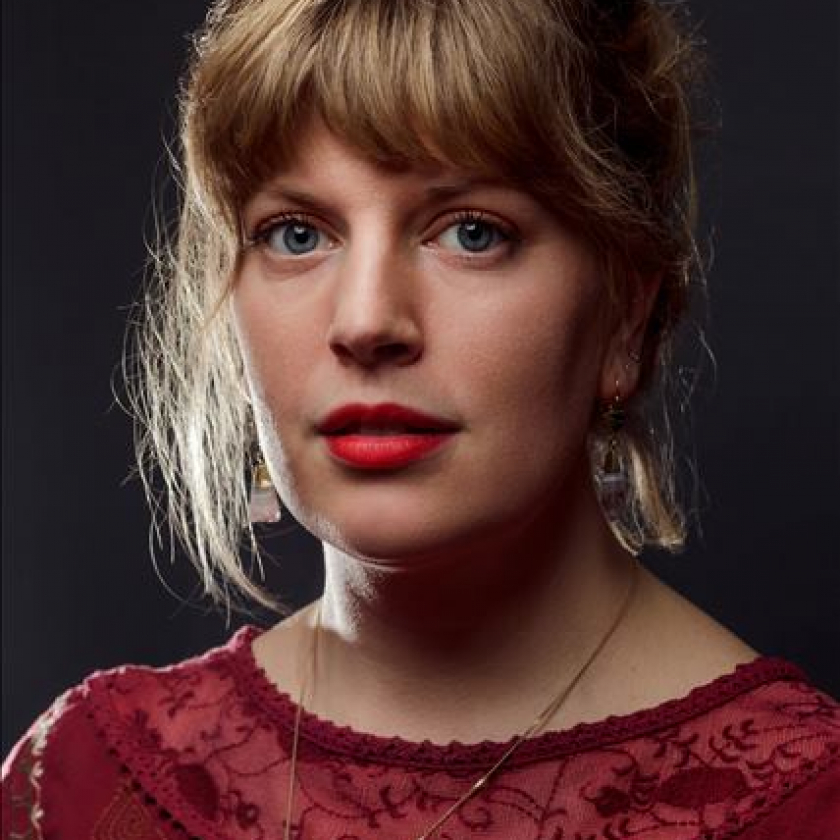