This week, Literature on Lockdown considers illustration as an alternative way to tell stories. 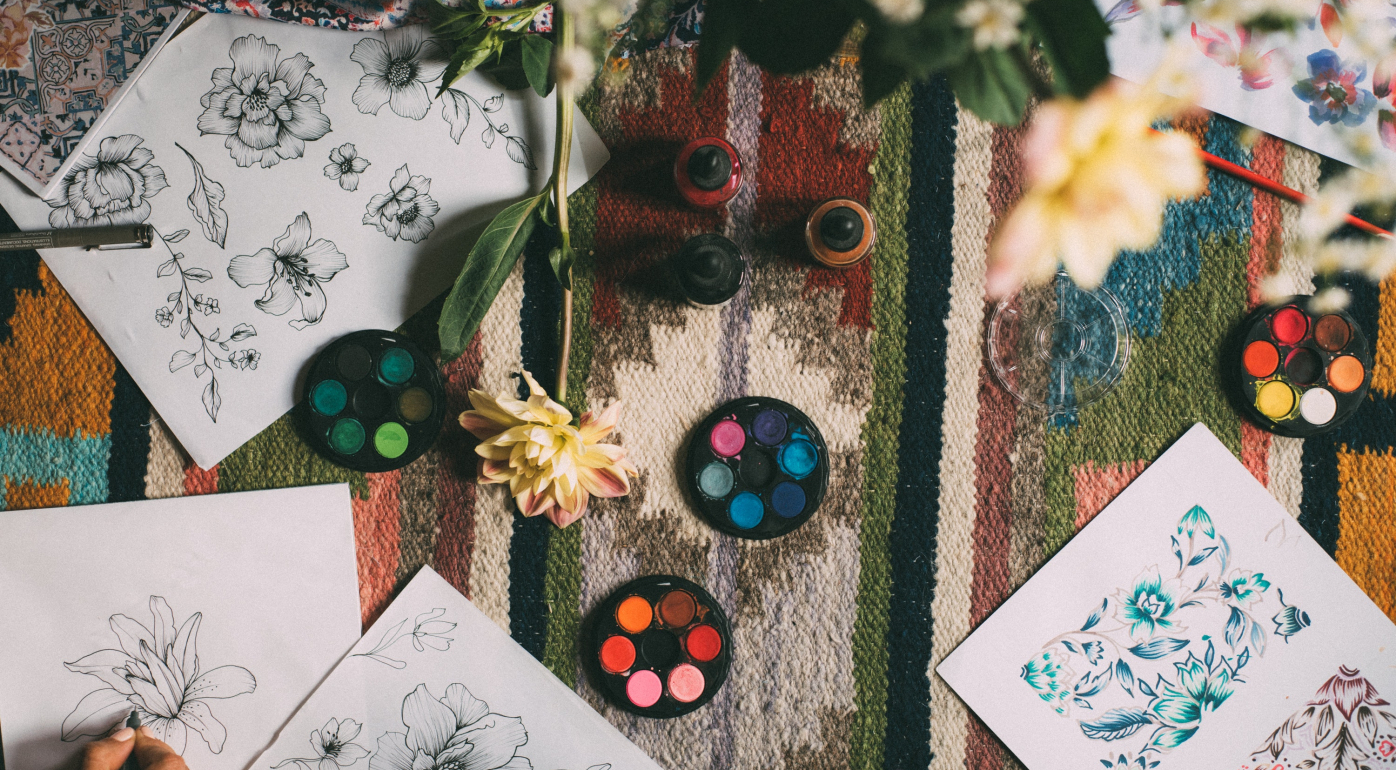 Photo by Laura Stanley on Pexels

It kept happening. On Twitter, on Facebook, in your WhatsApp chats. The bookish people you know, the introverts, declaring that lockdown would give them more time to read. Or the people who know you, and know that you might be bookish, declaring that you’d got a head start on them in terms of planning how to spend your evenings in. Literature on Lockdown 2 fell into that trap, making light of kids who prefer action to introspection.

But soon we all discovered that, whether you’re with your children or home alone, it’s much harder to concentrate during a pandemic. Sometimes you get interrupted. Sometimes you’re frazzled from work, and/or the work of childcare. Some people are on the frontline, or their loved ones are. Your brain can manage six pages of a book before one character touches another’s hand, or five people meet in a crowded market, and the flag goes up in your brain: They can’t do that! Your concentration’s shot, and you’re searching on your phone for the latest news, or texting your friends to see if they’re okay.

But literature isn’t all long words (mercifully). Stories can be told in many forms. Over the past two years, the British Council has been touring its exhibition Drawing Words, featuring work by ten brilliant UK illustrators, selected by Children’s Laureate Lauren Child. The stories told by Yasmeen Ismael’s bright, colourful animals, or David Roberts’ spooky, myth-like figures can be understood in seconds – but, when lingered over, new details reveal themselves, telling further stories about the characters and the art itself.

And while the exhibition has had to stop travelling the world for now, we can take its lessons and keep applying them elsewhere. To the visual work of Rumiko Takahashi, for example; or the illustrations Rob Biddulph is producing in his weekly YouTube tutorials. Perhaps we can then apply Rob’s lessons to our own art. Or we can listen to the stories told aloud at the FolkLog festival, and let images from them rise in our minds. All these feature in Literature on Lockdown this week.

So, if you’re one of the lucky few who can still concentrate on plain old sentences: read on.

To celebrate the publication of Yashahime – a new series by the celebrated manga artist Rumiko Takahashi, and a sequel to her celebrated Inuyasha – all 558 chapters of the original Inuyasha manga are now free to view through its Sunday Webry app. Anyone unfamiliar with Takahashi’s work can check out the Nerdist profile on her, with links to watch and read her work for free, here.

Award-winning translator Nicky Harman, who has brought writers including Dorothy Tse, Han Dong and Yan Ge into English, is interviewed in Post Magazine, where she details her journey to becoming a translator, discussions some of her recent translations, and reveals which female authors she is particularly interested in. Her translation of Rao Pingru’s graphic novel Our Story won an English PEN Award in 2018. Selections from its illustrations can be seen online in the Woolamaloo Gazette.

The Emirates Literature Foundation has launched Literary Conversations Across Borders, a new digital series that will host live debates between Emirati experts and leading international commentators. The Foundation’s CEO and Trustee Isobel Abaulhoul said that the conversations aim to “bring greater appreciation of the topics that affect us in the world today, no matter where we live… recognising the common concerns, joys and sorrows that affect us all.” Shashi Tharoor, Jane Goodall, Mariam bint, Mohammed Al Mheiri and Lesley Hazleton are among those due to participate, which registered viewers can watch live, but will be free to view on their YouTube channel in due course.

Popular children’s illustrator Rob Biddulph – famed for his books including Blown Away and Sunk! – is hosting #DrawWithRob, a video series posted online every Tuesday and Thursday that offers draw-along tutorials to help children and adults create some of his famous illustrations, as well as new creations and imitations of popular children’s cartoon and video game characters. There are 24 already uploaded, with more to come.

Words of Colour will be hosting a series of free professional development and creative wellbeing sessions for writers and creatives of colour, from now until 15th August 2020. Classes on structural thinking, filmmaking on a smartphone, and building an online presence are among those available, some of which will be first-come-first-serve tickets for workshops on Zoom, while others will be free to view for everyone and streamed on Instagram Live.

Whether you’re young or old, The Writers Block Cornwall has a selection of events on offer – including writing activities for primary-age children, a YA online writing group, digital stories for readers of all ages, and daily writing prompts, all offered through their Facebook page here. Meanwhile, poet Simon Mole and Musician Gecko are running free online workshops for children and families, alternating between writing prompts and sharing sessions, every Tuesday under lockdown.

On Sunday 31st May, Manchester’s Contact theatre will host a night of the city’s best poets and spoken word artists. Hosted by Reece Williams and featuring artists including Keisha Thompson and Tony Walsh, The City Speaks will be livestreamed via the theatre’s Facebook and Twitter accounts from 7pm.

Bookshops may be closed, but new books continue to be published and their authors are still finding ways to share their work with the public. Mitzi Rapkin’s weekly podcast, First Draft, features in-depth interviews with fiction, nonfiction, essay writers, and poets as they discuss their work, their craft, and the literary arts, as well as the impact writers have on the world today. Tishani Doshi, Sahar Mustafah, and Jenny Offill are among the recent guests.

Writers including Meena Kandasamy, Mariam Khan, Nikesh Shukla, Preti Taneja and Nikita Gill are currently participating in the South Asian Literary Festival – a series of free online events until 31st May, featuring writers of South Asian origin who have published fiction, essays, memoir, history and poetry. Events are free, but if you want to support the writers, the festival is participating with Fox Lane Books to sell the authors’ books online through a special partnership page.

Renowned British-Indian actress Indira Varma – best known for her award-winning West End stage work and her long-running role on Game of Thrones – is among the performers at the Logon Ka FolkLog online storytelling festival, supported by British Council India, with a new adaptation of the Indian legend. Running from 29th- 31st May, the festival will feature Varma’s performance at 8pm Sunday 31st May. For more information, visit the FolkLog website, Facebook, and YouTube channel. 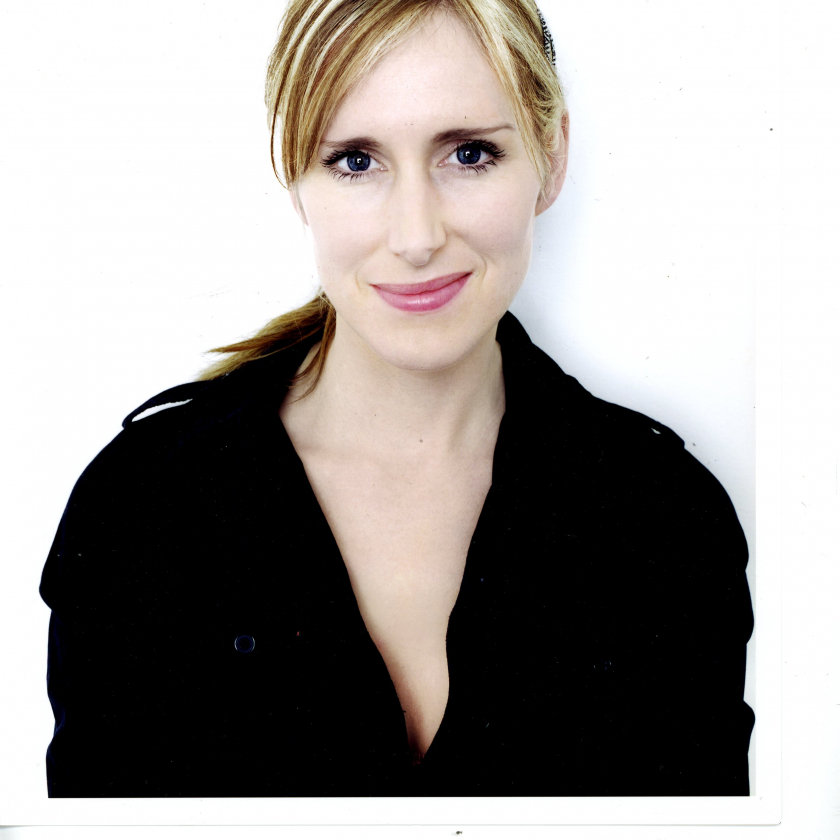 Lauren Child was born in 1967 and grew up in Marlborough, Wiltshire. She studied Art at Manchester P...