Battle those back to school blues with some inspiring reading tips from our literature team. 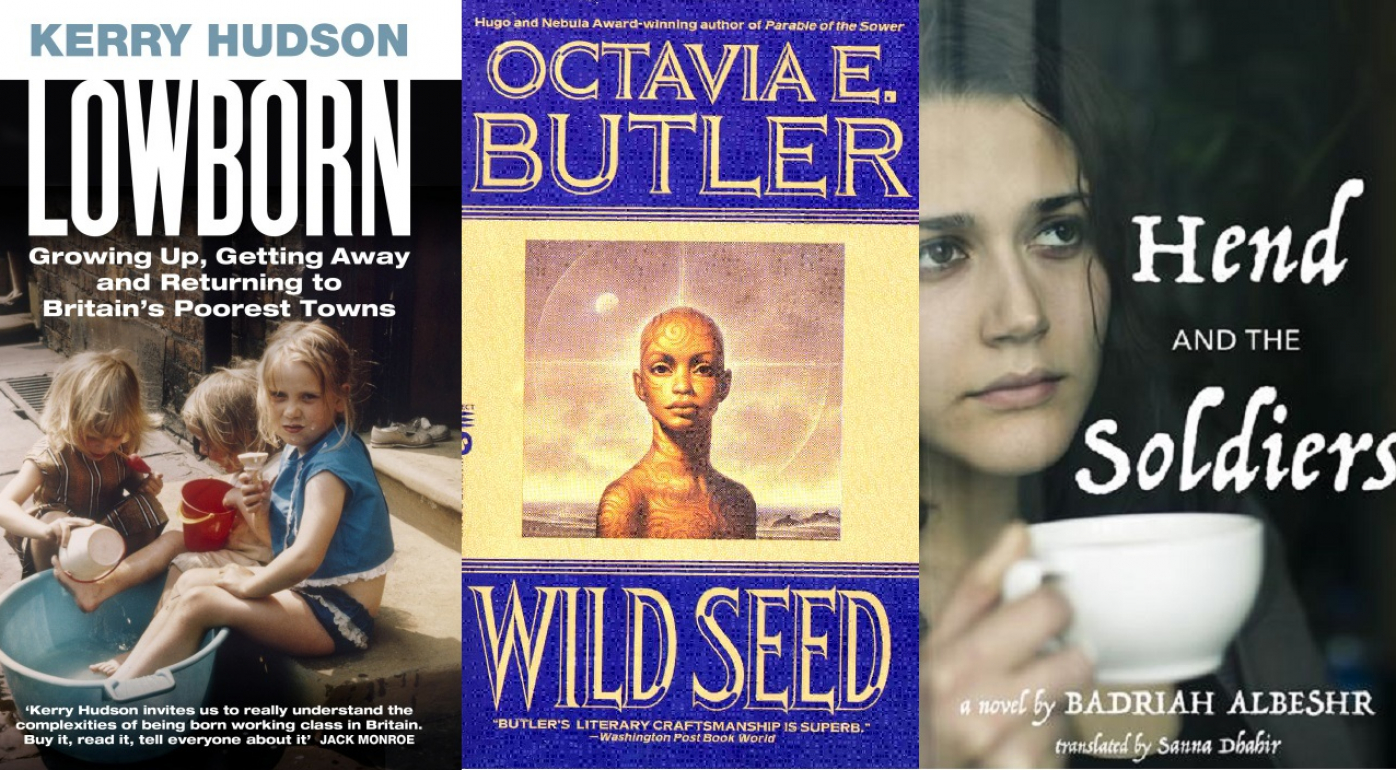 Kerry Hudson is best known for her award-winning fiction. Her first book, Tony Hogan Bought Me An Ice-cream Float Before He Stole My Ma, won the Scottish First Book Award and earned her a place on the Granta Best of Young British Novelists list. Her latest book, Lowborn, is a non-fiction account of poverty in the UK today, told from a personal perspective. She recounts a journey across the UK, visiting the seven places she lived as a child. She describes memories of time in care as a looked after child, then with her young and struggling mother, and the all-encompassing poverty which pervaded her childhood, which is still sadly ever visible in the places she visits. Hudson is a masterful storyteller, and this is a brave and honest book that has much to say about the times and society we live in.

Hend and the Soldiers by Badriah alBeshr, translated from the Arabic by Sanna Dhahir.

While al Beshr rejects the tag of ‘feminist’ novelist, the picaresque story she weaves lucidly depicts the way gender roles are enforced with martial rigidity by the titular ‘soldiers’ - husband, brothers, extended family, neighbours, and local gossips, who stand guard at the gates of Hend’s world, armed with notions of honour, shame and tradition - and her attempts to break free from their influence to grasp the opportunity of a professional career. Highly recommended.

I have just read Wild Seed by Octavia Butler, part of an attempt to read more sci-fi and fantasy this year. Wild Seed is the story of Anyanwu and Doro, two immortal beings who are both trying to found tribes of people like themselves. Doro is destructive and enjoys the hunt and the kill, whereas Anyanwu is a healer who wants to make herself a family.

It seems like a straightforward gender analogy, but it’s not that simple: both Anyanwu and Doro can be any gender. Over the centuries, they come together and drive each other away, fighting invisible battles, and raising interesting questions about power, nature vs nurture, race and gender relationships.

Apparently Butler wrote Wild Seed as some light relief after publishing Kindred, her classic time-travelling slavery story. I strongly question Butler’s definition of ‘light relief’ because there are some very dark places in this book! I preferred Kindred, but I enjoyed how she plays with your expectations in this novel.

@LitBritish We're delighted to hear about the new international online book club by @Rovingheights Nigeria and @EssexBookFest U… https://t.co/m4XASHLEeG
(5 days ago)