We discuss form, Indonesian Identity and what it's like to have another writer in the family. 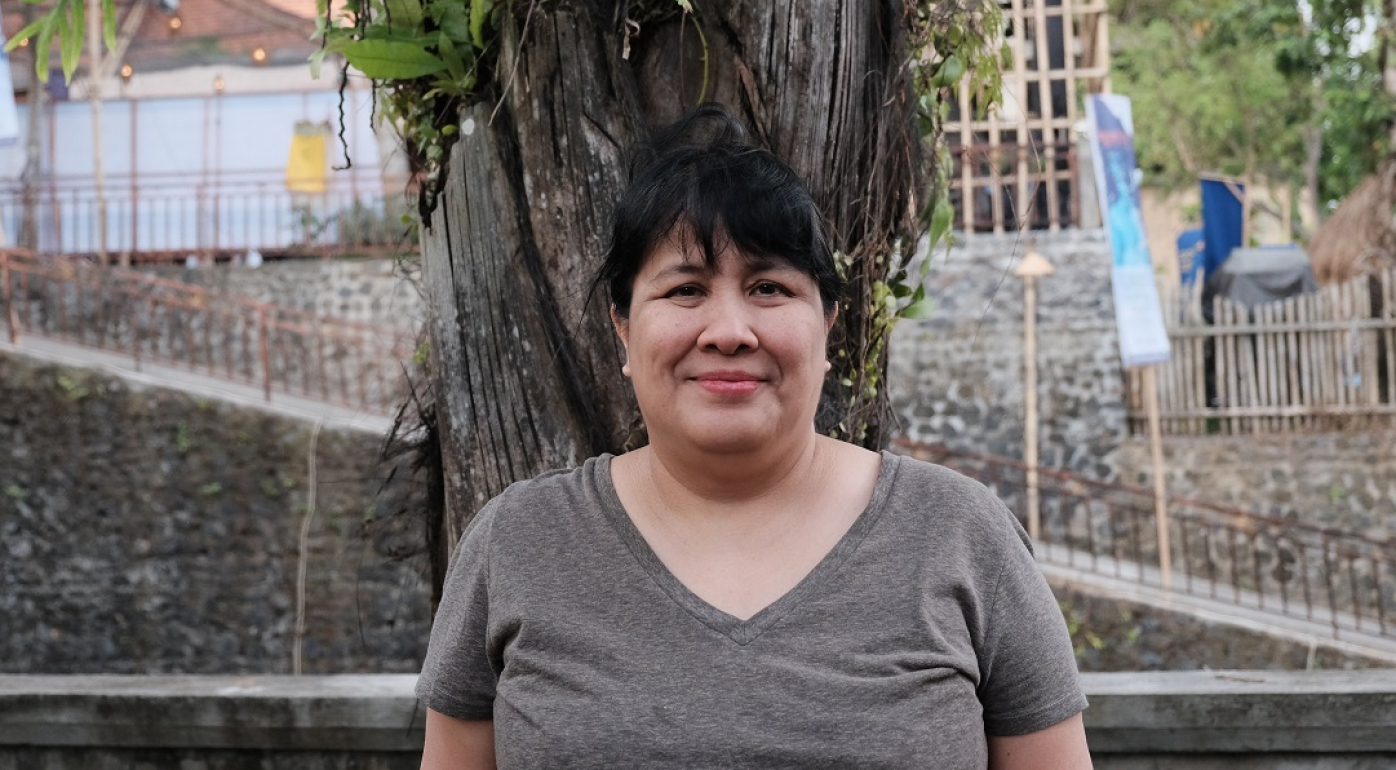 Tell us a bit about your work

I actually started writing when I was kid. My first short story was published in a children’s magazine when I was 12 years old, so I’ve been writing for a long time. I was a fiction writer first, and then after college I studied in Canada to become a journalist. My first ‘adult’ novel is called Pulang, is been translated into 5 languages including English. It’s English title is Home.

My most recent novel, published at the end of last year, is called Laut. John McGlynn was the translator and he translated the title as The Sea Speaks His Name. ‘Laut’ means the sea, but it’s also the name of the character. It’s a story about the kidnapping of activists in 1998, several months before president Suharto resigned, before the reformation: 22 students were kidnapped, and only 9 people were released.

How does it feel to have been chosen for The London Book Fair?

Well, I’m very, very glad - I’m very honoured. I’ve never been to LBF before. I think it's very important for us to go and represent Indonesian literature because it's not very well known internationally.

Your daughter, Rain, is an author too. How did she get into writing?

It wasn’t planned, it’s just that her father and I, we love books. She loves books, too, and she likes to write - I don’t think we pushed her. Her English teacher called me, and I thought ‘Oh no, what’s going on?’ But he said, ‘Your daughter is very talented, look at this composition she has written, it’s really good.’ I didn’t really read it, I was just glad she wasn’t in trouble. Her teacher said we should send it to the Jakarta Post, and that was the start of it. She writes in English though, so you can read it!

Can you give us some Indonesian book recommendations?

It’s a must for any foreigners if you want to get to know Indonesia, of course Pramoedya Ananta Toer’s Buru Quartet because that’s a classic. There is a long history behind the author and the book. He actually wrote [the Buru Quartet] in prison, on an island, Buru Island, where all the accused communists were imprisoned. He had to write it and someone had to smuggle it out, the process itself is really interesting. But the book is also very well written.

I think, if you want something a bit more modern, any of my colleagues who were chosen in the 12 [for London Book Fair]. Also, Eka Kurniawan, that’s also a must. Between Eka, Pramoedya Ananta Toer and those 12, that’s a lot of reading!

Actually, lately I’ve been writing novels. Pulang and Laut are novels. I think now it’s more difficult for me to write short stories. Because you have limited space but you need to have a ‘bomb’. I don’t mean something extremely dramatic but you need to have something that when you read it, it has to stay in your mind. But with a novel you have the luxury of having a background, back stories. In short stories it’s difficult, and I find it hard these days! I was trying, as I was asked to be part of an anthology with other writers, but I couldn’t; it was really long for a short story, it was like a novella, so I said ‘forget it!’

We’re looking at building connections between the UK and Indonesia, what do you think there is for people in the UK to learn from Indonesia?

I studied in Canada for 6 years and when I was a kid we used to live in Australia. The thing is, with the Western world, they know the lives of Indonesians and other Commonwealth countries through colonialism. Dutch people know more about Indonesia as it was colonised by the Dutch. When I have a book tour in Holland, I don’t have explain that Indonesia is a country with 17,000 islands, I don’t have explain that we were under a dictatorship for 32 years, and there was a massacre because they know it - at least the older generation - the younger generation, they have to look on the internet! But other with other Western countries we sort of have to explain and give a historical context. So that’s...I don’t want to say a challenge, but that’s one piece of homework we know we have to do when we go to England next year.