Find out more about Polish author Jacek Dehnel, who is visiting the UK in March for the Poland Market Focus at The London Book Fair. 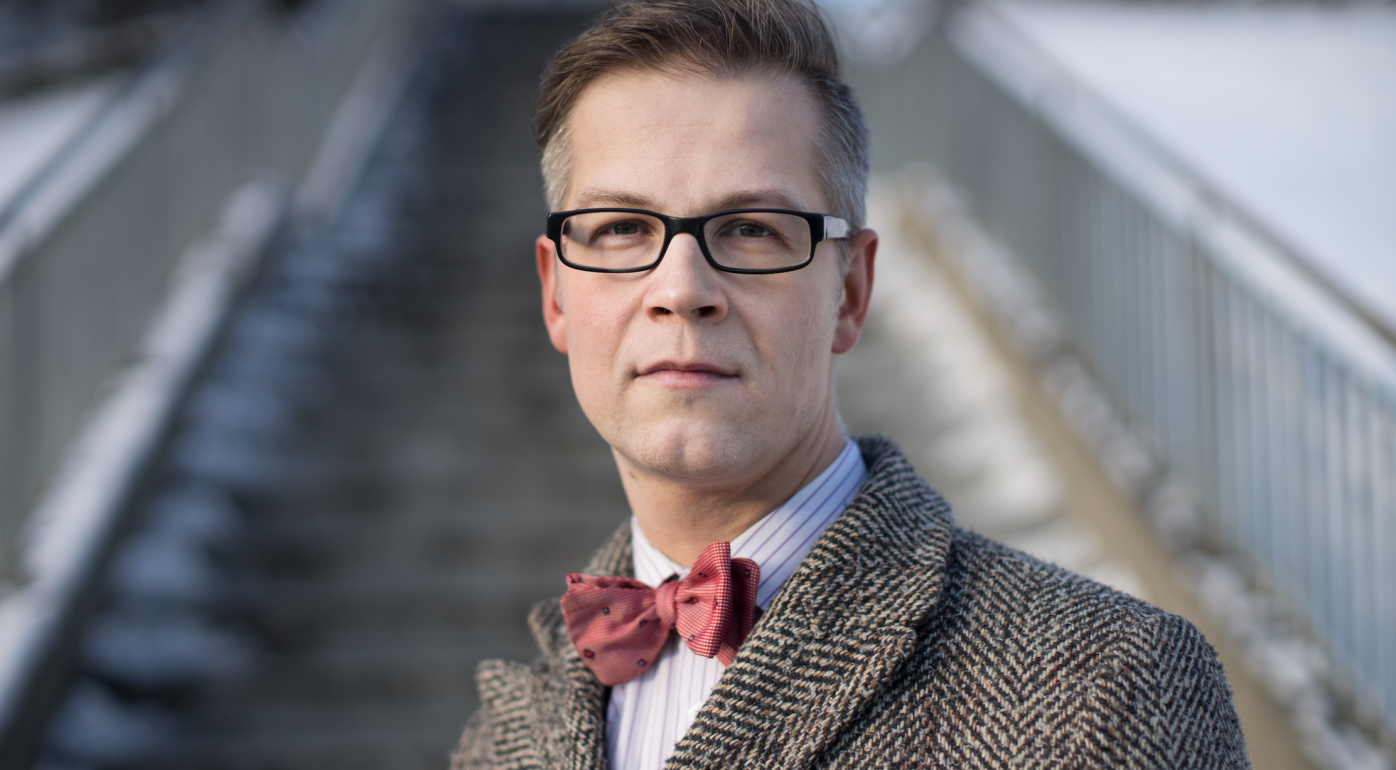 I can only say what are the hardest and easiest parts for me, personally. I immensely enjoy the opportunity it brings for travel – not only abroad, but also around Poland. That allows me to meet my readers and see lots of interesting places. Of course, first you need to achieve a certain level of success and then there’s a decision to be made, about whether you want to spend literally weeks on train and, planes, in hotels or guest rooms of the local libraries, or not. In my case I do some 50 to 60 public readings per year, so it takes a considerable amount of time and commitment. But it really pays back. You meet your readers, you discuss things with them, you find out if your intentions correspond with the way they have understood your book. You visit distant countries or towns you didn't know even existed.

As for the hardest part, it's the writing. It's never good enough. And whatever prize or award you’ve been given, you can never be sure if your work actually has any lasting quality. If you don't believe me, look up the names of the first thirty Nobel Prize recipients.

To me or to an English reader? A very small part of Polish literature has been translated into English so there are plenty of great works that are 'terra incognita'. And, as in every peripheral, minor literature, there are dozens of works which would be world classics had they been written in English, French or Spanish. But it's all right, there’s no point in lamenting the obvious. Some of them have actually been translated, but maybe the translations weren’t good enough, or else they just missed their time. So if, for instance, you were to have a new or the first good translation of one of the Polish classics, that would be the exciting thing about Polish literature at the moment. What’s more, if a reader from outside the cultural mainstream reads Dickens, he or she is expected to understand the world described and the subtleties of British 19th-century culture, and, frankly speaking, because of the dominance of Western culture, he or she often does. It’s much harder for a reader who has grown up within a major literature to peep into a peripheral one, because they often lack the cultural, historical and literary context, and so they lose a large part of the enjoyment.

And so, my at the moment is completely different from an English reader's at the moment. I could mention particular books and writers, but I’m afraid it's highly likely that you won't be able to read them before Prince George ascends the throne. I see a lot of richness in contemporary Polish literature – some marvellous non-fiction writers are reinvigorating the Polish school of reportage years after the heyday of Ryszard Kapuściński and Hanna Krall. I see the rise of some very good genre fiction, namely crime novels, although it often follows the Scandinavian and British patterns, so it might be less interesting for you. What I find most fascinating is Polish poetry – it’s extremely fascinating, though very little of it is ever translated or, actually read – not even in Poland, although in comparison with foreign literature, I find it more interesting than our fiction.

Translation is a marvellous idea, isn't it? Your book was written and published, you got the reviews and the royalties, perhaps it was shortlisted for one or another prize, and then, let's say five years down the line someone comes and says: “Oh, we want to publish it in the distant country of this and that”. And it's not only that you get paid for it, which is as if you were suddenly told: “Remember how you worked for a year in an office in Knutsford in 2007? Well, we have some extra wages for you.” But it also means re-experiencing your own work with a completely new group of people, because the readers in each country are different and they react in different ways to the – more or less – same text. Which is really fascinating.

And it works both ways, of course. In London, or at any other book fair or festival, I meet great writers and find out about their books, which I knew nothing about before. So I will enjoy it both as a reader and as an author.

If I were to name a few new books from Poland, I would surely recommend Olga Tokarczuk's The Books of Jacob, a marvellous, rich narrative, spanning the period from the 18th century until today. It tells the story of a charismatic Jewish self-anointed prophet and Messiah, who amid the wars, heresies and new ideas of the European Enlightenment tried to find a new path for the Eastern European Jews. Something far less epic, yet also highly commendable would be Wioletta Greg's touching Swallowing Mercury, a very sensual journey into rural Poland in the 1970s and 1980s, describing the confusion of growing up in the Polish countryside just before the collapse of the Communist system. 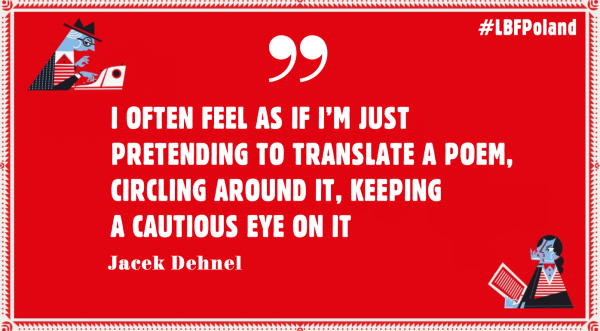 Do you think that the city of Gdańsk, with its rich international history, and where you grew up, has influenced your style of writing?

When I was growing up, Gdańsk – formerly known as Danzig – was reinventing itself. During the Communist regime it was impossible to explore its German past, but thanks to Günter Grass and then two great Polish writers, Paweł Huelle and Stefan Chwin, two hundred years of its recent history were gradually brought back to mind, and then formed into a certain literary shape for this city. You can find it in great books such as The Tin Drum by Grass, Chwin's Death in Danzig (and perhaps even more in Krótka historia pewnego żartu [“The Short History of a Particular Joke”], sadly not yet translated), and in Huelle's Who was David Weiser? or Moving House and Other Stories. So then I had two options, either to go with the flow or, rather, choose something else. I left my hometown, moved to Warsaw and have never written a proper “Gdańsk novel”.

You are a versatile author. Can you tell us about one of your more mysterious projects, i.e. publications under the pseudonym Maryla Szymiczkowa?

Oh, I am only the worse half of Maryla, my boyfriend Piotr Tarczyński is the better one. And he was the one who came up with the whole idea. Ever since Marek Krajewski wrote his series about Eberhard Mock, a German policeman in Breslau, today Wrocław, vintage crime novels have been very popular, featuring various cities which now belong or used to belong to Poland. But, to Piotr's dismay, Cracow, his hometown, was somehow overlooked. What’s more, most of the detectives were similar: male, usually in their fifties, chain smokers and heavy drinkers, womanisers with a rather condescending attitude towards women. Piotr wanted something new, so he decided to set our novel in the Cracow of the 1890s. The turn of the 20th century brought enormous changes to Cracow, which from being a provincial, distinctly Austro-Hungarian town, became a centre for Polish culture, art and science, inhabited by fascinating, colourful personalities. As for a detective, he picked an middle-aged lady, someone akin to Miss Marple or Mrs. Dulska. The former needs no introduction, and the latter is one of the central characters in a famous play of that age – a tyrannical, stingy, nosy landlady, the epitome of the hypocritical Cracow bourgeoisie. Our main character, Zofia Szczupaczyńska, is an university professor's wife, who, being childless, cannot –lead the typical life of an upper-middle class matron, so she’s desperately looking for a hobby. Having tried poetry and charity, she finds it – to her surprise – in solving crime mysteries.

Being a woman in a thoroughly male-centric society, she cannot work openly, but has to cooperate with inspectors and policemen, who frown upon her, but eventually succumb to her wit, persuasion or even blackmail. And if all else fails, she can always try to influence them through their wives, whom she will invite for afternoon tea. Szczupaczyńska is completely conventional and conservative, yet at the same time she’s blazing a trail for women's progress – even though she doesn't realize it.

As a poet and translator, how would you describe the challenging process of translating poetry?

Fake it until you make it. I have translated three books of poems by Larkin, many poems by Sandburg, Auden, Verdins, Mandelstam and Bialik, either on my own, or in collaboration. And it’s almost always the same: whenever I start to translate a poem, I am convinced it is not possible to render this particular poem in Polish.

And then, after days or weeks or months of struggle I sometimes reach a solution that is more or less satisfactory. When it finally happens it can be a surprise, because while I’m working on a translation I often feel as if I’m just pretending to translate a poem, circling around it, keeping a cautious eye on it and yet – unexpectedly – I realize I have already done it. 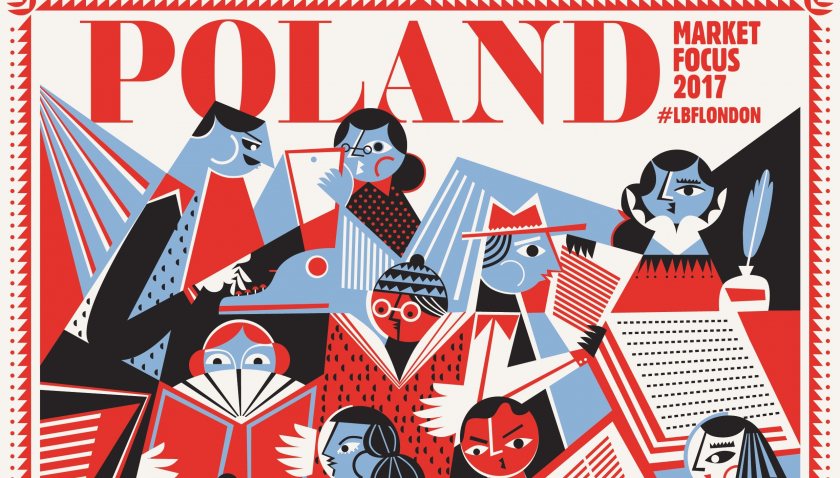 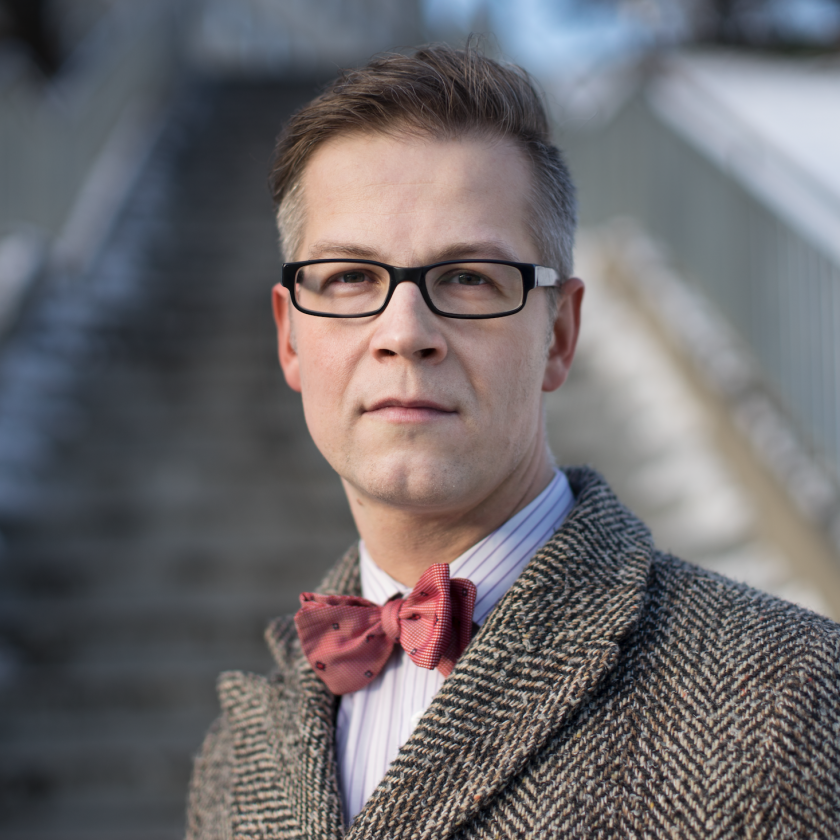