Poet, editor and academic Richard Georges introduces the literature scene in his home in the British Virgin Islands. 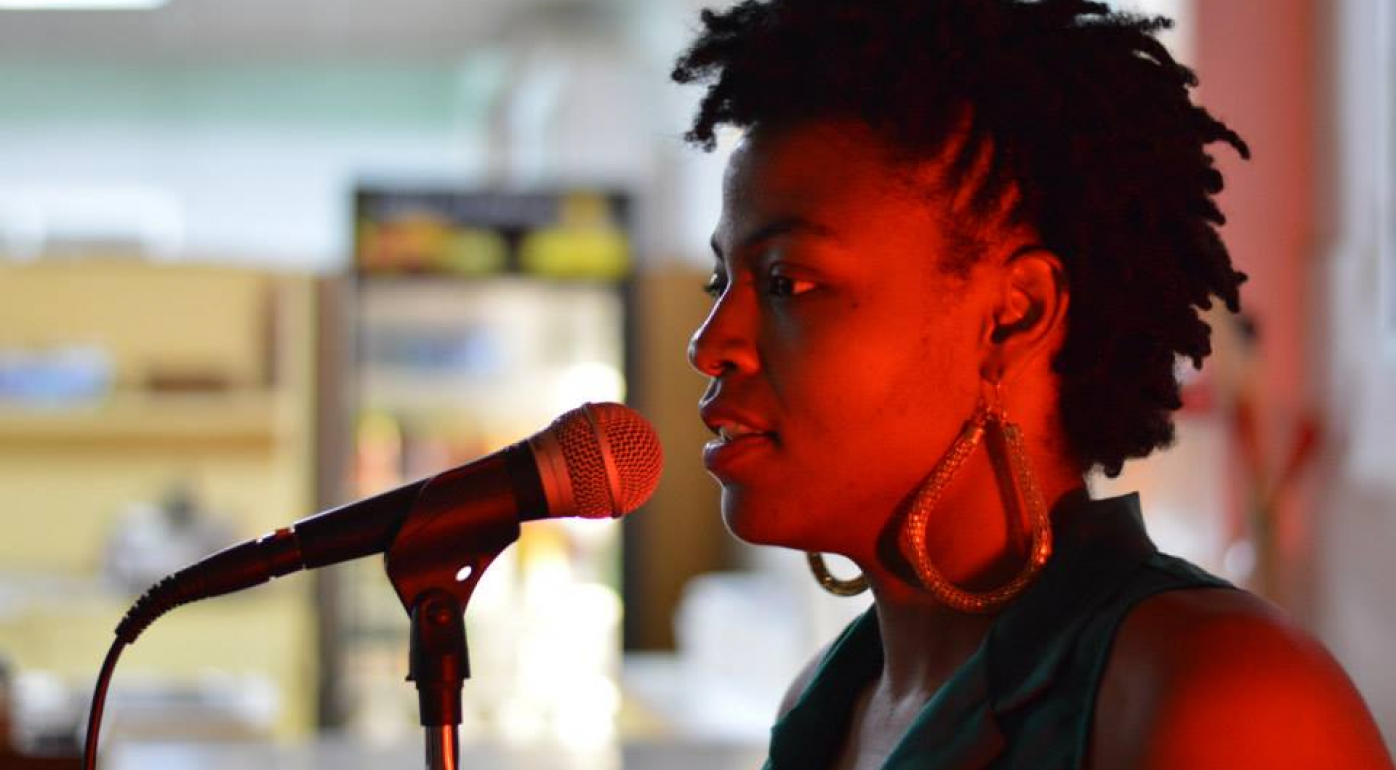 For whom disambiguation is needed, the British Virgin Islands is comprised of more than 50 islands, rocks, and cays situated east of Puerto Rico at the northernmost arc of the Caribbean archipelago. They are often confused with the United States Virgin Islands (the ex-Danish colonial territories of St. Thomas, St. John, and St. Croix) which lie just west, or the Spanish Virgins (Culebra and Vieques) which are governed by the Commonwealth of Puerto Rico. For the vast majority of their colonial history, the British Virgin Islands (BVI) have been in the possession of the United Kingdom, although the prefix of British in the country’s name only became necessary after the United States purchased the then Danish West Indies and renamed them The Virgin Islands.

The earliest British Virgin Islander whose poems survive to the present day is the Anegadian sailor, engineer, and writer Alphaeus Osario Norman. Not much can be found to read about him except for some interesting and amusing classified advertisements from a local newspaper, but his friend Joseph R. O’Neal, a local entrepreneur in Tortola, writes about him in his posthumous memoir Life Notes. In it, he describes Norman as a mythical figure: a barrel-chested adventurer who traveled throughout the Caribbean and Latin America working as a blacksmith before settling in Road Town and befriending the author. O’Neal tells us that Norman never went anywhere without a notebook in his breast pocket in which he wrote his poems. Later, when Virgin Islanders and other Antillean folk could find work in Saint Thomas aiding the wider American effort in World War II, Norman got a job manning earthmoving equipment in Charlotte Amalie. It is here his story ended tragically in an accident involving the machine he operated. From all informal accounts of the time, Norman appears to be the most prolific poet of this period, rivalled only by another Anegadian – Rufus Faulkner – who excelled in both religious poetry and political satire.

Who can forbid that prayers be said,
or carols changed for the dead,
or disbelieve that they shall rise
as angels pinioned to the skies?

Anegada is one of the least populated islands, and features the geographical peculiarity of flatness in an archipelago dominated by mountainous islands that rise spectacularly out of the sea. Because of this, and perhaps the treacherous reef that encloses it, it is also often referred to as ‘the drowned island’. This characteristic of the land of his birth, and perhaps echoed by the various professions Norman held, foreshadows the maritime preoccupation of much of the work that survives. His poems eulogize British warships and Virgin Islands sloops lost in storms, Akan warriors committing ritual suicide by jumping off of the cliffs of St. John at the end of a slave rebellion, and the dangers posed by the imposing Horseshoe Reef to novice sailors attempting to land on Anegada.

The queen-conch shell
announces the catch
that breaks nets
and draws a village
to itself.

While Norman and Faulkner could argue to be the preeminent Virgin Islander writers in the 1920s, since then there have been a slew of poets (though relatively few fiction writers), often forming their own collectives and organizing readings, performances, and other events to showcase their work. The most prolific of these over of the years have been Quincy Lettsome, Jennie Wheatley, Verna Penn Moll, Roy Hodge, and Patricia Turnbull, but there is a young and vibrant generation of poets who meet regularly and organize monthly spoken word events at Mellow Moods, a vegan café in the centre of Road Town on the main island of Tortola. Most of this scene exists as live performance or locally circulated self-published work. The books published here are usually launched with some form of assistance from the government’s Department of Culture, but not many of these books reach beyond our shores into the wider Caribbean, much less further afield. Perhaps, this is part of the reason why it is only very recently that I have begun to think of myself as a Caribbean writer ­­– so much of Virgin Islands literature has not made it out.

I do not understand cosmologies
which hold that stones
are dead...

this yard of rubble and ruin
strewn with forgotten souls
and scattered mounds of unmarked stones,
is sacred ground.

In 2012, a teaching colleague and I attended the 31st West Indian Literature Conference at the University of Miami. We were lucky enough to meet several writers we had admired for some time from afar – Olive Senior, Kei Miller, Edward Baugh, and Bridget Brereton were the keynote speakers. In fact, I can point to a conversation I had with Kei Miller back then that served as a real impetus to focus on my writing and give it the time needed to develop. In 2015, when my work was shortlisted for the Hollick Arvon Prize in Caribbean Literature (an award administered by the Bocas Lit Fest in Trinidad to develop emerging talent), I began to feel more a part of the wider universe of Caribbean literature. I hope more young BVI writers will be able to develop an audience outside of our territory.

Before attending that conference in 2012, I never wrote with any real sustained vigour. After completing an MA in Creative Writing, I returned home to the British Virgin Islands and began to work at the local college. Literature remained something elusive, abstract, observed and read but still not owned and written. I do not mean here to misguide you, I wrote in sometimes prolific spurts in a collection of now dog-eared and worn Moleskine notebooks. Eventually, a colleague encouraged me to submit a selection of these rather rough poems to Smartish Pace, a poetry journal based in Baltimore. To my surprise and delight, one of the five I’d sent was accepted. While I saw that poem as my first real publication and the beginning of my writing career, and still did not see myself as a full-fledged Caribbean poet, I was joining a tradition of Virgin Islander poets. It was the first step towards what would become my current preoccupations: writing, and editing the journal of Caribbean art and literature Moko with David Knight – a writer and friend from the United States Virgin Islands. That magazine has been able to serve as a platform for a number of emerging writers and artists from the Caribbean and we are especially proud of the Virgin Islanders we have featured. 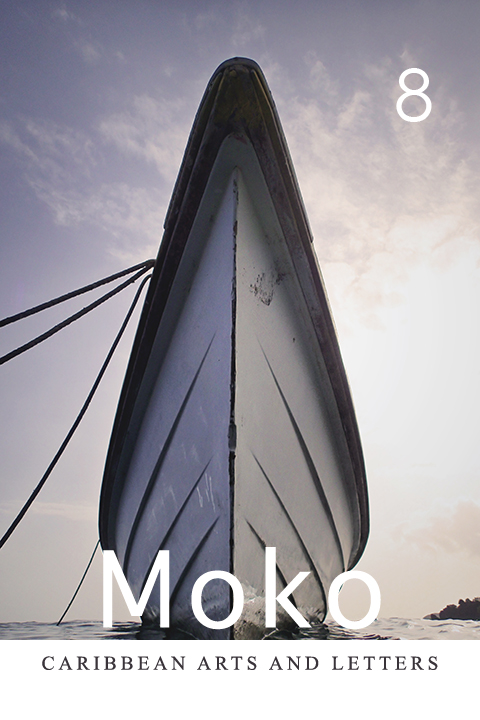 I see the sun

conquering everything, and everyone.

As time passes, we hope to see more attention paid locally to all of the writers who can claim these islands as their home as our students will need to see themselves reflected in literature in order to more clearly see its social, cultural, and spiritual relevance to their lives. More work remains to be done in this area, but I am happy to see progress. This year, the Department of Culture is hosting its first Book Fair centred on local authors past and present. Perhaps this event, and others like it, can be a catalyst for a more concerted effort by the BVI to first celebrate all the great writing that has been done and encourage the next generation of writers to pick up their pens and laptops to write some more.

Richard Georges is a writer, editor, and lecturer in the British Virgin Islands. His poems have appeared or are due to appear in Prelude, Smartish Pace, Barrelhouse, The Caribbean Writer, The Puritan, WILDNESS, Wasafiri, decomP, The Rusty Toque, Baldhip, Susumba, Under the Radar, sx salon, those that this, Cordite Poetry Review and elsewhere. Richard is the author of the poetry collections Make Us All Islands (Shearsman Books), currently shortlisted for the Forward Prize for Best First Collection, and the forthcoming GIANT (Platypus Press). He is the recipient of the 2016 Marvin E. Williams Literary Prize from The Caribbean Writer, and has been commended or shortlisted for The Wasafiri New Writing Prize, The Small Axe Literary Prize, and The Hollick Arvon Prize for Caribbean Literature. He chairs the Humanities Department at H. Lavity Stoutt Community College and is also a founding editor of Moko, a journal of Caribbean arts and letters. 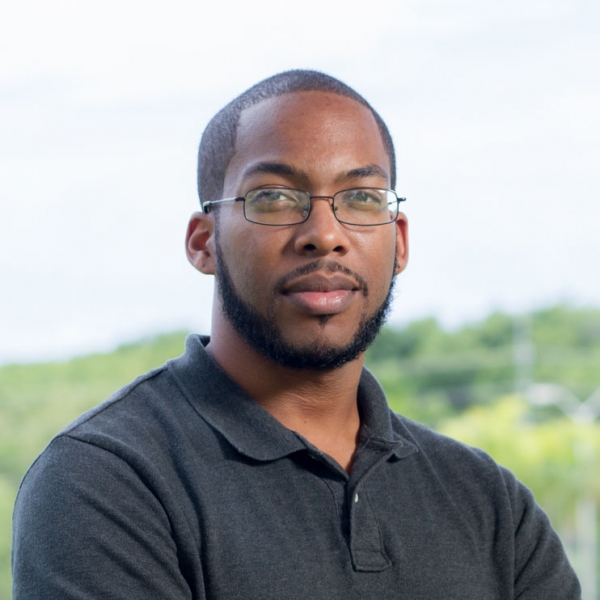