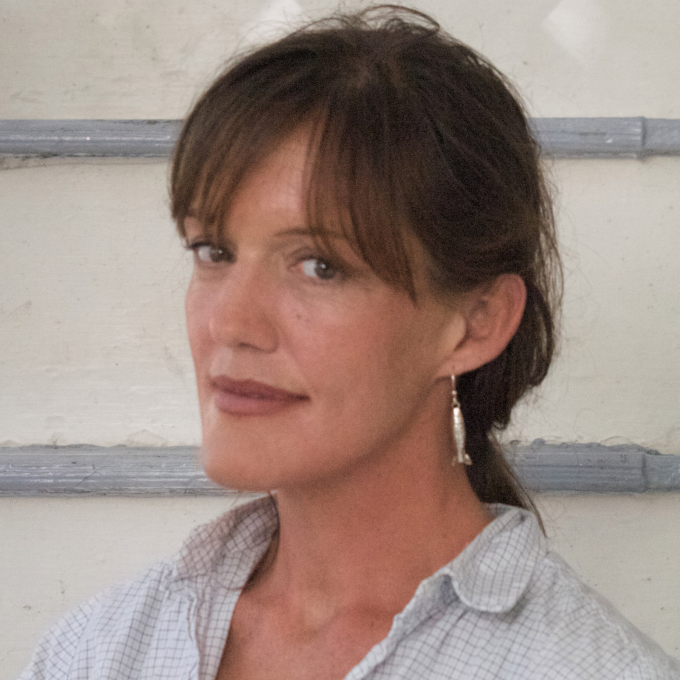 Zoe Heller was born in London in 1965 and educated at Oxford University and Columbia University, New York.

She is a journalist who, after writing book reviews for various newspapers, became a feature writer for The Independent.  She wrote a weekly confessional column for the Sunday Times for four years, but now writes for the Daily Telegraph and earned the title 'Columnist of the Year' in 2002.

She is the author of three novels: Everything You Know (2000), a dark comedy about misanthropic writer Willy Miller; Notes on a Scandal (2003) which tells the story of an affair between a high school teacher and her student through the eyes of the teacher's supposed friend, Barbara Covett; and The Believers (2008), shortlisted for the 2010 International IMPAC Dublin Literary Award. Notes on a Scandal was shortlisted for the 2003 Man Booker Prize for fiction, and released as a feature film, starring Cate Blanchett and Dame Judi Dench.

When Zoë Heller’s second novel was shortlisted for the 2003 Man Booker Prize for fiction the writer was propelled into the premier league of contemporary British literature.

Not only does a nomination provide a publisher and a bookshop chain with an easy marketing tool, but Britain’s most coveted literary prize is also an internationally recognised stamp of quality. Although one may not always agree with the judges’ decisions one cannot help but check one’s response. Did Heller deserve her nomination? The answer is a resounding 'yes'. Notes on a Scandal (2003) is an adroit autopsy of modern relationships, sexual mores and stultifying class divisions seen through the eyes of Barbara Covett, the lonely and self-deceiving narrator.

In the words of the American writer Edmund White, ‘with this one book Heller joins the front ranks of British novelists, right up there with Amis and McEwan.’ White’s words are praise indeed. To be considered the equal of such literary figures is to realise you have made it; few Commonwealth writers have achieved as much in the last 25 years.

Notes on a Scandal deals with an affair between Stephen Connolly, a 15-year-old schoolboy, and his pottery teacher Sheba, an almost aristocratic woman in her early 40s, living with her family in a large Victorian house in Highgate. Sheba’s fellow teacher Barbara, whom we have to rely upon for the details of the scandal and the subsequent fallout, tells the story. From the very beginning we are aware that Barbara’s testimony may be suspect. She styles herself as Sheba’s ‘caretaker’ and engages in a surreptitious documentation of the affair.

Barbara consistently dismisses others on the basis of, among other things, their appearance, religion and dress sense. The reader senses that Barbara is desperate for the one simple connection with another human being that will give her life some kind of solidity and meaning. One feels from the very beginning that the telling of the tale is an act of betrayal, akin to Linda Tripp’s revelations of her telephone conversations with Monica Lewinski. This draws out sympathy for Sheba and hooks us into a curiosity regarding Barbara’s real intentions and her role in Sheba’s downfall.

In the foreword, in which Barbara sets out her stall, she tells us that she is the only person ‘qualified to write this small history.’ She describes the press reaction to the scandal in extremely critical tones. She talks of  ‘the unrelenting sanctimony’, ‘the hysterical prurience’ and ‘the titillated fury.’ She speaks of Sheba’s husband’s ‘revulsion’ and questions whether the journalists covering the story have ever ‘experienced an impulse that fell outside the magic circle of sexual orthodoxy.’ However the reader cannot help but feel that Barbara herself is also guilty of a prurient interest in Sheba’s affair.

Heller’s use of the device of the unreliable narrator is inspired. It generates a fascination toward the characters that is sustained throughout by the subtle juxtaposition of tragic set pieces and black comedy. In mood and tone Notes on a Scandal recalls John Fowles’ The Collector and William Trevor’s Felicia’s Journey. All are sublime portrayals of the complexity of human obsession and how it can be such a devastating force.

Much has changed for Heller since her first novel, Everything You Know (2000), came under scathing attack in the British press. The writer was already very well known for her confessional pieces in The Sunday Times and few critics seemed willing to allow her another string to her bow. Yet Heller deserves great credit for her debut, not least as it is convincingly written from a male perspective.

In Heller’s first novel, which moves from tragic confrontations to well-timed comic set pieces, writer Willy Muller narrates the story of his life and daily musings upon it from the point when he is recovering in hospital from his first heart attack. He is listless and unhappy, in LA, Mexico and England and becomes bored and exasperated with his lovers, mother, sister and daughters. Heller intersperses his tale with diary entries from the volumes Muller’s daughter sends him shortly before her suicide. As a technique, this sometimes feels a little forced and intrusive although it does serve to highlight Muller’s sense of alienation from his family.

Willy Muller’s is a life in free-fall. He is man unwilling, (or perhaps unable) to express a single emotion. The only comment he makes on his daughter’s diaries is after he recalls his first reading: ‘I would like to be able to describe my feelings at this juncture but I can’t really remember them.’ When later diary entries on loss of virginity, squat life and becoming pregnant appear without response one cannot help but feel less than sympathetic. Yet Muller’s voice, both caustically sarcastic and defiantly sincere, is irresistible.

In both of these novels Heller has used distant, even cold narrators. Deeply critical of others, filled with feelings of self-loathing and almost maniacal in their inability to forgive, these characters portray the isolation at the centre of human experience. Both Everything You Know and Notes on a Scandal are elegant treatments of the search for some kind of overarching purpose in life. Heller does not stand in judgement of her characters and it is this that gives her work its power; the reader never gets a sense of authorial disapproval.

Neither Willy Muller nor Barbara Covett possesses the one relationship which will provide them with the necessary strength to deal with the numerous strains and stresses of modern life. They are unable to identify with anyone they encounter in their daily lives. Muller and Covett have too much time to ruminate; it is both a symptom of their loneliness and its primary cause.

With just two novels, Heller has made a successful transition from journalist to novelist. Everything You Know and Notes on a Scandal are the product of an original mind, a potent narrative voice and an undeniably metropolitan sensibility. Both reveal self-confidence and a refusal to compromise. Heller is a writer at the very top of her game and she shall be keenly watched to see where she goes from here.