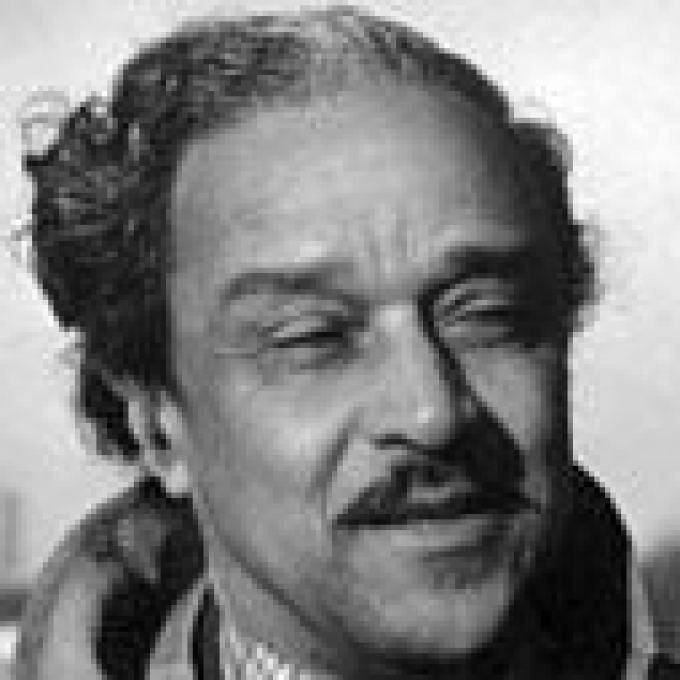 Born in Guyana in 1921, and studying at Queen’s College, Georgetown, Guyana, Sir Wilson Harris became a government surveyor, before taking up a career as lecturer and writer.

The knowledge of the savannas and rain forests he gained during his time as a surveyor formed the setting of many of his books, the Guyanese landscape dominating his fiction.

Wilson Harris’ writing style often departs from accepted norms, and he is known for his broad vision and the abstract complexity of his mystical style. He first wrote poetry, but since has become a well-known novelist and essayist.

His most recent novels are Jonestown (1996), which tells of the massacre of one thousand followers ordered by cult leader Jim Jones; The Dark Jester (2001) and The Mask of the Beggar (2003), which has autobiographical elements. His most recent book is The Ghost of Memory (2006).

Wilson Harris also writes non-fiction and critical essays and has been awarded honorary doctorates by several universities, including the University of the West Indies (1984) and the University of Liège (2001). He has twice been winner of the Guyana Prize for Literature.

In June 2010 Wilson Harris was knighted in the Queen's Birthday Honours. He won a Lifetime Achievement Prize from the Anisfield-Wolf Book Awards in 2014.

Wilson Harris remains one of the most influential and respected Caribbean artists of the last 50 years, not to mention one of the most original and innovative voices in postwar literature in English.

His work is often regarded as ‘difficult’ by both his Caribbean and his European audiences, and this is partly because of its deep philosophical grounding in the work of Hegel, Heidegger and others, and partly because of its roots in Latin American traditions largely incommensurable with European realisms. His fiction consistently rejects conventional devices of plot, setting and character. Nevertheless, as one of his most respected commentators, Michael Gilkes once put it:

'It seems almost as if, like the South American rain-forest (an important image in the novels) Harris’s work, once entered, reveals a "phenomenal space" which belies the impression of impenetrability conveyed by the densely-packed upper storey of the leaves.'

Although he moved to England in 1959, this enveloped Guyanese interior has remained the foundation for his imaginative project over the decades, even as the multiple selves which constitute ‘characters’ in Harris’ fiction stray far beyond it, to London, India (see The Angel at the Gate, 1982) and Edinburgh (see Black Marsden: A Tabula Rasa, 1972), for example.

In his first and most famous novel, Palace of the Peacock (1960), Donne journeys with his crew into the Guyanese interior. It is an adventure that recaptures the conquest of the Americas and the quest for El Dorado, not to mention Marlow’s journey into the African interior in Heart of Darkness. In Harris’s novel though, the journey ultimately involves a process of psychic and spiritual repossession as opposed to the psychological alienation and breakdown of Conrad’s. Harris’s return to a pre-Columbian state thus contains a restorative potential, allowing him to imaginatively transcend the cycle of destruction and despair associated with slavery and colonialism. Harris’ departure from realism is crucial here: from his earliest essays Harris has twinned realism with the rise of empire. In the sequence of novels that follows Palace of the Peacock: The Far Journey of Oudin (1961), The Whole Armour (1962) and The Secret Ladder (1963) - collectively known as the ‘Guyana Quartet’ -  Harris extends this uncompromising anti-realist vision in which the composite, the protean, and palimpsestic are offered in place of the coherent, linear and logical structures of colonial narrative. Considered collectively, the Guyana Quartet explores alternative conceptions of community and psychic renewal as departures from the history of slavery and colonisation.

However, Harris’s art is ultimately less concerned with substituting a ‘good’ indigenous West Indian aesthetic for a ‘bad’ European one, then it is with a syncretic, if always precarious and provisional, recombination of the two. Palace of the Peacock has Donne as its central character: a name deliberately recalling the English metaphysical poet. Donne carries both destructive and creative capacities in the novel. Similarly, in the Carnival Trilogy (Carnival, 1985; The Infinite Rehearsal, 1987; The Four Banks of the River of Space, 1990), Harris offers New World versions of The Divine Comedy, Faust, and The Odyssey.

As such radical intertextuality suggests, there is a self-conscious artistry to Harris’s work, much of which dwells in a metafictional manner on the very process of writing and creation. In The Four Banks of the River of Space Anselm is an ‘engineer, sculptor, painter, architect, composer’, while the trilogy as a whole contains an ongoing dialogue between writer, editor and creative practitioners of various kinds. Nevertheless, and while many critics stress the dislocated and transcendental qualities of Harris’s fiction, his imaginative vision is not entirely eccentric or hermetic, but carefully grounded in the material and historical realities of our time. This is particularly evident in his work since the 1990s.

Jonestown (1996) takes as its point of departure the real life mass suicide instigated by the Reverend Jim Jones, deep in Guyana’s interior, in 1978. Perhaps because it seems more relatively rooted in reality than his other fiction, Jonestown has been one of Harris’s most popular novels to date, and was included in The Best Novels of the Nineties. Its traumatised narrator, Francisco Bone, is one of the survivors of the suicide, and through his errant imagination we recover the events leading up to the tragedy as well as the wider historical cycle that includes the rise and fall of pre-Columbian society.

Like Jonestown, The Dark Jester (2001) is inspired by a particular historical event: the tragic encounter between Atahualpa (the last Inca king) and the Spanish conquistador, Pizarro. The events of the novel unravel in the head of the modern-day dreaming narrator so that, like so many of Harris’ novels, the past continues to inhabit and haunt the present in a world where physical and metaphysical states and spaces combine. History is thus subject to a creative revisioning beyond the linear time of recorded colonial history in a manner reminiscent of his earliest work.

In Harris’s latest work of fiction, we are given a particularly condensed and meditative vision of the states between consciousness, dream and death via the perspective of a mortally wounded narrator, a South American who has been mistakenly identified and shot as a terrorist. Like his previous two works discussed above, The Ghost of Memory (2006) appears to have been sparked by identifiable historical events, recalling as it does the tragic shooting of Jean Charles de Menezes on the London Underground in 2005. Harris’s fictional protagonist falls through time and space into a canvas (‘Art in the City’) that is hanging in a gallery in an unnamed metropolis. As such it recalls Harris’s mid-career works in which we are offered ‘the novel as painting’ (see for example Da Silva da Silva’s Cultivated Wilderness (1977) and The Tree of the Sun (1978) where the narrator is a painter working on exhibition canvases.) The ‘narrative’ of The Ghost of Memory is comprised of his broken conversations with the figures in the painting, and with the visitors to the gallery  - including Christopher Columbus - with whom he debates the meanings of the art work around them. Harris has stated that The Ghost of Memory is his final work, and there is something about the brevity of the text that makes it feel like a condensed recapitulation of his major concerns to date, but this would be to neglect the way in which its shortness also signals the text as a provisional re-vision within what he has famously termed the ‘unfinished genesis of the imagination’.

@LitBritish What a longlist! Check out the 12 writers up for the 2020 @dylanthomprize Congratulations all! https://t.co/RKIGqgtqRE
(1 days ago)

@LitBritish RT @BritishArts: 'It's just one of those moments when things come to a very profound boiling point' @season_butler talks about the discove…
(2 days ago)