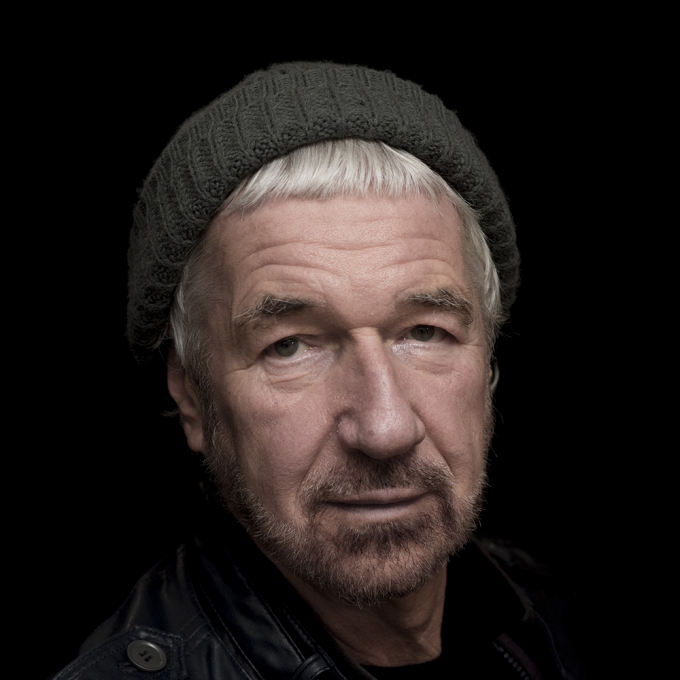 Willy Russell was born in Liverpool in 1947.

He became a hairdresser on leaving school, then undertook a variety of jobs, also writing songs which were performed in local folk clubs. He also wrote songs and sketches for local radio programmes. At 20 years of age, he returned to college and became a teacher in Toxteth, after which he began to become interested in writing drama.

His first play, Keep your Eyes Down, was produced in 1971, and he became well-known after his musical about the Beatles, John, Paul, George, Ringo … and Bert, ran for eight weeks at Liverpool Everyman Theatre. It was transferred to the West End and won the Evening Standard and London Theatre Critic Award for best musical in 1974.

Since then he has written several plays, including Educating Rita (1981), about a working-class woman who decides to study English with the Open University, and Shirley Valentine (1988), about a housewife who becomes transformed after a holiday in Greece.  Both plays were made into films from Willy Russell’s own screenplays, starring Julie Walters and Pauline Collins respectively, each actress winning an Oscar nomination, as did the author for best screenplay for Educating Rita. He has also written plays for television, including the well-received Our Day Out (1984).

Willy Russell has continued to write songs since the early 1960s. He wrote the lyrics and score for his popular musical Blood Brothers (1986), about a pair of twins separated at birth. The show has been playing in the West End since 1983 and has won 3 Best Music Awards and one Best Actress Award at the Laurence Olivier Awards.  He also wrote the score for Shirley Valentine, and for several other television series and plays. His first album, Hoovering the Moon, was released in 2003.

In 2000, Willy Russell published his first novel, The Wrong Boy. It is currently being adapted for television. He lives and works in Liverpool.

Willy Russell’s Rita and Shirley Valentine are two of the most memorable creations of recent decades.

Wise, funny and incessantly acerbic, they are irresistible, full of sarcastic zest and a melancholic longing for a different way of life, for new ways of seeing, for alternative expectations from the world around them; they speak to anyone born without an item from the cutlery tray in their mouth, to those who have lived beyond privilege.

Russell is a very British writer; he has the dry wit of Alans Bleasdale and Bennett, the sort of obsession with class and social problems you see in the work of Mike Leigh or Ken Loach, the constrained and peculiar sense of wry sentimentality prevalent in much of British writing, and an obvious affection for his characters, evident in everything from Shelagh Delaney’s A Taste of Honey to the songs of The Smiths.

The standard British writer-type - conventional, middle class-upbringing involving tutelage in private or public school of varying prestige, three year attendance at either one of the country’s premier universities, any number of years in waiting before being acclaimed as the new chronicler of London society - is the very opposite of who Russell is. He left school at the age of 15 with one ‘O’ Level in English language and became a hairdresser. When he was 20, he returned to education and went on to become a teacher. Encouraged by his wife, Russell began to take a fervent interest in theatre and started writing, first songs and later plays. He spent those years usually described as formative in the very opposite of an intellectual environment, and all his work is suffused with a respect for the world of work, with a railing against pretension, and a passionate enthusiasm for ideas.

Russell’s work has always been defined by its interest in what he has described as 'the poetry of common speech'. His characters are of the working class, often placed in trying circumstances. Through their actions, Russell derives his essentially warm yet never patronising comedy. He is undoubtedly an optimist; if one were to look for the exact polar opposite of Samuel Beckett the search could stop here. Russell cannot stray from his belief in a certain goodness at the heart of humanity; it is that he is able to communicate this with humour which makes his work so appealing. Without the humour, his work would be mawkish. With it, it is never less than stirring, and always moving.

Shirley Valentine (1988) and Educating Rita (1981) are Russell’s two most successful plays, which also became hit films. Both feature strong female characters and are, in essence, about the need to escape and the desire for self-transformation. Educating Rita was inspired by Russell’s experience of returning to education as a mature student, and uses the Pygmalion myth as source material. It is the tale of brash, spade-is-a-spade Susan White, a hairdresser who decides to call herself Rita and study English at the Open University. Although much of the comedy is derived from her naïve, uncritical responses to the great classics of world literature, none of it condescends to her, and given the air of pomposity that surrounds the study of writers (implied by the play rather than explicitly stated), Russell leaves us in no doubt that we should be sympathetic towards Rita. That he was able to achieve this is the primary reason for the play’s eternal charm and continued success. Educating Rita’s emotional punch comes from the desire of its protagonist to free herself from her situation and surroundings, to be more than others imagined she ever could be. The theme of flight, be it from the self, a situation or circumstance, is central to Russell’s other huge theatrical hit, Shirley Valentine. It takes the form of a monologue by a housewife before and after a life-changing Greek holiday, and begins with the now classic address by Shirley to a wall in her kitchen. Bored preparing her husband’s 'chips and egg', she undergoes an epiphany and comes to a new understanding of herself, both emotional and sexual, a self which has been frustrated by years of stagnant routine.

Fresh from the success of Educating Rita, Russell was commissioned to write a piece for Merseyside Young People’s Theatre, which visited schools in the area. This eventually became the musical Blood Brothers (1986), described by critic Sheridan Morley as 'undoubtedly the most exciting thing to have happened to the English musical theatre in years.' Blood Brothers is a modern-day prince and the pauper tale about twins born into a poor Liverpool family, only to be separated when their mother realises she cannot afford to keep them both. When they meet years later, they become great friends, but the story is not to end happily. It all turns on the eternal nature/nurture question, and generates passion in that it taps into our primal need to belong, to form part of a social group.

The Wrong Boy (2000), Willy Russell’s first novel, ten years in gestation, is one of the most memorable books of recent years. In Raymond Marks, Russell created a character who is more than ready to stand alongside Rita and Shirley Valentine. In choosing the epistolary form, Russell was able to ease his transition into the world of prose fiction: his first novel is essentially a series of dramatic monologues. Raymond, a 19-year old from Manchester, addresses his letters to his hero Morrissey. He is a natural misfit, and cut from typical Russell cloth. Working class, Northern, full of secret yearnings and longings, desperate to get out yet somehow resigned to being incapable of doing so, he is Rita and Shirley but with an extra dose of the pathetic. Whereas they possess some central core of inner strength, Raymond is, for much of the time, forever at the mercy of others, outside of control of his own life, misunderstood, drifting into patterns that people seem intent on creating for him. The Wrong Boy is a road movie of a novel, Raymond being en route from Manchester to Grimsby; and it is also a recreation of the past in which Raymond has suffered from misunderstandings so great that they have quite literally blighted his life. It is all written in one defiantly subjective voice. As Raymond takes us back and forth through his own madness we are forced to ask ourselves how much of it is real. The Wrong Boy is heartbreaking, funny, charming and absolutely compelling. However, Russell allows it to fall into too neat a trap at its conclusion, whereby coincidence, and the desire for a heart-warming conclusion contrive to produce an ending that falls into sentimentality. Yet there is something oddly satisfying about this, for so real is Raymond, that you cannot help but long for this kind of denouement, you care so much about him that you almost need the relief of knowing that everything might be all right.

Russell will perhaps forever be the kind of writer written about in vaguely patronising terms by the serious London press. He has been dismissed by some as 'the housewives' choice'. The only thing that can be said is that the housewives of Great Britain have commendable taste.