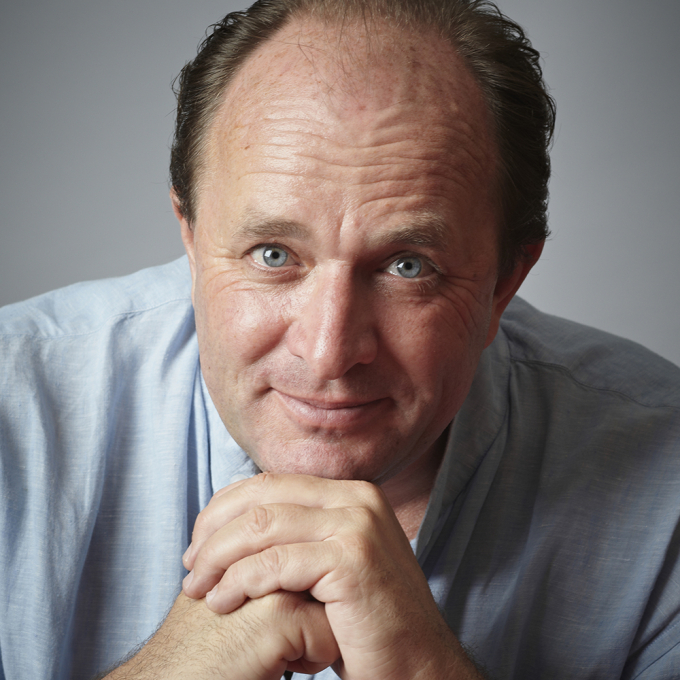 William Dalrymple was born and brought up in Scotland.

His next book, From the Holy Mountain: a Journey in the Shadow of Byzantium (1997), charts the demise of Christianity in the Middle East, and this was followed by The Age of Kali: Indian Travels and Encounters (1998), a collection of writings about India, which won the French Prix d'Astrolabe.

White Mughals (2002), the book which marked Dalrymple's shift from travel writing to history, won the 2003 Woolfson Prize for History, and the Scottish Arts Council Book of the Year Award. A stage version by Christopher Hampton has been commissioned by the National Theatre and the Tamasha Theatre Company.

In 2006, William Dalrymple published The Last Mughal: the Fall of a Dynasty, Delhi, 1857 to huge acclaim, topping the best seller lists in both the UK and India.

In 2002, he won the Royal Geographical Society Mungo Park Medal for his outstanding contribution to travel literature. In 2006 he was awarded the degree of Doctor of Letters from the University of St. Andrews for his services to literature and international relations. He is a Fellow of the Royal Society of Literature and of the Royal Asiatic Society, and lives between London and Delhi.

His latest books are Nine Lives: In Search of the Sacred in Modern India (2008), winner of the 2010 Asia House Award for Asian Literature, and Return of a King (2013) on the first Anglo-Afghan war, which won the Hemingway Prize and the Kapuściński Prize in 2015.

William Dalrymple is one of Britain’s most successful travel writers, whose highly entertaining books elegantly combine scholarship and story-telling, trans-cultural investigations and romance.

With his most recent books - the best-selling White Mughals (2002) and the lavishly praised The Last Mughal (2006) - he has become an authoritative historian of the ‘intimate’ relationship between the British and India. These books show great empathy with late Mughal culture, and prove his literary ability to re-construct a vanished world from detailed research among fresh archival sources. By doing so, he traces the origins of some of today’s political clashes between the West and East. White Mughals, for instance, an inter-racial love story set in Mughal Hyderabad and Regency London, seemed to him to ‘raise huge questions: about Britishness and the nature of Empire, about faith, and about personal identity’. Dalrymple often brings an intriguingly personal angle to bear on his subjects. While researching the book, he discovered that those who ‘attempted to bridge these two worlds’ included his own ancestors. Having divided his time between in Delhi and London since the 1980s, Dalrymple continues to be a well-connected commentator on Anglo-Indian relations, frequently speaking at literary festivals and conferences.

His first book, however, In Xanadu: A Quest (1989), by-passed India, and was based on notes and diaries he kept while exploring the route through Asia of Marco Polo’s journey to the court of Kubla Khan. It is a very funny account of the desperate difficulties and boredom of travelling, along with the beauty of landscapes and buildings – and the eccentricities of people. Dalrymple began as a disciple of travel writers such as Robert Byron and Patrick Leigh Fermor; the book has a youthful optimism and remains a joy to read. His companions are ‘fearless traveller’ Laura and the more delicate Louisa. They go indefatigably through Syria, Turkey, Revolutionary Iran, and Pakistan, ending in China and Inner Mongolia - becoming the first Westerners for over a century to see the ruins of Kubla Khan’s palace. Officialdom and illnesses are overcome, plus the perils of local buses, lorries, trains, and cars. There are some delightful comic scenes; as when in Kashgar an audience watches a dubbed James Bond movie, and in Turkey he and Laura demonstrate Scottish dancing to some bewildered men.

Dalrymple’s sense of the past and present interplay between culture, religion and politics advanced greatly with From the Holy Mountain; A Journey in the Shadow of Byzantium (1997). This book again travels ‘in the footsteps of’: the monk John Moschos, through Turkey, Egypt, Syria, and Palestine around 587 AD. This is necessarily a far less humorous narrative, with a spiritual dimension as he visits ancient caves, churches, monasteries and hermitages. It sympathetically portrays the civilization of Eastern Christianity, increasingly under pressure from Islam, observing the survival of ancient rituals amidst present day political tensions. Particularly fascinating is his visit to the buried city of Alexandria in Egypt, the greatest port of the Classical World. And Dalrymple is very good at conveying the shared early history of religions. In the region, he notes, ‘continuity has always been masked by a surface impression of cataclysm’. But, symbolically perhaps, his travels end at a remote Coptic Christian necropolis in the desert, feeling chill winds howling through the tombs.

City of Djinns (1993) was the first product of Dalrymple’s love affair with India, centring on Delhi, a city with ‘a bottomless seam of stories’. Shaped more like a novel than a travel book, he and his wife encounter a teeming cast of characters: his Sikh landlady, taxi drivers, customs officials, and British survivors of the Raj, as well as whirling dervishes and eunuch dancers (‘a strange mix of piety and bawdiness’). Dalrymple describes ancient ruins and the experience of living in the modern city: he goes in search of the history behind the epic stories of the Mahabharata. Still more seriously, he finds evidence of the city’s violent past and present day - the 1857 mutiny against British rule (anticipating The Last Mughal); the Partition massacres in 1947; and the riots after the assassination of Mrs Gandhi in 1984.

The very title of White Mughals indicates its subject: the late 18th- and early 19th-century period in India, where there had been ‘a succession of unexpected and unplanned minglings of peoples and cultures and ideas’. On one level, the book tells the tragic love story of James Kirkpatrick, ‘the thoroughly orientalised’ British Resident in Hyderabad and Khair, a beautiful young Muslim noblewoman. On another level, the story is about trade, military and political dealings, based on Dalrymple’s researches among letters, diaries, reports, and dispatches (much of it in cipher). Out of these sources he draws a fascinating picture of sexual attitudes and social etiquette, finding an ‘increasingly racist and dismissive attitude’ among the British ruling class towards mixed race offspring, after the rise of Evangelical Christianity. He paces the gradual revelations with a novelist’s skills, leading us on, after the death of Kirkpatrick, to ‘the saddest and most tragic part of the whole story’. The doomed lovers actually engender an optimistic coda, when their two children move to England. The daughter Kitty becomes a friend and muse of Thomas Carlyle, and re-establishes contact with her grandmother in India.

The Last Mughal can be seen as a sequel to White Mughals: ‘what happened next’ between the British and India. This is a large-scale and mature work of popular historical scholarship, reconstructing the Delhi of before and after the culture-shattering events of 1857. It focuses both on the city and its nominal ruler, the elderly King Bahadur Shah II – more of a poet than a politician – who had encouraged an artistic renaissance (including the poet Ghalib). Giving his reluctant approval to the rebels against the British, he set in motion the events that led to the city’s sacking and the expulsion of its Muslim inhabitants, thus altering its previous Indo-Islamic cultural mix. Dalrymple’s interpretation of previously untranslated documents in the Indian national archives offers a wealth of new perspectives on the Uprising and its aftermath. Inevitably, such an account of the conflict between Evangelical Christianity and Muslims brings to mind contemporary conflicts, and helps us to understand them. In his view, Western Imperialism and Islamic fundamentalism have long been ‘dangerously intertwined’. But the book makes its impact as much by its style as in its political and cultural arguments. It superbly evokes the lost civilization of old Delhi, with the multicultural sympathies of a writer who is at the height of his powers.

@DalrympleWill RT @EdwardGLuce: Deeply saddened to learn of the death of Edward Mortimer, one of the FT's finest commentators, stalwart of the United Nati…
(5 hours ago)

@DalrympleWill @shekharajha I'm getting in a muddle and you are quite right- India Discovered is indeed by John Keay and not Charles Allen. Mea culpa.
(8 hours ago)