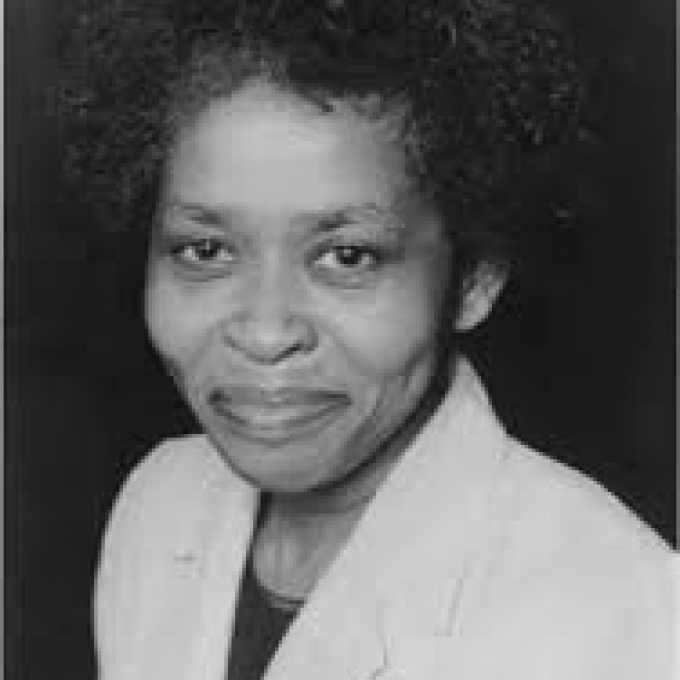 Valerie Bloom was born in Jamaica and came to England in 1979.

She studied English with African and Caribbean Studies at the University of Kent at Canterbury.

She writes poetry in English and Jamaican patois for all ages, and has performed her work throughout the world, with many television and radio appearances. Her poetry is included in a number of anthologies and she tutors regularly for schools and colleges.

Her books include the Jamaican poetry collections Touch mi! Tell mi! (1983); and Duppy Jamboree and other Jamaican Poems (1991); Hot Like Fire (2002), a collection of poems in English and Jamaican patois; and more recently, Whoop an'Shout! (2003).

She has edited several collections of poetry such as On a Camel to the Moon and other poems about journeys (2001) and One River, Many Creeks: poems from all around the world (2003). Her children's novel, Surprising Joy, was published in 2003.

Valerie Bloom has been awarded an Honorary Masters Degree from the University of Kent, and lives in Kent. In 2008 she published The Tribe and A Soh Life Goh and was awarded an MBE for services to poetry. Her latest collection, Jaws, Claws and Things with Wings, with the illustrator Matt Robertson, was published in 2013.

In volumes like The World is Sweet (2000), Hot like Fire (2002), and Ackee, Breadfruit, Callaloo: An Edible Alphabet (1999), Bloom skilfully combines modified Caribbean dialect with Standard English to create verse and rhymes which are at once sensuous, exuberant and vital. Her poems deal with a vast array of issues relevant to children: going to school, the fear of ghosts, playing games, learning to swim, and of course, the workings of language itself. Often deploying a riddle format which will be familiar to West Indian readers, as well as drawing on Jamaican oral and cultural traditions, her works speak to Britain’s Caribbean community while having a more universal appeal.

Her debut novel, Surprising Joy (2003), tells the story of migration from the Caribbean to England from a child’s perspective. Joy has spent her early years in Jamaica living with her grandmother and longing to join her mother in England. When her mum finally writes to ask Joy to join her the daughter’s dream comes true, but what she discovers on arrival is not quite what she expected. Surprising Joy offers a fresh perspective on a migrant story that is all too typically reduced to the viewpoint of adults. Similarly, in The Tribe (2008) Bloom handles the complex subject of colonialism by observing it through the youthful eyes of Maruka. Like Surprising Joy, The Tribe centres on a protagonist estranged from her mother, while emphasising the dual significance of personal reunion and communal unity in overcoming oppressive forces in society.

These are themes that recollect some of Bloom’s earliest poetry, which was frequently engaged in the very adult politics of black struggle within Britain in the late 1970s and 1980s. During this period Bloom was anthologised in some of the seminal collections of the time, including Let it Be Told (1987) and News for Babylon (1984). Her inclusion in the latter is particularly striking as she was one of just four women poets represented in an otherwise male dominated collection. Meanwhile, the early 1980s also saw the publication of her first volume of poems, Touch Mi! Tell Mi! (1983). Containing classics such as ‘Yuh Hear Bout?’, Touch Mi! Tell Mi! represents one of the most audacious and inventive experimentations with language, either in Britain or the Caribbean, during that decade:

Easily Bloom’s most anthologised poem, ‘Yuh hear bout’ works the tension between what gets said (and heard) in British society during the early 1980s, and what is actually going on. Ironically, by reporting what we don’t hear about in the media, Bloom cleverly documents the realities of racism at the time. Among other things the poem offers an expression of unity between Asian (line 2) and African Caribbean (line 4, 7) predicaments in the UK that was typical of the period.

It is important when looking at these poems in print to note the importance of orality and performance in the creative process. Not only are the majority of Bloom’s poems written or spoken in Creole dialect, they are poems produced for performance on stage as much as the page. As she describes the situation in Let it Be Told:

'The oral tradition seems to have been neglected or lost. My poetry appears to remind people of it. Especially when I perform to a ‘community audience’ rather than a poetry-going audience. I often find that people, older people in particular, are astonishingly gratified. This is clearly not just a response to my work as such, but it is because something has been restored which they felt they had left behind.'

As well as its restorative function, Bloom’s poetry was part of a more immediate political intervention at the level of language in 'eighties England, assigning a positive, affirmative role to ways of speaking viewed in negative or derogative terms by the dominant culture. Within this context, Bloom’s poems performed an important communal function by suggesting an intimacy between the speaker/poet and the reader/audience. As Denise DeCaires Narain puts it:

'Bloom creates a climate which suggests that performer and audience form a community with shared political values, consolidating the poet’s own political platform. In the poem ‘Yuh Hear Bout’, Bloom astutely and economically uses the phrase ‘yuh hear bout’, with its promise that a juicy bit of gossip is imminent, as a tellingly understated comment on racism in Britain. The speaker poses a series of questions which anticipate just responses to racism before cryptically commenting on the lack of such justice.'

Bloom’s popular and enduring poetic appeal is rooted in her ability to combine high political ideals without ever preaching. Her writing retains a lively sense of humour, and everyday humanism that cuts through or undercuts the easy oppositions of less accomplished protest poetry.