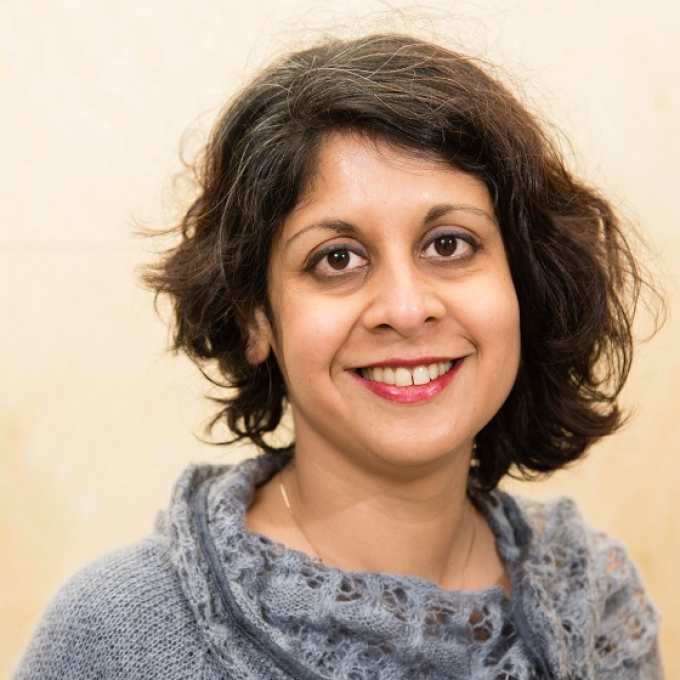 Vahni Capildeo was born in Port of Spain, Trinidad, in 1973, to Leila Bissoondath Capildeo and Devendranath Capildeo.

They moved to the U.K. in 1991 to read English language and literature at Christ Church college at the University of Oxford. Awarded funding from the Rhodes Trust to pursue doctoral research in Old Norse and Icelandic literature, they completed thei thesis ‘Reading Egils saga Skallagrimssonar: Saga, Paratext, Translations’ in 2000. Capildeo has held teaching and research positions at a number of universities across the U.K. including Cambridge (they were the Judith E. Wilson Visiting Fellow in 2014-2015), Glasgow, Leeds, Sheffield, Kingston-upon-Thames, and Greenwich. They have also worked at the Etymology Group and the Research Group at the Oxford English Dictionary and the Writers’ Team at the Commonwealth Foundation, and volunteered at Oxfam Head Office and the Oxford Sexual Abuse and Rape Crisis Centre. Capildeo has written numerous poetry pamphlets and books including Measures of Expatriation, for which they won the Forward Prize for Best Collection, Venus as a Bear (2018), and an unpublished autobiography, One Scattered Skeleton.

As reviewer, essayist, and editor, they have contributed to online and print publications including: adda, the Commonwealth Writers magazine, Caribbean Review of Books, Granta, Poetry Review, PN Review, Poetry Salzburg, and The White Review. Capildeo is currently a Douglas Caster Cultural Fellow at the University of Leeds and a mentor on the Ledbury national programme for emerging BAME poetry critics.

In Vahni Capildeo’s doctoral thesis on translation, they describe the relationship between source text and target text in terms of an interdependency that partially constitutes the identity of the translation. The reader of the translation who is not literate in the source language and cannot read the source text reads the target text and constructs an ‘imagined original’ as its source. Capildeo writes: ‘The imagined original enjoys, as it were, a huge space of existence. It can be anything, it will be as good as the reader needs or wants it to be: because the purpose of taking aim implied in the metaphor of “target text” where this is an imagined original cannot be to reach the target, but must be to create a horizon and carve out a certain space. The actual [source language] text, once reached, may be disappointing, because this is where things come to a point: reading stops here.’

A doctoral thesis on the translation of Old Norse and Icelandic literature may not be the obvious starting point for an introduction to the work of a contemporary Indo-Trinidadian-British poet, but Capildeo’s work invites readers to reconsider notions of obviousness, of clarity, of ease. If word, image, subject, or significance seem clear in one of their poems, we must not stop reading and bask in hermeneutic success – we must investigate the source of the light. (This metaphorical investigation is pushed to its limits in ‘Light and Dark’ [NTR], in which the sun is extraordinary and taboo, matches are ‘cruelly taxed’, and lamps contraband.)

In Capildeo’s thesis, they interpret source texts as ‘imagined originals’ to which readers may never return, an argument that may be transposed to their poetry, in which they explore the invention of origins, birthplaces, and homes by travellers, migrants, and expatriates. For Capildeo, home is not one fixed point or another, over there or over here, but ‘[an idea] constituted by the movement along paths’. Recalling the etymology of ‘translation’ as ‘removal or conveyance from one person, place, or condition to another’ – Capildeo’s work invites readers to recall etymologies, to refer to dictionaries and encyclopaedias, to make time for research and close reading – travelling itself is a process of translation, the idea of home partially constituted by that process. Further, there may be multiple ideas of multiple homes, as travellers’ attachments to and detachments from different places multiply. Capildeo’s work stresses the everydayness of such movements and multiplicities, the historical and contemporary causes and effects of globalisation, even for those who do not self-identify as travellers.

Capildeo’s first book, No Traveller Returns, and their most recent book, Measures of Expatriation, explore the historical, cultural, linguistic, and social conditions of processes of travel and translation. In ‘Fives Measures of Expatriation’ (MoE), Capildeo writes: ‘Language is my home. It is alive other than in speech. It is beyond a thing to be carried with me. It is ineluctable, variegated and muscular. A flicker and drag emanates from the idea of it. Language seems capable of girding the oceanic earth, like the world-serpent of Norse legend. It is as if language places a shaping pressure upon our territories of habitation and voyage; thrashing, independent, threatening to rive our known world apart. / Yet thought is not bounded by language. At least, my experience of thinking does not appear so bound. / Language is my home, I say; not one particular language.’

Language exists within and beyond social relations and communication; indeed, one may be alone in language, one may travel through language in solitude. Language can enable the ‘silence and space’ necessary for thought (‘Too Solid Flesh’ [MoE]), the abstraction and contextualisation necessary for dwelling, resting, and caring for oneself and others. The negation of ‘one particular language’ is critical – for Capildeo, language is always multiple, motile, transforming. They recall: ‘As a child, I believed that everyone “played poetry” at home. My mother recited poetry by heart (in French, various Caribbean dialects, and English), for the love of it, as did my father (in Hindi and English).’ Capildeo relates their love of language and poetry to their experiences of multilingual contexts growing up in Trinidad, and this memory indicates their sense of the potential for great comfort and great pleasure in linguistic and literary play.

Capildeo’s work is intellectually complex, densely allusive, and formally experimental. They slip between languages, from English to French, Latin, Scots; they use technical vocabulary from various contexts, such as lexicography, botany, physics. In addition to Old Norse, they make frequent reference to Hindu, Caribbean, Classical, and Medieval English mythology, literature, and art. Many poems are dedicated to family members, friends, academic and literary peers, and suggest memories, in-jokes, and gossip. Many poems return to particular obsessions: lightness and darkness, seas and trees, sleep and sleeplessness, music, isolation, wildcats (sometimes in domestic environments), monsters and the ‘Monstrosity of connections’ (‘The Monster Scrapbook’ [NTR]). Capildeo’s work invites readers to commit to reading – to work hard, to encounter and interpret the connections, to contribute their own readings. This commitment may be understood in terms of an ethics of reading and writing that is both rigorously self-imposed and generously offered to others.

Describing the process of writing their ars poetica – Dark & Unaccustomed Words, Undraining Sea, and Utter (listed in the order in which the trilogy was conceived, rather than the order of publication) – Capildeo explains: ‘I would write without mercy, in whatever register of language occurred to me, including mixing registers […] and sometimes mixing languages or traditions.’ They describe this process as writing ‘without mercy’, neither to themself, nor to their readers: ‘I have a sense of the living language running like a great swathe of light and time; it's a sort of mental image I've had from earliest childhood. It is the strongest thing in me and operates without kindness: there is a sense of what must be when I am composing and revising, a relentlessness and a rightness, a patterning.’ For Capildeo, listening, including, and actively attending necessitate this writing, in order ‘to try for an almost magical degree of empathy, the spilling of self into another or emptying of self to channel another.’ In returning the poet’s offer with time and attention, committed readers realise Capildeo’s understanding of poetry as ‘a natural expression of humanity that has not been brutalized.’

As this definition implies, neither poetry nor humanity can be understood in isolation from brutality. Capildeo draws attention to the everyday brutalities of social relations and political policies, especially regarding imperialism, exploitation, immigration, and racism. In an essay about citizenship, written after the results of the Brexit referendum, Capildeo describes ‘a kind of a trans-generational post-traumatic stress disorder’ that is experienced by those who live in the UK, but who are not identified with a particular definition of ‘Britishness’: ‘We settle here; but the ghosts of history, the oppressions, migrations, escapes, re-rootings, re-routings, betrayals and unlikely solidarities that occurred and do recur in our warring species, pop out and jangle us.’ British history, culture, and language is constituted by travel, by migration, by movements in multiple directions. Ignorance of this global interdependency, in favour of an ‘imagined original’ Britain, is devastating. Capildeo’s work demonstrates the realities, possibilities, and imperatives of interdependency. Combining global-consciousness with self-awareness, intellectual and emotional simplicity and complexity, intense love for others and desire for solitude, Capildeo’s work creates space in which readers may travel and translate, encountering and empathising with each other and within themselves.