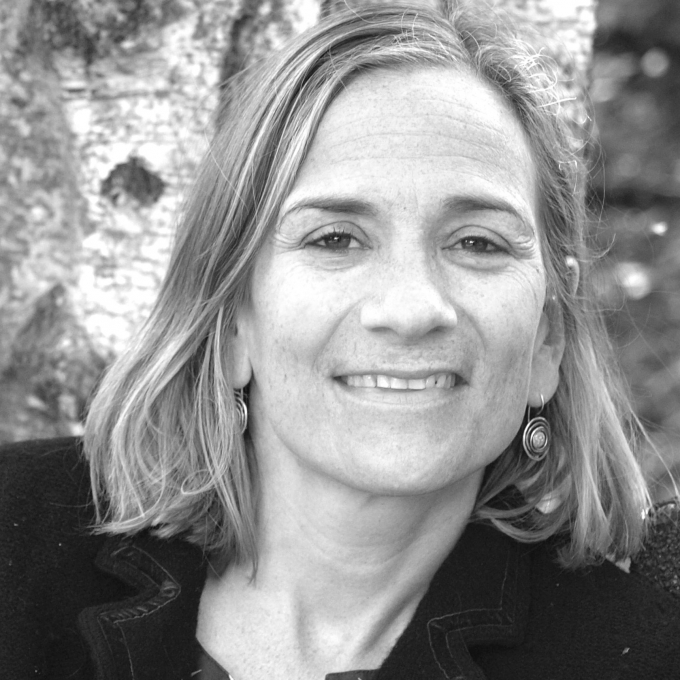 Tracy Chevalier was born in 1962 and grew up in the US.

She studied English at Oberlin College, Ohio and moved to England in 1984, where she has since lived.

She worked as a Reference Book editor until 1993, after which she studied for an MA in Creative Writing at the University of East Anglia. While she was studying, she began her first novel, The Virgin Blue, which was published in 1997, and was later republished. This was followed by further novels: Girl With A Pearl Earring 1999); Falling Angels (2001); The Lady and the Unicorn (2003); Burning Bright (2007), a novel about William Blake; and Remarkable Creatures (2009).

Tracy Chevalier's most recent novel is The Last Runaway (2013), about an English Quaker who emigrates to Ohio in the 19th Century.

Tracy Chevalier is, without doubt, best known for her hugely successful novel, Girl with a Pearl Earring (1999), which ingeniously combines historical fact with imagination to tell the story behind the painting of the same name by the 17th-century Dutch genre painter, Jan Vermeer.

Vermeer was an inspired choice as a subject because he is so enigmatic: very few biographical details are known about him, which allows plenty of scope for invention, and his paintings, though seemingly about everyday subjects, often have a mysterious, even poignant quality. It is difficult to look upon one of his works without both wondering at his technical skill and wanting to know more about the men and, more commonly, the women, who populate it. In the painting 'The Kitchen Maid' for example, one cannot help but speculate about what the maid is thinking as she hears the splash of the milk in the bowl; in the 'Lady in Blue reading a Letter' we ask ourselves if the letter is perhaps from an absent lover, our thoughts fuelled by a number of hints put in by Vermeer - an empty chair, a map of the world suggesting a lover in some far-off land, and the fact that the lady looks as if she might be pregnant.

Many theories have been put forward as to the identity of the subject in Girl with a Pearl Earring – some have said it was Vermeer’s daughter Maria, wearing a whimsical Turkish head-dress that was found amongst Vermeer’s belongings when he died; others have suggested that it might even have been his wife, but Chevalier chooses as her model Griet, a servant girl in the Vermeer household. The novel traces the execution of the painting, the parallel growth of feelings between the artist and his subject and the consequential development of suspicion and jealousy amongst other members of the household. The importance of feelings between an artist and his model seem to exercise a particular fascination for the human psyche that perhaps originated with the muses of classical literature and has continued through the enigma of the Mona Lisa, the prostitutes of Toulouse-Lautrec, and Gauguin’s Tahitians to portraits by modern artists such as Hockney or Bacon.

It is difficult to think of Chevalier’s novel without comparing it to the other historical best seller about an artwork published in the early 1990s, The Da Vinci Code, but in fact the two novels are very different. Dan Brown’s novel is a sort of whodunit where historical fact is entwined with events in the present day, a story with a final climax. Chevalier’s work is set wholly in 17th-century Holland, and is much more subtle. Through painstaking and accurate research, Chevalier takes her reader into a craftsman’s home in Delft (painters in Holland at this time were very much seen as artisans rather than artists) and sets her story firmly within the society of the time with the social pretensions of patrons and merchants, its class barriers and social brutality. The crux of the story is not in its outcome but in its telling, in the way that Chevalier builds up mood by brushing historical detail on historical detail, adding small drops of illumination to highlight the canvas just as Vermeer did with his own paintings.

Although by far her most successful book, Girl with a Pearl Earring was not Chevalier’s first novel. On graduating with a master’s degree in Creative Writing from the University of East Anglia, a course that has fostered the talents of a number of important contemporary writers such as Kazuo Ishiguro and Trezza Azzopardi, her first published work was The Virgin Blue (1997). This tells two parallel stories of Isabelle, a 16th-century Huguenot woman from the Cevennes region of France who is forced to flee with her family from religious persecution into Switzerland and set up home in an alien environment and Ella, a 20th-century American woman of French descent who moves to the medieval town of Lisle-sur-Tarne and begins to look into her ancestral past. The wonderful thing about Chevalier’s books is that the reader always comes away with an insight into something new. In The Virgin Blue, we learn much about life in 16th-century rural France with its superstitions and religious conflicts. All this is dispersed with fascinating details about ancestral research and what it is like to live as an outsider in small-town France, along with a few pithy criticisms of national stereotypes and some marvellous descriptions of the contrasts between the French and Swiss countryside. One of the strongest images of the book is the depiction of the long winters that Isabelle’s family have to spend in their new home in Switzerland without the comfort of the type of stone hearth they are used to from home but which are not the norm in Swiss houses in that area.

In her next novel, Falling Angels (2001), Chevalier takes her readers to early Edwardian London. The novel opens at the beginning of 1901, just after the death of Queen Victoria, a time of great social ferment in England. It follows the fortunes of two middle class families who live in the same street and have their family graves in the same cemetery. Much of the action takes place in and around the cemetery and the novel offers fascinating insights into the Victorian and Edwardian obsession with grief, mourning and death, including details about gravedigging, the administration of cemeteries, funerary architecture and the etiquette of mourning, such as the types of clothes to be worn during and after the funeral. Lavinia Waterhouse, the 11-year-old daughter of one of the families, writes a manual, for example, where she records the very strict social rules concerning a death in the family that were to be followed by any self-respecting 'decent' family of the time. Modern readers will be surprised to find out the length of mourning for various relatives was: for a husband – 2 years; for a child or a mother – 1 year; for brothers and sisters – 6 months; for grandparents – 6 months; uncles and aunts – 2 months; great-uncles and great-aunts – 6 weeks; first cousins – 4 weeks; second cousins – 3 weeks. They might also be surprised to discover that cremation, a common practice nowadays, was only just coming into fashion at the turn of the century and was still thought by many to be an unnatural, heathen practice.

Chevalier’s novel, The Lady and the Unicorn (2003), returns to the world of art history for its inspiration. It is set in the last decade of the 1400s and revolves around the creation of a series of tapestries known as the Lady and the Unicorn which are now in the Museum of the Middle Ages in Cluny, Paris. The action of the novel moves between Paris, home of the nouveau riche nobleman who commissions the tapestry and the arrogant, promiscuous artist Nicholas des Innocents whom he engages to do the original drawings, and the workshop in Brussels where the master-weaver Georges de la Chapelle and his household spend two years of their lives executing the tapestries. As always, Chevalier’s two most prominent skills – that of being able to deftly handle changes in scene, in this case between Paris and Brussels, and her rigorous attention to detailed research -are evident. Yet again, Chevalier proves to have a strong eye for detail and a marked talent for explaining to her audience the differences in behaviour and expectations of the various social classes of the time. She also opens up for the layman the fascinating world of tapestry making – of how the wool is spun and dyed, of how it is mounted and worked on the frames and how the weavers work on just one section at a time, not seeing the whole picture until the 'cutting off', a day of great celebration. Also entrancing are the descriptions of the plants grown in the tapestry maker’s garden by his blind daughter and used as inspiration for the symbolic flowers in the millefleurs  backgrounds of the tapestries: violets, lily of the valley, periwinkles, foxgloves, speedwell and marigolds, the columbine, which symbolizes the Holy Trinity, the iris and lily representing the innocence of the Virgin Mary and the narcissus for self-adulation, to mention just a few. After reading Chevalier’s book we can never look at tapestries again without returning in our minds to her descriptions, and the work must surely have inspired many a visit to the Museum of the Middle Ages in Paris to see the original tapestries in their glory.

@Tracy_Chevalier Calling all UK science educators: I'm speaking about fossils and camera obscuras at the ASE conference on 7 Jan 202… https://t.co/7lY9Z9NfxS
(1 days ago)

@Tracy_Chevalier Thrilled for Morocco. I do like an upset #WorldCup2022
(3 days ago)

@Tracy_Chevalier Roman hearts at @DorsetMuseum If you like Roman mosaic, you should be beating a path to this museum! #mosaicmonday 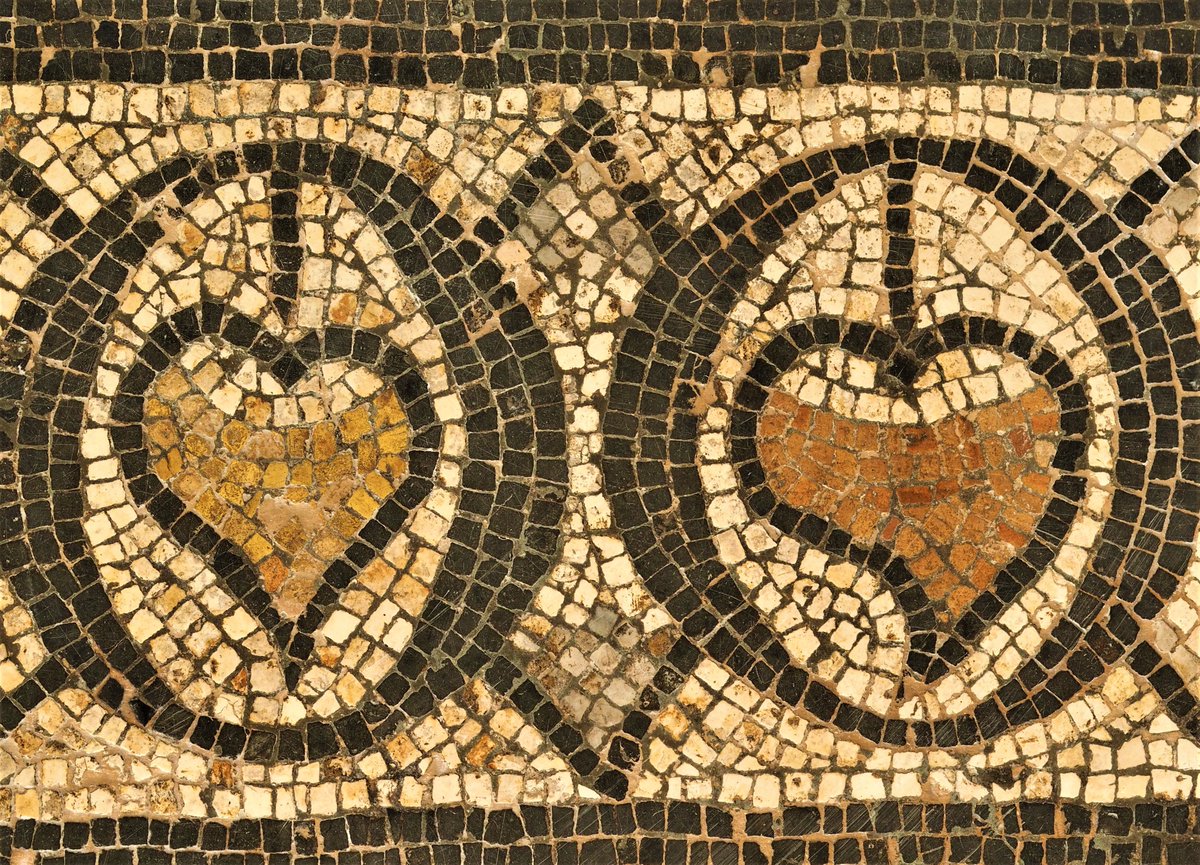 @Tracy_Chevalier @LissaKEvans I often murmur to myself 'Trubba not' a la Ridley. Amazing and underrated novel
(6 days ago)