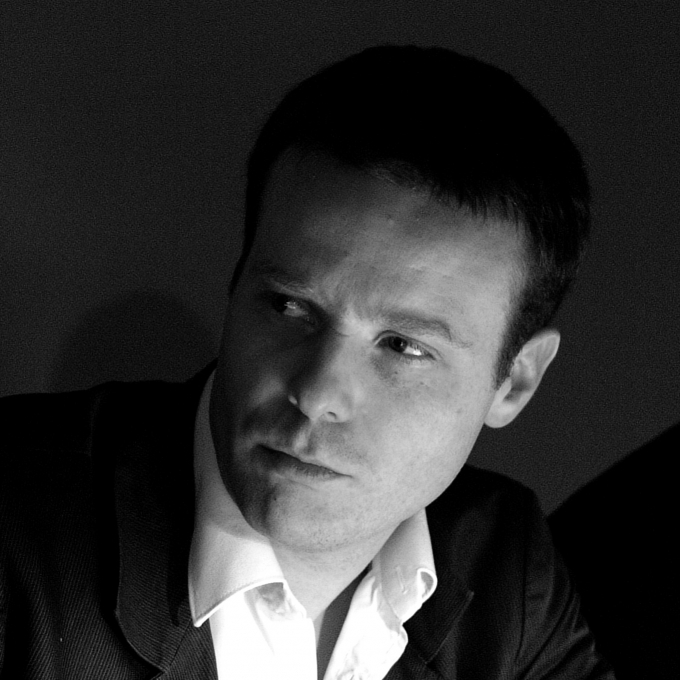 Tom McCarthy was born in 1969 and grew up in London.

His debut novel, Remainder, was initially rejected by mainstream publishers before being published in 2005 by a small Paris-based publisher, Metronome press. Following widespread critical attention, the novel was re-published by Alma Books in 2006.

He has followed Remainder with further novels, Men in Space (2007) and C (2010). In 2015 he published Satin Island. He is also 'General Secretary' of the 'semi-fictitious organisation', the International Necronautical Society (INS) under which name he has exhibited art around the world.

A fluent commentator on both written and visual arts, Tom has made guest appearances on BBC Radio 4’s Today programme, and writes for a wide variety of print publications such as the Independent, London Review of Books, TLS, and Another Magazine. His non-fiction book Tintin and the Secret of Literature (2006) was praised as an innovative work of literary criticism.

Tom McCarthy, whose third novel, C (2010), was shortlisted for the Man Booker Prize, has been hailed as one of the most brilliant and original writers of his generation. However, it took the publishing world some time to recognise his talent and take a chance on publishing this innovative and experimental new writer. In an interview with Christopher Bollen, McCarthy informs us that the first novel he wrote was Men in Space (2007), which he completed in 1999, though it was actually the second to be published, after Remainder (2005). With both these novels, McCarthy struggled to find a willing publisher:

'Someone at Fourth Estate was going to [publish Men in Space]. The editor just said, 'Yep, yup, we'll do it,' and I thought, 'Wow, this is easy'. A few weeks later, he said, 'No, I've been overruled, I can't do it'. This happened at three or four publishers. No one would do it. So I just put it in a drawer. I wrote Remainder, and no one would do that either.' ('Tom McCarthy is no longer a well-kept secret', Interview Magazine, accessed online, http://www.interviewmagazine.com/culture/tom-mccarthy#)

Eventually, in 2005, a small Parisian art press, Metronome, agreed to print 750 copies of Remainder. This was enough to attract the attention of British literary critics, who acclaimed McCarthy's originality. Remainder was then re-published in the UK by Alma Books (2006) and in the US by Vintage (2007).

Having taken several years to reach the book stores, Remainder was then immediately acclaimed for its darkly humorous and satirical contemplation of modern life, the nature of identity and one's sense of reality, and one man's obsessive need to be in control. The novel's unnamed narrator has been involved in an accident. As he tells us in the opening, he has only a vague recollection of what happened, and his contemplations playfully examine the nature of the mind and the reliability (or unreliability) of each person's interpretation of reality:

'About the accident itself I can say very little […] It involved something falling from the sky […] It's not that I'm being shy. It's just that - well, for one, I don't even remember the event. It's a blank: a white slate, a black hole. I have vague images, half-impressions […] But who's to say that these are genuine memories? Who's to say my traumatized mind didn't make them up, or pull them out from somewhere else […] Minds are versatile and wily things.' (p.5)

After months in a coma, followed by months of re-learning to use his body, he receives £8.5 million in compensation. However, he struggles with post-traumatic stress and finds himself increasingly isolated and disconnected from the world around him, having lost the ability to simply 'be'. In an absurdly surreal manner, which would become typical in McCarthy's fiction, the narrator subsequently spends his millions re-enacting vague memories from the past, desperately trying to create for himself a sense of authentic experience, of 'just being', which continually eludes him. His obsession with re-enactment becomes an all-consuming addiction: having initially started out with trivial events such as the smell of frying liver and cats sleeping in the sun, he then veers into more disturbing memories such as a shooting and a bank robbery.

The novel's questioning of the nature of reality - which even suggests that the narrator may be dead and re-enacting from beyond the grave - is sharp, insightful and philosophical, yet, like McCarthy's subsequent novels, it is also an accessible read. Remainder, likened to the work of Beckett, has been acclaimed as 'a refreshingly idiosyncratic, enjoyably intelligent read' (Guardian, Patrick Ness, 12 Aug 2006).

McCarthy then re-wrote his first manuscript, Men in Space, and, after the success of Remainder, had no difficulty getting it published. In contrast to Remainder, which focuses intensely on one man, Men in Space features an array of diverse characters, although, as Lee Rourke comments, the themes of isolation and disconnection are just as potent: '[…] we are treated to a cacophony of voices, accents, languages and dialogue in myriad forms […] Men in Space follows a gaggle of characters set adrift within a fragmenting world […]' (Observer, 9 Sept 2007). The setting is Prague following the fall of communism, just before the creation of the new Czech Republic, and the 'cacophony' of characters includes artists, critics, gangsters, political refugees and a Bulgarian football referee, all of whom are confused and alienated, not just in terms of current political events but also on a deeper existential level.

The central story features Nick, an art critic, and his flatmate Ivan, an artist, who is approached by a group of gangsters who want Ivan to forge a copy of a stolen Medieval painting of a saint. In the background is a Soviet cosmonaut stranded in space - now that the Soviet Union has been dissolved, the cosmonaut belongs to no-one, and the newly formed states are unwilling to pay the cost of bringing him back to earth. The image of the abandoned man floating in space and uncertain of where he belongs is somewhat farcical, but also extremely poignant, symbolising dislocation and confusion, as Alfred Hickling notes:

'McCarthy's multi-levelled story-telling method seems to signify his own aspiration to narrate transcendence […] [Men in Space] fixes upon the image of levitating saints and abandoned cosmonauts locked in elliptical orbits, while the Soviet bloc splits apart […]' (Guardian, 15 Sept 2007)

C (2010), which has been likened to the work of Joyce, Beckett and Pynchon, is even more ambitious than its predecessors - it has been hailed as 'an avant-garde masterpiece' (LA Times, 12 Sept 2010), 'a rigorous inquiry into the meaning of meaning' (New York Times, 8 Sept 2010) and 'a cryptic, ornate puzzle box […] perched at the crossroads of science and the stuff dreams are made of' (Publishers Weekly, 26 July 2010).

Its protagonist is Serge Carrefax, born in England in 1898 to a deaf mother and an eccentric father who runs a school for the deaf as well as experimenting with the new technologies of wireless communication. Serge develops his father's obsession with technology, and when he serves his country in WWI, he works as a radio operator. Later, in 1922 - the year which saw the publication of two landmark modernist publications, The Waste Land and Ulysses - Serge is sent to Egypt to set up a new international communications network. All the while, Serge is struggling with the devastation of his beloved sister's early death - she was the only person with whom he had a real connection, and his subsequent immersion in technology, signs and codes takes him further and further away from 'real' life and authentic human interaction.

C confirmed McCarthy's ingenuity and brilliance as both an 'ideas' novelist and a masterful storyteller. Beth Jones comments on McCarthy's extraordinary ability to write novels that are sophisticated and complex in their subject matter, yet simultaneously offer an enjoyable, captivating read: 'McCarthy has been hailed as the future of fiction; spoken of in the context of post-humanism, post-structuralism, Kafka, Beckett and Pynchon.' Yet C is also 'a beautiful, accessible novel with a thrilling tale which should be read and enjoyed as much as dissected and discussed' (Telegraph, 15 Aug 2010).