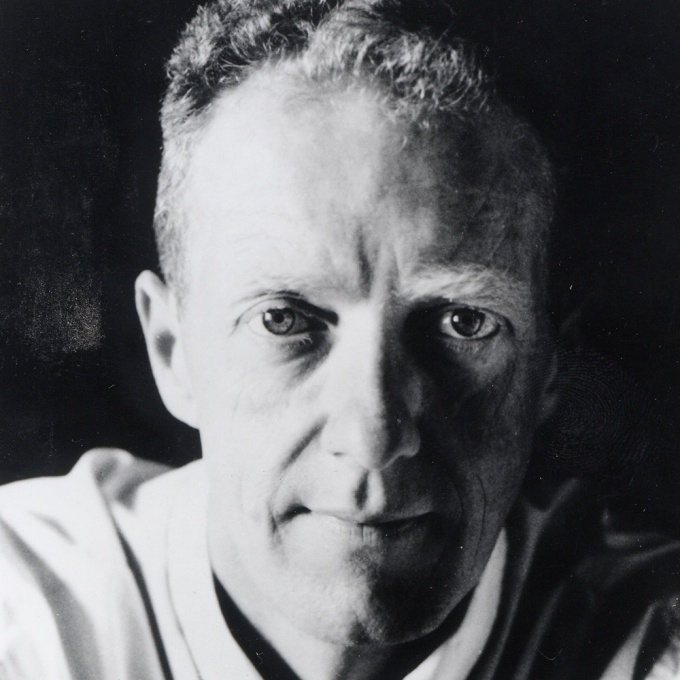 He graduated from the National Film and Television School in 1993. His first novel, In the Place of Fallen Leaves (1993), won both the Hawthornden Prize and the Ruth Hadden Memorial Award. His second novel, In a Land of Plenty (1997), was filmed for BBC television and first screened in 2001. A Revolution of the Sun (2000), weaves together the stories of seven disparate characters whose lives are changed irrevocably over the course of a year. Wake Up (2002), is a tale of genetic engineering and one greengrocer's dream of edible vaccines.

The impact of Tim Pears’s first novel, In the Place of Fallen Leaves (1993), was remarkable.

The novelist A. S. Byatt wrote that it was ‘constantly new and inventive’; its imaginative energy reminded her of that of Dickens. Other reviewers have drawn comparisons with Marquez, Proust, Faulkner, Balzac and even H. G. Wells.

In the Place of Fallen Leaves is set in the mid-1980s, during the ‘hottest summer of the twentieth century’, in a small Devon village. Its central character is Alison, a 13-year-old who lives with her grandmother, brain-damaged father, work-worn mother and siblings on their farm. Alison takes us inside her world with clear-eyed honesty and proves a beguiling narrator who never misses a detail, although the novel also employs other viewpoints – that of the village rector, for example, a multi-layered and sympathetic character ‘who could never fully relax and submit himself to the will of God’.

While the story draws on aspects of the author’s own childhood in rural Devon, Pears has said he was also ‘trying to create a microcosm of society in a place where you’d least expect it to be’; his intention was to show ‘what was happening in the wider world’. His four subsequent novels each reflect in different ways his interest in ‘the interweaving of the personal lives of individual people with wider trends and greater events’.

In a Land of Plenty (1997), the second in his self-declared ‘English trilogy’, is in some ways a more ambitious book than In the Place of Fallen Leaves. Made into a BBC2 television serial, it follows the fortunes of the Freeman family, from the early successes of larger-than-life industrialist Charles through the varying joys and miseries of his wife, four children and an assortment of other characters. The story is focused for the reader through the indirect discourse of middle son James, a photographer who feels ‘hollow’ and is never quite able to settle and find lasting happiness.

Pears’s third novel, A Revolution of the Sun (2000), won less acclaim from critics, due perhaps to what one reviewer called its ‘slightly mad multi-plotting’ (Ian Sansom, The Guardian, 31 August 2002). Set in 1997, it juggles the stories of several characters, among them blonde wrestler Martha Polkinghorne, pregnant Rebecca Menotti, the albino crippled child Ben O’Brien, and Sam Caine – an amnesiac who carries a notebook which reminds him who he is. As the pathways of these characters converge, Pears aims to demonstrate ‘the anatomy of a nation in flux’ and to depict England as a more fragmented society than in his previous books.

The author continued his fascination with grand, panoramic themes and expanded his work into a mode of dark satirical comedy in Wake Up (2002) and Blenheim Orchard (2007). Wake Up is Pears’s shortest book, an ‘ideas’ novel about the benefits and pitfalls of scientific enquiry, inspired by the birth of his own first child and the breaking of the code of the human gene. Its narrator is John Sharpe, who drives around a ring road while ruminating on the part he has played in the death of two Amazonian tribes people in trials for an edible plant vaccine. Pears puts views opposite to his own in Sharpe’s mouth, both in terms of his family relationships and his attitude to ‘progress’, and has said he enjoyed creating an argumentative narrator: ‘I argued with [him] all the way through the book’.

Blenheim Orchard again tells the story of a family, this time in hyperrealist style and within a more specifically located modern-day setting. Ensconced in their north Oxford life, the five-strong Pepin family hatches a plan to go to South America, where as a young man the father, Ezra, wrote an academic thesis about a remote tribe. The hope is that the change will get them out of a rut, but the answers are not as simple as they appear: ‘Here, painstakingly outlined in all its ambiguous glory, is that distinctive brand of Thames Valley liberalism which combines right-on credentials in all the good brave causes with an absolute determination to please oneself’ (D. J. Taylor, The Independent, 16 March 2007).

Pears, who has taught creative writing since 1995 and has been a Royal Literary Fund Fellow at Oxford Brookes University, studied film at the National Film and Television School and was influenced in his teens by reading his father’s collection of Russian novels. These and other experiences give him an unusual breadth of vision, a desire to encompass a wider range within his fiction than other writers attempt. Recognisable themes include a preoccupation with the transition from childhood freedom to adult responsibility; an interest in ‘the incestuous impulse’ (Hilary Mantel, The Guardian, 24 March 2007); and an ambivalence about the role, or absence, of mothers.

Although Pears has paid tribute to the skills of his editors (his first agent told him In the Place of Fallen Leaves was ‘far too long’), the quality of his writing is evident in the vigour and authenticity of characters such as his teenage narrator Alison. ‘One day in June mother said she was going to kill a scrawny, featherless chicken that was being picked on by the others, and I thought I’d surprise her. I cornered it in the yard and tried to wring its thin neck like I’d seen her do so often. It wasn’t difficult. But then instead of dying it jumped up and beetled around the yard making a hell of a racket, with its head lolling to one side. Mother came out and finished it off with a cleaver, and forbade me to touch the chickens again. “Just collect the bloody eggs, girl!” she shouted. “Can’t you do nothin’ right?”’

This first work, with its charged coming-of-age summer, remains among Pears’s best, combining his strength in creating imagery and atmosphere with a compelling plot and memorable characters. Above all, he is a superlative storyteller, skilled at weaving together divergent plot threads without losing the central thrust of his tale.

'Our lives may be judged by how much, or how little, cruelty we inflict on others. If a reader comes to empathise with characters in my books, and then extends that understanding to real human beings, then that reader and I have achieved together more than either of us had a right to hope for. Also, putting together sentences, pen and paper my chisel and plane, is an endlessly hard and pleasing venture.'

@LitBritish 250+ writers and performers will appear online at #HayFestival2021 26 May-6 June. Explore the programme:… https://t.co/fa29qYHuGN
(1 days ago)