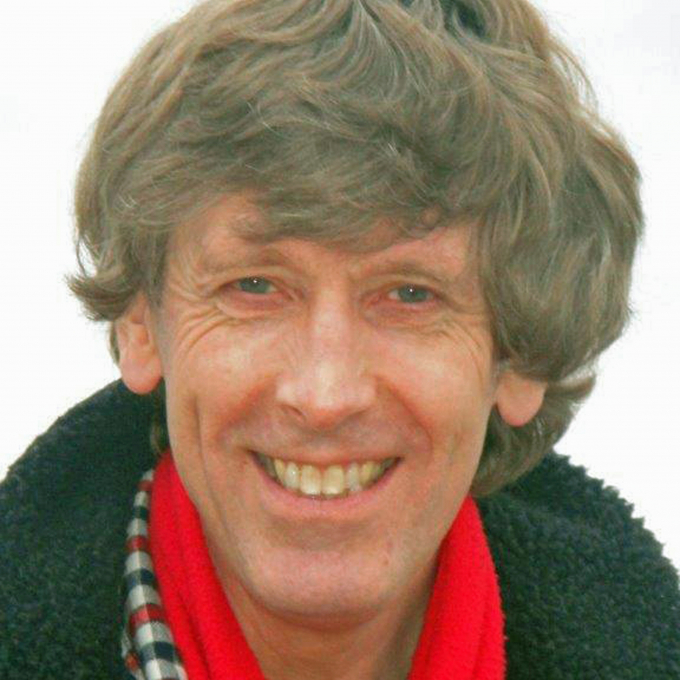 Tim Bowler is the author of several prize-winning books for children, teenagers and young adults.

His novels have been described as psychological, mystical and philosophical adventure thrillers. He was born in Leigh-on-Sea, and studied Swedish and Scandinavian Studies at the University of East Anglia, undertaking a variety of jobs before becoming a full-time writer in 1994.

His first published novel was Midget (1994), a psychological thriller set in Leigh-on-Sea. This has been followed by several other novels: Dragon's Rock (1995), a thriller set in Devon; River Boy (1997), a story about love and bereavement and winner of a Carnegie Medal; Shadows (1999), a gritty love story; Storm Catchers (2001), a kidnap thriller; Starseeker (2002), a mystical exploration of love, loss and music, also made into a play; Apocalypse (2004), an allegory about the future of mankind; and Frozen Fire (2006), a philosophical thriller about the nature of reality which won several awards.

He is also the author of two shorter illustrated ghost stories, Blood on Snow (2004) and Walking with the Dead (2005), together forming Tales from the Dark Side. In 2005 he also contributed a short story to Higher Ground, stories of children who survived the 2004 tsunami.

His 'Blade' urban thriller series centre upon a feral 14-year-old boy on the run from criminal enemies and the police and his most recent novels are Buried Thunder (2011), in which a young woman’s claim to have discovered bodies in a wood sets off violent consequences, Sea of Whispers (2013), a darkly poetic tale set on the remote island of Mora, Night Runner (2014) and Game Changer (2015).

Sea of Whispers (2013) has the hallmark and compulsive readability of his best writing, creating an atmosphere of psychological and dramatic tension for its darkly poetic tale set on the remote island of Mora. Its heroine Hetty is a young girl who claims to see faces in a piece of sea-glass, and whose rebellious attitudes towards elders puts her at odds with the small community. She hears whispers from the sea and ‘rougher voices griping in the deep’ during a disastrous storm. When an old woman is rescued from a boat wrecked by shoreline rocks, Hetty forms a mysterious bond of sympathy with her. Resented for her visions and premonitions, Hetty must find the courage to act upon her conviction that it’s ‘almost like she’s come through all this just to find me’.

Bowler’s observations of the natural world go alongside evocative suggestions of the supernatural throughout many of his works (the exception being the Blade series of urban crime action thrillers). He has recurrently summoned up the ‘wraith’, a folklore figure meaning a ghost or apparition appearing near the time of a person’s death. A great example of this occurs in his Carnegie Medal-winning early novel River Boy (1997). This concerns an irascible elderly painter, also Jessie’s beloved grandpa, who insists upon a family holiday in the rural area where he spent his childhood – despite a recent severe heart attack. Once there, Jessie becomes his muse as well as nursing grandpa through increasing frailty in order to finish his last painting. Meanwhile, she becomes disturbed but excited by her sightings of an unknown boy swimming in the local river. By seeking him out, Jessie comes to an understanding of mortality and of her father’s troubled emotional relationship with the old man.

Family secrets and the consequences of long-buried emotional traumas are persistent Bowler subjects, as in the highly charged scenarios of Shadows (1999) and Storm Catchers (2001). In Shadows, squash player Jamie is unable to accept his father’s ‘relentlessly unforgiving standards’, and must endure the physical punishment he inflicts. A chance encounter with a homeless and pregnant teenage girl enables Jamie to gain new life perspectives as he desperately seeks to help her escape the clutches of violent men pursuing them. Storm Catchers is a kidnap drama about a young girl being abducted by a disurbed teenager and held for ransom near an abandoned Cornish lighthouse. The supernatural elements come from her baby brother’s visions of a little girl urging him to ‘come and play’, and from the pendulum dowsing that her elder brother employs in order to try locating her. There’s an exciting sea-borne climax in which the reasons for the abduction are revealed, reasons that inevitably test the family’s unity.

The Blade books are rather different from Bowler’s other works, a series of short crime action thrillers set in tough urban areas, especially ‘The Beast’ or London. Secondly, it has first-person narration by Blade himself, a 14-year-old boy on the run from the police and from criminal gangs. His monologue is anxiously addressed to ‘you, Bigeyes’ (perhaps the reader) and animated by continual references to ‘grunts’, ‘grinks’, ‘muffins’, ‘nebs’, ‘spikes’, and of course ‘the porkers’ (that is, police). The tale he has to tell is a shockingly violent one. At the opening of Breaking Free (2009), Blade is in hospital after being stabbed in the head but is soon fighting for his life with a gangster. After seeking ‘snug’ (refuge) with his old ‘dunny’, the landlady is soon found strangled. Blade is in a constant state of flight, not only from his pursuers but by his own past as an abused orphan: ‘it’s like I’m made of tears’. He trusts and loves very few people. But by the conclusion of Fighting Back (2009), he carries out an audacious car-jacking plan to get back his murdered girlfriend’s child from the gang that is holding her.

As its title suggests, Bloodchild (2008) again concerns children and violence. At its enigmatic opening, Will is lapsing in and out of consciousness (after, we later later learn, being hit by a car). Afflicted by memory loss, he has to rebuild his relationship with his anxious parents and try to understand his visions of ‘shadowfaces’ and a girl who ‘had called him back from death’. Will is befriended by a local tramp living on the beach who has been taking care of ‘Muck’, a traumatised youngster. When the tramp is found dead, and despite being attacked himself by men in balaclavas, Will struggles to convince the police to take seriously the tramp’s claim that there is ‘real evil here. And it’s something to do with Muck’. Again, the gradual revelations and action scenes are well choreographed towards a tension-driven climax.

Maya in Buried Thunder (2011) is yet another of Bowler’s teenage characters who are both psychic and psychologically disturbed, thereby disturbing the locals. Her parents having recently taken over ‘The Rowan Tree’ hotel and restaurant, their efforts to make it pay are not helped by Maya’s nightmares and claims of seeing bodies in the nearby wood. She’s also afflicted by sightings of a strange fox and the unwanted propositions of local lothario Zep. The police are sceptical about her until the mutilated body of a woman is found, identified as a former owner of ‘The Rowan Tree’. The race is then on, not only to catch the murderer but prevent the fulfillment of Maya’s premonitions of further bodies being found.

Tim Bowler’s teenage characters, family dilemmas, and disturbing scenarios have developed during an ongoing considerable body of work. Underlying his stories are numerous elements associated with folklore. The supernatural goes alongside revelations of crime and cruelty, whether located within the family or encountered in the wider world, and form serious subject matters. Equally striking are the poetic qualities of his writing - evocations of forests, seas, lakes and rivers - depicting the natural world in its beauty and ferocity. All this makes him a superb storyteller, one whose mastery of cliff-hanging chaper endings and page-turning tension have deservedly brought him a wide readership.

Writing is my life. I have lots of things I love doing but for me writing is special. I've written stories all my life. I'm a storyaholic. I believe in the power of stories to move us, entertain us and transform us. To me, writing is as much about listening as it is about putting down words. I start from characters and settings. If the characters and settings are strong enough, then I usually find the plot reveals itself, albeit through a sometimes laborious series of rewrites. Some people think there must be a set of rules for writing but the truth is there aren't any. It's more like tickling trout, holding your hand out and trying to coax the ideas to swim into your grasp; or being a potter, throwing the rough clay of your thoughts down and letting the story twist out under the palms of your hands; or being a sorcerer, stirring the cauldron of your imagination and watching the vapour of the story rise. Writing is the physical form of your inner life. It's something you never bottom, never crack, never stop learning about. And that's why I love it.

@tim_bowler RT @uksla: We're delighted that our SLA Patrons are helping us celebrate our 85th birthday! 🎈 Exclusive quotes from @jabberworks, @tim_bo…
(3 months ago)

@tim_bowler Just want to share the READ FOR REFUGEES SUNFLOWER CHALLENGE. Great initiative from @uksla and if you want four mi… https://t.co/SIdOMZ3DxB
(4 months ago)

@tim_bowler .@BorisJohnson and @rishisunak broke the law. They have to resign. #Partygate - Sign the Petition! https://t.co/OURdSrT3mK via @UKChange
(4 months ago)