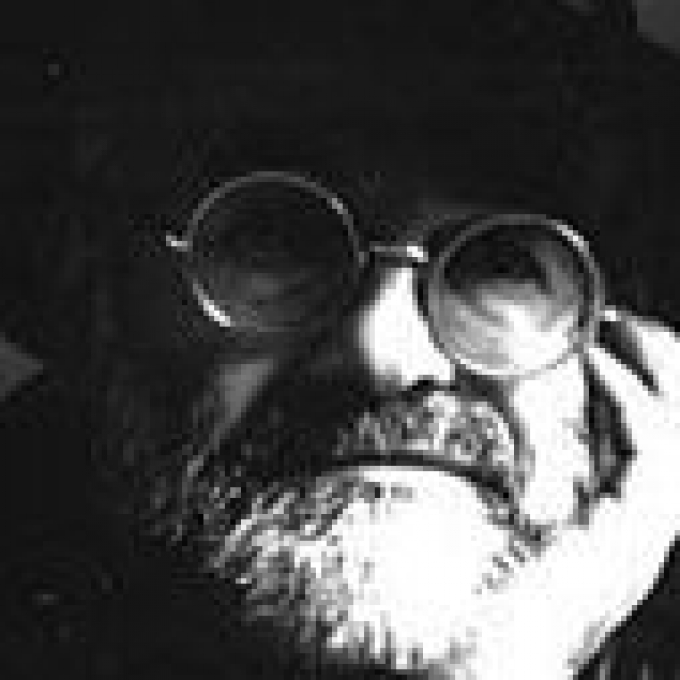 Terry Pratchett was born in 1948 in Beaconsfield, Bucks, and decided to become a journalist after his first short story, 'The Hades Business', was published in Science Fantasy magazine when he was fifteen years old.

His first job was on the Bucks Free Press and he went on to work for various newspapers before becoming a publicity officer for the Central Electricity Generating Board in 1980. He became a full-time writer in 1987. His first novel, The Carpet People (1971), a humorous fantasy, was followed by The Dark Side of the Sun (1976) and Strata (1981). 1983 saw the publication of The Colour of Magic, which became the first in a long series of Discworld novels. BBC Radio Four serialised The Colour of Magic and Equal Rites (1987)and these brought him great popularity. There are now more than 30 books in this series, set in a surreal world on the back of four elephants that stand on the shell of Great A'Tuin, the sky turtle. The Discworld series is popular world-wide and has led to the production of much related merchandise. Thud! (2005), features Sam Vimes, who has to get home each evening to read his son a picture book - Where's My Cow?. Where's My Cow?, published in 2005, alongside Thud! The latest novel in the series is The Unseen Academicals (2009).Hailed as one of the greatest humorous satirists, Pratchett was one of few writers to write across the adult/child divide. His book, Truckers (1989), was the first children's book to appear in British adult fiction best-seller lists.

Terry Pratchett wrote many novels for young readers, and the end-of-the-world novel Good Omens (1990) - in collaboration with Neil Gaiman. He also wrote several short stories, some of which are on Discworld themes. His books have sold over thirty-five million copies worldwide and have been translated into over thirty languages. 'To say that Terry Pratchett is popular ...' writes Kate Saunders in the Sunday Express (2 June 1996), ' ... is like saying the Arctic Circle is a bit nippy. He was awarded three honorary degrees, in 1999 by the University of Warwick, in 2001 by the University of Portsmouth, and in 2003 by the University of Bath. In 2009 he received a Knighthood.

Terry Pratchett was involved with the Orang-Utan Foundation, and visited Borneo with a film-crew to make the documentary Terry Pratchett's Jungle Quest for BBC Television. He lived with his family in Wiltshire.

Many novelists aren’t storytellers. They are academics who took the wrong turning in the road, philosophers hoping to describe the meaning of life in 350 pages, social critics intent on hectoring and lecturing, or intellectuals who hope that a few pages of ‘once upon a time’ will justify even more pages of introspective musing. They can’t plot, think tension is a medical condition, and write sentences like a chef in search of a Michelin star: it doesn’t matter if no one likes the taste of the food, as long as it looks beautiful on the plate and has been admired by the chief authority on these matters. And then there is Terry Pratchett, whose Discworld series, 30 years on from it's first appearance, is one of the most extraordinary in modern fiction.

The Discworld, which rests upon the back of four elephants, which are, in turn, supported by a giant turtle hurtling through space, had its beginnings in the The Colour of Magic (1983) and The Light Fantastic (1986), a two-part romp in the style of William Goldman’s The Princess Bride. Pratchett’s clear intention with the early books was to lampoon the conventions and clichés of epic fantasy. The charm is that the parodying and silliness don’t disguise the author’s deep love for and knowledge of the genre. From these pacey, funny stories of Rincewind the wizard, Twoflower the tourist, and a large chest on legs called The Luggage, the Discworld grew, becoming a means by which the author was able to hold a mirror up to, laugh at, and ask questions of our own world. The novels have dealt with everything from gender equality to the nature of political persuasion. Moving Pictures (1990), Small Gods (1992) and The Truth (2000) satirise Hollywood, monotheistic religion, and the press, respectively. And while the earlier novels are generally more light-hearted, with much of the humour being derived from straight gags, it is the case that darker and more sombre tones creep in as you read the novels in sequence. Night Watch (2002)is about revolutionary politics, Going Postal (2004) is a pointed commentary on the corporate world, and Unseen Academicals (2009), in which, surprisingly, football comes to the Discworld, is concerned with the way in which communal experience becomes mob mentality. Raising Steam (2013), the fortieth Discworld novel, while an adventurous tribute to the technological prowess that gave us the railway, is also a reminder of religious intolerance and bigotry. And there was you thinking that this Pratchett stuff was just people in pointy hats.

The Discworld novels play with myth and fairy tale, the plays of Shakespeare, and the vast monolith of Tolkien’s Middle Earth, creating the sort of dialogue among fictions which is the hallmark of great writing. There are stand-alone stories featuring characters that are seen only that one time, as well as novels about the same characters: the inimitable Death, for instance, makes multiple memorable appearances. Central to everything is the city state of Ankh-Morpork, which the author has described as “probably a cross between 16th century London and 20th century New York.” In it, we meet characters such as Sam Vimes, the Commander of the city Watch, Mustrum Ridcully, the Archchancellor of Unseen University, and Havelock Vetinari, the Patrician, who runs Ankh-Morpork as if it were medieval Florence and he the member of the Medici family who finally understood the need for benevolence.

With his keen scientific eye, fascination with social, cultural and political history, interest in technological invention, and the vast resource of his imagination, Pratchett has fashioned a beautifully realised “multiverse”, peopled with trolls, witches, wizards, elves, gnomes, vampires, zombies, oh, and humans. He is Tolkien with gags, a born humourist who is less farcical but much funnier than Tom Sharpe, and his playfulness with language is a constant delight. Pratchett is able to capture an essential quality with resonant economy, such as this sentence from Equal Rites (1987): ‘the scene is the blackness of space with a few stars glittering like the dandruff on the shoulders of God.’ Pratchett is also extremely adept at word play. Take this, uh, gem, if you will, from Night Watch: ‘Sam Vimes felt like a class traitor every time he wore (his gold breastplate). He hated being thought of as one of those people that wore stupid ornamental armour. It was gilt by association.’

A Pratchett novel offers the reader, particularly one who feels any sort of kinship with The Simpsons or This is Spinal Tap, a variety of narrative joys. He consistently amuses by satirising convention and expectation at almost every turn. There are those who see the word ‘fantasy’ and run a thousand miles, who dismiss writers like Pratchett for being purveyors of adolescent silliness. But this is pompous ignorant nonsense of course. Pratchett is for readers who appreciate that one of the functions of the novelist is to create a world within which readers can lose themselves so completely, that they emerge from the fiction almost dazed, stumbling back into the strange but somehow transformed flatness of reality. Would that most novelists had an ounce of this author’s inventiveness.

Pratchett is as prolific as he is inventive. As well as the forty Discworld novels, he has also written a series of books for children, including Nation (2008), about the meeting of cultures on an island which has been devastated by a Tsunami, and Dodger (2012), which borrows from Oliver Twist to describe the story of a ‘tosher’, someone who scrabbles around the sewers in Victorian London looking for coins and discarded goods. There have also been several Discworld novels for children, most notably The Amazing Maurice and his Educated Rodents (2001), a slyly subversive take on the tale of the Pied Piper, which won the Carnegie Medal. A Blink of the Screen, published in 2012, is a fascinating collection of short fiction, which includes The Hades Business, a story Pratchett wrote when he was only thirteen. It’s the tale of a meeting between the Devil, who is disgruntled at how few people are coming down to Hell these days, and an advertiser who may just be able to help the dark one sell his realm to the public. In his introduction to the story, Pratchett affects to be embarrassed by this teenaged effort, but if that were really the case he wouldn’t have included it in the book. After all, we see quite clearly in it the writer the boy will become: the story is funny, clever, inventive and silly, and has one or two sharp points to make about the nature of human beings. It has everything, in fact, that you would want from a Discworld novel.

Terry Pratchett, then, is a phenomenon of modern literature. It is easy to take the world he has created for granted, so much has it become a part of the culture. He makes us question received opinion, recognise our place in the universe, look up at the sky, and think. What else is there left for a storyteller to do? There is a moral core to Pratchett’s work, which is often hidden by the flippancy of the amusing footnotes, or the lightness of the narrative touch, but it is there all the same. This is storytelling about human agency, about the complex matter of how we must each learn to take responsibility for our lot. Terry Pratchett, justifiably ennobled for his writing, has the storytelling power, name-coining genius and irrepressible fecundity of Dickens, the wit of great English humourists like P.G. Wodehouse and Douglas Adams, and one of the most ingenious imaginations in world literature. His sense of wonder makes us wonder. Life is improved by him. He makes hyperbole seem understatement.