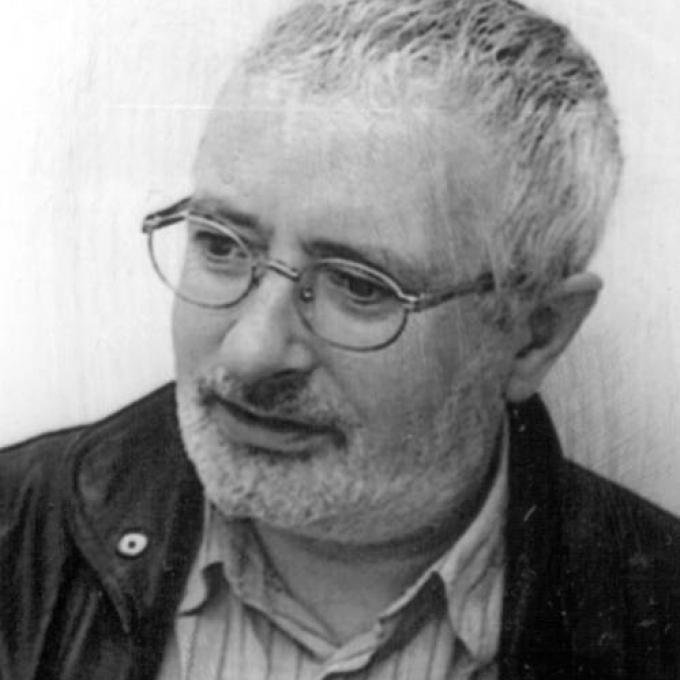 Professor Terry Eagleton, Chair within the Department of English and Creative Writing at Lancaster University, began his academic life as a Victorianist, and is still interested in the history and literature of the nineteenth century, as well as in 20th-century literature.

His specialities are literary and cultural theory and the English-language literature and culture of Ireland, on which he has recently completed a trilogy of works. He is also becoming rather more broadly involved in comparative literature, and a recent book on tragedy considers the literature of various European cultures. Since around 2006 he has become a vocal critic of what has been called the New Atheism and has published a number of titles based on his lectures on religion and theology including Reason, Faith, and Revolution: Reflections on the God Debate (2009) and Culture and the Death of God (2014).

The continued relevance of Professor Terry Eagleton’s writing is outlined by Stephen Regan in The Eagleton Reader (1998):

‘To call Terry Eagleton the most gifted Marxist thinker of his generation is only a slender acknowledgement of his critical and creative achievements. There is simply no other cultural critic writing today who can match his popularity or his prolific output. His work has made an impact on the teaching of literary and cultural studies throughout Europe, and in almost every part of the world including China, Japan, India, Russia, Australia, Canada and the United States.’

In The Gatekeeper: A Memoir (2001), Eagleton discusses his large output of work with humour and self-effacement. He tells of how he enjoys writing and explains that some fellow academics see this as being as much of a problem as ‘having too much money or being ravishingly handsome’. He is also one of the few in his profession to go on to be a bestseller and his Literary Theory: An Introduction (1983) has now sold almost a million copies.

In the preface to Literary Theory, he explains that he has tried to ‘popularize, rather than vulgarize, the subject’ of literary theory and this goes some way to clarifying how this book has had such widespread appeal. He demonstrates an element of scepticism of the theories he covers, such as structuralism, poststructuralism and psychoanalysis, but also challenges the literary scholars that have been hostile without recognising that this angst is tied to their ideological positions: ‘Hostility to theory usually means an opposition to other people’s theories and an oblivion of one’s own. One purpose of this book is to lift that repression and allow us to remember.’ As he points out, the claim to being an objective reader is misguided to say the least and this is made apparent when he argues that value-judgements ‘have a close relation to social ideologies’ and this connection is embedded in all of our reading practices (including Eagleton’s).

He also gives an overview of English literature studies and spells out how the pleasure in reading is often diluted in the bid to have this confirmed as a serious discipline: ‘As we saw earlier in this book, the fact that reading literature is generally an enjoyable pursuit posed a serious problem for those who first established it as an academic “discipline”: it was necessary to make the whole affair rather more intimidating and dispiriting, if “English” was to earn its keep as a reputable cousin of Classics. Meanwhile, in the world outside, people carried on devouring romances, thrillers and historical novels without the faintest idea that the halls of academia were beset by these anxieties.’ He not only makes difficult concepts more accessible, but also demonstrates that it is possible to keep a sense of humour despite a lifetime working for the institutions that he has been critical of politically.

This critical position is evident in The Gatekeeper and a review by Adam Mars-Jones for The Observer argues that Eagleton barely gives himself away in this work but does deliver a critique of Oxbridge, which is where he studied and taught for over 30 years: ‘Eagleton makes little attempt to recreate his own emotions, at 10 or any other age. He refuses to inhabit his past self, using it instead as a flesh peg on which to hang passages of analysis. It is the institution that stands revealed, not the person who passed through it’ (6 January 2002). Eagleton makes several allusions to his working-class childhood in Salford and the difficult transition to university, but he avoids giving away more than the barest of personal information. The memoir begins with a description of his duties as an altar boy and gatekeeper at a convent and introduces the Catholic Church as the first of many influential institutions that he has ‘passed through’. He has never entirely relinquished his faith and his review of The God Delusion (2006) by Richard Dawkins for The London Review of Books puts the case for the Christian defence (19 October 2006). He refers to Dawkins as ‘theologically illiterate’ and argues that this work is bigoted against religion: ‘There are always topics on which otherwise scrupulous minds will cave in with scarcely a struggle to the grossest prejudice. For a lot of academic psychologists, it is Jacques Lacan; for Oxbridge philosophers it is Heidegger; for former citizens of the Soviet bloc it is the writings of Marx; for militant rationalists it is religion.’ As a critic and reviewer, Eagleton appears to welcome the chance of debate here and elsewhere and depending on one’s perspective he may be seen to enjoy freedom of expression and/or the opportunity to court controversy.

Of his many other works, After Theory (2003) is significant in that it appears to allow the more traditional literary critics, who had felt threatened by the rise of literary theory, to breathe a huge sigh of relief. The argument is more complex, though, as Eagleton argues: ‘There can be no going back to an age when it was enough to pronounce Keats delectable or Milton a doughty spirit.’ He adds that the tenets associated with the high theorists lives on, although the main players such as Jacques Derrida, Roland Barthes and Michel Foucault are now dead: ‘If theory means a reasonably systematic reflection on our guiding assumptions, it remains as indispensable as ever.’

When looking back over Eagleton’s work, it is possible to see that his methodology, which is influenced by Marxist thinking, increasingly questions the political disengagement that he sees as intrinsic to postmodernism. This is apparent in After Theory when he points out the narcissism that he believes has come to dominate literary and cultural studies: ‘Socialism has lost out to sado-masochism. Among students of culture, the body is an immensely fashionable topic, but it is usually the erotic body, not the famished one.’ He has also turned to fiction, having written Saint Oscar and Other Plays (1997) and the script for the Derek Jarman film, Wittgenstein (1993), but in the main has been concerned with literary criticisms. Myths of Power: A Marxist Study of the Brontës (1975); Marxism and Literary Criticism (1976); and Ideology: An Introduction (1991) are some of his other notable texts.

2015
Hope without Optimism
2014
Culture and the Death of God
2013
How to Read Literature
2012
The Event of Literature
2011
Why Marx Was Right
2010
On Evil
2009
Reason, Faith, and Revolution: Reflections on the God Debate
2008
Trouble with Strangers: A Study of Ethics
2007
The Meaning of Life
2006
How To Read A Poem
2005
Holy Terror
2003
Sweet Violence: A Study of the Tragic
2003
After Theory
2003
Figures of Dissent: Critical Essays on Fish, Spivak, Zizek and Others
2001
The Gatekeeper: A Memoir
2001
Crossing Boundaries: Thinking through Literature
2000
The Idea of Culture
1999
Scholars and Rebels in Nineteenth-Century Ireland
1999
The Truth about the Irish
1998
Crazy John and the Bishop and Other Essays on Irish Culture
1997
Saint Oscar and Other Plays
1997
Marx and Freedom
1996
The Illusions of Postmodernism
1996
Marxist Literary Theory: A Reader
1995
Heathcliff and the Great Hunger: Studies in Irish Culture
1994
Ideology
1993
Wittgenstein: The Terry Eagleton Script/the Derek Jarman Film
1993
The Crisis of Contemporary Culture
1991
Ideology: An Introduction
1990
The Ideology of the Aesthetic
1990
Nationalism, Colonialism, and Literature
1989
The Significance of Theory
1989
Raymond Williams: Critical Perspectives
1987
Saints and Scholars
1987
Hard Times/Charles Dickens
1986
William Shakespeare
1986
Geoffrey Chaucer
1986
Against the Grain: Essays 1975-1985
1986
The End of English
1984
The Function of Criticism: From 'The Spectator' to Post-structuralism
1983
Literary Theory: An Introduction
1982
The Rape of Clarissa: Writing, Sexuality and Class Struggle in Samuel Richardson
1981
Walter Benjamin, or Towards a Revolutionary Criticism
1977
Some Unease and Angels
1976
Criticism and Ideology: A Study in Marxist Literary Theory
1976
Marxism and Literary Criticism
1975
Myths of Power: A Marxist Study of the Brontes
1970
Exiles and Emigres: Studies in Modern Literature
1970
The Body as Language: Outline of a 'New Left' Theology
1968
From Culture to Revolution: The Slant Symposium, 1967