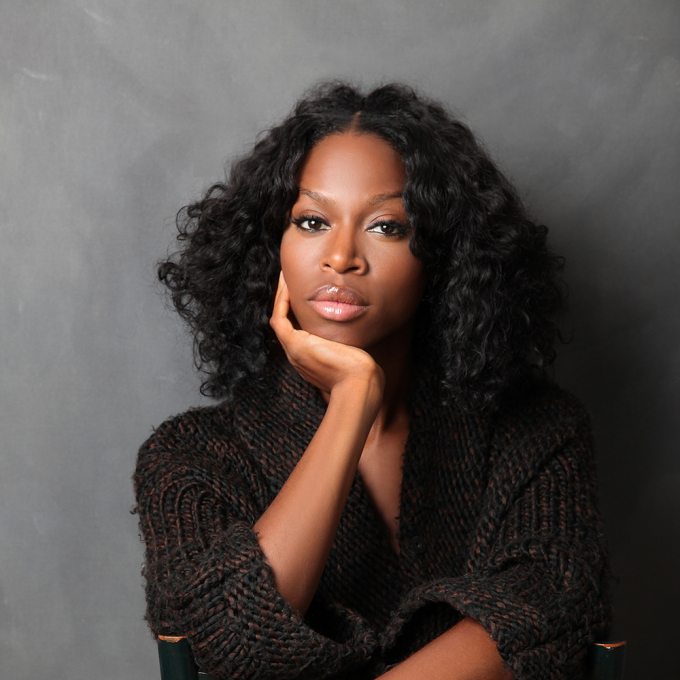 Selasi was born in London, England, and raised in Brookline, Massachusetts, the elder of twin daughters in a family of academics.

In 2012 Selasi launched the multimedia project "2154", setting out to photograph and film twentysomethings in all 54 African countries.

Touted ahead of her debut Ghana Must Go (2013) as spokesperson for a new generation of ‘Afropolitan’ writers, Taiye Selasi begins a career with heavyweight mentors and daunting expectations.

A transnational cosmopolite of Nigerian and Ghanaian descent, educated in Britain and the US, Selasi sees herself as part of a generation that possesses “a willingness to complicate Africa – namely, to engage with, critique, and celebrate the parts of Africa that mean most to them.”

Selasi’s fiction is expansive in scope, spanning continents and generations, and has been praised by the Wall street Journal for the “invigorating mixture of darkness and drollery” with which it chronicles the family dynamics of this emerging “complicated” African identity.

Her name first emerged in cultural circles as a result of an 2005 essay ‘Bye Bye Babar’, which sought to define an emerging sensibility among the young African diaspora elite. “Were you to ask any of these beautiful, brown-skinned people that basic question – ‘where are you from?’ – you’d get no single answer … ‘Home’ for this lot is many things: where their parents are from; where they go for vacation; where they went to school; where they see old friends; where they live (or live this year). Like so many African young people working and living in cities around the globe, they belong to no single geography, but feel at home in many.” “They (read: we)” she declared,  “are Afropolitans – the newest generation of African emigrants, coming soon or collected already at a law firm/chem lab/jazz lounge near you.” She celebrates the fact that this hyper-educated, well-connected international community are finally beginning to get their story told. Her fiction to date has been devoted to exploring the paradoxes of their mixture of marginal identity and privilege for a wide contemporary readership.

After some forays into playwriting, Selasi turned to fiction and enjoyed her first big success with a story named ‘The Sex Life of African Girls’. This piece was first published in Granta in 2011, before being chosen for the Best American Short Stories of 2012. It was written in a coy and playful second-person voice (“There you are, eleven, alone in the study in the dark in a cool pool of moonlight at the window…”) which situated the reader within the unfolding sordid tale of semi-ritualised family sexual abuse during a party at a mansion on the southern coast of Ghana.

We learn that Edem, the 11-year old heroine of has been separated from her prostitute mother, and we are privy to her slow realization: “Your mother isn’t coming. Wherever she’s gone it’s a place without life. What life there was in her was choked out by hatred; whatever light in her eyes was the glint of that hate.” Through Edem’s eyes, the story shows how three generations of African women have all been trapped in roles of submission, which Selasi presents as a generation-to-generation curse. It was an affecting and brash, which prepared readers for the epic statement that Selasi and her publishers hoped to make with her much-publicised debut novel in 2013.

Ghana Must Go (2013) begins with the death of Kweku Sai in his backyard in Ghana. In flashbacks that usher from the last minutes of his life, and in narrative excursions through his extended international family, the reader is told of his previous illustrious life as a star surgeon in a Boston hospital. His Nigerian wife, Folasadé Savage, had left Lagos for Pennsylvania, where she met Kweku, and gave up her dream of going to law school in order to raise their four children. After a seemingly outrageous incident of racist dismissal from his surgery position on grounds of malpractice, Kweku initially hides the fact from his family, before abandoning them to return to Ghana. After many years apart, the news of Kweku’s death in Accra brings the five remaining Sais together for a bittersweet trip to his homeland.

This conventional narrative structure allows Selasi to weave a tale of Afropolitan success, failure, guilt and blame. The glimpses of the family on their upward journey into the elite of Brookline, Massachusetts (not coincidentally the home suburb of that other self-fashioned dynasty, the Kennedys) is exhilarating, and Selasi is eloquent on Fola’s pride in “an upswing midmotion, a thing being built: A Successful Family, with the six of them involved in the effort, all, striving for the common goal, as yet unreached. They were unfinished, in rehearsal, a production in progress, each performing his role with an affected aplomb.” The tragedy of the collapse of this dream provides the emotional heart of the book.

Initial response in the US was mixed, bridling in part against the fanfare that surrounded the novel’s arrival, but also against some defects of its florid style. “Even for someone drawn to baroque prose,” the New York Times declared, “Selasi has a tendency to overwrite.” The sense was that this was a novel that overreached its own goals, let down by its own implausibilities and a certain breathless excess of narrative and descriptive energy. Their review concluded that “I think there is a large audience eager to hear their stories — so eager that agents, editors and publishers may have rushed a young writer’s book into print before it was ready. That’s a shame, because Selasi’s ambition — to show her readers not ‘Africa’ but one African family, authors of their own achievements and failures — is one that can be applauded no matter what accent you give the word.” (March 2013)

Nonetheless, the themes of family, separation and the legacy of fateful decisions are handled in a compelling way that promises a wide readership for Selasi’s novel. As the Wall Street Journal remarked, though the book is a hymn to the possibilities of internationalism and a global lifestyle, “at this rapturous novel's ending, Ms. Selasi shows how that impulse collides with the discovery that, no matter how much distance you might cover, your family is your fate” (March 2013)

As Selasi had argued in ‘Bye Bye Barbar’, the stakes for the ‘Afropolitan’ writer are high, but so are the hopes: “The prospects can seem grim at times. The answers aren’t forthcoming. But if there was ever a group who could figure it out, it is this one, unafraid of the questions.”  It is surely this admirably ambition and the promise of future work that saw Selasi included on Granta’s prestigious ‘Best Young Novelists’ list in 2013.