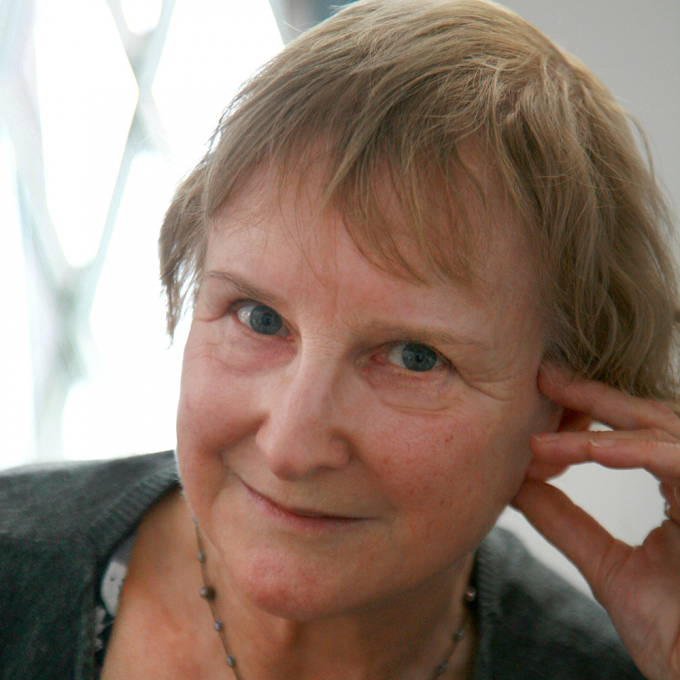 Poet and novelist Susan Wicks was born in Kent, England, in 1947.

She read French at the Universities of Hull and Sussex, and wrote a D. Phil. thesis on André Gide. She has lived and worked in France, Ireland and America and has taught at University College Dublin and the University of Kent. She is the author of several collections of poetry including Singing Underwater (1992), which won the Aldeburgh Poetry Festival Prize, and The Clever Daughter (1996), which was shortlisted for both the T.S. Eliot and Forward Prizes, and she was included in the Poetry Society's 'New Generation Poets' promotion in 1994. A short memoir, Driving My Father, was published in 1995. She is also the author of two novels, The Key (1997), the story of a middle-aged woman haunted by the memory of a former lover, and Little Thing (1998), a novel which subverts conventional expectations of time and causality in the story of a young English woman teaching in France.

Her latest collection of poetry is The House of Tongues (2011). Roll Up for the Arabian Derby, a collection of short stories, was published in 2008.

Her most recent book is a translation of Valérie Rouzeau's poetry, entitled Cold Spring in Winter (2009). It was shortlisted for the 2010 Griffin Poetry Prize (Canada) and the 2010 Weidenfeld Translation Prize.

Night Toad (2003), her new and selected poems, confirmed Susan Wicks – in the words of Poetry Book Society selector Kathleen Jamie – as ‘a poet of deceptive power, who can transmute everyday objects and events into poems with an understated numinous edge’ [PBS Bulletin, Winter 2003].

As an example, Jamie found lines describing an optician’s ‘pencil of light’ on the retina, seen as ‘deer and bison running / in their red cave’ (‘Optician’). One could also cite the mysterious effect of birdsong in ‘Birds at Dawn’, suggesting that this ‘transparent world / [is] displacing ours’, as ‘Under its feather shield / a mind drifts’. But equally characteristic is Wicks’ elegiac realization of the fragility of life, in an image of moving water: ‘our world is precious as wreckage, / its sunken carcass rolled and / remade; the impact of a drop / rings us like deep treasure’ (‘Weir’).

In the 1994 ‘New Generation Poets’ issue of Poetry Review that first brought her to prominence, Wicks wrote that ‘poetry itself requires us to remain essentially vulnerable’, and that writers should be ‘prepared to take emotional and aesthetic risks [and] lay ourselves open’. She therefore began by using her own life as material, chronicling her experiences of marriage, motherhood and bereavement. Her writing is intimately rooted in the ordinary details of family life – watching with empathy her children growing up and caring for her aged parents. In it, Wicks is an engaged observer, relating her own body’s moods, ecstasies and sufferings. She could be considered a British writer in the ‘Confessional’ vein, and indeed has expressed admiration for such American poets as Sharon Olds. But Wicks herself has also pointed to the importance to her of Fleur Adcock’s poems about family life, and her ‘insight and rigour that helped me most when I was just starting to write poetry in the late '80s’.

Her first collection, Singing Underwater (1992), finds moments of epiphany in the ordinary details of family life: a child being born, ill, or just sleeping in the marital bed ‘folded in the hollows of our bodies like a bird’. She views the mother-child relationship from both angles, by memorializing her deceased mother, and also dreaming of her own premature birth, ‘the bone-petals of my skull lapped tight / as a crocus’ (‘Midnight Feast’). Wicks’ poems accumulate their images and rarely employ obtrusively flashy language or rhyme. With Open Diagnosis (1994), her work gained in emotional intensity, notably in a sequence of poems coming to terms with the onset of multiple sclerosis. In ‘Coming Out’, she observes ‘I speak as if drunk’, while ‘Motion Sickness’ uses the analogy of a train to explain the effects of the condition: ‘my body sways over sleepers, / judders at points, shakes to time and distance’. But her work also has another dimension, that of travel – especially to France and the USA - and observes sympathetically others coping with disabilities, as in ‘Blind Skiers’. The natural world is also prominent in her visits to America over the years (‘Bear Country’).

The Clever Daughter (1995) should be read in conjunction with Driving My Father, her touching prose ‘half memoir, half novel’ published in the same year. They share certain episodes concerning the aftermath of her mother’s death, and subsequently having to care for her grief-stricken father. The most striking poems re-define their relationship, as he symbolically becomes her child: ‘I shall pick him up and rock him, / see his silver skull / gleam at me / through thin combings’ (‘My Father is Shrinking’). Driving My Father employs fictional traits of flashback and fantasy, poetic imagery and emotional motifs. What it does so well is to convey how the relationship between parents and children changes over time. Thus, her father, mother and herself as a child appear in the 1950s, enjoying their new television and driving together on holidays to France. They re-appear as their much older selves, father and daughter bewildered by grief, the now adult narrator driving him to a nursing home. A recurrent motif for memory is that of flying a homemade kite (‘his perfect gift to me’) on a childhood caravan holiday, while disturbing fantasies (notably dressing up in her mother’s lingerie) also recur. This beautifully balanced mix of memoir and fiction ends almost as it began: ‘I have only to hear my father’s voice on the telephone to know I have always dreamed exactly this’.

In Wicks’ most recent poetry volume, De-iced (2007), the subjects and settings seem to be imaginatively freer. Its opening poem, for instance, ‘Meat Thieves’, describes a ‘getaway car’ loaded with stolen meat. And the closing sequence is about the life and work of a fictional artist in ‘The Graham Mickleworth Retrospective’. The lovely title poem sees a plane’s wings as ‘silver now, flaps sliding and retracting / in a twinkle of snowdust to the sky’s command’. The aircraft is presumably heading for the USA, judging by the sequence ‘MacDowell Winter’ about her residence at a writers’ colony in rural New Hampshire. But intimations of her parents are never far away. Out driving with her own children, she almost thinks she sees them (‘Sky, Cloth Cap, Little White Car’).

Wicks’ two novels, The Key (1997) and Little Thing (1998) concern difficult emotional situations. In the latter, a pregnant woman is teaching in France, and having to hide her condition from her employers. But Roll Up for the Arabian Derby (2008) is a real advance, a memorable collection of short stories in which the macabre underlies the everyday. In ‘The First Weekend’, a couple debate whether a body – or even just part of a body – had hit their car on the motorway. Undecided, they head back towards their house ‘full of dirty laundry, cluttered with furniture and toys’. In the title story, a mother and two children on holiday are drawn to a fairground attraction and then find that they cannot escape. ‘Success’ is a comical sinister tale of a woman’s encounter on a coach with a ventriloquist, whose dummy teaches her to throw her voice: ‘Oik iss, I said’.

The outstanding story is ‘Mother-of-Pearl’, a ghostly tale about grief that manages to be both funny and poignant. In it, a young woman feels haunted by her deceased mother, and by the grandmother she never knew. They take up residence in her flat, watching and commenting tartly on her life - especially when she brings her date home to bed. As the couple make love, the narrator feels ‘We’re in a place where "alone" has no meaning, where all the people who’ve ever died are breathing inside us, skin on skin’. This rather moving realization of connectedness is, however, put to one side as it ends, with her mother’s enquiring: ‘Are you quite sure you’re going to be all right?’ This evocation of coping with bereavement is in keeping with the themes of Susan Wicks’ writing, its descriptive ingenuity – and its humanity.