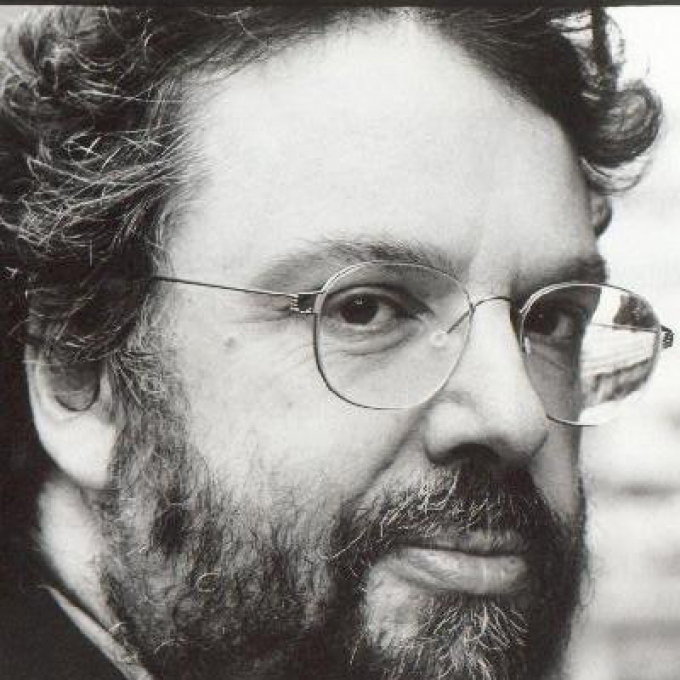 Stephen Poliakoff is an acclaimed playwright, director and scriptwriter.

Born in London in 1952, he first concentrated on play scripts, with plays such as Hitting Town (1989), Strawberry Fields (1989), and Talk of the City (1998), becoming Writer in Residence at the National Theatre aged 24 years.

He became increasingly interested in writing for television, and rose to prominence with his BBC Plays for Today, such as Stronger than the Sun, a nuclear thriller starring Francesca Annis and Tom Bell, Bloody Kids, a 1980s tale of urban anarchy,  and the BAFTA award-winning Caught on a Train (1982), starring Michael Kitchen. His drama She's Been Away (1989), starring Peggy Ashcroft, dealt with the subject of senile dementia.

Later work includes a lavish 3-part drama serial for BBC2, Shooting the Past (1998), its sequel, Perfect Strangers (2001), and television dramas for BBC 1, including the award-winning The Lost Prince (2003), the story of the epileptic youngest son of George V and Queen Mary, and the vivid stories set in Britain's recent past, Friends and Crocodiles and Gideon's Daughter (2005).

Stephen Poliakoff received a CBE in 2007.

Artistic freedom is of paramount importance to Stephen Poliakoff, and consequently he refuses to compromise.

Over the last few decades of writing and directing plays, screenplays and television drama, he has acquired the status and clout to demand the freedom he requires: he now has complete editorial control of his works, including writing, directing, casting, editing and even choosing the music for the soundtrack. Poliakoff believes that this freedom has come about because he was brave enough to take risks:

'They wanted me to speed up Shooting the Past. They said, “Cut 35 minutes”. And I said “No! I’m going to slow it right down. If I never work in television again, I’m not doing that!” And because that series had such an impact, nobody has tried to interfere again.'

Poliakoff’s television dramas are usually made on a lavish budget, are shown at peak-time and attract the crème de la crème of British acting talent: regular stars include Bill Nighy, Maggie Smith, Timothy Spall and the late Peggy Ashcroft.

Poliakoff started out as a playwright, writing on average one play per year between the late 1960s and the mid-1990s. He was only a 16-year-old schoolboy when his first play, Granny, was reviewed in The Times in 1969. After several more, his first big successes were Hitting Town and City Sugar (both produced in 1975 and published in 1976). Hitting Town explores an incestuous sibling relationship and Poliakoff later returned to this theme in his feature film, Close My Eyes (1991). These early works often addressed urban despair, and Poliakoff quickly established himself as a writer of original and somewhat quirky works. His grandfather was a Russian Jewish immigrant who was also an inventor, and Poliakoff himself is quite an eccentric figure. Many of his characters also possess a degree of eccentricity, though they tend to be strong and resilient. John Bull’s summary of Poliakoff’s early works notes that, though his plays loosely address social and political issues, the emphasis is on the individual characters:

'Poliakoff’s is a theatre of individual gesture rather than generalised  political analysis. Although his plays appear to offer a series of thematically related attacks on contemporary society in loosely political terms, it is the emotional subtext that is most important.'

In 1977, Poliakoff wrote his first television play, Stronger Than the Sun, a thriller about nuclear power which was screened as part of the BBC’s ‘Play for Today’ series. This was followed by several more television dramas. Bloody Kids (1980) explores contemporary Britain through the depiction of disaffected teenagers in an Essex seaside town. Despite its theme, however, its style is expressionistic and somewhat surrealist. In Caught on a Train (1982), which received a BAFTA, the central character is Peter, a publishing executive travelling to a book fair on the Ostend-Vienna Express train. The physical journey is emblematic of a psychological journey, as Peter’s encounters with other passengers, particularly the elderly Austrian lady Frau Messner, trigger a process of self-exploration. Frau Messner also represents traditional Europe in conflict with the modern world.

In the 1990s, Poliakoff began to write and direct feature films, before concentrating on television drama. Though there is great diversity and versatility amongst his works, he is fascinated by history and frequently explores the past and its secrets, sometimes in relation to world events, but more frequently amongst families and individuals. Many of his works use photographs, memoirs and documents to convey a sense of the past and how it pervades the present. Others depict more recent secrets and repression, and the effect this has on people’s lives and relationships. Poliakoff’s first feature film was Runners (1984), though it had only a limited cinema release and was then screened on Channel 4. Starring James Fox, Jane Asher and Kate Hardie, it tells the harrowing and moving story of an 11-year-old runaway girl and her parents’ search for her. The emphasis is on the girl’s father, who eventually finds his daughter surviving through her own resilience, and must work to rebuild his relationship with her.

Hidden City (1989) was Poliakoff’s first cinematic success and also his directorial debut. It stars Charles Dance as a mathematician who is asked by a young female picture researcher to help with her investigation: she has found an old black and white film which she believes reveals information about an abduction. Poliakoff’s fascination with history and secrets comes to the fore in this film, which features a labyrinth of underground tunnels, hidden chambers, conspiracies and cover-ups. As in some of his later works, Poliakoff depicts his characters reconstructing the past through photographs and other documents. 1991 saw the release of Poliakoff’s most successful feature film, Close My Eyes, which returns to the theme of sibling incest explored in the earlier play, Hitting Town. While Hidden City and other works evoke a strong sense of the past bubbling away just beneath the surface of the present, works such as Hitting Town and Close My Eyes convey present-day secrets and hidden feelings threatening to erupt. Poliakoff links incestuous feelings to disaffection and alienation: in Hitting Town it is propelled by inner-city misery and the disillusionment of the 1970s, whereas Close My Eyes depicts a wealthier environment in which the central characters are equally disillusioned by the shallow emptiness of a materialistic culture.

In the late 1990s, Poliakoff began to concentrate on television drama. His feature films have usually been outside mainstream cinema because, as discussed earlier, he prioritises artistic integrity and refuses to compromise for the sake of commercial aims. Poliakoff’s works also tend to be quite slow-paced, with the emphasis on introspection rather than fast-paced action, and, as such, many critics feel that his style is more successful in television than feature film.

Poliakoff’s three-part drama, Shooting the Past (1998), was a spectacular success. In this work, his interest in reconstructing the past through photographs and stories is central to the storyline. Oswald and Marilyn (played by Timothy Spall and Lindsay Duncan) work in a long-established picture library which has been bought by an American property developer. They are horrified by his plans to sell or destroy the library’s archive in order to make room for a business school. Shooting the Past therefore has an anti-capitalist theme, as Oswald and Marilyn strive to convince the commercially-minded American of the value of the archive and the traditional British culture that is documented by its pictures.

Shooting the Past was followed by a related work, Perfect Strangers, in 2001. In 2003, the BBC screened The Lost Prince, which won an EMMY award. It is based on the true story of Prince John, the youngest child of King George V, who was hidden from the public eye because of his autism and epilepsy. It addresses Poliakoff’s recurring theme of secrets, incorporating both the personal issues of the Royal family - who are depicted sympathetically - and the wider cultural issues of social norms and expectations in which the family are entangled. This is set against a backdrop of historical events.

A steady stream of television dramas has followed: in 2005, Friends and Crocodiles and Gideon’s Daughter received mixed reviews, but Poliakoff was acclaimed for his 2007 trilogy, Joe’s Palace, Capturing Mary and A Real Summer. Joe’s Palace is set in the present day, featuring a young boy, Joe, who is employed as a caretaker in an empty house owned by a billionaire, Elliot Graham. Capturing Mary is set in the same house in 1958, when Elliot’s father entertained lavishly. 1958 was the year that British debutantes had their last season, and Poliakoff is fascinated by the cultural changes that took place as Britain entered the 1960s. He explores this particularly through the character of Mary, a bold young journalist struggling against patriarchal power just before the cultural revolution: ‘If Mary had been born just a tiny bit younger and so had made it in the early to mid-1960s, it would have been the perfect time for her. That’s her tragedy, really’ (Poliakoff interviewed by Ciar Byrne, The Independent, 1 November 2007). Poliakoff explores the character of Mary more fully in the 40-minute piece, A Real Summer.

After a decade of concentrating on television, Poliakoff returns to the film industry in 2009 with the feature film 1939.