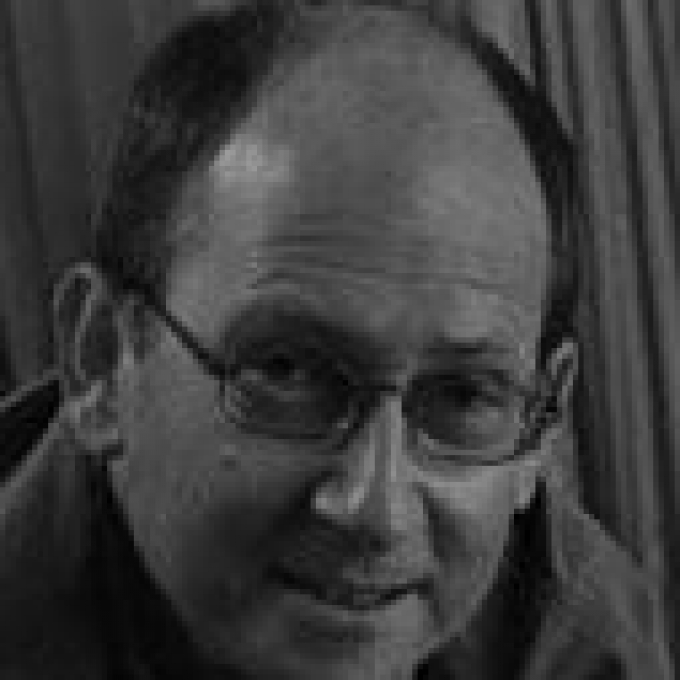 Stephen Baxter was born in Liverpool in 1957 and studied maths at Cambridge University and engineering at Southampton University.

He became a teacher of mathematics and physics, and worked in information technology for some years, before becoming a full-time writer in 1995.

Stephen Baxter's second collection of short fiction is Traces (1998), and he has also published the non-fiction books Deep Future (2001), Omegatropic (2001) and Revolutions in the Earth: James Hutton and the True Age of the World (2003), a study of the geologist James Hutton.

This includes several sequences: the Xeelee sequence; the Manifold Trilogy; the Mammoth Trilogy; the Destiny’s Children sequence; the Time’s Tapestry series, and the Time Odyssey trilogy which he co-authored with Arthur C. Clarke. Baxter is often regarded as Clarke’s successor in the world of science-fiction writing, while his other influences include H.G. Wells and Brian Aldiss. Baxter’s love of science fiction began in childhood, and by his teens he was already writing his own stories. His first published works were short stories, through which he experimented with different styles and began to gain confidence in his own literary ‘voice’. For Baxter, as for all science fiction writers, the challenge is to combine ideas with an engaging narrative and convincing characters. Baxter’s background is academic, and his fiction is based on detailed and conscientious scientific research, often addressing vast and profound ideas on a grand scale. However, he is also highly imaginative, entertaining and attentive to the importance of plot and characterisation (though characterisation is certainly not his strongest point). As one reviewer says of Baxter’s 2002 novel, Evolution: "[Baxter’s] aim is one Wells would heartily endorse: to breathe life into a scientific theory – evolution by natural selection. The result is a powerful fusion of science and imagination" (P.D. Smith, ‘The shadow of the beast’, The Guardian, 21 December 2002).

Baxter’s first published short story was ‘The Xeelee Flower’ in Interzone magazine (no. 19, Spring 1987). From this arose the idea for his first novels, the Xeelee sequence: Raft (1991), followed by Timelike Infinity (1992), Flux (1993) and Ring (1994). (The sequence also includes a collection of short stories and several novellas.) These early works were highly acclaimed and revealed Baxter’s ability to create detailed and believable alternative worlds in which the reader can become completely immersed. The Xeelee sequence is also incredibly ambitious and epic, spanning the history of the universe (though the books were not published in chronological order). Baxter is usually regarded as a ‘hard’ science-fiction writer, and these novels are packed with scientific detail – in Raft, humans are living in an inhospitable universe, in which gravity is one billion times stronger than it is on Earth. Many centuries earlier, their space-traveller ancestors accidentally entered this world and failed to escape, and now its capacity to support human life is coming to an end. Raft’s central character, a scientific apprentice named Rees, is propelled by intellectual curiosity, and readers accompany him on his journey of incredible discovery and learning. This character, and those that feature in the rest of the sequence, are fairly believable, although Baxter’s characterisation is stronger in later works. Readers who are not scientifically trained may also find some of the scientific sections in the Xeelee sequence a little too intellectual.

One of Baxter’s most highly acclaimed works is Time Ships (1995), the authorised sequel to H.G. Wells’s The Time Machine. Again, this is an ambitious work, for writing a sequel to a classic novel by another author is a risky business, but Baxter succeeds superbly and his novel is well-loved by sci-fi readers as well as applauded by critics. At the end of The Time Machine, the Time Traveller sets off on more adventures – announcing that he will "be right back" – and Baxter thus takes up where Wells left off. Having failed to save his Eloi friend Weena from the cannibal Morlocks, the Traveller tries once again to rescue her. However, he discovers that his time travelling has altered the future, and the novel abounds with paradoxes, multiple universes and an endless quest for knowledge and understanding. Baxter’s detailed scientific research and inventiveness combine with a perceptive understanding of Wells’s novel, creating a new work of fiction which is both faithful to the original and an impressive novel in its own right, embodying Baxter’s epic style.

This epic approach to science fiction, in which Baxter poses big questions about life, humanity and the universe, continues in the Manifold trilogy: Time (1999), Space (2000) and Origin (2001). The trilogy explores the evolution of humankind and the history of the cosmos, positing multiple possibilities and alternative realities, particularly with regard to the possible existence of other life-forms in the universe. Baxter explores Fermi’s Paradox, which posits that there has been enough time for other life-forms to develop, yet thinks: "If they existed, they would be here" (Enrico Fermi). The same characters feature throughout the trilogy, but each of the three novels offers a different answer to Fermi’s Paradox. Baxter’s detailed and logical speculations and extrapolations subvert our self-centred notion that humans are at the centre of the universe, suggesting the insignificance of our place in the grand scheme of things. Again, the weakness is characterisation, but the plot is gripping and fast-paced. Fans of hard science fiction will not be disappointed by the vast scale of ideas and intellectual debate, presented in a manner which is entertaining and imaginative as well as extremely thought-provoking.

Baxter’s recent works have been highly acclaimed, particularly Flood (2008) and its sequel, Ark (2009). Instead of space-travel, Flood concentrates on Earth – specifically, the plight of the planet under global warming – and thus strikes a chord with the fears of contemporary readers. The seas have risen dramatically, from 1.5 metres in 2010 to 200 metres by the middle of the twenty-first century and, consequently, most of the Earth’s surface has been submerged and millions die. In Ark, we are once again in the realms of space-travel, as a chosen few travel to the planet Earth II, on a long-haul mission to find a new habitation for mankind. As always, Baxter’s narrative abounds with hard science, as one reviewer comments: "we receive a crash course in everything from oceanography to meteorology, with a smattering of other science besides" (Eric Brown, The Guardian, 23 July 2008). Yet this does not detract from the gripping nature of these two novels: in both Ark and Flood, the disaster story is dynamic and engaging, as Baxter offers a compelling picture of the worst-case scenario of environmental disaster. Although the outlook for the planet is bleak, the main characters are strong and spirited, and represent humanity’s determination to survive. They are depicted in more psychological depth than those in Baxter’s earlier works, and he pays more attention to the intimate details of their lives and experiences. However, he does not lose sight of the bigger picture in which these individuals are struggling to survive, and once again presents a story of epic proportions.

In 2009, Baxter published Starfall, a novella which accompanies the Xeelee sequence. 2010 will see the publication of Xeelee: An Omnibus, comprising Raft, Timelike Infinity, Flux and Ring.