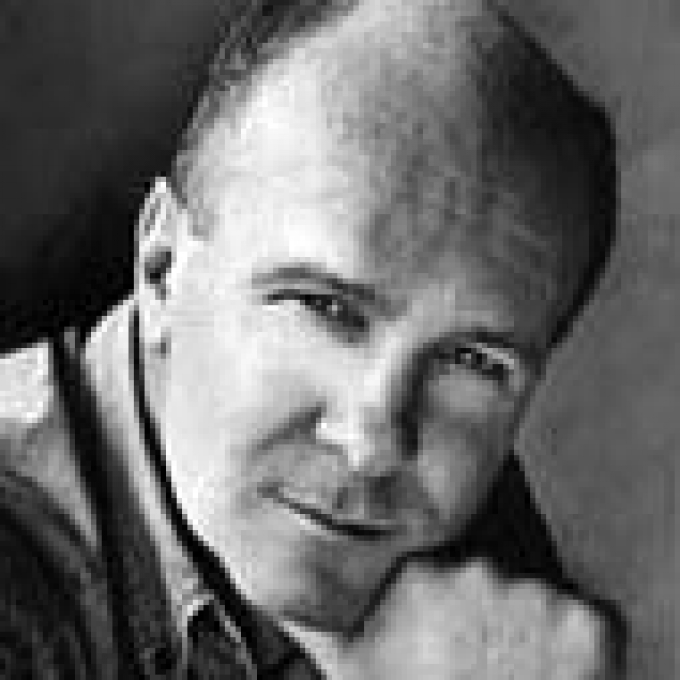 Simon Winchester is a writer and regular contributor to magazines and newspapers including Condé Nast Traveler and National Geographic.

He is the author of several books, including works of travel writing, history and acclaimed biography, including The Surgeon of Crowthorne (1998).

The Map That Changed the World (2001), is the story of William Smith, the 19th-century engineer and father of modern geology; and Krakatoa - The Day the World Exploded: 27 August 1883 (2003), explores the drama surrounding the 19th-century eruption of the Javan volcano. The Meaning of Everything: The Story of the Oxford English Dictionary (2003), was shortlisted for the 2003 British Book Awards History Book of the Year, and A Crack in the Edge of the World: America and the Great California Earthquake of 1906 was published in 2005.

Bomb, Book and Compass: Joseph Needham and the Great Secrets of China (2008) - is the story of the pre-eminent China scholar, and was published in 2008. His most recent book is The Alice Behind Wonderland, an exploration of Lewis Carroll's creation of the Lewis Carroll classic.

Simon Winchester was awarded an OBE in 2006, and was elected an Honorary Fellow of St Catherine's College, Oxford, in 2009, and continues to publish widely on geological subjects.

During his account of a 300-mile walk for his travel book Korea: A Walk Through The Land of Miracles (1988), Simon Winchester mentions the excellence of American aerial navigation maps that he bought at Stanford’s in Covent Garden, where, as he sardonically remarks, ‘most of the world’s journeying seems properly to begin’.

Such maps have been invaluable during his career as a leading foreign correspondent for more than 30 years, reporting from many countries and writing features for The Guardian, The Sunday Times Magazine and latterly Condé Nast Traveler. He has lived and worked all over the world but for particularly long periods in New York and Hong Kong. Alongside Winchester’s robust sense of Britishness goes his affinity with cultures in which the work ethic co-exists with sensuality, as in his many encounters while exploring Korea, Japan, China, and elsewhere in Asia. He relishes the physical aspects of travel – its endurance and risk (which on occasion extends to the local food and drink). Above all, he is interested in the people, their history, personal stories, and languages. Indeed, his apparently diverse books are united by a love not just of travel, but also for words and language. He points out, for instance, that the Koreans are ‘the only people in the world who have a national holiday to celebrate the invention of their system of writing’. The English language itself forms the background to his best-selling book, The Surgeon of Crowthorne (1998), about the most notorious contributor to the original Oxford English Dictionary. Geology is also a sub-theme within his travel books (he graduated from Oxford with a degree in the subject) and his personal enthusiasm comes through in The Map that Changed the World (2001), his biography of William Smith, a pioneering 19th century geologist.

For his world-travelling books, Winchester makes many journeys, whether by air, sea, car and coach, but essentially by walking. This gives him a literally down-to-earth view, for instance in South Korea, where his walk to the border took him via fishing villages and bath houses, bars and brothels, a ginseng factory and American military bases, meeting Buddhist monks, senior politicians, and women diving for abalone. (He also describes rewarding himself for the trek with a sensual four-girl ‘Seoul Haircut’). He learns, along with the reader, the cultural significance of ‘loss of face’. As a travel writer he admires the Victorians, especially Robert Louis Stevenson’s In the South Seas (1900), and contemporaries such as Bruce Chatwin, James Fenton and his friend Jan Morris. But Winchester’s prose is more workmanlike than romantic; he gives us an unerring eye for details, information distilled from a wide variety of sources, and an authentic sense of ‘being there’. As a distinguished journalist concerned with foreign affairs and politics, he is well-connected but has often had run-ins with officials, the military and the police. Winchester combines his patriotism with at times trenchant criticism of British institutions and Foreign Office policy.

Ironically, he first came to prominence after being arrested in Patagonia on suspicion of being a British spy, and spent three months incarcerated, the period of the Falklands War, the subject of his Prison Diary, Argentina (1983). And Winchester’s most outstanding travel book probably remains Outposts (1985), subtitled ‘Journeys to the surviving relics of the British Empire’, which took him three years and 100,000 miles of travelling. The author’s foreword to the updated 2003 edition calls it ‘an affectionate … poignant, and on occasion sentimental account of my wanderings’. Full of entertaining sidelights on Imperial history, it also records some tense encounters, as when his chartered yacht reaches a ‘deserted paradise’ in the islands of Diego Garcia, only to be warned off the American military base there. Winchester always gives us the history, parochialism and even pathos of a place. The most engaging parts of the book are the small and obscure places, like the islands of St. Helena (where, due to their Dickensian inversion of v and w, ‘The people … all sound like friends of Sam Weller’), Pitcairn, Ascension, and Tristan da Cunha, though he is highly informative about Hong Kong and Gibraltar.

The Pacific (1991) is his largest book, with over 450 pages and many maps, the discrete essays intended to add up to ‘a complicated mosaic of many peoples, tongues and places, religions, philosophies and histories’. We experience the rigours of a train journey across the trans-Baikal mountains, hear about teak bandits in the jungles of Sarawak, the Ainu (‘hairiest people on earth’), and observe him taking passion fruit juice with the King of Tonga. There are ruminations on the International Date Line, the yen, the role of Confucian philosophy in business success, and exchanges with a Hispanic gang leader in East Los Angeles. When Winchester describes a rural shop in Darien, we really see it, full of ‘dried and black shaved carcasses of goats, tins of condensed milk and posters of Madonna’. The River at the Centre of the World (1996) is a richly detailed account of an exhausting journey up the Yangtze, guided by a woman who keeps up their running argument about Sino-British relations. Among numerous insights into Chinese history and character, we sample local whiskey and tea (‘Cha’) and brave the dangerous roads. After camping in a ferocious Tibetan hailstorm, Winchester finds the headwaters of the river near a Lamasery, and insouciantly lights up the cigar he has been saving.

The Surgeon of Crowthorne (1998) is in a different vein, but equally compelling. It rescues from obscurity Dr W. C. Minor, a convicted murderer held for decades in Broadmoor, who became a vital contributor to the largest intellectual project of the Victorian era, the Oxford English Dictionary. Each chapter is prefaced by a significant word and its definition in the OED: mysterious, murder, polymath, philology et al. Winchester’s journalistic skills brought him not only contemporary newspaper accounts and court transcripts, but also access to secret psychiatric files. He remarks that through Minor’s life, the murder being preceded by strict religious upbringing, traumas during the American Civil War, paranoid delusions, and even self-mutilation, ‘I could perhaps create some kind of prism through which to view the greater and even more fascinating story of the history of English lexicography’. This aim he achieves in The Meaning of Everything: The Story of the Oxford English Dictionary (2003), though inevitably with some of the same material. Here the great lexicographer James Murray and his idiosyncratic colleagues come into focus, following their travails over 70 years. Particularly striking is a meticulous reconstruction of the celebratory Dictionary Dinner in 1928, with which the book opens. Winchester’s account of their predecessors, notably Samuel Johnson, and the ever-changing English language itself, is, as in all of his books, well-informed and highly readable. He brings the OED story up to the present, and gives the massive enterprise a human face.

2015
Pacific: Silicon Chips and Surfboards, Coral Reefs and Atom Bombs, Brutal Dictators, Fading Empires, and the Coming Collision of th eWorld's Superpowers
2015
When the Earth Shakes:Earthquakes, Volcanoes, and Tsunamis
2013
The Men Who United the States: America's Explorers, Inventors, Eccentrics and Mavericks, and the Creation of One Nation, Indivisible
2011
The Alice Behind Wonderland
2011
Atlantic: A Vast Ocean of a Million Stories
2008
Bomb, Book and Compass: Joseph Needham and the Great Secrets of China
2005
A Crack in the Edge of the World: America and the Great California Earthquake of 1906
2003
The Meaning of Everything: The Story of the Oxford English Dictionary
2003
Krakatoa - The Day the World Exploded: 27 August 1883
2001
America's Idea of a Good Time
2001
The Map That Changed the World
1999
The Fracture Zone: A Return to the Balkans
1998
The Surgeon of Crowthorne
1997
The River at the Centre of the World
1995
Small World
1992
Pacific Nightmare
1991
The Pacific
1988
Korea: A Walk Through the Land of Miracles
1985
Outposts: Journeys to the Surviving Relics of the British Empire
1983
Prison Diary, Argentina
1983
Stones of Empire: The Buildings of the Raj/Jan Morris
1981
Their Noble Lordships: The Hereditary Peerage Today
1976
American Heartbeat: Some Notes from a Midwestern Journey
1974
In Holy Terror: Reporting the Ulster Troubles

@simonwwriter I am humbled, and proud. And two pounds off! https://t.co/mJYezDRgW9
(2 days ago)

@simonwwriter Whether it is her ceramic bowls at #MassMOCA or this new exhibit in Prague, the blatant copying of my wife's creati… https://t.co/tihSEK1ooj
(6 days ago)

@simonwwriter Can someone explain why I am getting all these tweets about #plumbing? I know nothing at all about the art and craf… https://t.co/3QFx254lpq
(10 days ago)

@simonwwriter RT @DeanJobb: Spotted in the wild at #Toronto's Pearson Airport - The Case of the Murderous Dr. Cream, keeping company with @exlarson @simo…
(12 days ago)

@simonwwriter This most delicious #scandal https://t.co/FsAjTP59n1 is made all the more piquant for #British readers by the princ… https://t.co/KM9P5vPnDl
(14 days ago)